What To Look Forward To Ahead Of Today’s Premiere Of “Do You Like Brahms?”

SBS’s new romance drama “Do You Like Brahms?” is gearing up for its premiere!

“Do You Like Brahms?” tells the story of classical music students chasing love, happiness, and their dreams. Park Eun Bin stars as Chae Song Ah, a violinist who sets out to pursue her love of music later in life than her peers. Kim Min Jae plays Park Joon Young, a world-renowned pianist.

Below are four reasons to anticipate the drama!

1. The transformation of Park Eun Bin and Kim Min Jae into musicians

This drama will see the collaboration of Park Eun Bin from “Stove League” and Kim Min Jae from “Dr. Romantic 2.” Park Eun Bin will transform into Chae Song Ah, who has unrivaled passion for the violin but lacks sufficient talent, and Kim Min Jae will become Park Joon Young, a famous pianist who was the first Korean to place second in the international Chopin Competition. Immediately after being cast, the two actors poured their all into practicing their respective instruments. Viewers can look forward to their musical acting as well as the perfect chemistry the pair will demonstrate throughout the drama. 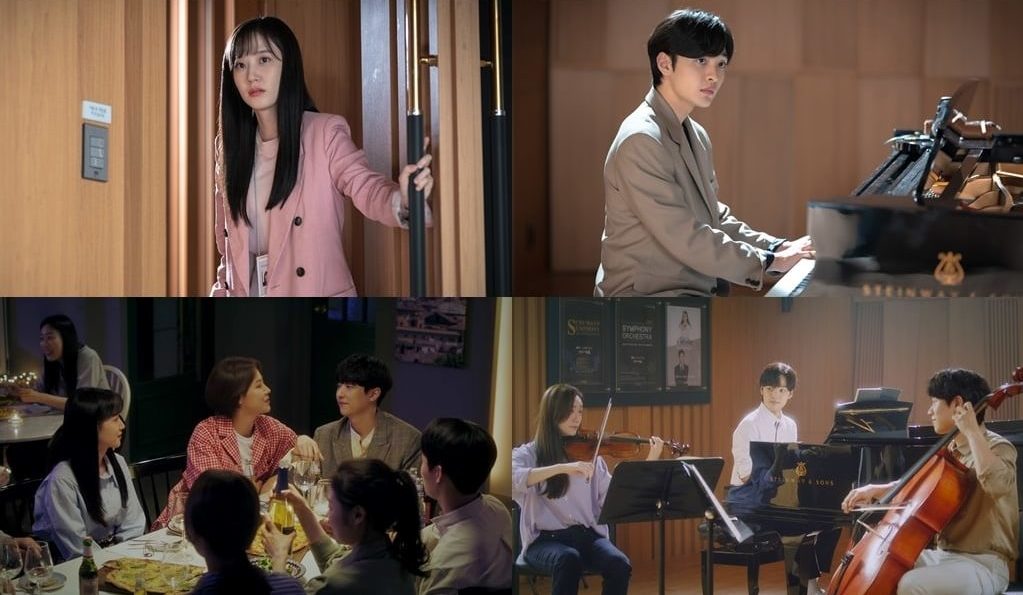 2. A story full of relatable and comforting moments

Although hard work can be considered a talent, there are plenty of people who easily accomplish something that you might have given your utmost effort to achieve. “Do You Like Brahms?” may deal with the world of classical musicians, but it will speak to anyone who has ever struggled with the gap between the dreams they want to achieve and the reality that they have to face. Viewers will feel comforted by the story of the 29-year-old protagonists who chase after their dreams and pursue the ones they love.

3. A classical OST sure to delight your ears

The classical music in the drama will accompany the characters through their various situations and emotions. Viewers are already anticipating the original soundtrack (OST) after hearing the beautiful classical melodies in the previously released teasers. The OST will feature a star-studded lineup that includes Girl’s Generation’s Taeyeon, EXO‘s Chen, g.o.d, Heize, Punch, and more.

4. Compelling love triangles that straddle the borders of friendship and love

Doubling as the title of the drama, “Do you like Brahms?” is a quote referring to the story of the composer Johannes Brahms, who had a long-time crush on Clara Schumann, the wife of his close friend and fellow composer Robert Schumann. Just like the story of the three composers, the characters of the drama will be involved in love triangles of their own. Park Joon Young and his longtime musician friends Han Hyun Ho (Kim Sung Cheol) and Lee Jung Kyung (Park Ji Hyun) will make up one love triangle, while Chae Song Ah will secretly struggle with her feelings for Yoon Dong Yoon (Lee Yoo Jin), whom her close friend Kang Min Sung (Bae Da Bin) also likes. Viewers are certain to be swept up in the emotions and tension created by the two love triangles.

“Do You Like Brahms?” premieres on August 31 at 10 p.m. KST and will be available on Viki.