Jay Park Hints At Upcoming Collab + Talks About Wanting To Produce An Idol Group, His Secret To Happiness, And More

Jay Park recently teamed up with Cosmopolitan magazine for a photo shoot and interview!

Last year, Jay Park’s label AOMG launched a hip hop audition program called “Sign Here” with MBN. Regarding the decision to work with a smaller broadcasting company, Jay Park commented, “People who create broadcasts only need to focus on viewership ratings. Since we are the people who maintain and help evolve this culture, we have to think endlessly on our own. Rather than playing within the boundaries made by the producers, we wanted to create a program where we could showcase ourselves to the public the way we wanted. We worked with MBN because although they are comparably lower in terms of influence and gaining traction, we wanted to collaborate with people who respect artists and reflect their opinions.” 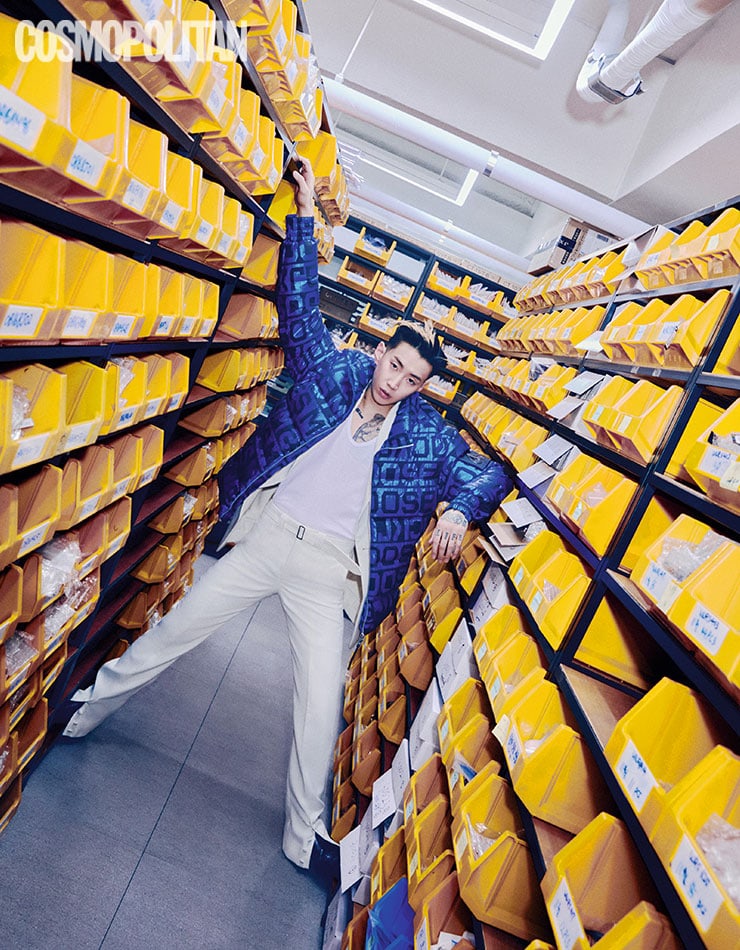 The interviewer mentioned that in the past, they were impressed when Jay Park gave the same answer to the same question he was asked twice. The question was what photo he would want used if he became the face on the 100,000 won (approximately $84) bill. Jay Park previously answered, “If I achieved something great enough to be featured on money, I hope it’s because I made a positive change in the world or did something impossible. I don’t want to remain just a cool and good-looking musician.”

Jay Park responded with a laugh, “Oh, even I think that sounds impressive.” He continued, “Although it’s hard to imagine a singer appearing on money, if that were to become a reality, I hope it’s a photo of myself when I’m around 50 to 60 years old. While I’m active [as a singer], I’m busy maintaining my career, so I can’t do anything else. If I’m leading some kind of change, it has to be when I’m not active. I want it to capture myself when I’ve grown older and no longer need to be ambitious as the celebrity Jay Park.” 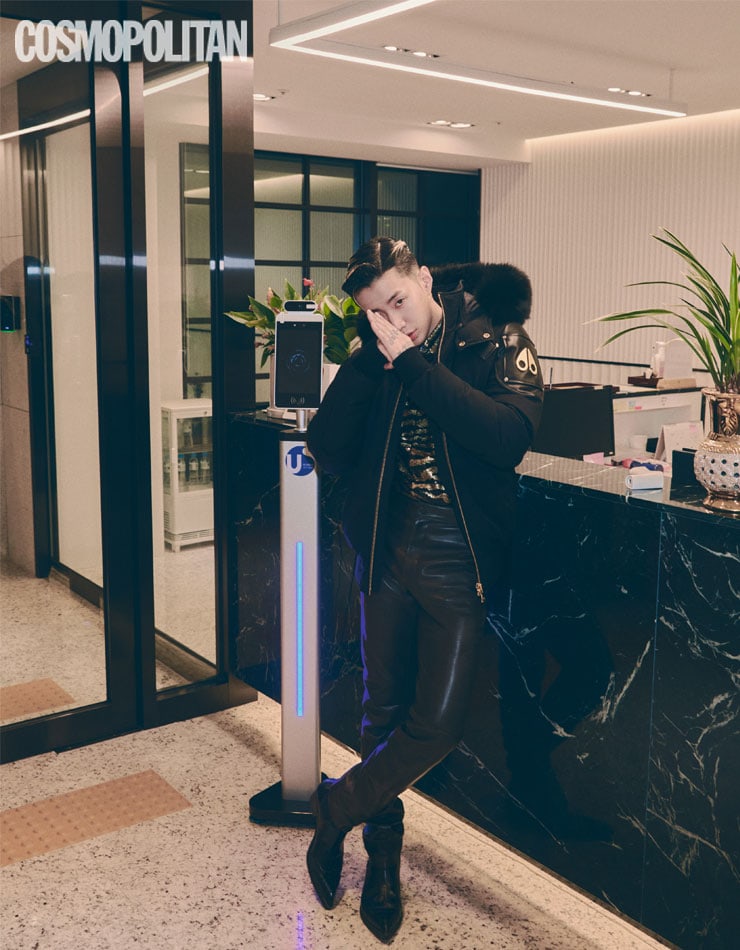 The interviewer then asked Jay Park about how he occasionally alludes to retiring soon, despite being in his prime as an artist. Jay Park explained while laughing, “Since before, I did say I would retire in a couple years, but I never said I would do so immediately. It’d be best to leave when I can, after working my hardest and not having any regrets. I have to stop when people miss me and say, ‘You’re so good, why?’ I don’t want to retire to comments like, ‘He’s lost his touch, he’s out of style.’ Since I can’t please everyone, I’m going to leave when I want to.”

He added, “In the future, I want to produce an idol group. When I think about it, Jay Park’s brand image is being diligent and doing everything properly, no matter what that may be. I think that with idols, I’d be able to create a really cool team. I’m confident.”

Since he’s been focused a lot on supporting his junior artists recently, the interviewer asked what Jay Park’s plans for himself were. The singer commented, “My contract with Roc Nation is up, so I’ve been thinking about whether to renew or not. It was a great opportunity, but I do have to remain in Korea due to COVID-19. Instead, I’m preparing a really incredible collaboration. We’re done producing and mixing. It’s a duet song with a top female star, but that’s the only hint I’ll give. At first, we planned for an October release, but it keeps changing. If we’re lucky, I think fans will be able to see it within the year.” 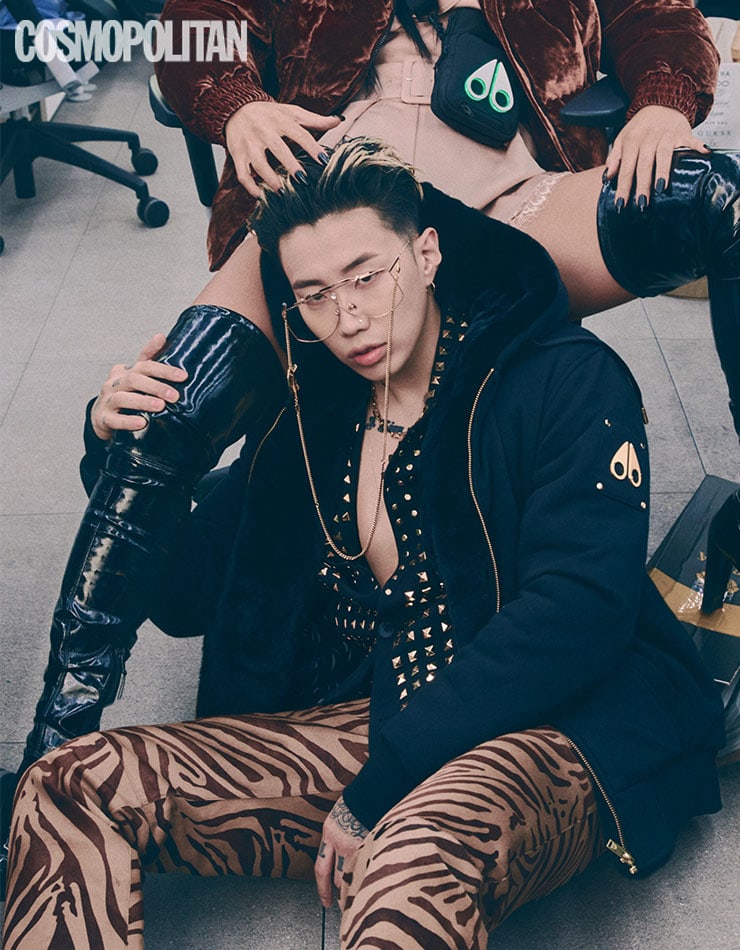 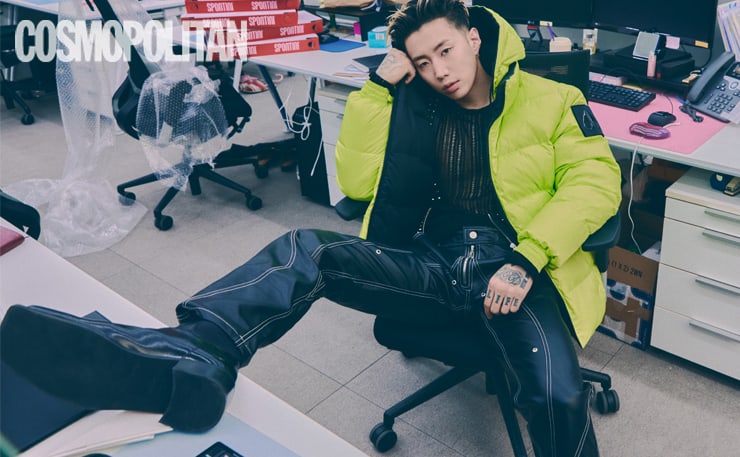 For Cosmopolitan’s 20th anniversary, the interviewer asked what Jay Park thought fellow people in their twenties and thirties needed. He answered, “People. You need to have people by your side who elevate you and do not bring you down. Making lots of money, buying nice items, and having a nice car is not important. The happiness and joy that brings is very temporary. Rather than that, it’s important to have good friends whom you can create your life with.”

He continued, “Don’t end friendships with people over small things. Even if I’m upset, I try to be as understanding and considerate for the other person no matter what. I really cherish my relationships and really work to continue making them. Forming a relationship takes a big sacrifice and involves a ton of understanding, patience, and consideration. However, to be happy, you need to go through that and be with those you’ve built that strong bond with. To be honest, I have money and am someone who could have everything. Doesn’t hearing me talk like this make you think I have a point? After meeting many people and experiencing a variety of situations, I really sincerely feel that good people are not things you can buy with money.”

Cosmopolitan
Jay Park
How does this article make you feel?