“18 Again,” which is based on the American film “17 Again,” will tell the story of a man on the brink of divorce who suddenly finds himself back in the body of his 18-year-old self, when he was a rising basketball star. Yoon Sang Hyun will play the older version of the protagonist, while Lee Do Hyun will star as his teenage counterpart.

Although the drama was initially scheduled to begin airing on September 7, its premiere was delayed when JTBC temporarily halted all drama production in order to prevent the spread of COVID-19.

The producers of “18 Again” have now announced, “The premiere date has officially been finalized, and the drama will begin airing on September 21.”

They added, “We sincerely thank all of the viewers who have been waiting for ’18 Again’ for a long time. To make up for the long wait, we are currently doing everything we can to bring you an even more romantic, relatable, and entertaining drama. We ask that you show a lot of anticipation for ’18 Again.'”

JTBC also released a playful new poster for the upcoming drama. The poster shows Jung Da Jung (played by Kim Ha Neul) sitting next to her husband Hong Dae Young, who is split into his younger and older selves.

The caption reads, “My husband, who seemed like my nemesis, has become 18!” 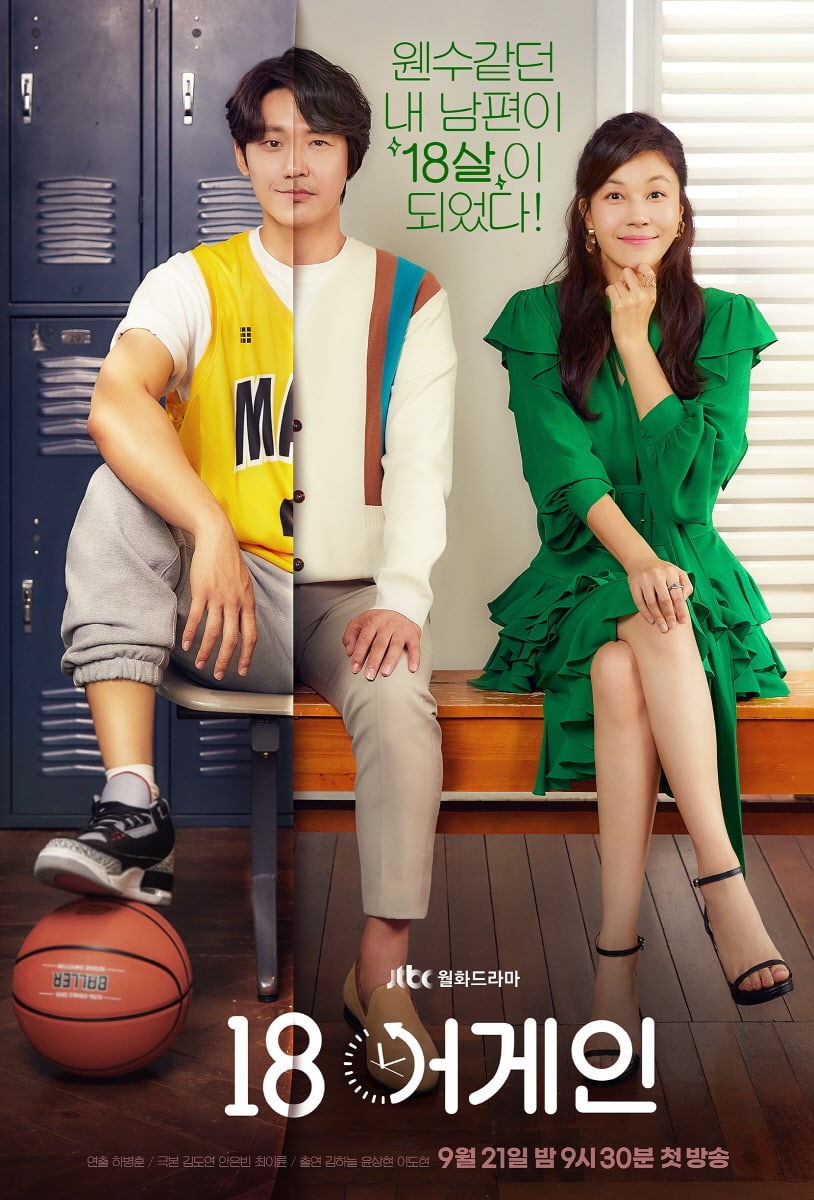