The upcoming drama “18 Again” has released a new behind-the-scenes video of its lead cast!

Based on the American film “17 Again,” “18 Again” is about a man on the brink of divorce who suddenly finds himself back in the body of his 18-year-old self, when he was a rising basketball star. Yoon Sang Hyun plays the older version of the protagonist, Hong Dae Young, and Lee Do Hyun plays the teenage version who goes by the name of Go Woo Young. Kim Ha Neul plays his wife, Jung Da Jung.

The new teaser released by JTBC shows a behind-the-scenes interview on the day that the three actors shot the poster for the drama. The questions, which were all either/or, were based on key themes from the drama. 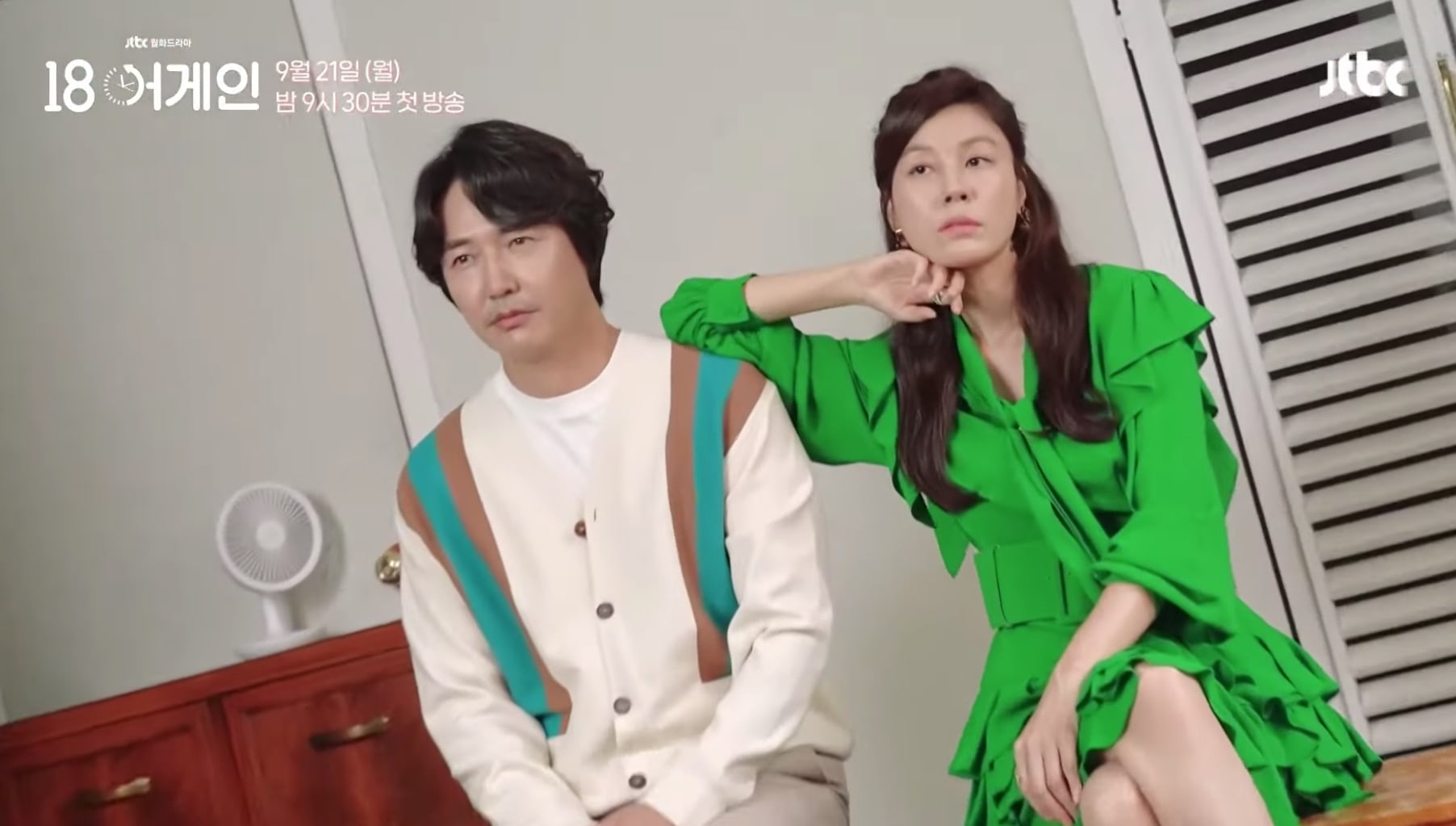 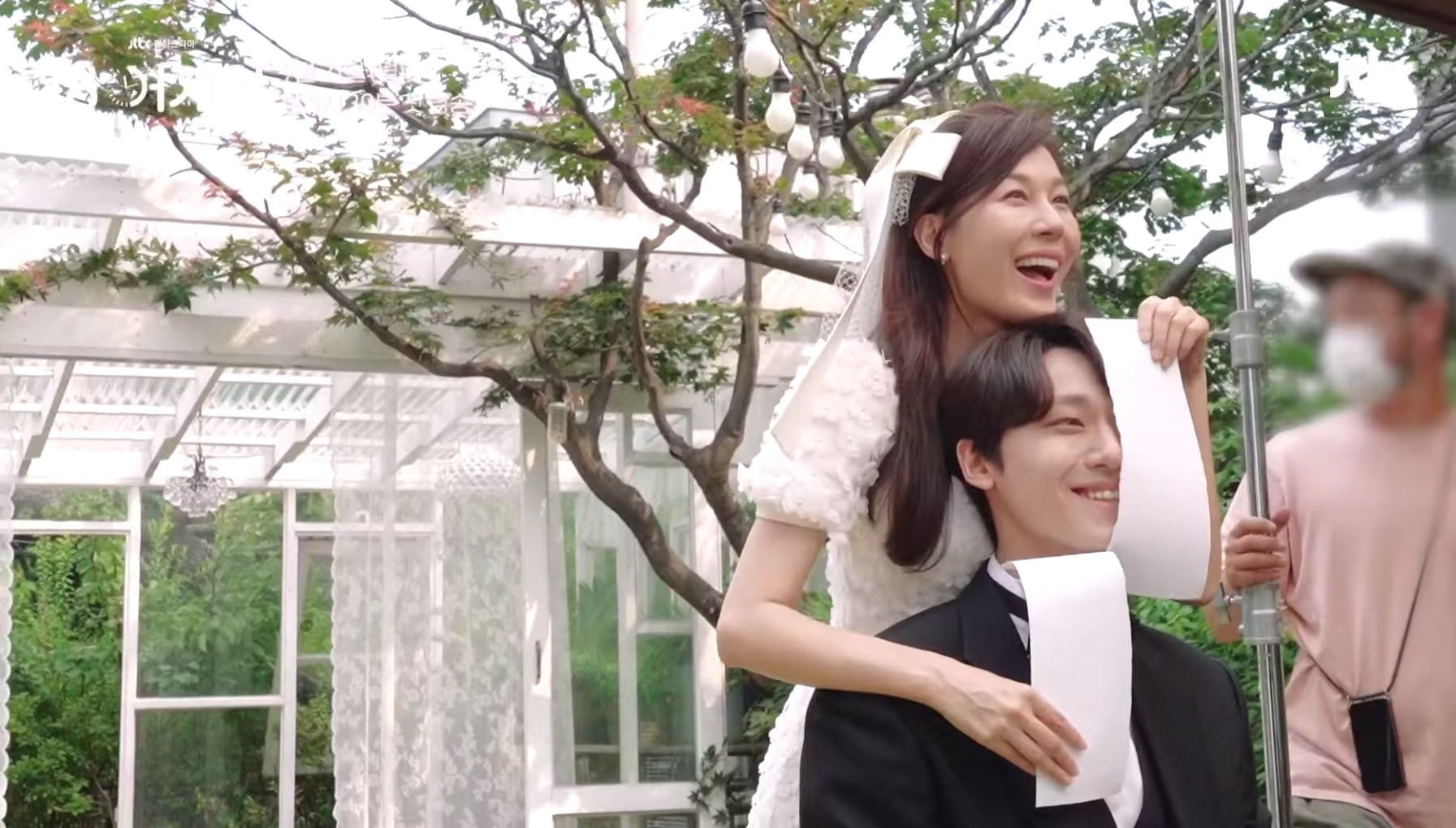 Asked if they were an introverted or extroverted student back in their school days, Yoon Sang Hyun picked the latter. “I was always thinking, ‘How do I make my friends laugh?'” he said. “I was never able to stay still.” Kim Ha Neul said she was a quiet student and said, “I was really shy and wasn’t able to do presentations.” Lee Do Hyun said, “I was an extroverted student throughout elementary and middle school, but when I went to high school, I moved districts and became more introverted as a result.” 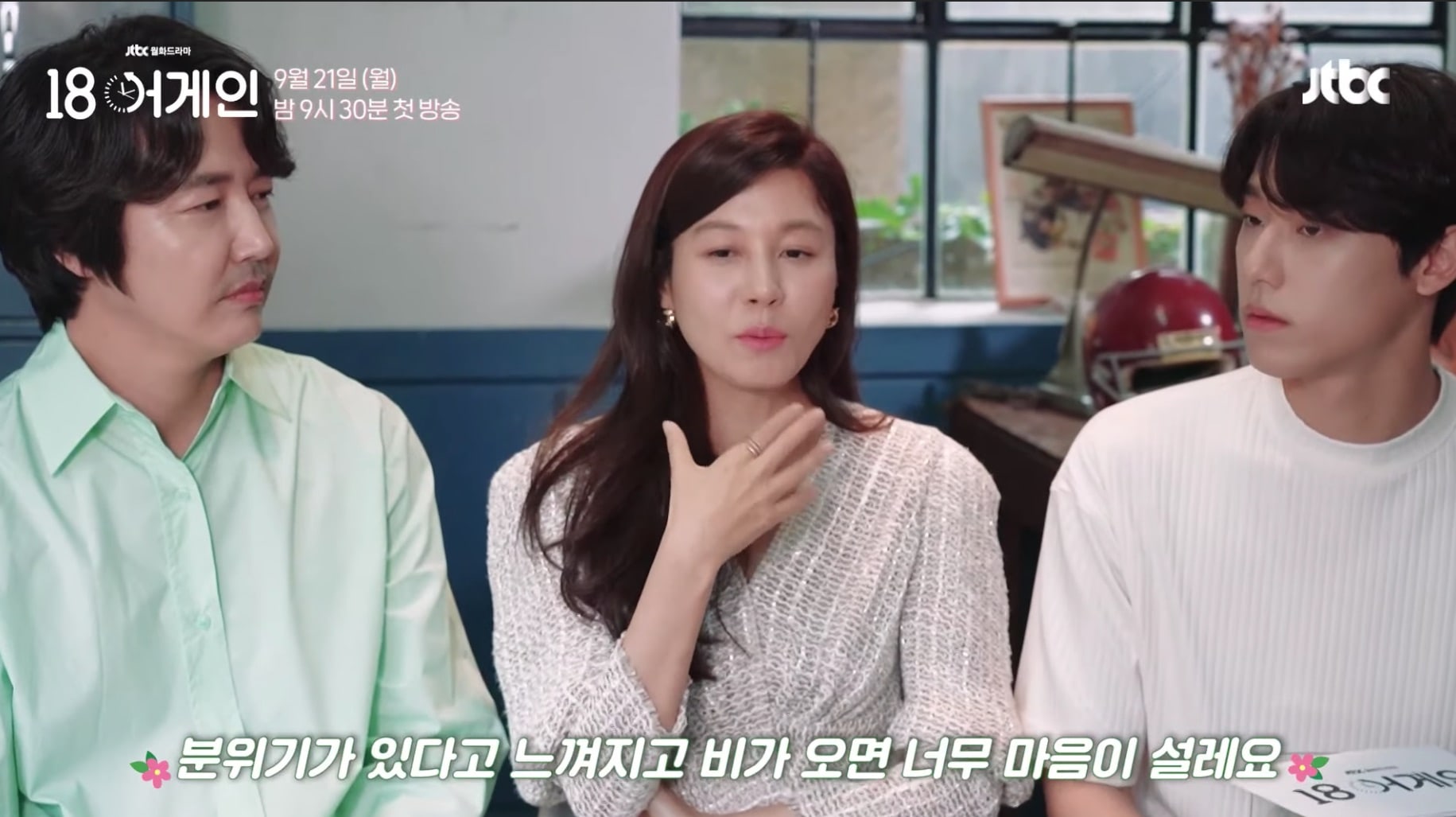 As the drama has a lot of scenes in the rain, the actors were then asked to pick whether they preferred rainy or sunny days. Lee Do Hyun picked sunny days, while Kim Ha Neul picked rainy days “for the atmosphere.” Yoon Sang Hyun went along with Kim Ha Neul’s choice but added, “Now that I have kids, I find that I prefer sunny days.”

Yoon Sang Hyun said, nonplussed, “But I have children.” He added, “My wife actually mentioned this while I was working on the drama. She asked if I’d be able to go back and leave the kids.” He continued, “If I did go back, I’d want to go back to the second half of my twenties, after I was discharged from the army. Because of work, I’ve never been able to just go out and have fun.” 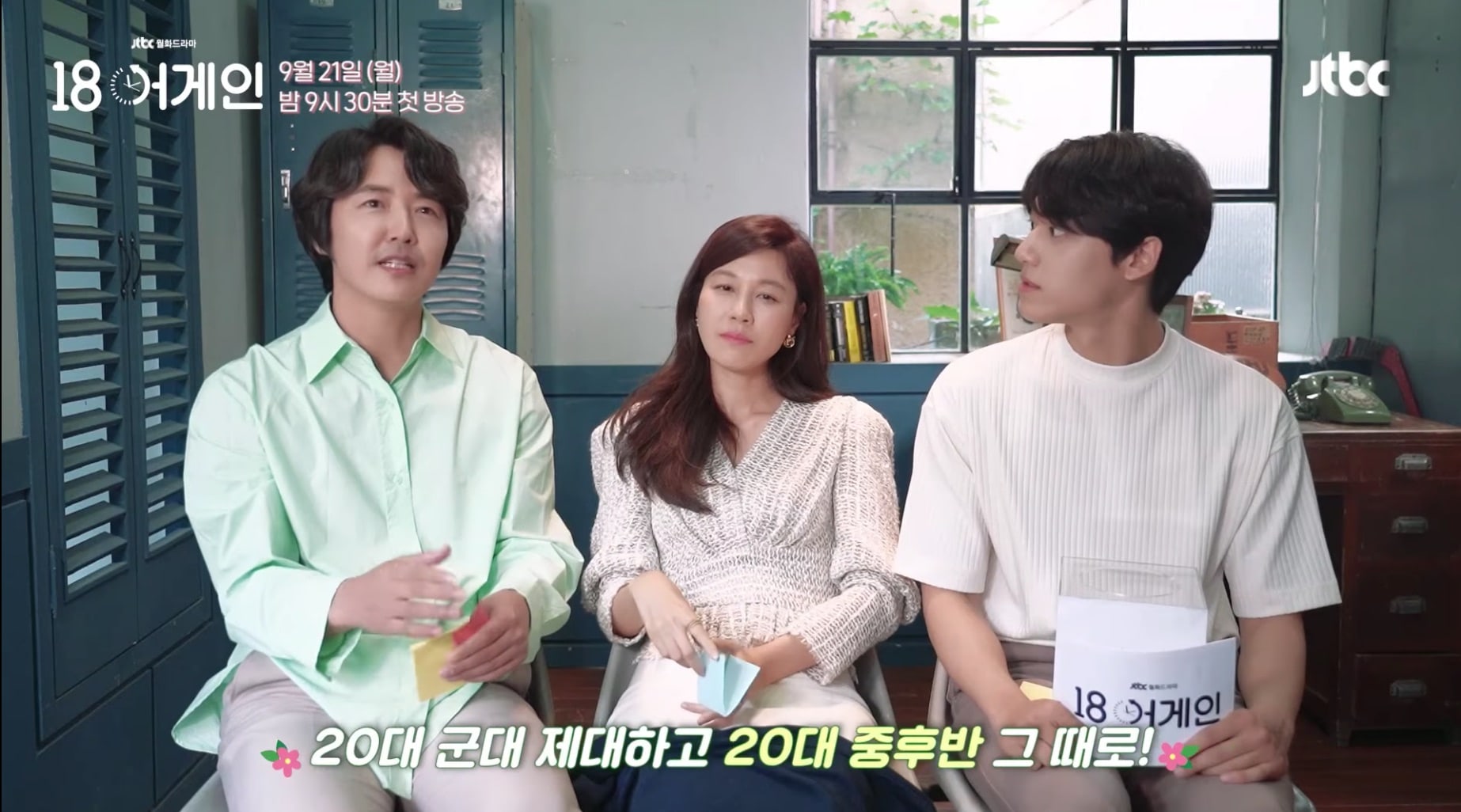 Kim Ha Neul said, “One of the times in my life that I enjoyed the most was high school. I have so many good memories with my friends in high school. I loved wearing the uniform and going to school every day. But in reality, I have a baby now.”

Lee Do Hyun, the only unmarried and childless one of the three, said that he would go back. “I’d live more passionately,” he said. “I was too caught up in my studies and only went to private lessons. [If I went back], I’d go outside and run around and play with my friends more.” Kim Ha Neul and Yoon Sang Hyun said, “But it hasn’t even been that long for you. You can still count how many years it’s been since you graduated high school. We can’t do that anymore.”

In the meantime, check out Lee Do Hyun in “Hotel Del Luna” below!