Lee Dong Wook portrays the gumiho Yi Yeon, who once ruled as a living god of the Baekdudaegan Mountain Range but now lives in the city. He travels between this world and the underworld while working as a judge who punishes monsters that disturb the world of the living. Due to a rare scandal, he has been working at the immigration office for 600 years. Jo Bo Ah plays PD Nam Ji Ah who runs a program about supernatural entities. Behind her innocent face is a competitive person who is on the search to find her parents who went missing after a strange traffic accident 21 years ago.

The newly released main poster shows Yi Yeon and Nam Ji Ah fiercely locking gazes. In the dark night with dimly lit buildings in the background, the two shine bewitchingly beneath the moonlight as they lean in close. However, unlike the beautiful background, the two people exchange deep gazes that create a cold atmosphere. Furthermore, Nam Ji Ah exudes a volatile aura as she grasps Yi Yeon by the collar. 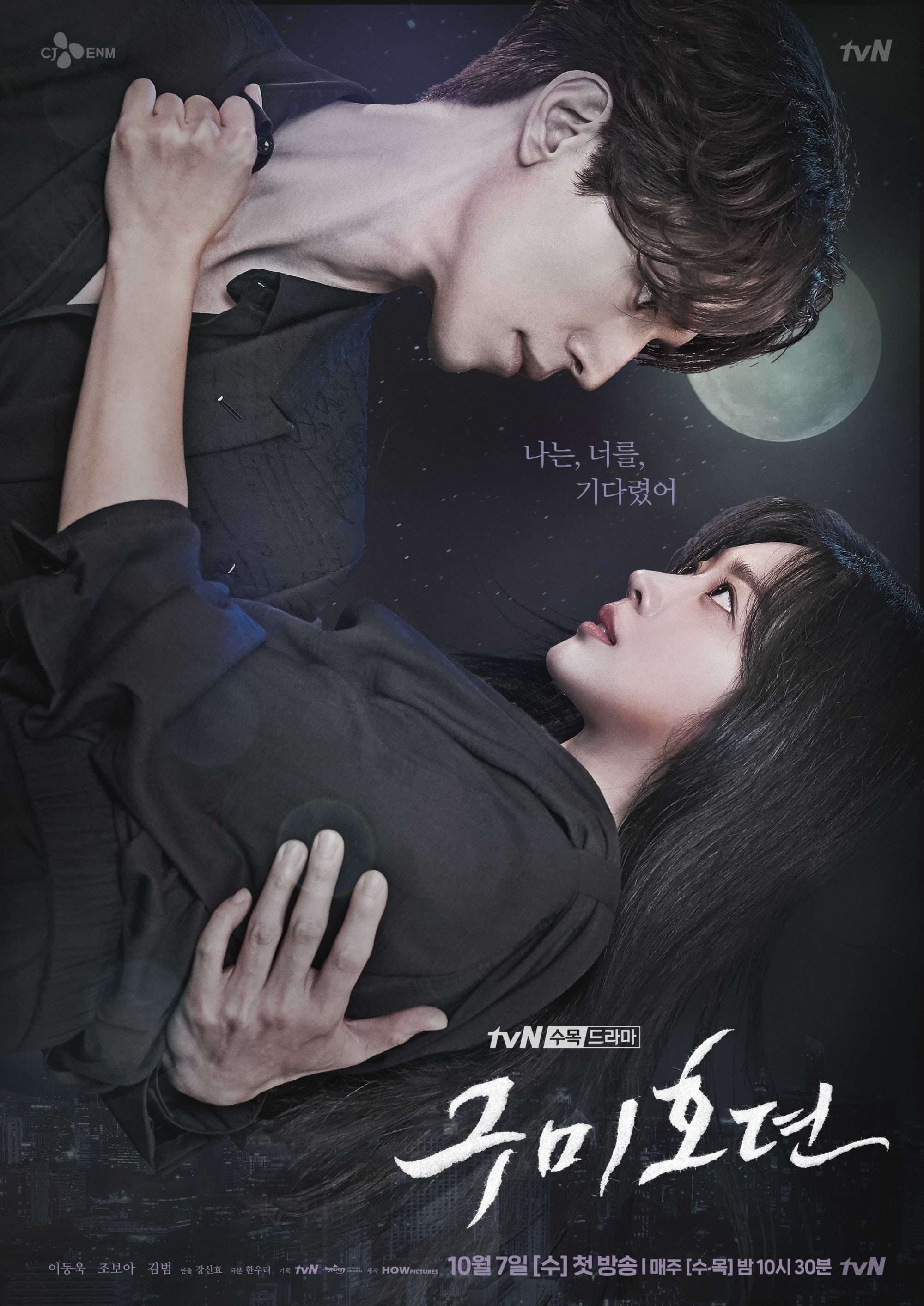 Nonetheless, the two are drawn towards each other and unable to take their eyes off of one another. They complete a tense scene for the poster with the emotions they portray. Furthermore, the text on the poster reads, “I waited for you,” raising curiosity as to whether Yi Yeon is the person Nam Ji Ah has been crazily searching for and what relationship the two could have.

The photos for the poster were taken in August, and the two rehearsed amidst a warm atmosphere as Lee Dong Wook playfully joked around to prevent Jo Bo Ah from feeling awkward while he had to hold her close. As soon as they began filming, the two actors completely transformed into their respective roles to create a powerful image.

In the meantime, watch Lee Dong Wook on his talk show “Because I Want to Talk” below!