Former MBLAQ member Thunder appeared as a guest on the September 9 episode of MBC’s “Radio Star.”

During the episode, he talked about setting up his own one-man agency. “I don’t even have any employees,” he said. “I do all the work. I was at Mystic Entertainment, but I wanted to do my own kind of music, so I set up my own label.”

About his sister, Sandara Park, who is an MC on the show “Video Star,” he said, “I speak satoori [dialect] with my sister at home, but when we’re on TV together, we have to speak in standard dialect and it’s awkward. That’s why I don’t really talk when we’re on the same show.” 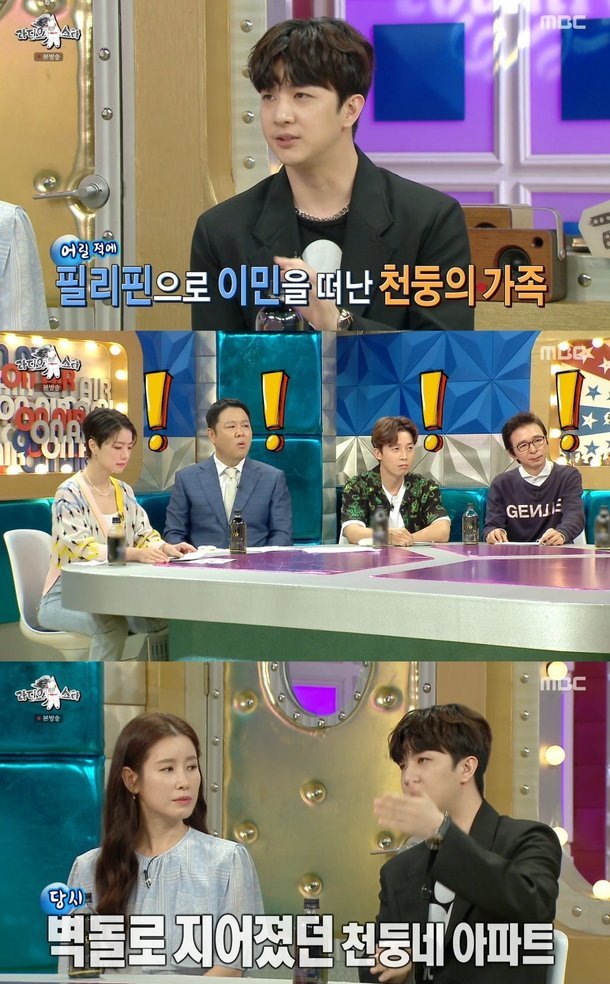 He talked about an experience during his time in the Philippines when he was young. “My family moved to the Philippines when I was five,” he said. “I was sleeping with my mom when the bed started shaking. The next morning, we found that all the floors were cracked. It was the biggest earthquake I’d ever experienced in my life. It was terrifying.” 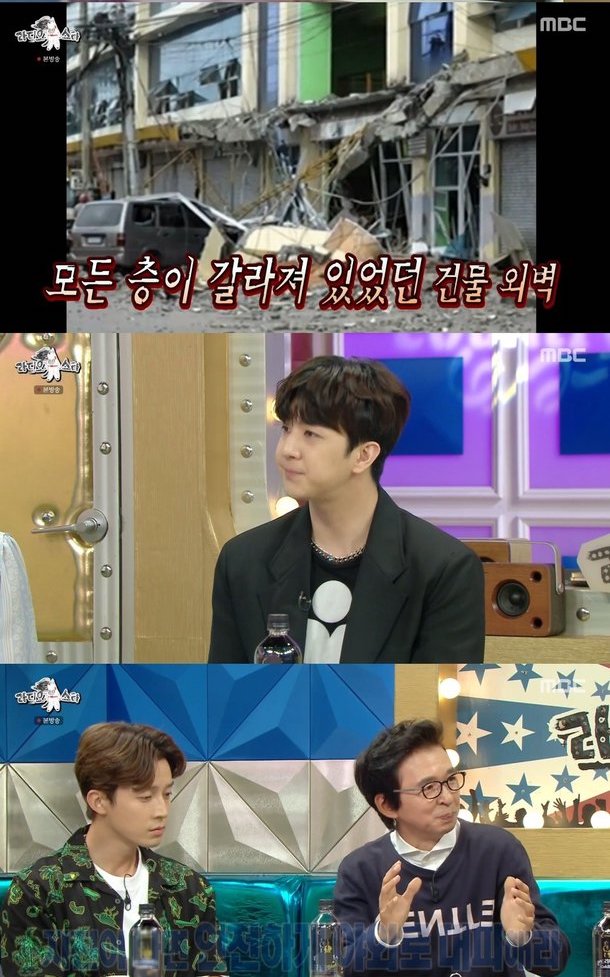 Thunder also talked about his YouTube channel, explaining that he had given up on being entertaining from the outset. He said, “Mir and G.O [other former members of MBLAQ] are doing well as YouTubers. I’m not in the same line as them. I love watching Netflix, so I filmed a vlog like a movie. Even while I was editing it, I thought it wasn’t very entertaining. There’s no real point to watching them.”

Lee Tae Ran commented, “I watched some of his videos yesterday. He was filming a mukbang [eating broadcast], but he didn’t say anything and just ate. I watched until the end, thinking, ‘He’s going to say something eventually,’ but he really just kept eating until the very end. Strangely, you do keep watching it.” 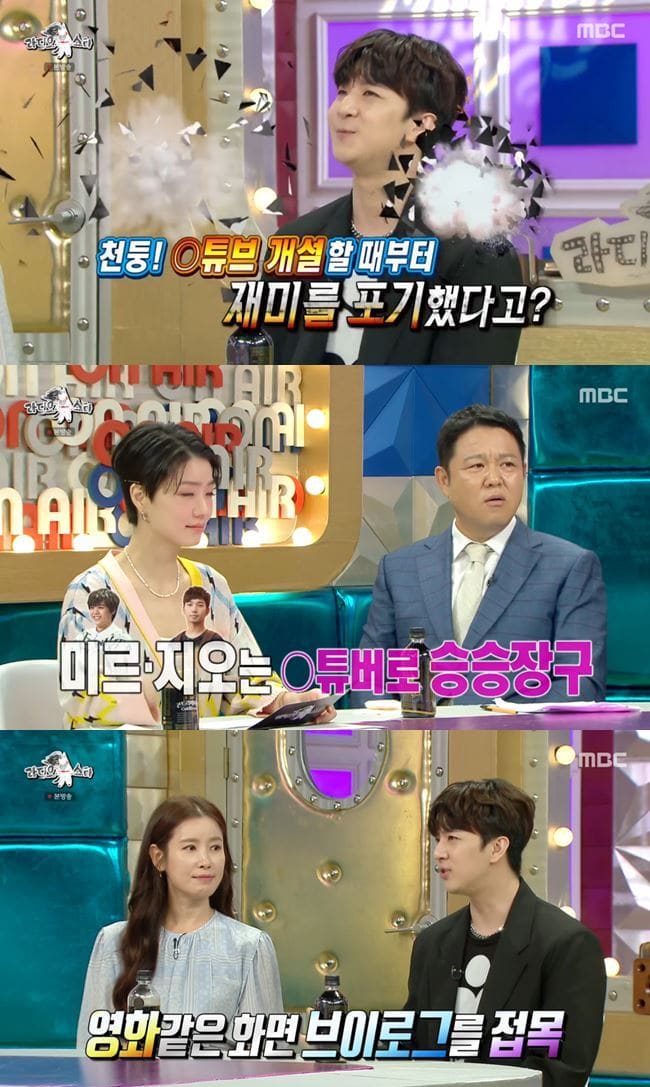 Sandara Park
MBLAQ
Radio Star
Thunder
How does this article make you feel?