Refund Expedition Members Get Closer As Yoo Jae Suk Searches For The Perfect Song In “How Do You Play?”

On the September 12 episode of MBC’s “How Do You Play?”, the Refund Expedition members bonded over the past.

The episode began with “Jimmy Yoo” (Yoo Jae Suk) meeting Song Eun Yi at a café. Song Eun Yi is a comedian who is also active as a musician, producer, and agency CEO. She and Yoo Jae Suk have been friends for 30 years. 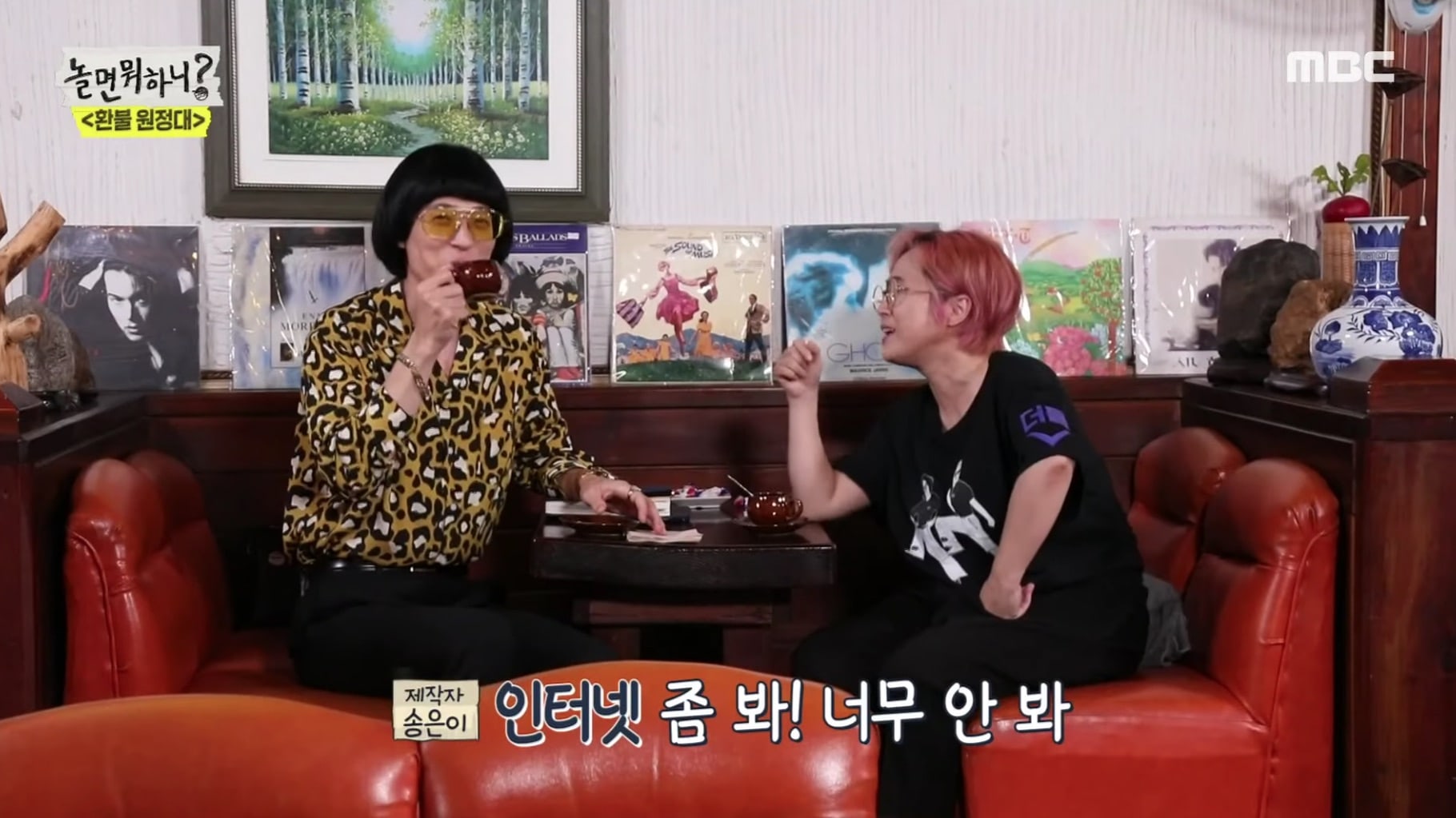 She continued, “A CEO has a lot to do. You have to take calls, clean the bathroom, find a place for the music video to film, and organize the office. All of that takes money. Celeb Five’s music video cost 74,000 won [about $60].” Asked how she kept costs down, she said, “We remodeled a lot of clothes. Instead of buying new clothes, we would just switch around our costumes. The real issue is the cost of meals. You have to limit the food costs. You have to find a center.”

Asked about the profits of her podcast with Kim Sook, she said, “It’s fun,” cracking Yoo Jae Suk up. She added, “I’m happy being the CEO. It’s demanding physically but it makes me happy emotionally. But I keep thinking of that friend whom I left behind at my old agency [a reference to Yoo Jae Suk].” Flustered, Yoo Jae Suk said, “If you try and scout him, it’ll definitely make the news.”

Yoo Jae Suk then met with Jessi (Eun Bi), MAMAMOO’s Hwasa (Sil Bi), and Uhm Jung Hwa (Man Ok). Lee Hyori (Chun Ok) was not present because she had been unable to come up from her home in Jeju Island due to the typhoon. Instead, she showed up via video call with her dogs and her “boyfriend”, George Lee (Lee Sang Soon).

Jessi, Hwasa, Uhm Jung Hwa, and Yoo Jae Suk then held a “jam session” in order to become closer. Hwasa said, “Uhm Jung Hwa’s ‘Invitation’ was one of the most important songs in my life. I don’t remember her songs from when I was younger, but I can clearly recall ‘Come 2 Me.’ That was when I became her fan.” Jessi added, “I came to Korea in 2004 and begged my mom to buy me a tape. She was a complete Madonna.”

After going through some of her past hits, Uhm Jung Hwa was surprised by the entrance of Kim Jong Min, who used to be her backup dancer. He performed with her and later said, “She was so surprised. She acted like she’d seen something she wasn’t supposed to see.” He added, “Uhm Jung Hwa is the star that I like and respect the most. The peak of my popularity was when I was part of her dance team. I debuted afterward in Koyote and a lot of fans left. I even got a handwritten letter that said, ‘I woke up when I heard you talking.'”

The Refund Expedition members continued to dance and sing to Uhm Jung Hwa’s old songs and Uhm Jung Hwa even brought her past stage outfits to give to her junior artists.

At a different meeting, Uhm Jung Hwa prepared a meal for the other members, this time including Lee Hyori. Lee Hyori commented, “This is the first time in 10 years that I’ve been here, but it hasn’t changed at all. In the past, I was really surprised. I just lived in the moment but Uhm Jung Hwa took care of herself even though she lived alone. It made me reflect a little.”

Lee Hyori then talked about their past pets and joked, “Because I’m preparing to get pregnant, I can’t drink wine and my husband can’t smoke. We’re busy day and night.” 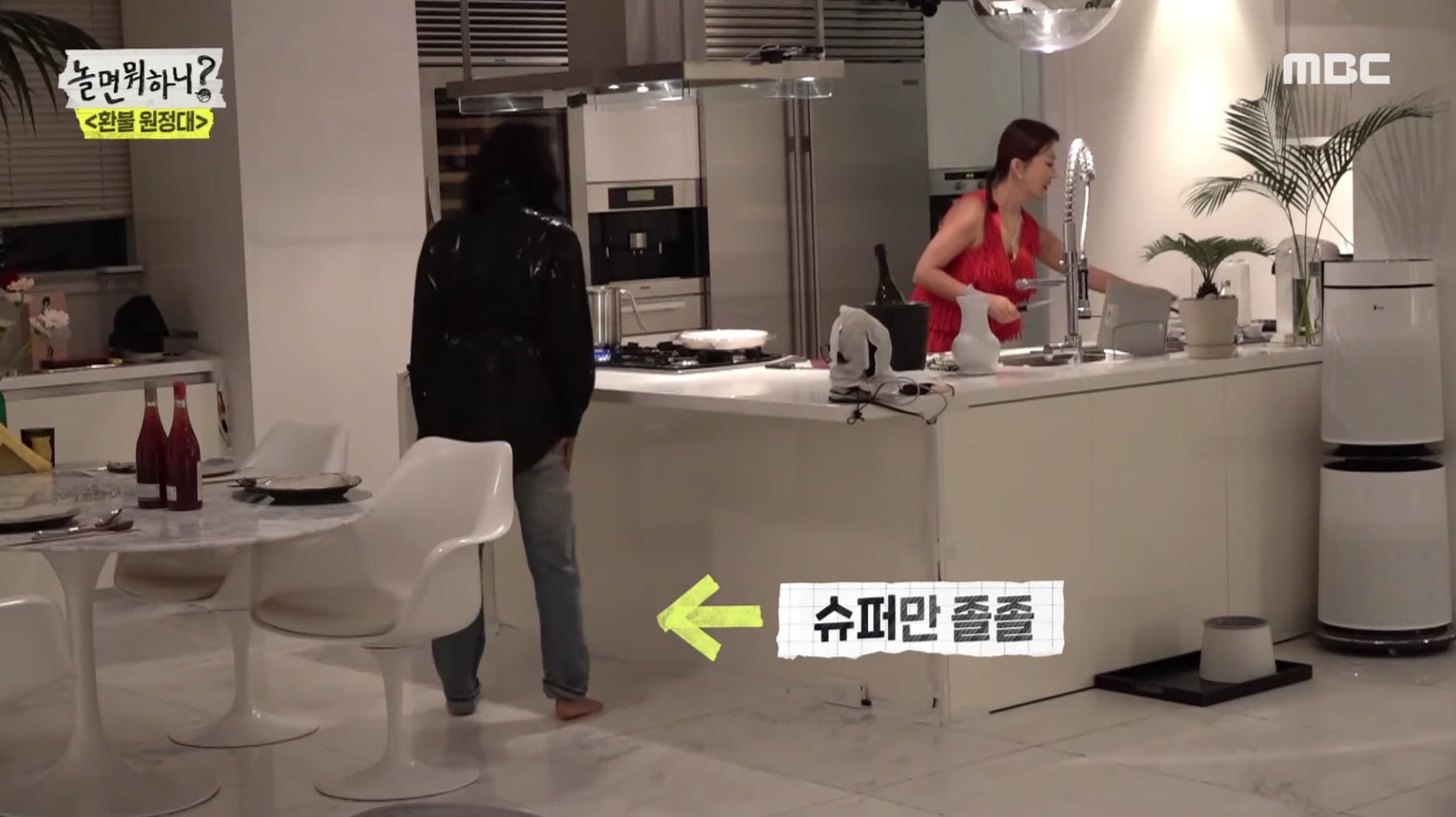 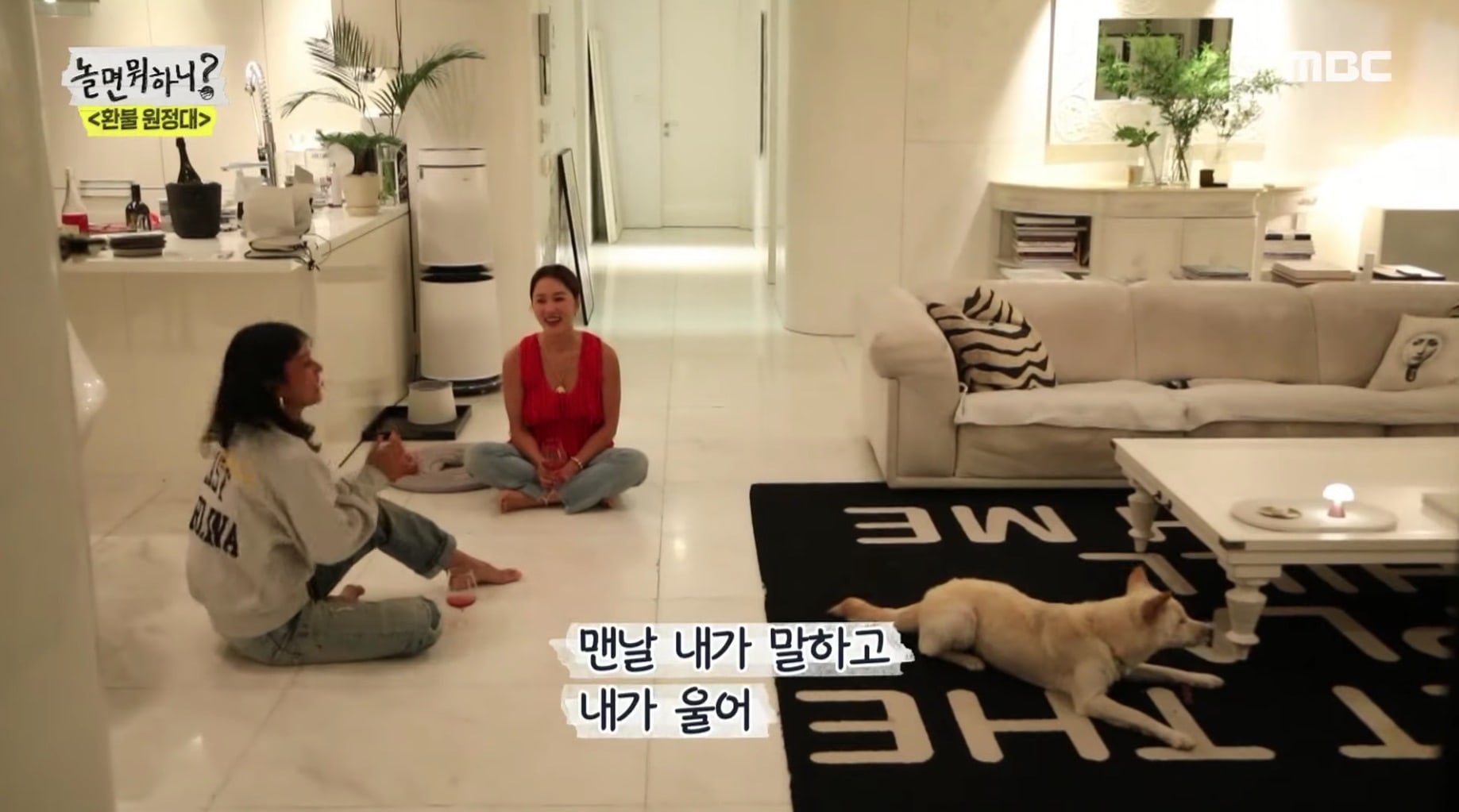 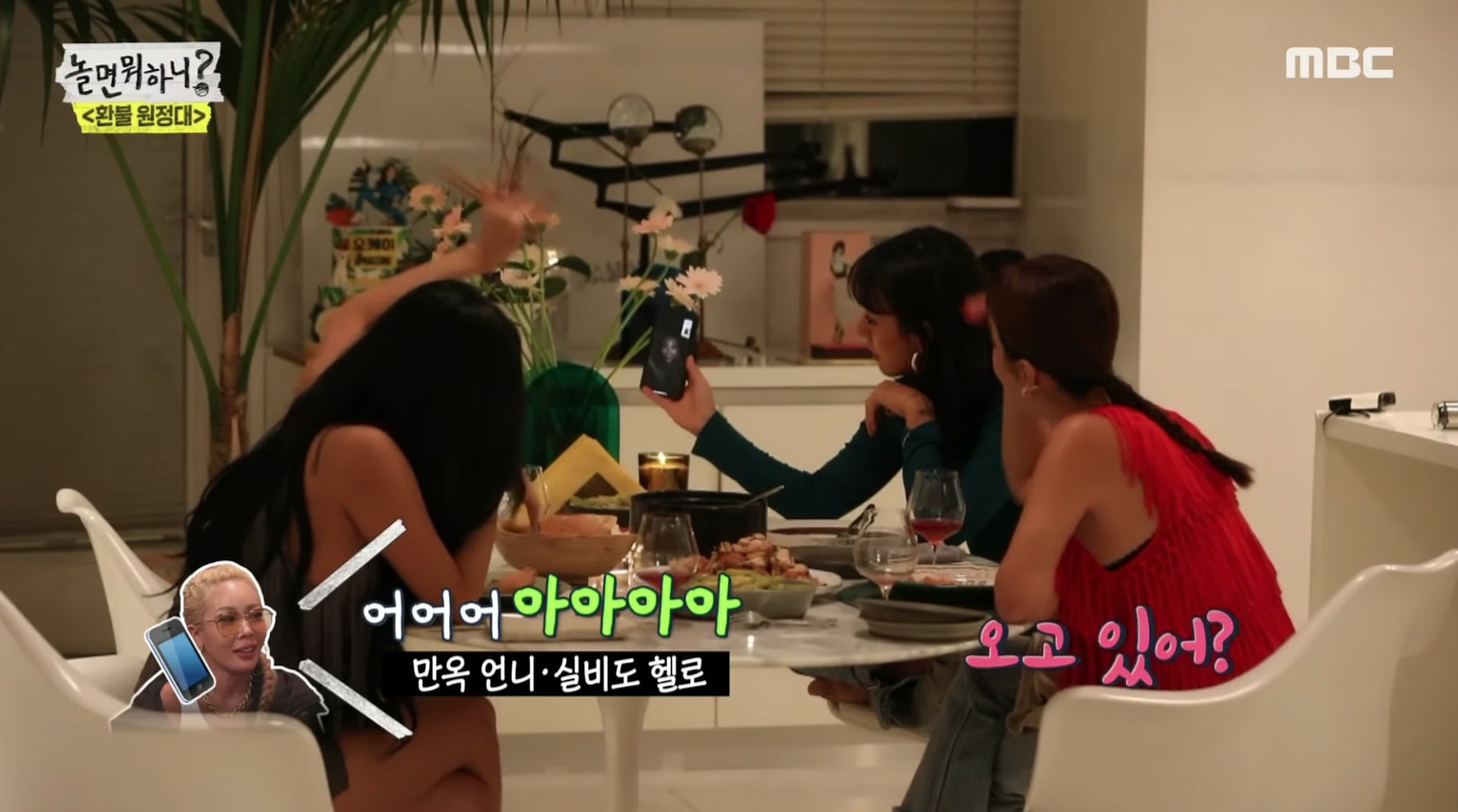 Meanwhile, Yoo Jae Suk met with the producer Rado to discuss Refund Expedition’s debut song. Rado is part of the duo Black Eyed Pilseung and has produced songs like SISTAR’s “Touch My Body,” Chungha’s “Roller Coaster” and “Gotta Go,” and TWICE’s “Cheer Up,” “TT,” “Likey,” “Fancy,” and more. At his request, Rado showed Yoo Jae Suk some songs from his “secret vault.” 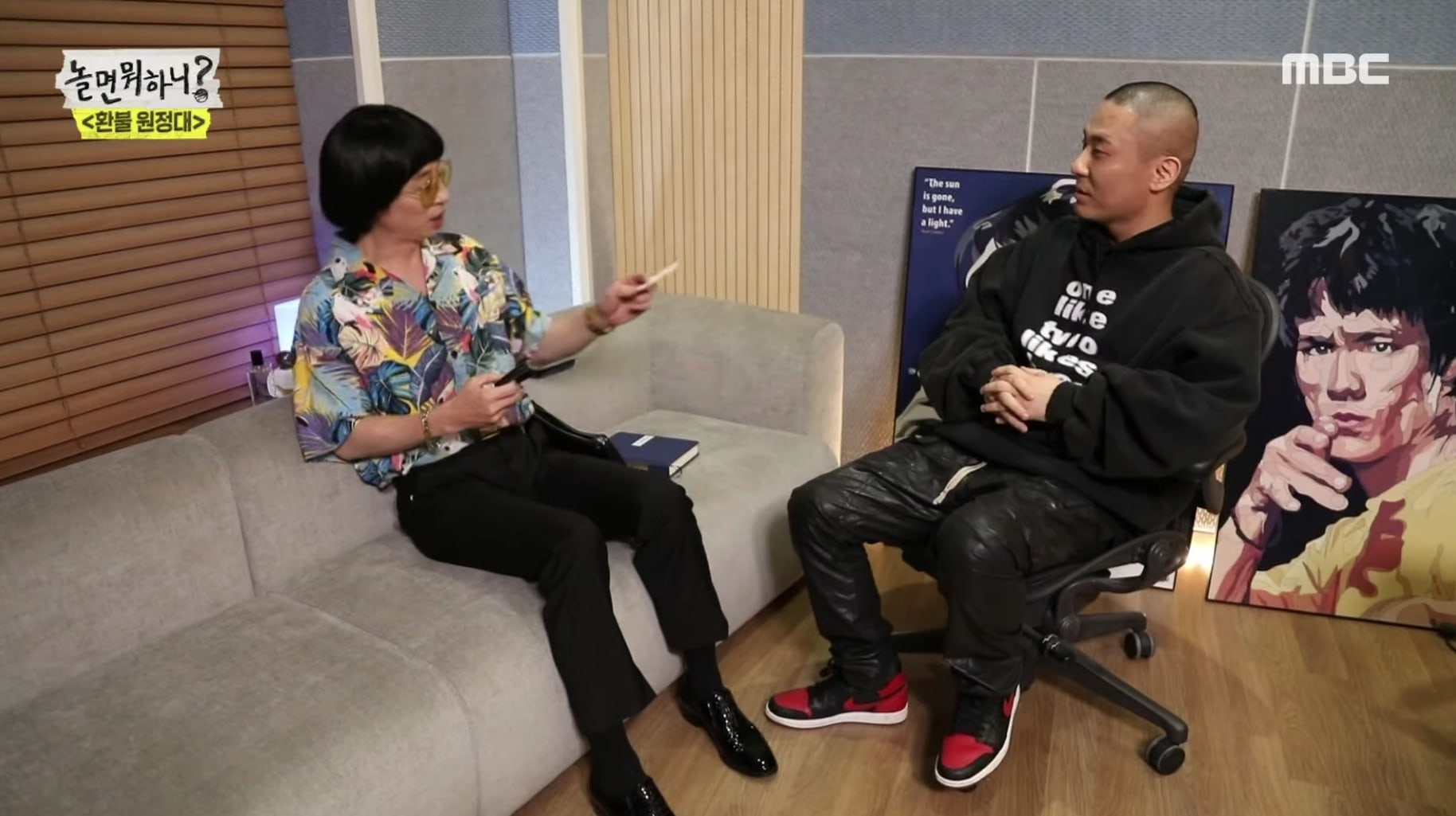 Check out “How Do You Play?” below!