tvN’s Monday-Tuesday drama “Record of Youth” has released new stills ahead of the upcoming episode!

Previously, Ahn Jung Ha finally met her favorite model Sa Hye Joon for the first time but concealed the fact that she was his fan by pretending to be a fan of Sa Hye Joon’s friend and fellow model Won Hae Hyo. Although awkward at first, Ahn Jung Ha became friends with Sa Hye Joon, leading viewers to anticipate the youthful romance that could possibly follow.

In the new stills, Ahn Jung Ha spots Sa Hye Joon as he browses the bookshelves, gazing at him with a delighted smile. Another still shows Sa Hye Joon facing Ahn Jung Ha as they converse, curiosity and interest evident in his eyes. In the final still, the pair takes a picture together, smiling brightly as Sa Hye Joon holds up his phone. The warm atmosphere between them suggests that there may be a change happening in their relationship. 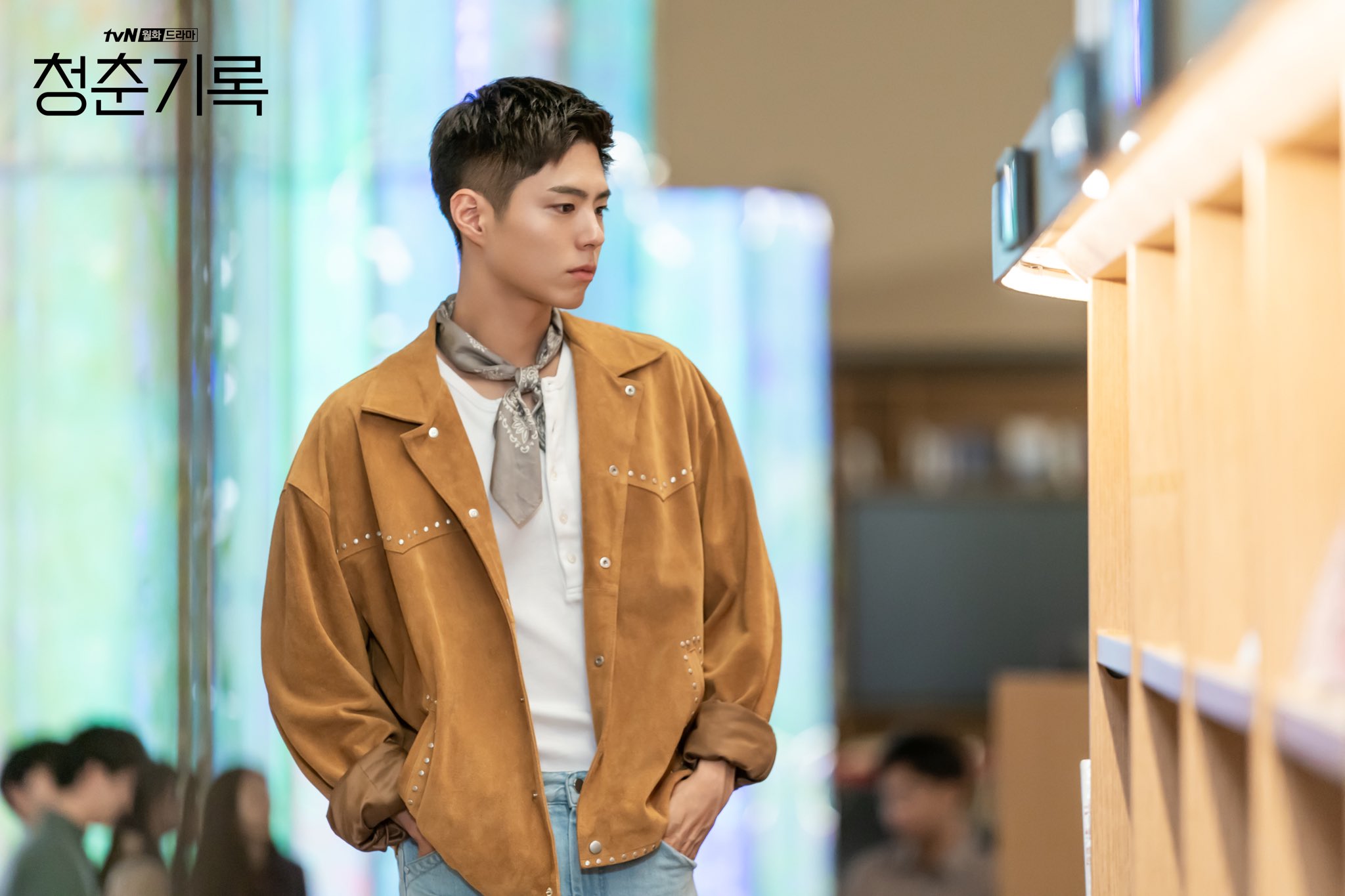 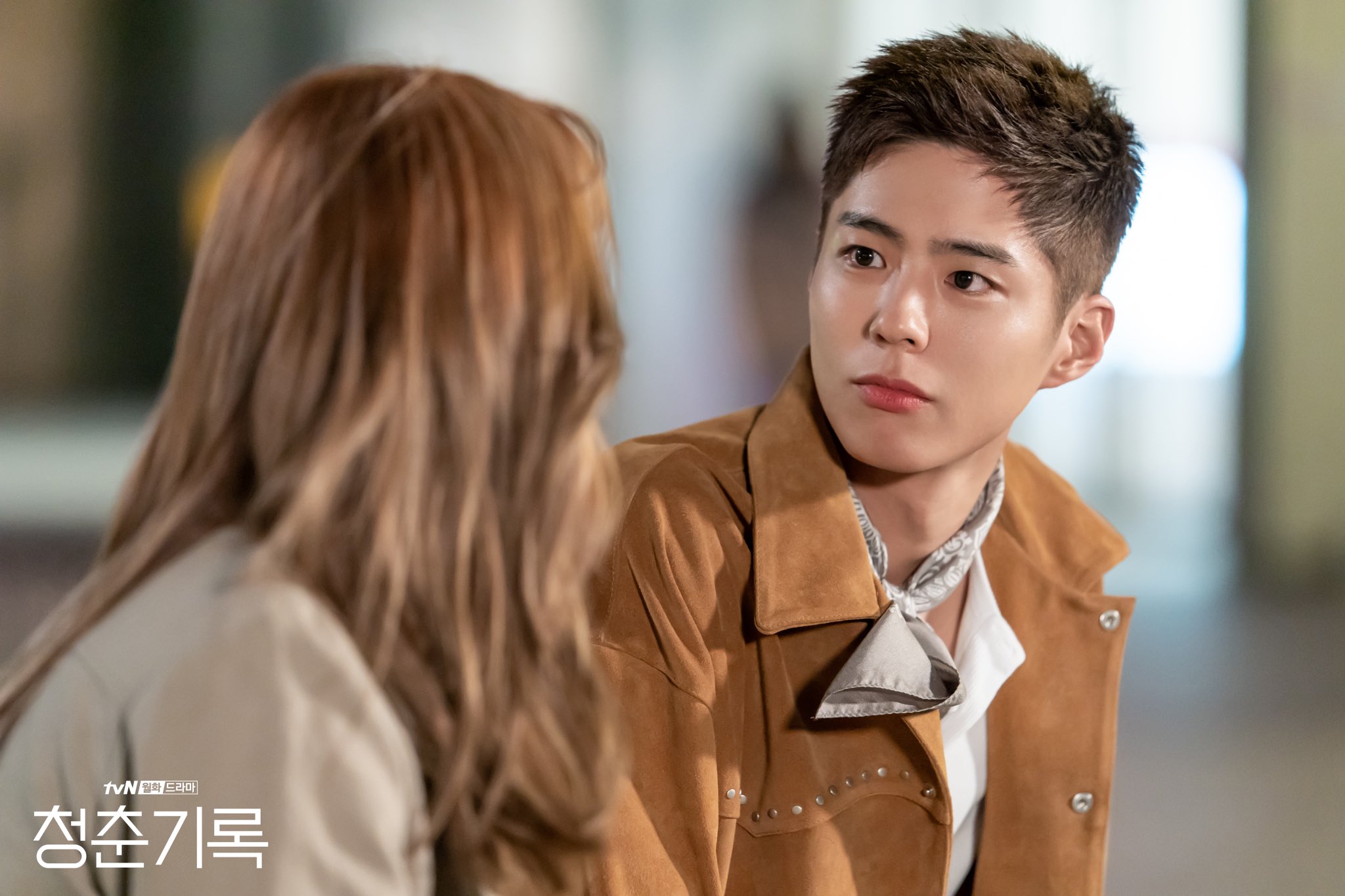 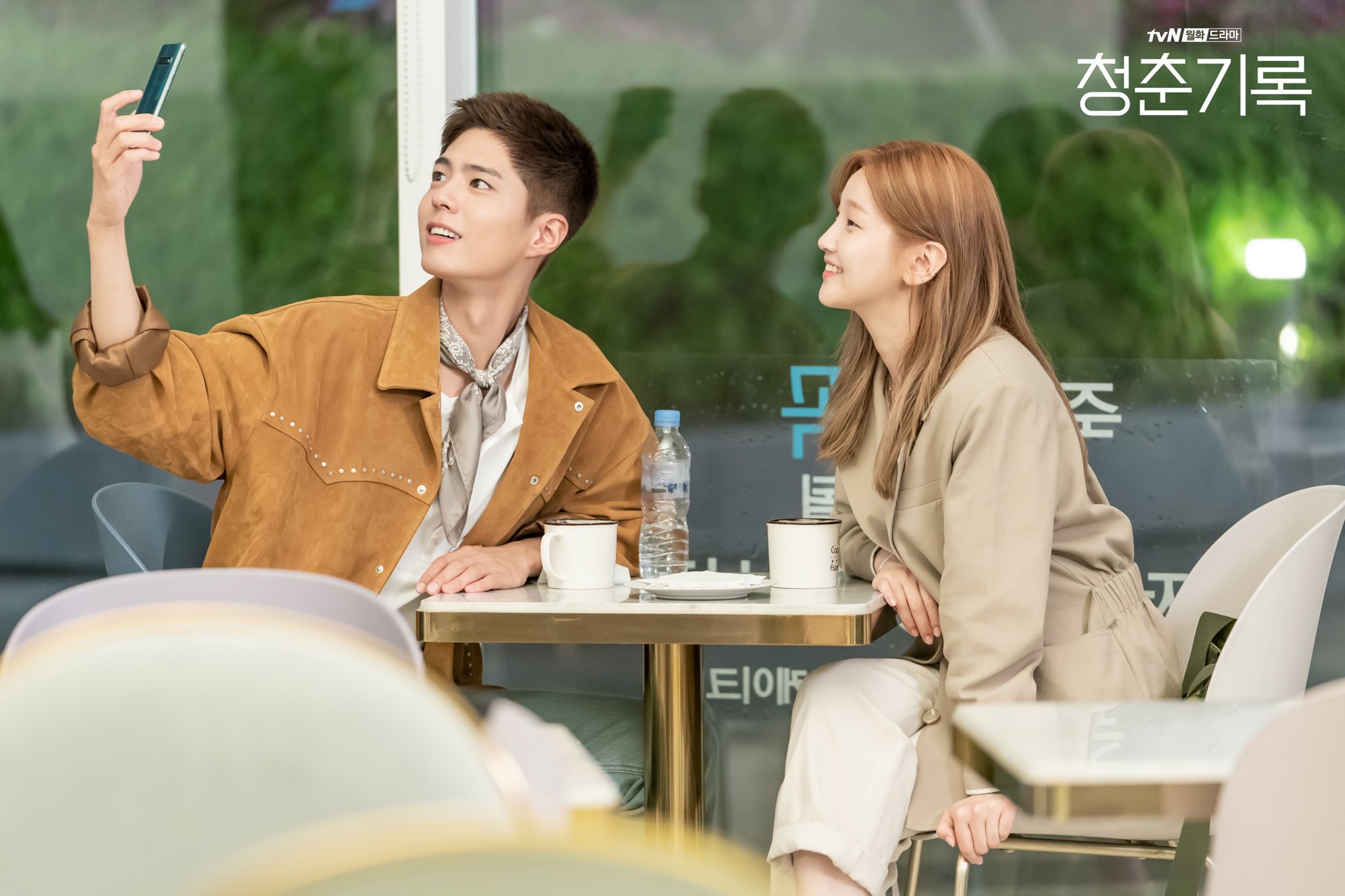