TikTok will be holding another online concert!

Titled “TikTok Stage Voice On,” the concert will be streamed on September 25 at 8 p.m. KST via TikTok. Anyone with the app will be able to watch it for free.

The lineup of performing artists will include AB6IX, MCND, TOO, WayV, UP10TION’s Kim Woo Seok, TVXQ, Lovelyz, and ELRIS.

“TikTok Stage Voice On” has also organized a challenge-type event to give a sense of realism and a special experience beyond the limits of online performances.

Fans can use the “duet” function in the TikTok app to sing along or make a video with their favorite artists. The videos that are uploaded with the hashtag #TikTokStageVoiceOn will be played at the concert, which will make it seem like the fans are actually at the concert site.

The challenge will run from September 16 until September 25 at 8 p.m. KST, and the videos of singers that fans can duet with can be found on the account tiktok_stage.

If the fans participate in the challenge, not only will they make memories with their favorite singers, but they will also contribute to a donation for artists suffering from the hardships of COVID-19. TikTok will donate three dollars per video to the Korea Artists Welfare Foundation. 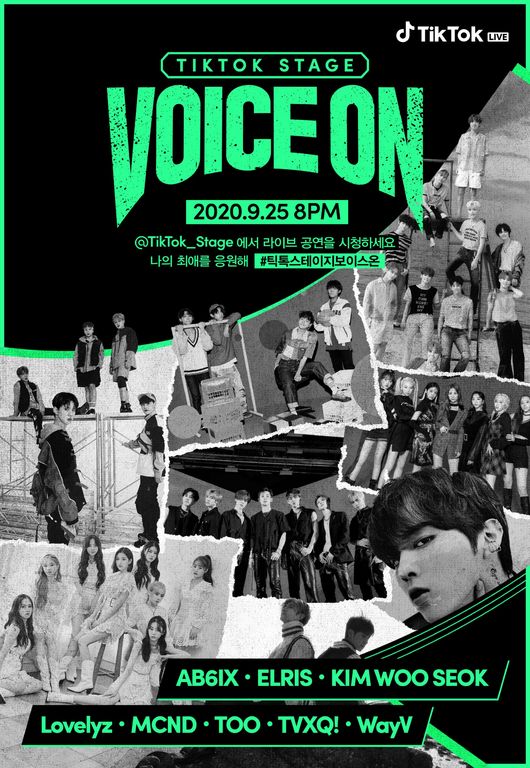