It’s shared that Lee Seung Chul had recommended Soyou to join the team. Soyou, who debuted at the age of 19 with SISTAR, said, “I know how nerve-racking and difficult it is in your teens when you’re dreaming of being a singer, so I really understand how the contestants feel. So although I’m very cautious about giving advice, I will try hard and do my best as a judge so that I can sense the teenagers’ talents.”

Mnet has also shared that there will be a fourth judge on the show, who has yet to be announced. 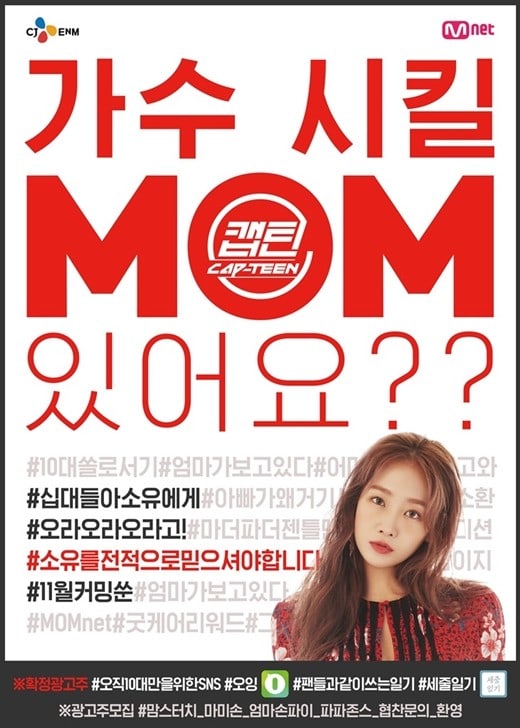 Jessi and Lee Seung Chul will be judges on the upcoming Mnet audition program “CAP-TEEN“!

Mnet’s “CAP-TEEN” is a new show that’s searching for the next teen K-pop star, and it invites the contestants’ parents to receive direct feedback from the show’s panel of judges.

The newly released posters for the show read, “Do you have a ‘mom’ that will let you become a singer?” The tagline is a pun that emphasizes the role of the contestants’ parents in the show, and it can also be read as, “Do you want to make them a singer?” 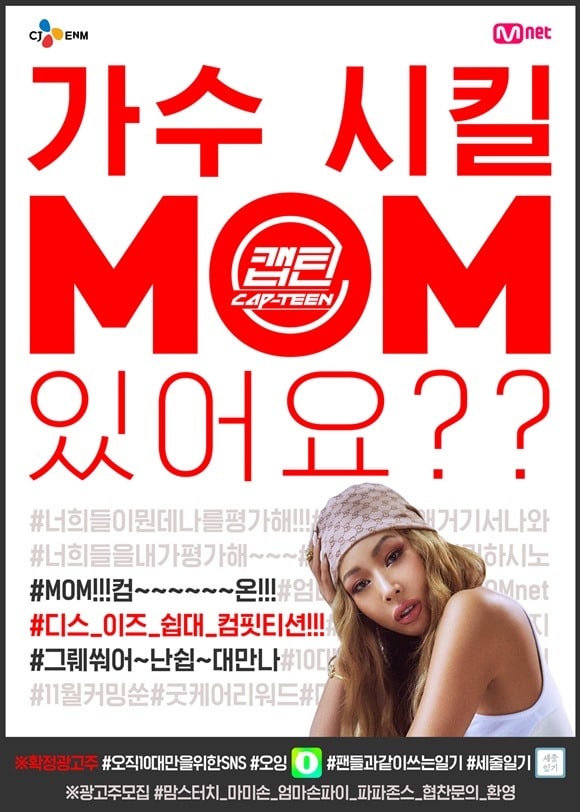 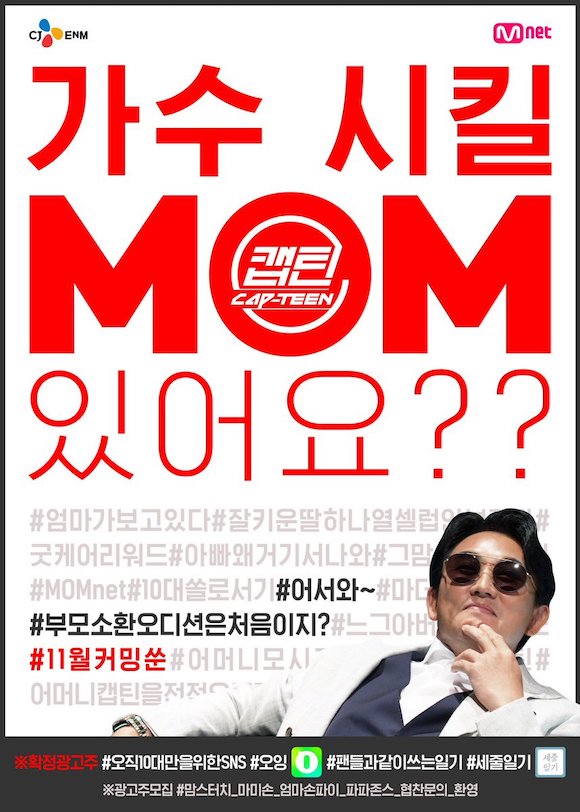 On joining the show as a judge, Jessi commented, “I came to Korea alone when I was 15 years old to achieve my dreams of becoming a singer. I’ll honestly give them the best of my advice in my own style, as I can relate to the teenagers who are taking on the challenge.”

She also talked about working with singer Lee Seung Chul. “It’s such an honor,” Jessi said. “I haven’t had many opportunities to meet Lee Seung Chul, but I want to get closer to him through this show.”

Jessi has been busy this year with the release of her new mini album featuring the title track “NUNU NANA,” and she currently appears on tvN’s “The Sixth Sense,” MBC’s “How Do You Play?“, and more.

Jessi
Soyou
Lee Seung Chul
CAP-TEEN
How does this article make you feel?