Lee Dong Wook portrays the gumiho Yi Yeon, who once ruled as the guardian spirit of the Baekdudaegan Mountain Range but now lives in the city. He travels between this world and the underworld while working as a judge who punishes monsters that disturb the world of the living. Kim Bum plays Yi Rang, Yi Yeon’s half-brother who was born from a human and a gumiho. Yi Rang is a dangerous gumiho with volatile emotions who will bring conflict to the story.

In the new poster, the gumiho brothers Yi Yeon and Yi Rang share a frightening confrontation. Surrounded by modern city landscape in the background, the two are dressed in similar black suits as they exchange fierce gazes. The addition of Yi Yeon’s sword and Yi Rang’s sharp nails convey the brothers’ tense emotions towards each other. Neither of them refuse to take a step back in the intense face-off. Between the two brothers, the ominous text reads, “I’m going to hell. I’m definitely going with you!” 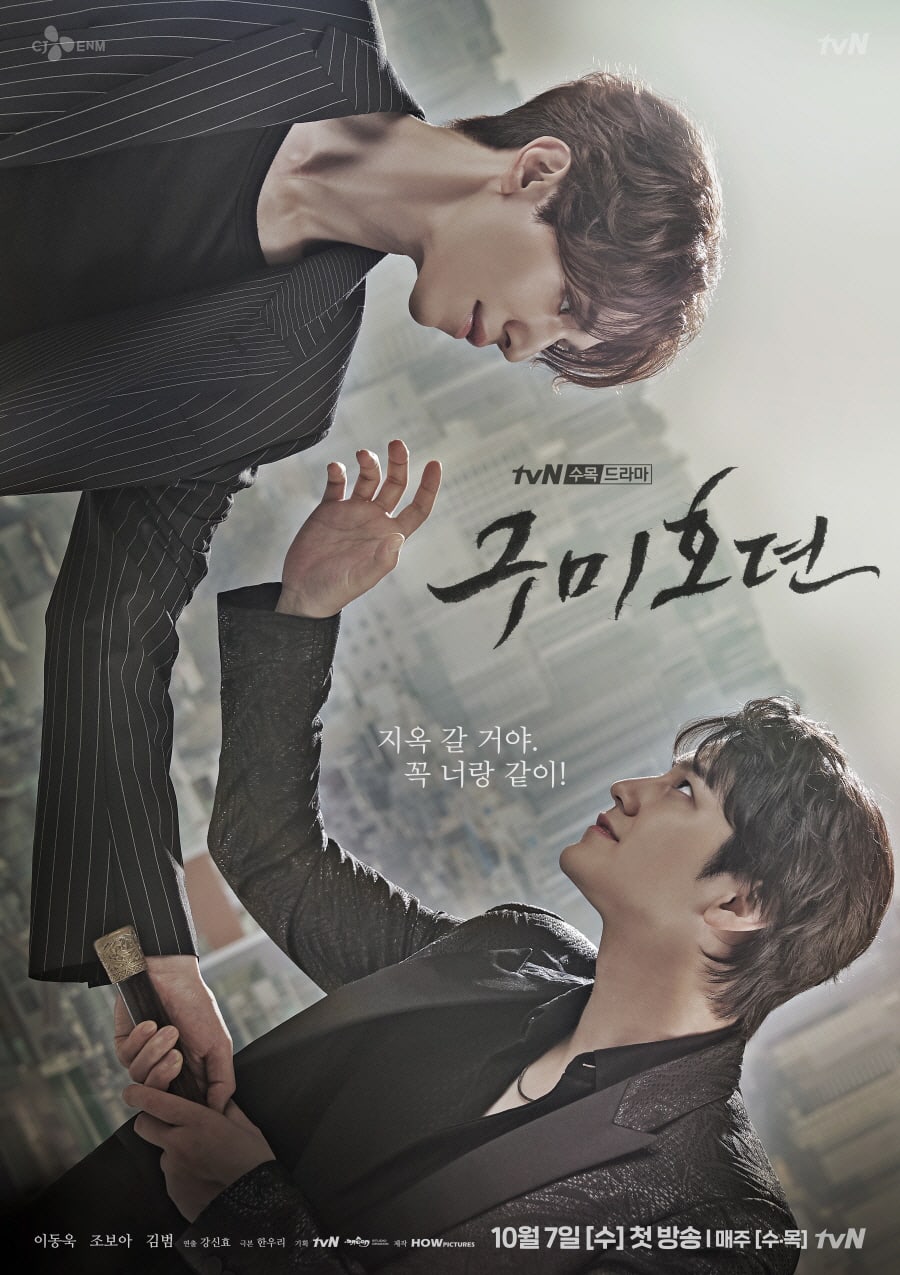 However, unlike the fierce confrontation depicted in the poster, Lee Dong Wook and Kim Bum shared a warm and realistic sibling chemistry while filming. They impressed the staff by adding more action to their poses when requested and had great teamwork without having to discuss their thoughts beforehand.

The production team commented, “The poster of the brothers emphasizes the tense atmosphere between Yi Yeon and Yi Rang, the charismatic gumiho brothers. Please look forward to the powerful confrontation and hidden tragedy of the gumiho brothers that Lee Dong Wook and Kim Bum will portray.”

“Tale of the Nine Tailed” is slated to premiere on October 7 at 10:30 p.m. KST. Watch a teaser for the drama here!