Jang Dong Yoon spoke about the intense process of preparation for his role in “Search”!

He stars in OCN’s upcoming military thriller drama “Search” as Yoon Dong Jin, a military dog handler and sergeant who has almost completed his mandatory service. The drama tells the story of a special search team aiming to uncover the secrets of mysterious disappearances and murder in the demilitarized zone (DMZ) between North and South Korea. Fellow cast members include Krystal, Moon Jung Hee, Yoon Park, and more.

“This is my first time taking on this genre, so I was excited,” Jang Dong Yoon said. “More than anything, I felt like I was challenging myself.”

On why he chose this drama, the actor said, “The biggest reason was the interesting script. I wanted to be in the show even more because it’s a genre that’s hard to come by.” He added, “It’s been my dream to not be limited by genre and to play many different roles. This is my first time in a genre work, and I hope that I can show a performance with a different charm than what I’ve done before.”

Jang Dong Yoon’s transformation for the role is clear in the teaser images and videos that have been released so far, with his youthful image disappearing as he becomes a tough and charismatic sergeant. In particular, a hot topic has been his muscular physique, which Jang Dong Yoon achieved with constant hard work. He said, “Sergeant Yong is a member of a search team, and he has strong physical abilities. Because of that, I built up my physique through working out and gaining weight.” 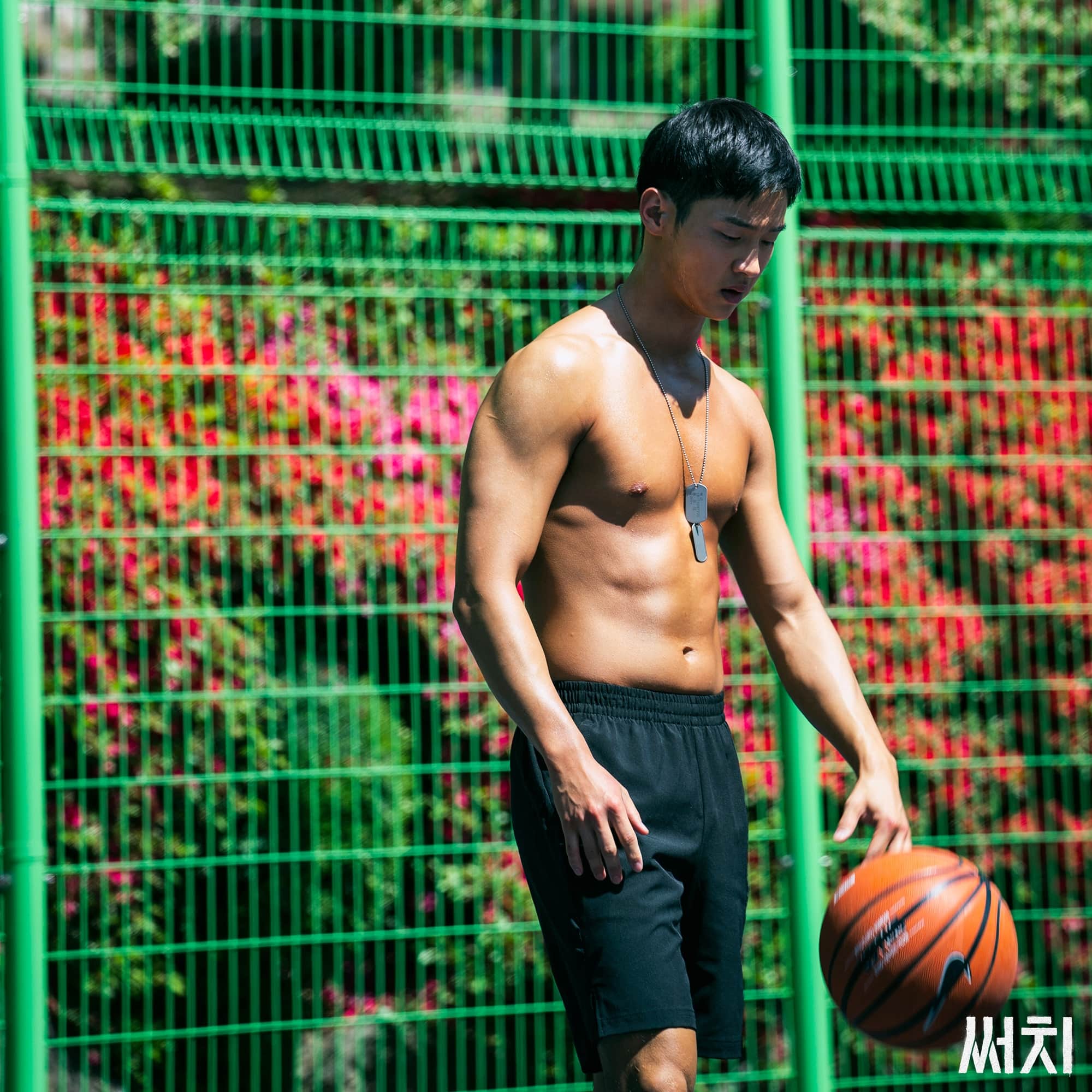 Before filming, Jang Dong Yoon went to a dog handling training center almost every day. “Sergeant Yong’s role of hunting down the target is the most crucial and necessary task in the special search team,” he said. “The scout dog and handler’s roles and relationship were more important than anything.” He continued, “That’s why I worked hard at training. I also gained experience by going to real incident sites.” 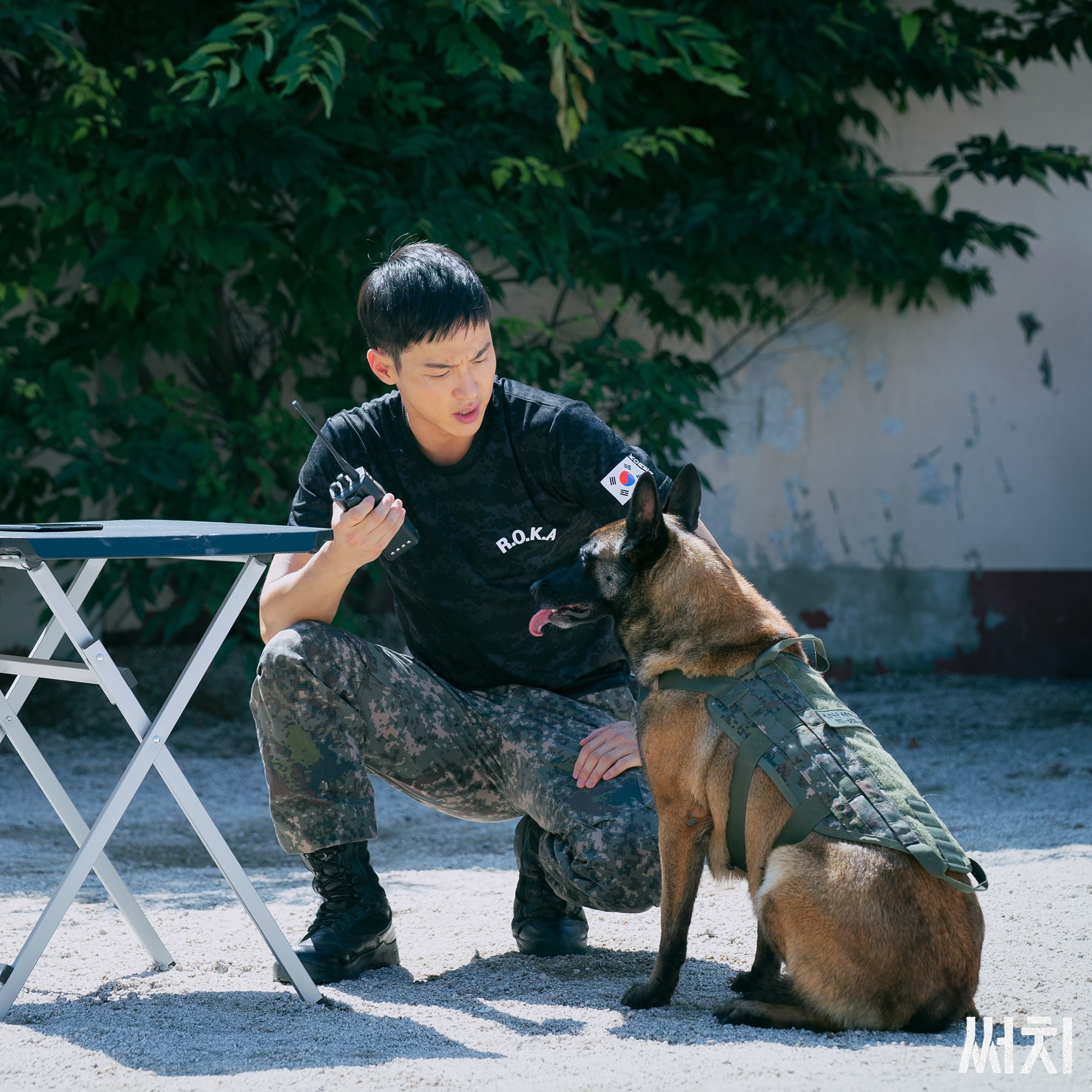 Jang Dong Yoon completely achieved his character’s look and acquired his fundamental skills, and the actor also used his real life experiences in his acting. “He’s someone that’s very similar to the sergeants with little time left in the military that I’d seen and also experienced being myself, so I was able to relate.” While he was acting, he added in the unique charms of Sergeant Yong, who is rebellious and rough. Although it wasn’t easy to bear the weight of a rifle, helmet, and gear while acting, he perfected the character with his passion for his performance. 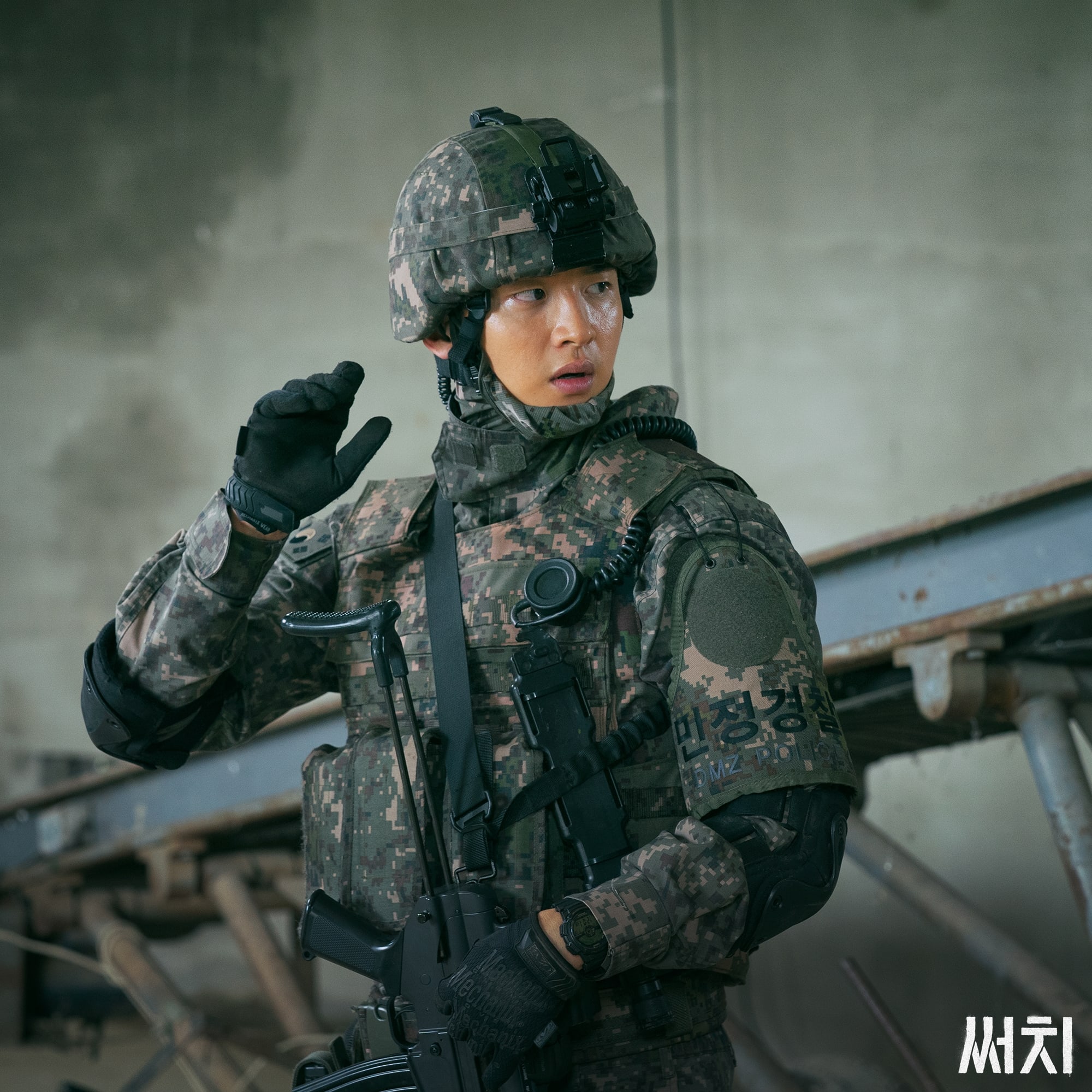 Filming for the drama was completed in pre-production. Jang Dong Yoon said, “It was good that we were able to persevere and push ahead with what was originally planned, try out using a lot of different and innovative filming technology, and focus more when we were acting too by using long takes.”

“I’m also eagerly anticipating the premiere,” he said. “I hope that viewers will tune in together with me.”

“Search” premieres on October 17, following the end of “Missing: The Other Side.”

Watch Jang Dong Yoon in “Tale of Nokdu” below!