On September 18, IU held a special live broadcast to mark 12 years since her official debut in 2008. She made her start as a singer on this date with her first music show performance of “Lost Child.”

IU shared that her staff had put a lot of care into decorating the set for her broadcast since they were calling it her 12th birthday. She also said hello to fans around the world by greeting them in languages including English and Chinese. 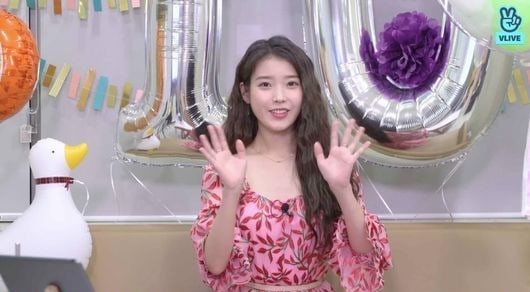 “A lot has happened lately,” IU shared with her fans, mentioning that she’d filmed on Tuesday for her anniversary mini concert episode of the music show “Yoo Hee Yeol’s Skechbook.”

“Usually when I do concerts, after I do my Seoul concert I’ll lie in bed for three days,” said IU. “I really can’t do anything for three days.” She went on to say that her parents come to her home to take care of her and make her food during those times.

IU explained that she’d gone to the recording for “Yoo Hee Yeol’s Sketchbook” thinking of it as a concert, but she said this was a mistake. “It wasn’t a concert, it was a show,” she said. “Since it’s a show, it has to be filmed from several angles, and I hadn’t prepared for that at all.” She mentioned that there have been times when she’s performed concerts for up to six hours, but this was different.

“I thought that it would be easy since there would be fewer songs than a concert, but it was really difficult,” she said. “I felt like I’d done three concerts in a day.”

“I had to quickly change my makeup too,” IU commented. “It was like training that I’d never experienced since my debut. I was losing my voice. Even when I do a long concert, I don’t lose my voice, so I didn’t expect that would happen. But I started losing my voice in the last hour of the recording. The ‘Sketchbook’ staff cheered me on a lot and so did Yoo Hee Yeol, as well as the IU team.”

“When I got back, I cried,” she said. “Maybe I was feeling the emotions of autumn, maybe it was my physical state and I was thinking about how it’s been 12 years since my debut. When I went home I got messages from the staff. They said, ‘You worked so hard. That was the first time I’ve seen you have such a hard time. I realized that you’re also an ordinary 28-year-old.’ When I saw that, I felt emotions that I can’t describe. I lay down to sleep but I cried.”

IU said that it had been 100 times more difficult because there wasn’t an audience. “When I’m doing a concert, even if I’m losing my voice, I feel excited so I’m energized. Even if my voice gets hoarse, then I can keep getting it back. However, since there was no audience, I was getting through it with just my concentration and mental strength. I realized it was very different than a concert. After the end, Yoo Hee Yeol also messaged me to say I’d worked very hard.”

She said, “It’s a show that ‘Sketchbook’ and the IU team spent over 10 hours of hard work at KBS to create. Please look forward to watching it.” 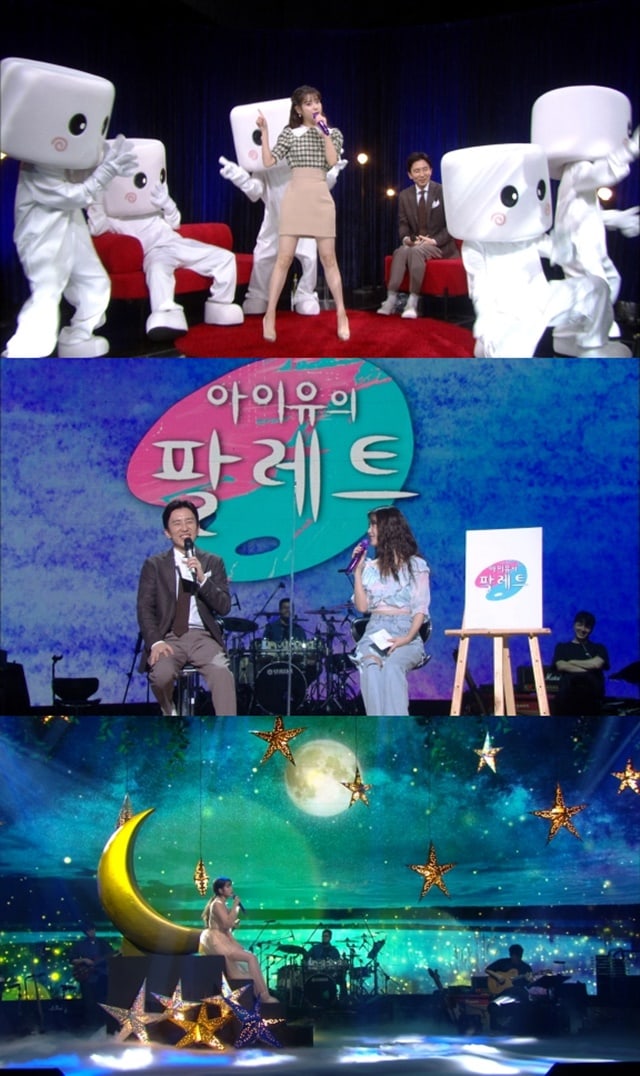 When fans were worried and told her not to work too hard, IU assured them, “I’m working out. I’m doing cardio, yoga, and pilates. I also always do planking. I’m healthy. I’ve also built up a lot of muscles.”

“Although I can’t do a fan meeting this year, I think these times are still meaningful too,” she said. “Let’s store up all the feelings we have about missing each other, and then we’ll let them all out on the day when we see each other in person. Let’s be so happy to see each other that the roof of the concert venue might fly off.”

After that, IU and her fans had fun doing a quiz about her history and more. She then went on to talk about her upcoming music.

“Making an album is hard,” she said. “It’s hard, but since it’s the first full album I’ve made in a while, there’s more to think about. I think there will be a lot of collaborations with new composers that I haven’t worked with before. I haven’t got all the songs together yet, but I’m at the stage where I’m meeting and discussing with a lot of people.”

“The concept will be fancy,” she said, adding that she’s thinking about it being an album with a high budget. 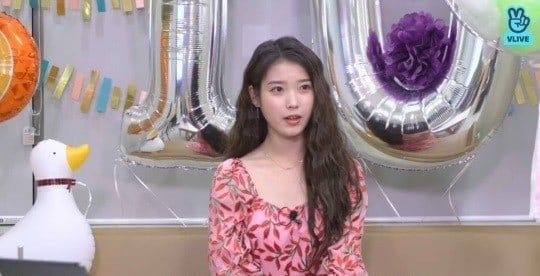 IU was also asked about her character in the upcoming film “Dream” (working title). She said, “We’ve done a lot of filming for the movie. I’m not sure how far we’ve gotten.”

“Thankfully, I’ve received so many scripts that I can’t read them all,” IU said. “I’m very carefully reading scripts, and I haven’t decided on anything yet. I’ll choose a project that I’m confident about and that I think you will like.”

As she ended the show, IU said, “I hope that I can do a fan meeting next year around this time. More so than that, the most important thing is that we reunite in good health after getting through this difficult time.” She promised to stay healthy and told fans to stay healthy too.

She told her fans Uaena, “This is a day for Uaena, who have been by my side watching over me for 12 years. Congratulations and thank you so much.”