BELIF+ released a pre-debut promotion schedule that reveals what fans can look forward to from the group for the month of October!

Some key dates are October 9, which is when the fan club name will be announced, and October 12, the day of the fan club membership opening. The schedule also hints there will be mysterious events this month.

“I-LAND” group ENHYPEN is officially gearing up for their debut!

On September 18, Mnet’s “I-LAND” announced the final lineup for the upcoming boy group ENHYPEN through its live finale. ENHYPEN is the first group ever to be produced by BELIF+, a joint venture between CJ ENM and Big Hit Entertainment.

BELIF+ has now confirmed that ENHYPEN is currently aiming to debut before the end of 2020, and on September 19, the company released a pre-debut promotion schedule (found below) that reveals what fans can look forward to from the group for the month of September.

ENHYPEN has also unveiled a logo teaser and launched brand-new social media accounts, both of which you can check out below! 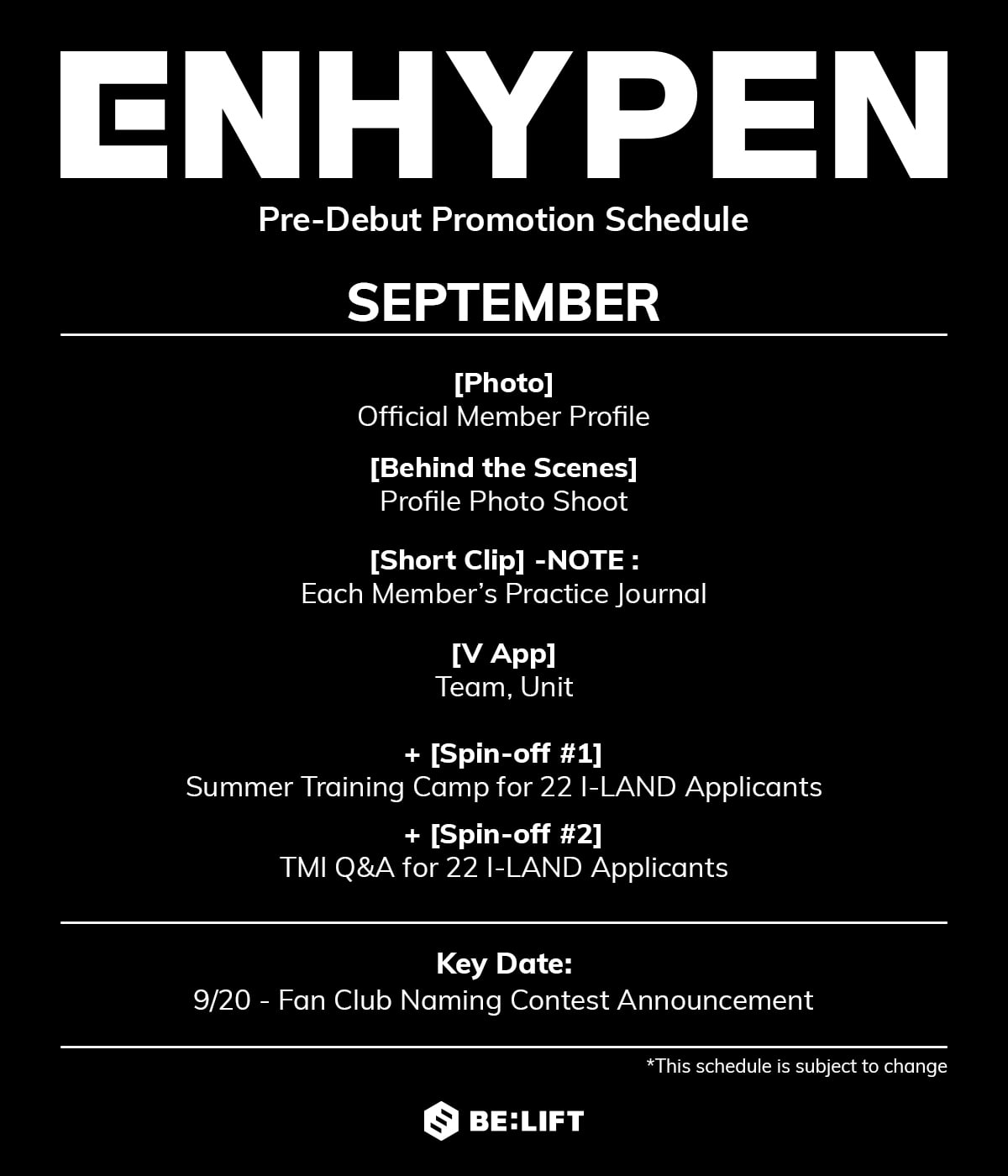 I-LAND
ENHYPEN
How does this article make you feel?