On September 18, the actor appeared on Peakboy’s show as a special guest. Peakboy, who was hosting for the first time, confessed he felt very nervous, and Park Seo Joon said, “Everyone, please cheer him on.” Touched by his caring attitude, Peakboy commented, “He’s very kind-hearted.”

Then Park Seo Joon talked about their friendship, saying, “We went to the same high school, and although I’m acting right now, we both dreamed about doing arts and physical education, and that’s how we became closer. We worked hard with the same passion, and he’s indispensable to me.” 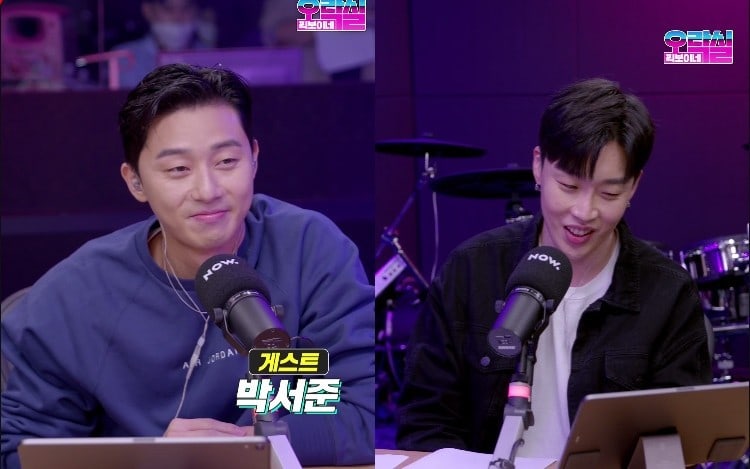 The two friends also talked about music. Park Seo Joon said, “Peakboy told me that I have to listen to all of the singer’s albums to know what they want to say, so I have a habit of listening to an artist’s entire album when it comes out. I am not well versed in music, so I usually listen to songs that are on the music chart or recommended by Peakboy and other friends.”

During a game, Park Seo Joon had to choose between two choices. When asked if he would go five years backward or five years forward, he said he would rather go to the future. He explained, “It was so hard, and life was tough. I’ve already been through the past, so I’m curious about the future now.”

Then he talked about what he would be like in five years, saying, “I’d be 38 years old, and five years isn’t that far away, so I think I’m going to be the same as now.” When Peakboy asked him to make a video to his future self, Park Seo Joon said, “Seo Joon! You’re doing well as always. I knew you wouldn’t get in trouble. I hope you can continue to be happy.”

When asked to choose between “I shouldn’t have done that” or “I should’ve done that,” the actor chose the latter. He shared, “Of course it’s still not too late but now, but I realize that if I had studied a foreign language earlier, I would’ve been able to communicate with more people.” 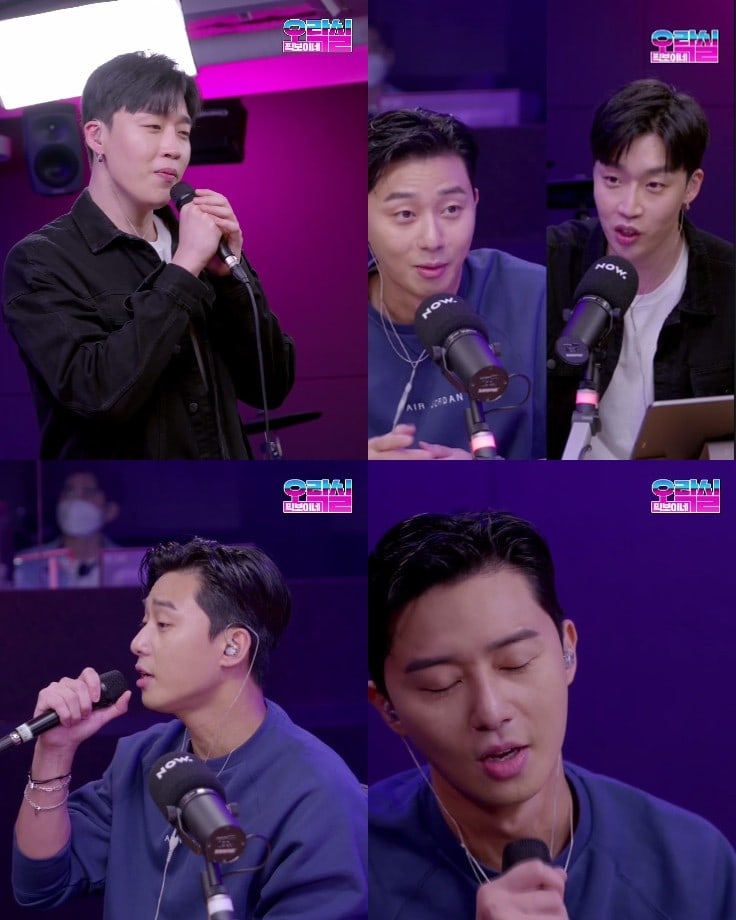 Park Seo Joon and Peakboy continued to play different games on the show. Peakboy, who ended up losing, had to sing a pop song. Park Seo Joon commented, “I remember our senior year of high school. At that time, Peakboy was so shy that he’d sing while looking at the wall.”

After the show, both of them posted a picture together on their own Instagram accounts. Peakboy said, “I don’t know what we talked about, but an hour already passed by. It was refreshing to meet an old friend in the studio, and it will be a good memory for me. I wasn’t a very smooth host today, but I’ll try harder next time. Thank you for coming!”

Park Seo Joon
Peakboy
How does this article make you feel?