Gong Yoo Shares His Thoughts On The Future, Traveling, And More

The latest issue of GQ features Gong Yoo talking about his life and career!

After a photo shoot to capture his classy and dandy side, Gong Yoo talked about his love for the “classic” style. He said, “I’m becoming more and more nostalgic about classical things, not only in terms of fashion, but also furniture and cars. It’s not until time passes that you get to know how amazing it is. Personally, I prefer basic and classic outfits, like what I wore today, rather than excessive or fancy ones. It’s a natural appearance for someone my age.” 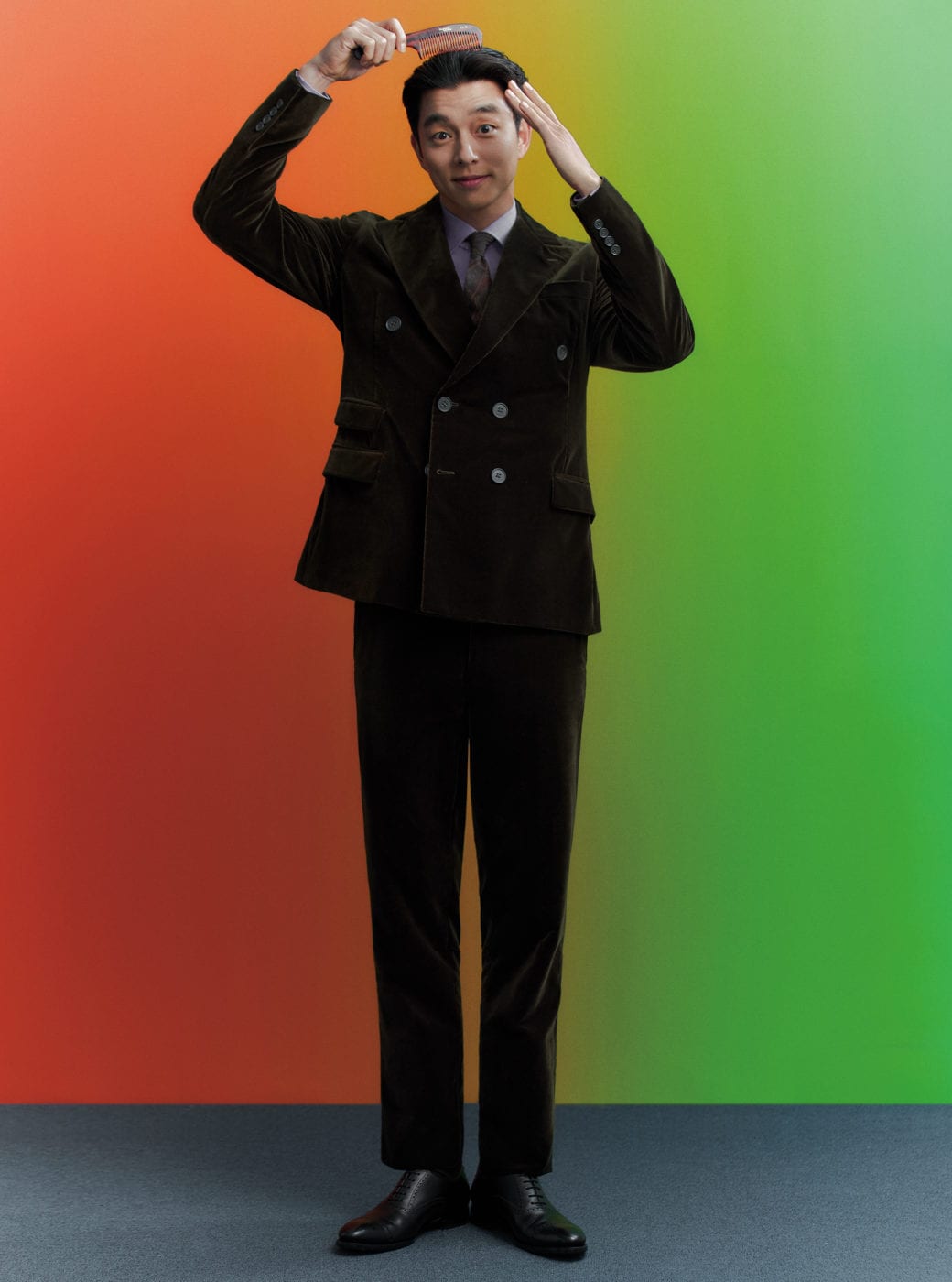 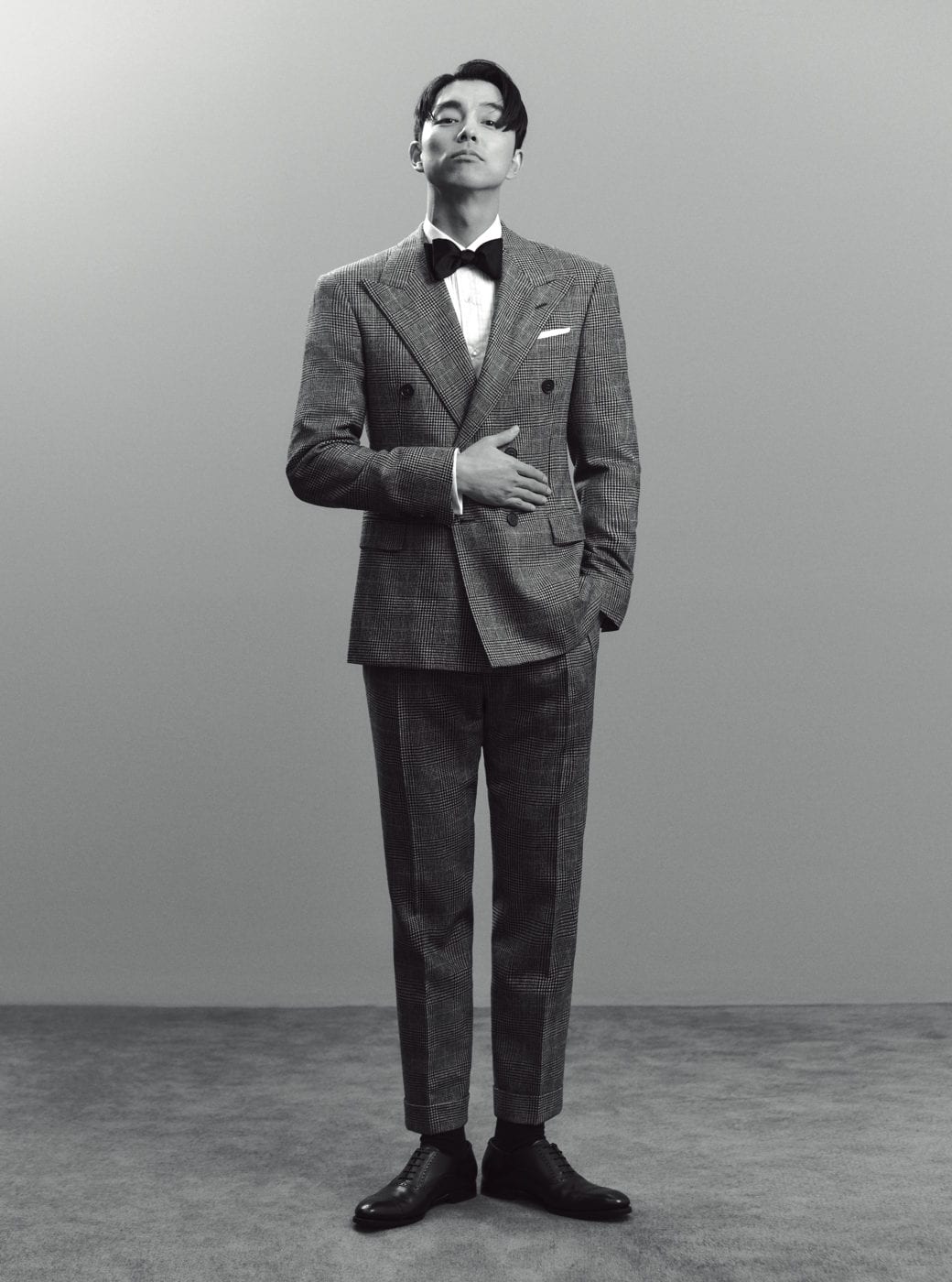 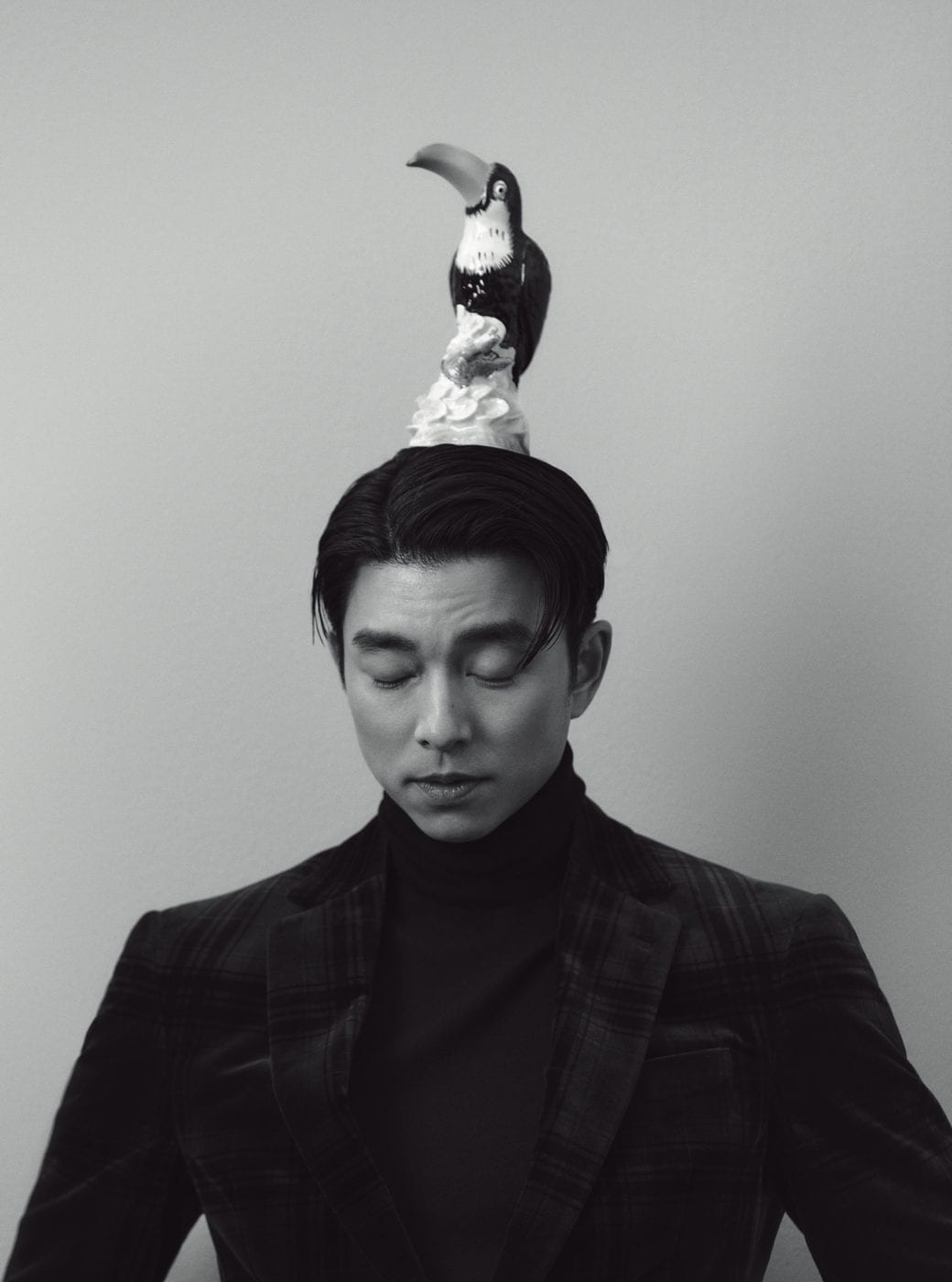 The actor also talked about losing a lot of weight for his role in the upcoming movie “Seo Bok” (tentative title) with Park Bo Gum. He explained, “The reason I went on another diet was to change my face. The character Ki Heon is not a healthy person, so his face had to look a bit gaunt. I also worked out, so my face became thinner, and I gained more muscle mass. In the movie, I play the role of protecting Seo Bok, the first human clone. Park Bo Gum, who plays Seo Bok, has a sturdy frame and is not as delicate as you think he is. So I kept that in mind and focused on getting bigger.”

When the interviewer mentioned a majority of his projects revolved around the topic of “humanism,” he said, “When I reflect on my filmography over time, I think my starting point is compassion for humans, including myself. I used the word ‘vulnerable’ a lot when I was filming ‘Goblin.’ I think humans are infinitely vulnerable animals. I don’t know if it sounds grand, but I think it’s vague. Wouldn’t the world become more beautiful someday if we become more compassionate towards each other?” 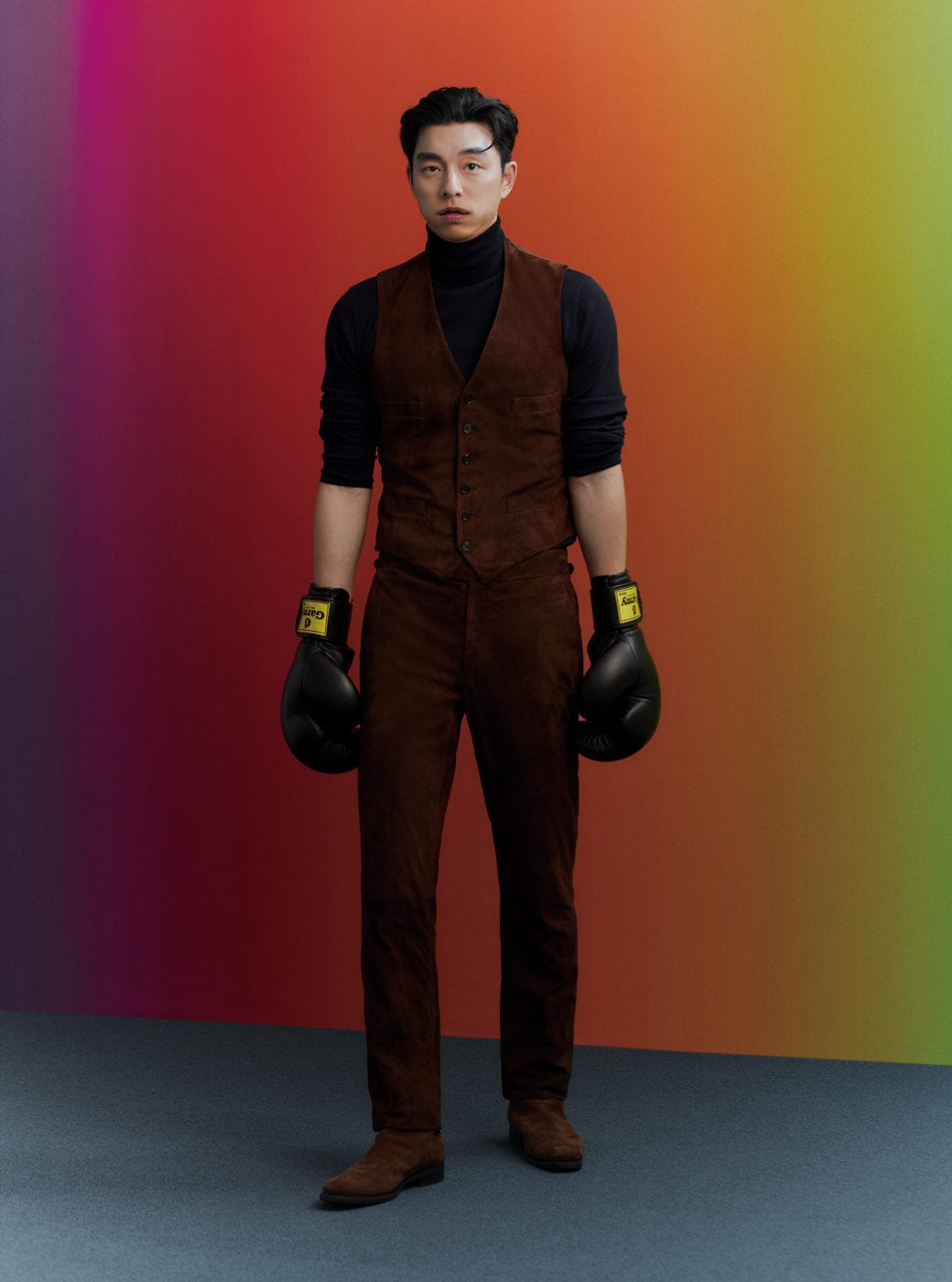 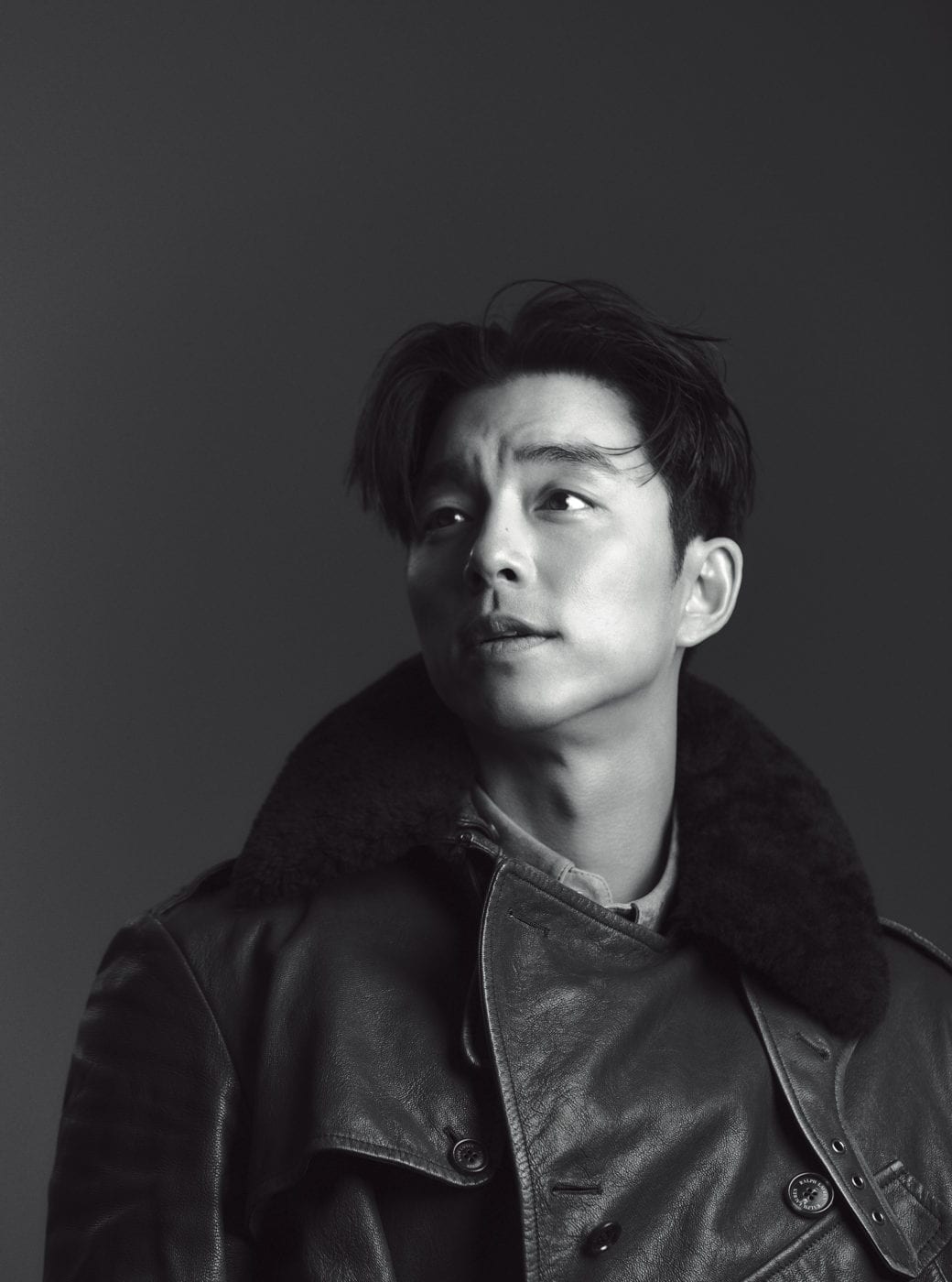 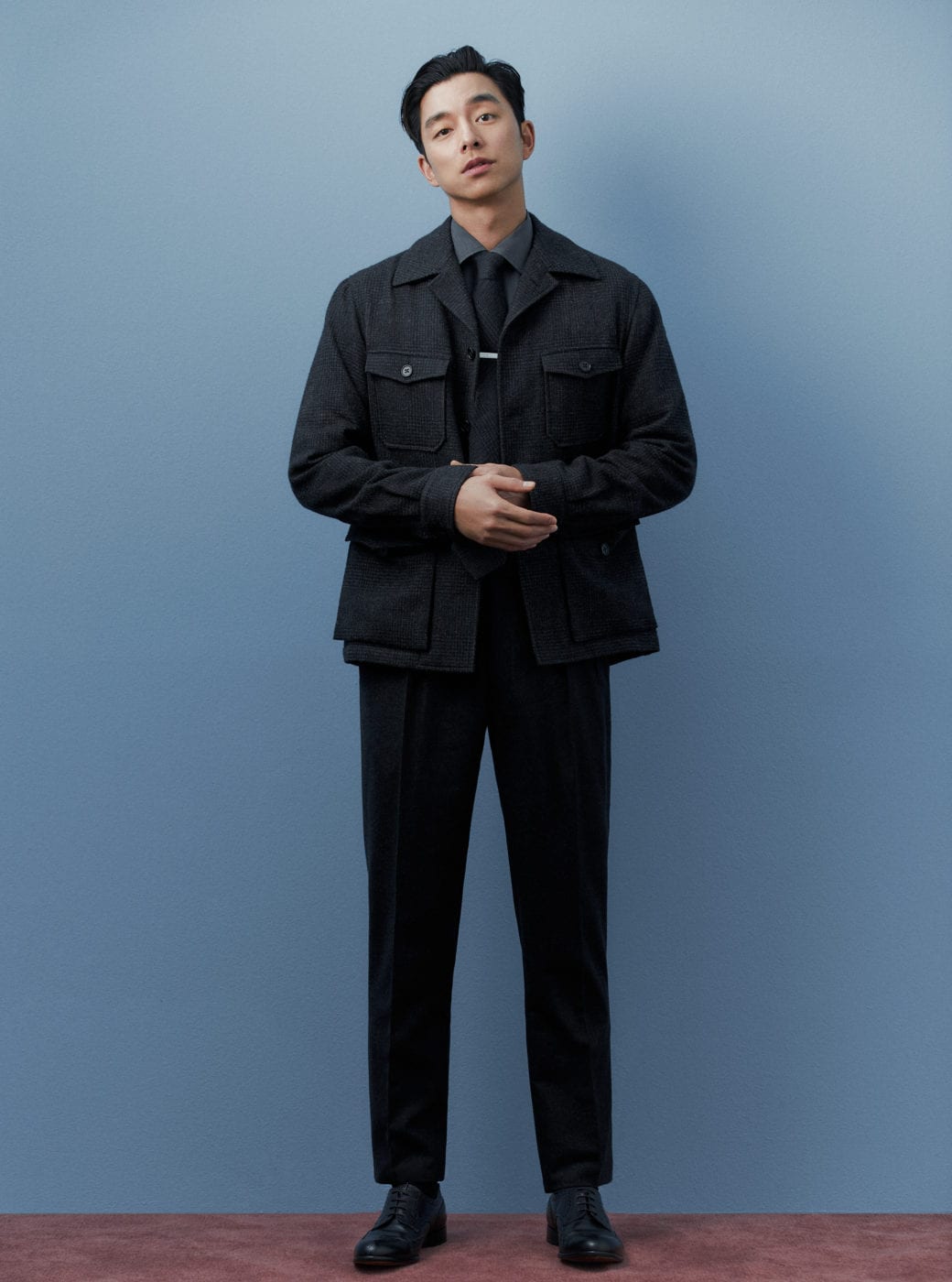 Gong Yoo also talked about becoming more comfortable and flexible over time. He said, “I don’t have much greed. It’s such a cliché saying, but it’s hard to find a different way to express that. I kept telling myself, ‘It’s okay if I don’t do that right now. I don’t want to hurry.’ And I think it’s possible to turn those thoughts into reality at my age now. I’m more much relaxed and courageous, so I can do what I really want to do without caring about what other people think. I used to hate it when other people criticized me, but now, I don’t really care. I realize that I’ve missed so many enjoyable things just because I’ve been concerned about what others think. I think you can only feel lighter if you become free from such things.”

The interviewer pointed out that he once said he wants to run a small restaurant in Jeju Island one day. Gong Yoo commented, “Nearly 80 percent of the photos in my cell phone are of food. If the food in a restaurant looks really delicious and I become curious about the taste, I go eat it myself. I really adore food. Perhaps the reason why I said I wanted to open a restaurant was because of my attachment to a space. I have a desire to stay in a pretty and simple space, even if it’s very small. I don’t know if I’ll really open a restaurant later, but I want to live close to the countryside. I don’t want to live in a forest of buildings, like I do now.”

Gong Yoo mentioned traveling, saying, “I miss the sun in California. I lived in the United States for a month. When I woke up, I went to the local gym to exercise, and then I took a rented car for a drive on the west coast and walked to different places. I also went to the beach in swim trunks and flip-flops, and I would lie on the sand, read books, and listen to music. It was heaven. I like tanning, so I have a white plastic sunbed in my small terrace. When the weather is nice, I lie there with a can of beer. I listen to music and soak up the sun. It’s small happiness.” 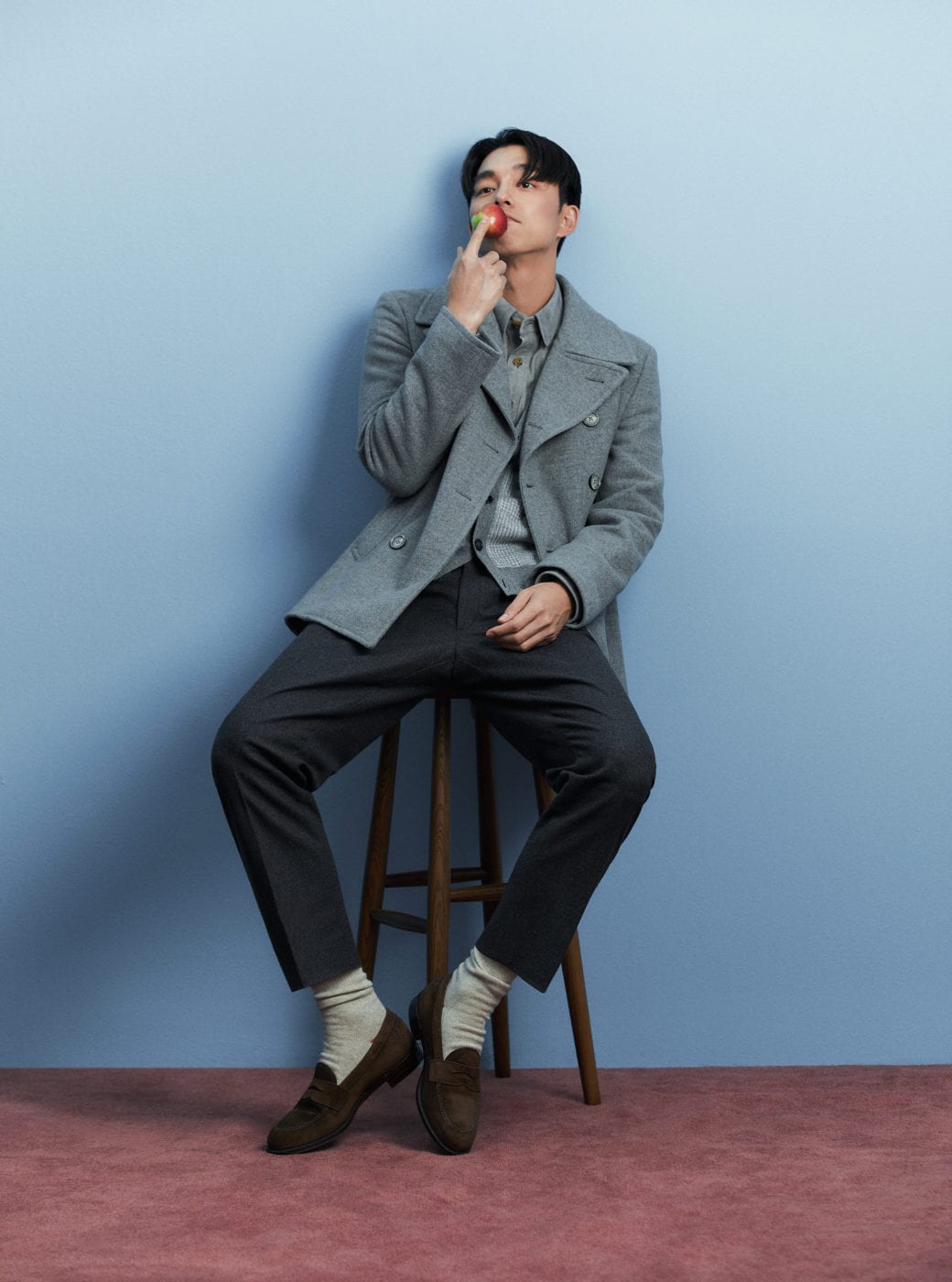 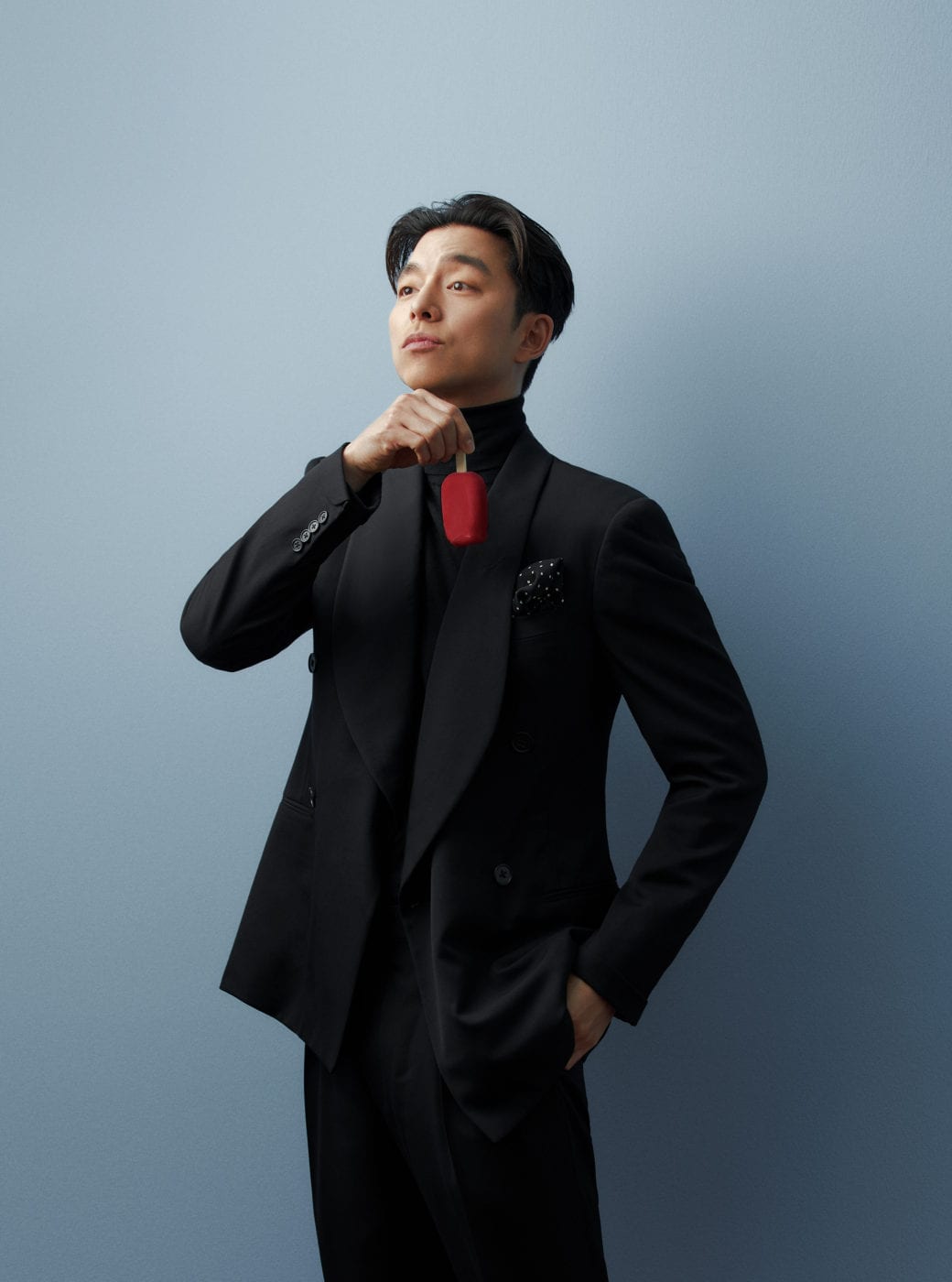 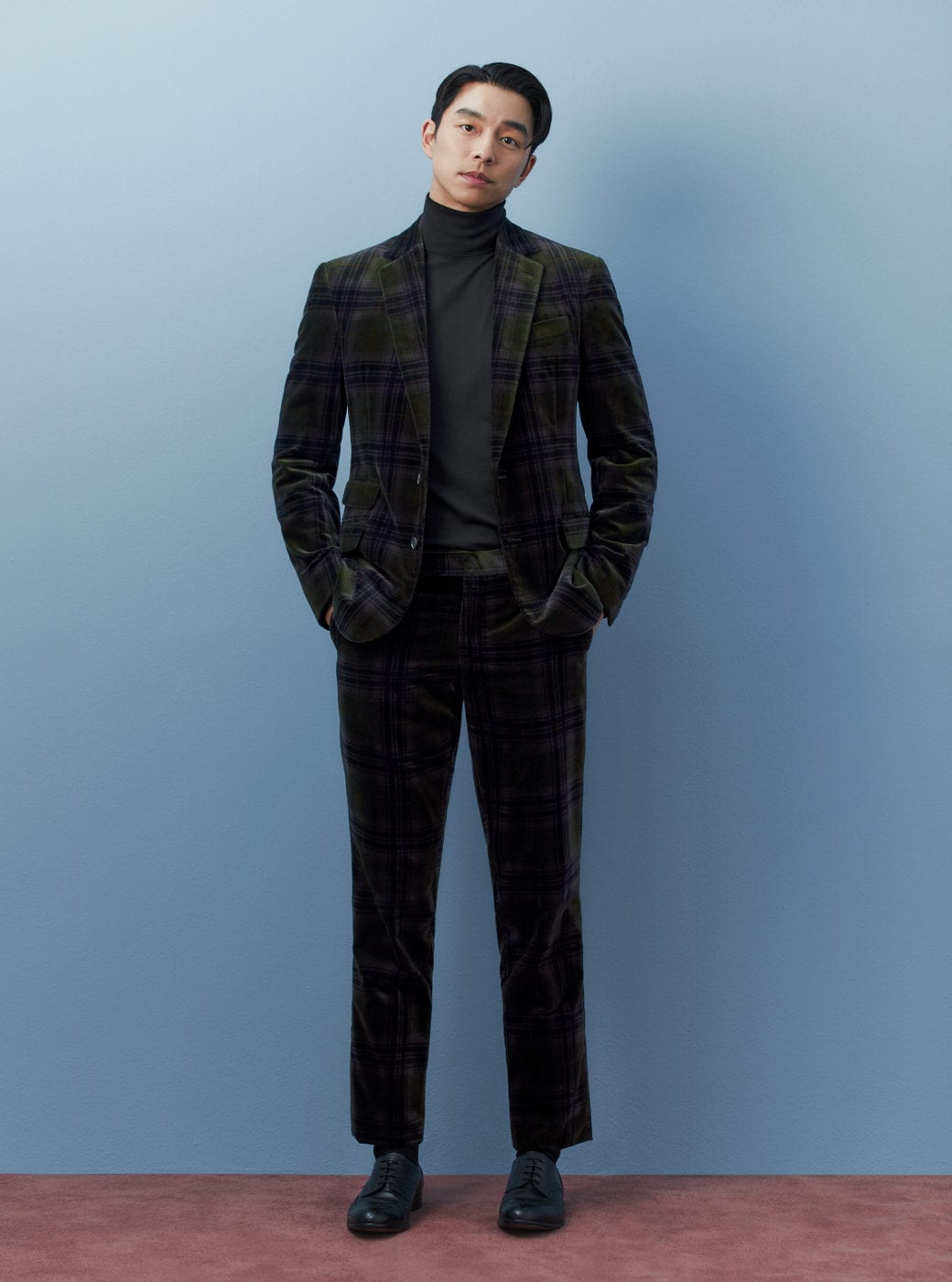 The actor also shared his daily routine. He said, “I usually exercise. No matter how much I drank the night before or no matter how tired I am, I head to the gym. When I come home from a shower after working out, I feel relieved that I didn’t fail today. It’s kind of an obsession. I need to work out to eat comfortably. As I get older, my body breaks down much faster. If I don’t take care of it, it’ll become obvious. Now that I’m over 40, I realize that your body never lies. I can’t go to the gym these days, so I work out at home.”

Lastly, Gong Yoo talked about keeping a positive mindset. He said, “I’ve only lived half of my life, so I’m cautious about saying this, but in the end, my projects represent me. In some ways, people think that I actually have more than what I do, even though I really don’t have as much. When people see my usual self or my interviews, I think people give me more credit than what I deserve. I don’t think I’m that deep of a person, but since people see me in a positive light, that drives me to become a better person. I think I’m intertwined with the people who love and support me. I’m grateful that we’re aging well together.” 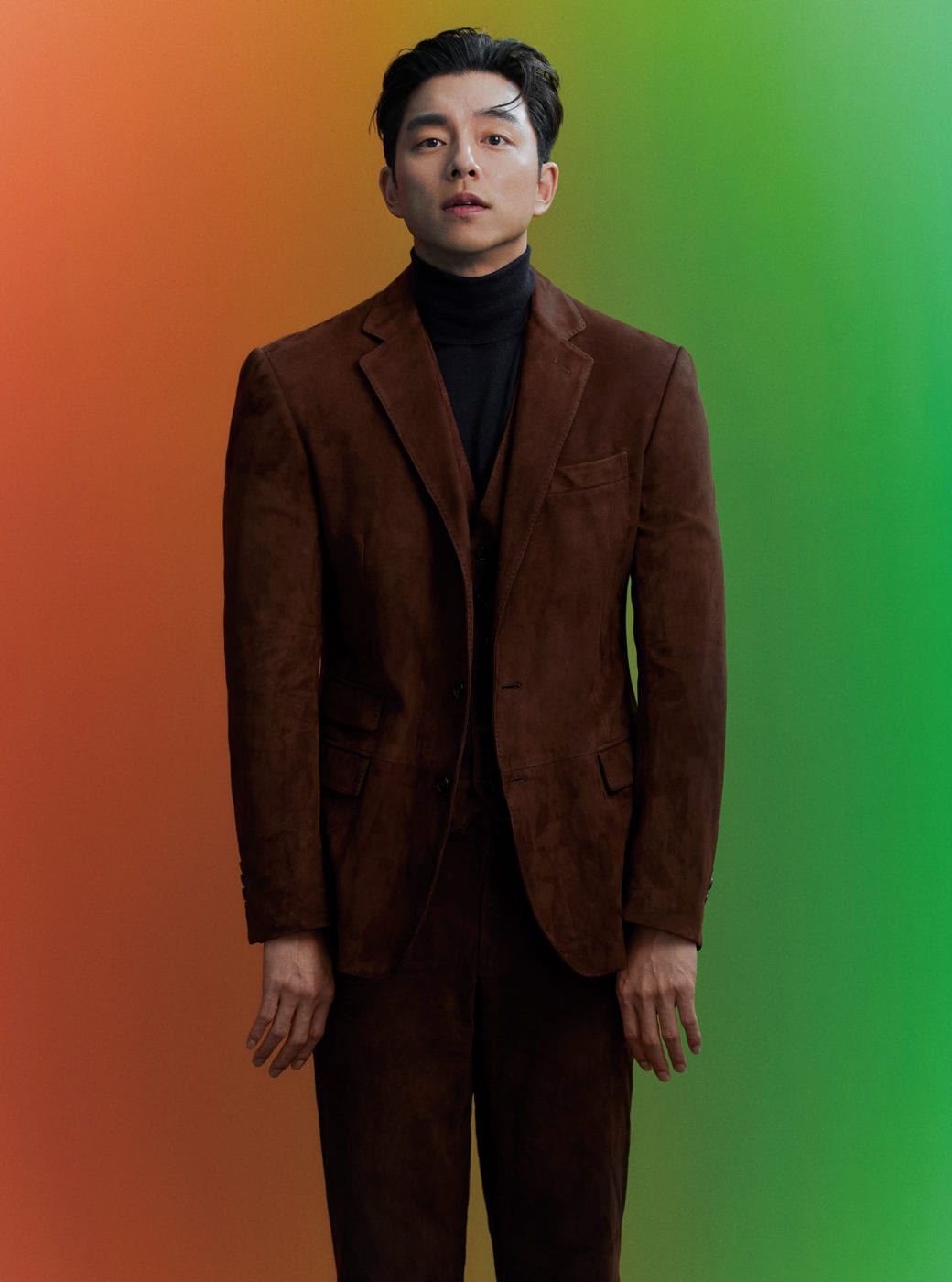 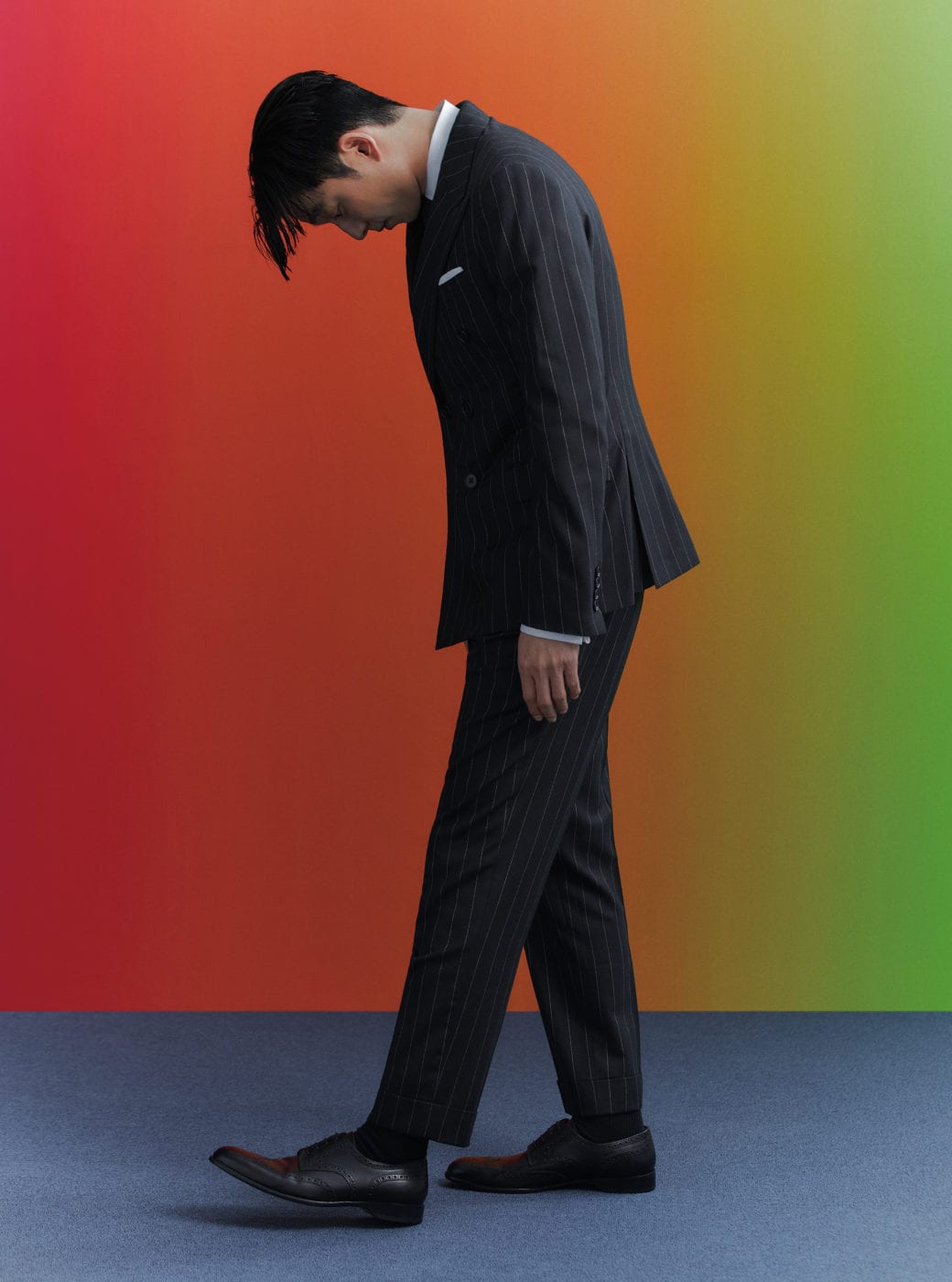 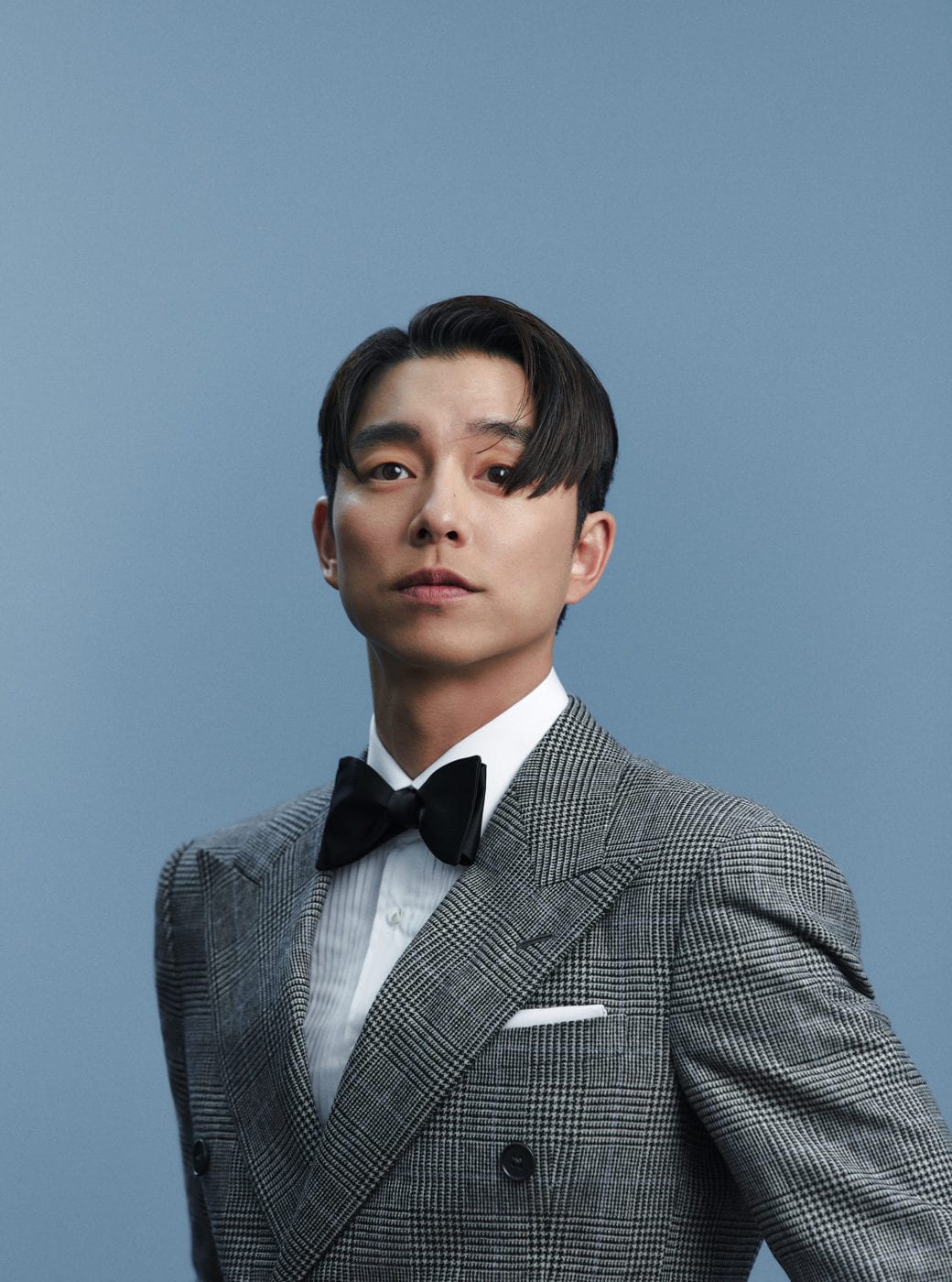 Watch Gong Yoo in “Goblin” below:

GQ
Gong Yoo
How does this article make you feel?