13 years after the drama originally aired, the main cast of Gong Yoo, Yoon Eun Hye, Lee Sun Gyun, Chae Jung An, Kim Dong Wook, and Kim Jae Wook met up in pairs to discuss their memories from set for the documentary “My Dear Youth – Coffee Prince.”

“Coffee Prince” tells a love story between cafe manager Choi Han Gyul (played by Gong Yoo) and his employee Go Eun Chan (played by Yoon Eun Hye), who pretends to be a man in order to work at the coffee shop. During its run, “Coffee Prince” was an incredible hit, reaching viewership ratings of 27.8 percent nationwide.

In the documentary, Gong Yoo revisited the cafe where they filmed and sat down for an interview. Regarding the drama, he shared, “It feels like my first love. It feels like I’m confronting something that I planned to just leave as a memory.” He went on to explain that he’d hesitated at first over joining the documentary because he wanted to cherish his great memories as they were, fearing they might change.

Gong Yoo reunited with Yoon Eun Hye, who surprised him at the cafe. The two immediately told one another, “You look exactly the same” and they got their coffee made by someone who had become a barista after watching “Coffee Prince.”

Yoon Eun Hye abruptly asked Gong Yoo, “Do you have any plans to get married?” Gong Yoo replied, “It’s not that I don’t want to but I’ve kind of missed that period.” When asked the same question, Yoon Eun Hye answered, “I think that I want to focus on my work a little more and then do that.” 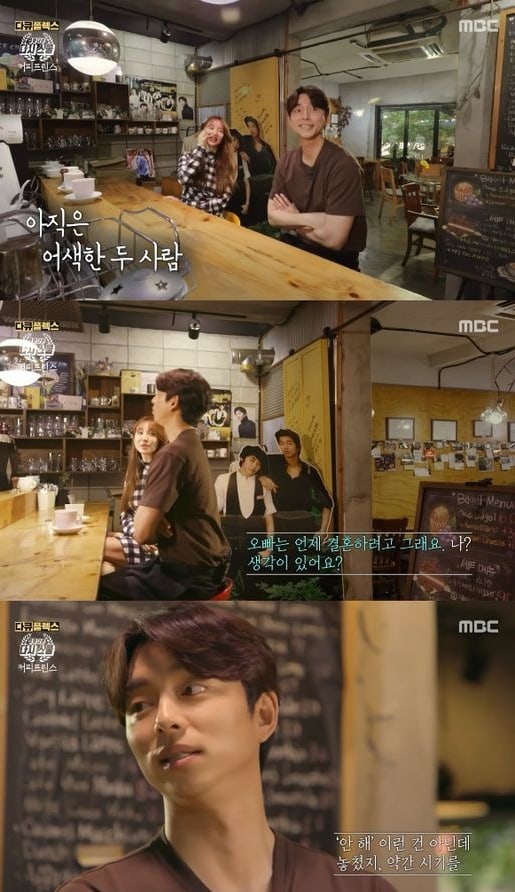 The two carefully explored their past set as Gong Yoo commented, “I remember everything we did. We kissed a lot. Since I’ve aged, I can talk about it without feeling shy.” Yoon Eun Hye adorably added, “I’m shy.”

At a different location, Chae Jung An and Lee Sun Gyun excitedly greeted each other with a big hug. The last pair was Kim Dong Wook and Kim Jae Wook, who immediately looked very comfortable with one another. 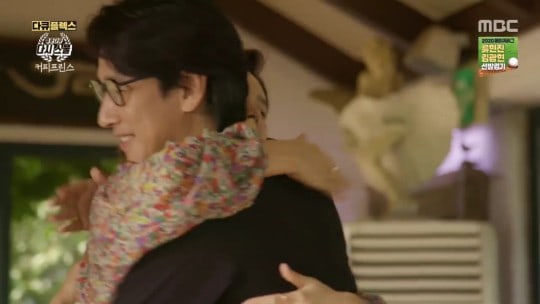 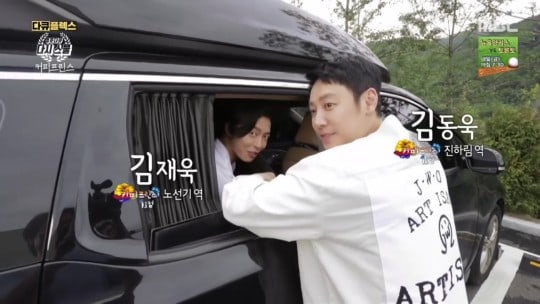 The three pairs then began watching clips from “Coffee Prince.” Yoon Eun Hye revealed, “After I cut my hair, I didn’t even put on makeup and just applied sunscreen.” Regarding his character, Gong Yoo shared, “He looked like he had no manners but he was different from other chaebols.”

While discussing what Gong Yoo was like on set, Chae Jung An commented, “He was more serious than I thought and took care of himself well. He showed so much ambition that it made me think that he was someone who had prepared for a long time.”

Kim Dong Wook seemed confused that only Gong Yoo and Yoon Eun Hye were appearing in the clips and Kim Jae Wook jokingly commented, “He’s only interested when he’s on screen.”

Chae Jung An shared, “Han Gyul looks like such a baby. Gong Yoo has become so much cooler. He must take care of himself really well.” She made everyone crack up by adding, “He looks luxurious now.”

After watching the scene where they all fall into the fountain, Gong Yoo confessed, “I tried using tricks so I wouldn’t have to go into the water but I went because you guys pulled me in.” 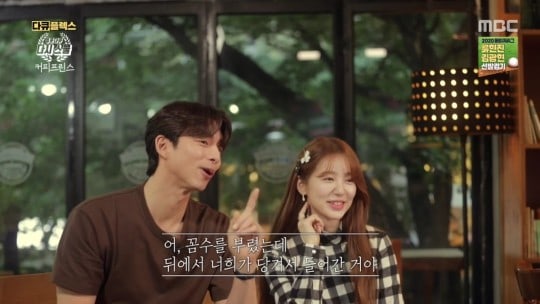 While watching a kiss scene between Gong Yoo and Yoon Eun Hye, Lee Sun Gyun let out a high-pitched squeal, making Chae Jung An remark, “You just sounded a bit like a little girl.” He replied, “I guess I’m old.” 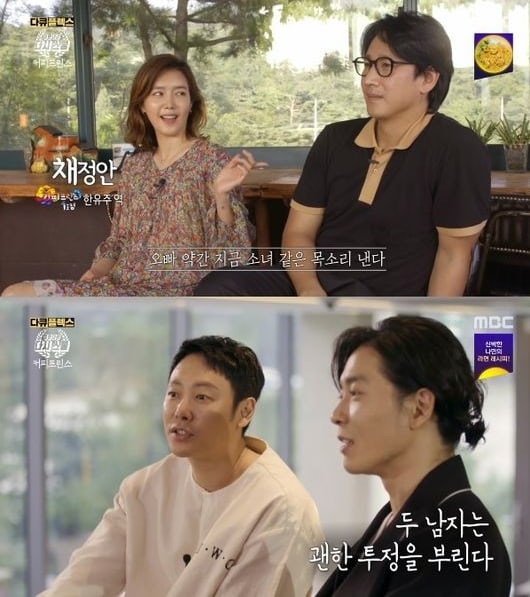 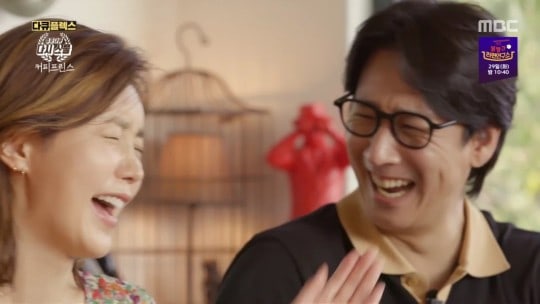 While watching her own kiss scene, Yoon Eun Hye averted her eyes and commented, “It’s hot in here.” Gong Yoo embarrassed her even more by adding, “Eun Chan was a very motivated girl. She was not passive. I didn’t know what Eun Hye’s hands were doing but after watching the broadcast, her hands were pulling up my T-shirt.” 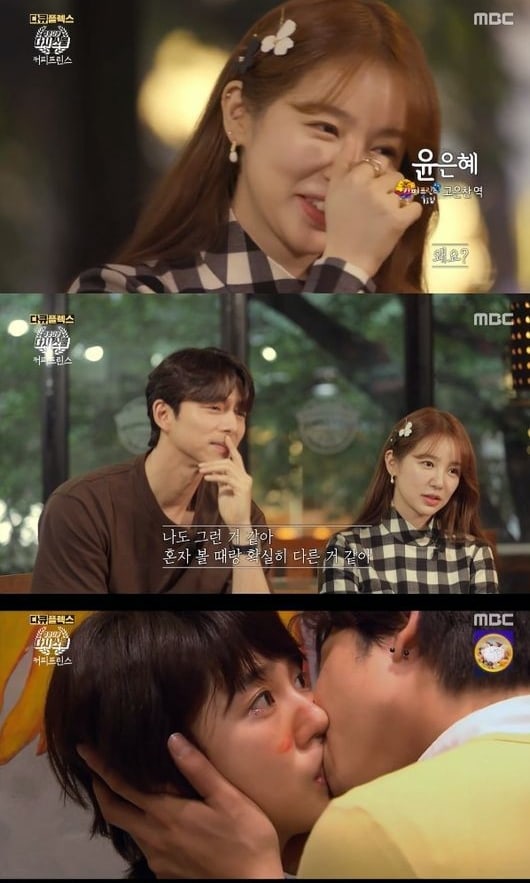 They wrapped up their viewing session as Kim Dong Wook and Kim Jae Wook remarked, “The memories are all coming back. They’re more vivid than what we had initially thought of.” Chae Jung An shared, “There’s a prettiness that makes my heart flutter. The fact that I didn’t know that then is also part of being young.”

Gong Yoo commented, “It feels like Choi Han Gyul and Eun Chan got married and are looking back on their past together. It’s like our kids are playing over there. I think people imagine that a lot. Thinking, ‘They’re probably living well somewhere, right?'”

Lee Sun Gyun shared, “Choi Han Gyul is Gong Yoo. Didn’t it suit him better than any other role?” However, Gong Yoo revealed that he hesitated to join the production, explaining, “It was a time when I had a bit of opposition against romantic comedies. After becoming an actor, it was the first time I had experienced that ‘puberty.’ I wanted to grow while fulfilling my sense of achievement but the vibe around me was, ‘You have to do this. That’s how you’ll become a star, get advertisements, and get main roles.'”

Regarding this situation, producing director (PD) Lee Yoon Jung explained, “Some actors may feel apprehensive about idol-turned-actors. However, Gong Yoo said, ‘I am the problem for myself.’ He said he wasn’t in the position to discuss his co-stars’ acting and that made me think, ‘This person is cool.'” 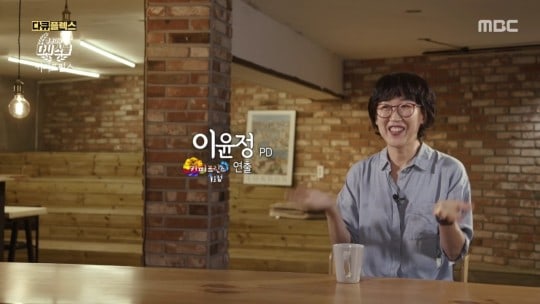 For Yoon Eun Hye, transitioning from an idol to an actress gave rise to many concerns. She shared, “I had just started to slowly take my first few steps but then I found myself in a situation where I had to run. If I didn’t do this, I felt like I wouldn’t become an actress and the public wouldn’t wait for me. While filming ‘Princess Hours,’ I felt so frustrated. I needed change.”

Chae Jung An, who also promoted as a singer, commented, “I know being in a girl group isn’t easy, and she was even the youngest. I thought she’d experience some difficulties. The adults she worked with likely gave her work without any explanations and she probably tried her best. Then she got to work on a drama. I think the environment that allowed her to live as Eun Chan must have been so freeing.” Hearing this, Yoon Eun Hye began to shed tears. 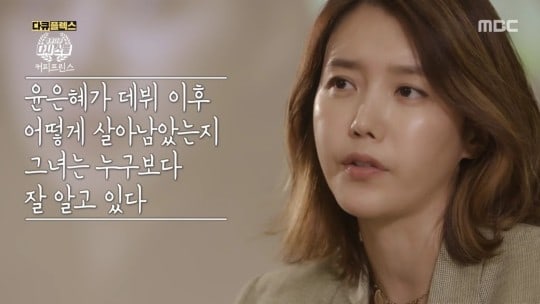 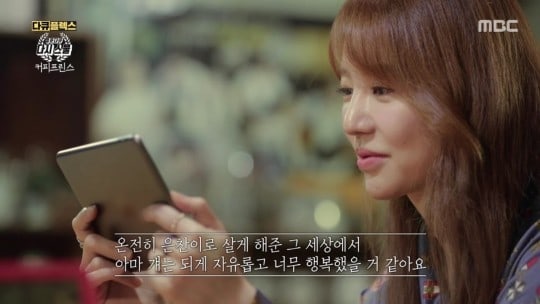 Chae Jung An touched on her own concerns at the time, revealing, “Back then, I didn’t want to do the project, or anything at all. I was having a hard time because of my personal issues, so I didn’t want to do work. They brought me the synopsis but I didn’t even want to see it so I pushed it aside.”

When asked why she chose to cast Chae Jung An, PD Lee Yoon Jung explained, “There are so many pretty female actresses. I received a recommendation and met up with Chae Jung An but she was such a tomboy. She looked like a girl whom other girls would like. She said that because she’s lazy, she wears the same clothes for a week.” After learning this, Chae Jung An expressed her surprise as she commented, “Really? I thought I was picked because I was feminine.” 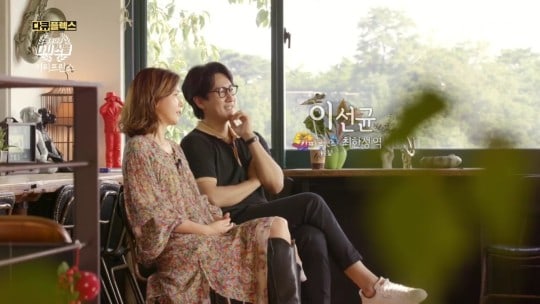 When he was cast, Lee Sun Gyun was already well-known to the public due to the success of his other dramas. The PD explained, “I saw his brief appearance on KBS’s ‘Drama City’ and thought he was good at acting, so I looked him up, contacted him, and cast him for a different project. Since I had already experienced his acting and personality once, I thought he would fit well with the role.”

PD Lee Yoon Jung also mentioned the risk she took with this drama, sharing, “There was some apprehension.” Gong Yoo admitted that he also thought “Coffee Prince” was a bit silly, explaining, “I thought, ‘What is this?’ Reading the script was like reading fiction on the internet. It was like a cartoon. But she made that feel electric.”

The PD also shared a time when Gong Yoo had made her tilt her head in confusion. Lee Yoon Jung shared, “I took Gong Yoo to the studio and showed him his outtakes. But within seconds, he said, ‘I understand. Can I go now?’ It was like he figured it out himself.”

Gong Yoo praised his co-star, sharing, “The reason I was able to become Choi Han Gyul was Go Eun Chan and Yoon Eun Hye. Yoon Eun Hye’s passion made me feel embarrassed and helped me grow. It made me wake up.” 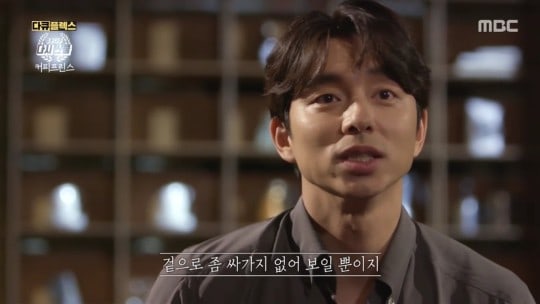 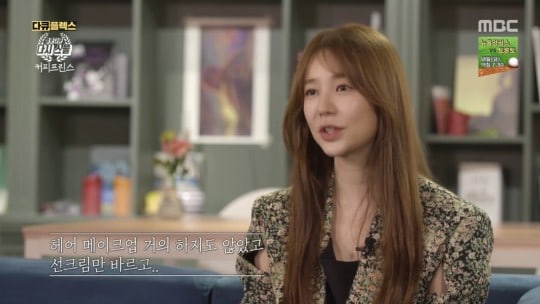 Yoon Eun Hye expressed her admiration for the drama, saying, “After appearing on ‘Coffee Prince,’ I no longer heard the term ‘idol-turned-actress.’ It’s the project that made me into an actress.”

Kim Jae Wook commented, “This was a time where I could really positively express my individuality.” Kim Dong Wook added, “During this time, my passion and ambition were overflowing. Acting was just fun then.” 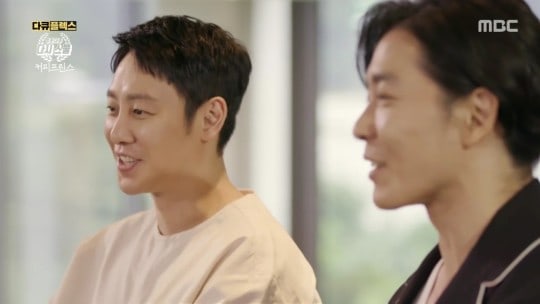 Regarding the popularity of “Coffee Prince,” Gong Yoo shared, “Every day was crazy. People around me would ask what was going to happen next and say it was so hard to wait.” Chae Jung An added, “Back then, our chemistry was very good. I think the energy of everyone and the universe was all brought together.” 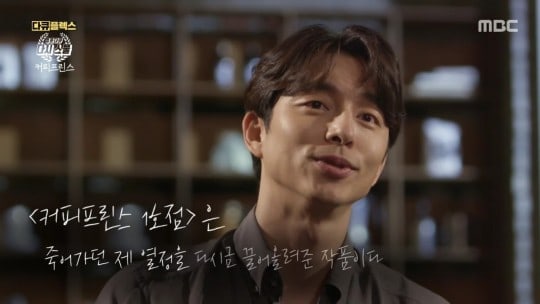 Gong Yoo, who won an acting award for his performance in “Coffee Prince,” touched on the meaning of this drama to him, sharing, “‘Coffee Prince’ is the project that revived my dying passion. I think I was healed through the drama. We became brighter and hotter together. That’s why I think it’s that much harder to forget everyone, and that’s what makes this project that much more meaningful.”

The full documentary will be available on Viki soon. In the meantime, watch “Coffee Prince” below!