Upcoming tvN drama “Tale of the Nine Tailed” has revealed new posters of their main cast!

“Tale of the Nine Tailed” is an “urban fantasy drama” that tells the story of a male gumiho (a mythical nine-tailed fox) named Yi Yeon who has settled in the city and the fearless producing director Nam Ji Ah who is determined to hunt him down.

Lee Dong Wook’s charismatic poster reads, “Tell this to that human over there. ‘If you can catch me, try.'” 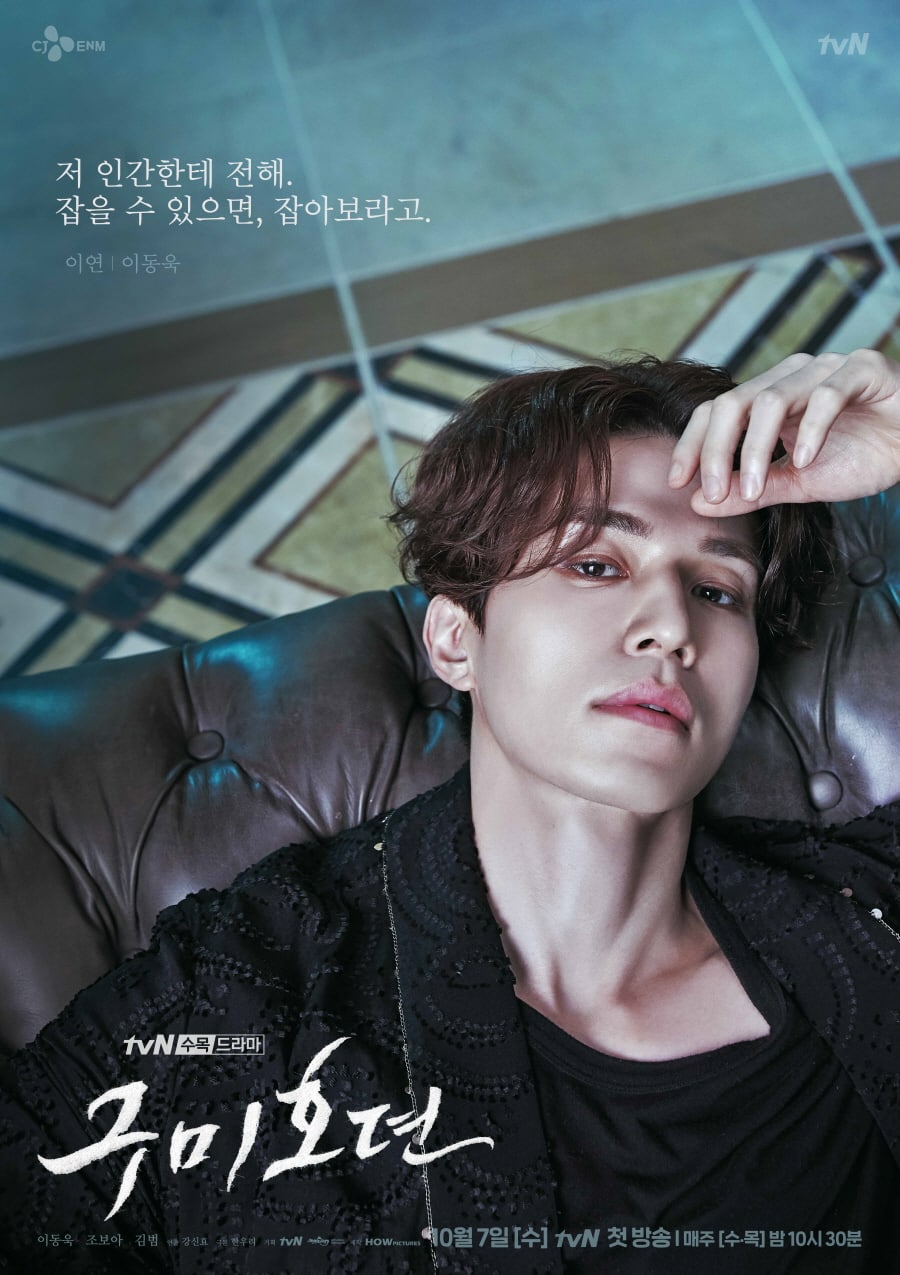 With her powerful gaze, Jo Bo Ah shows off her character’s fiery competitiveness. Her poster caption says, “‘The guy’ I’ve wanted to catch like crazy has appeared.” 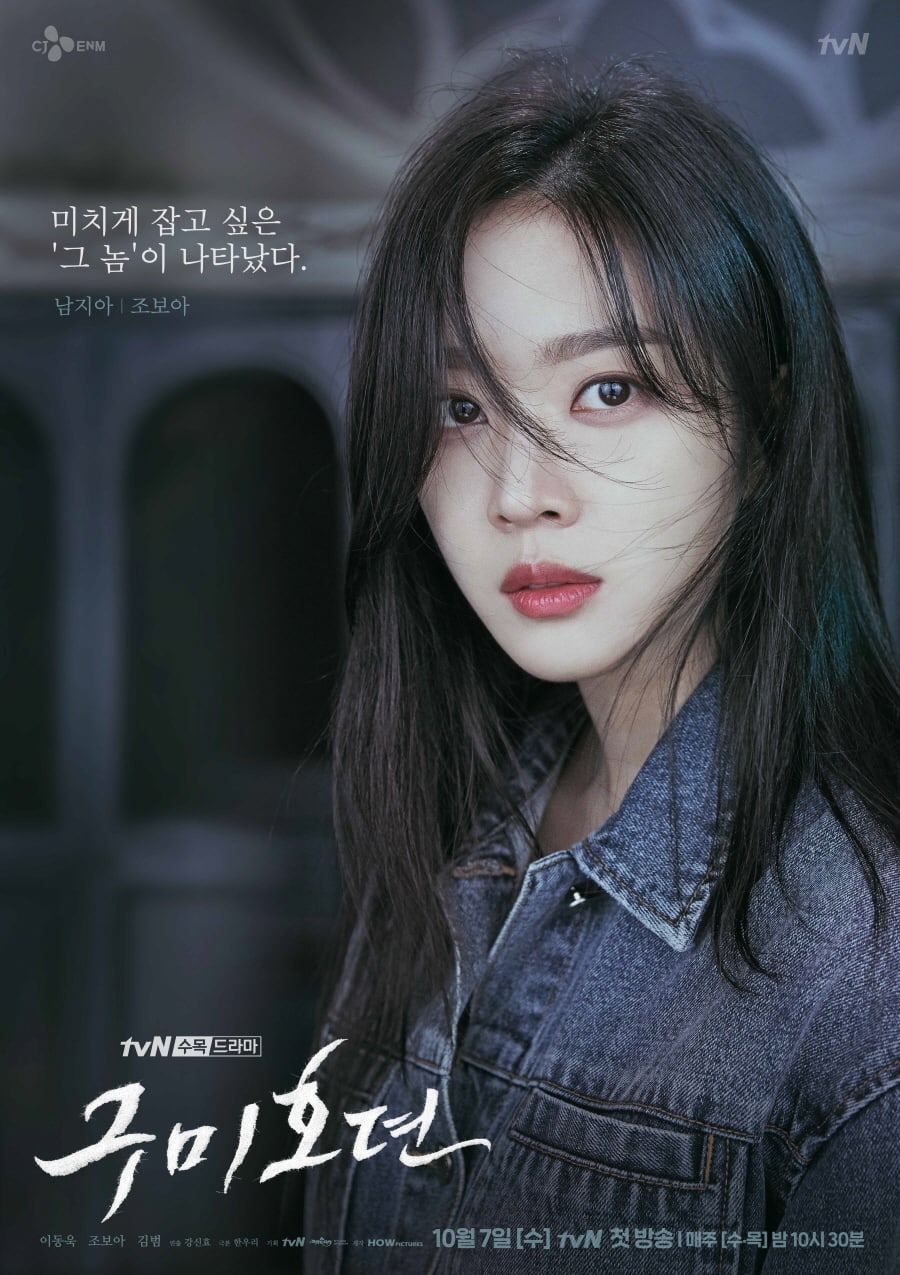 In his poster, Kim Bum has a playful expression but a cold look in his eyes. The poster reads, “Didn’t you miss me?” 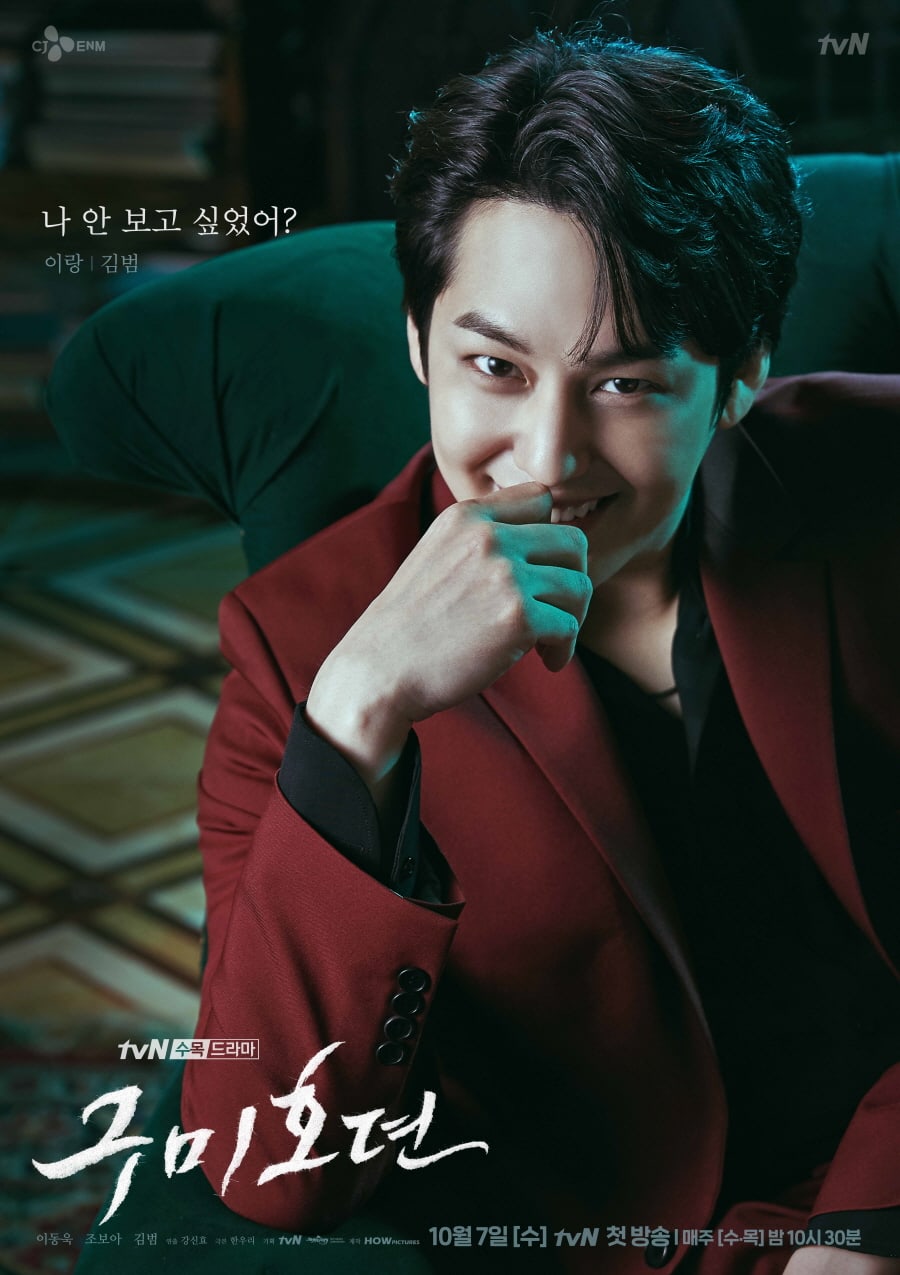 The producer shared, “The character posters of gumiho Yi Yeon, human Nam Ji Ah, and half-human, half-gumiho Yi Rang capture each of their signatures. This was produced with the intention of signalling the start of a fantasy the world has never seen before. Please look forward to the intense fantasy, action, and romance drama ‘Tale of the Nine Tailed,’ where the explosive acting of Lee Dong Wook, Jo Bo Ah, and Kim Bum will make you forget about reality.”