IU’s mini concert on “Yoo Hee Yeol’s Sketchbook” was the most buzzworthy variety show event of the week!

On September 18, “Yoo Hee Yeol’s Sketchbook” dedicated an entire episode to IU, giving her the opportunity to stage a mini concert to celebrate her 12th debut anniversary. She sang many of her beloved hits and fan-favorites, and even performed an unreleased song.

On Good Data Corporation’s rankings of non-drama TV shows and cast members that generated the most buzz from September 14 to September 20, “Yoo Hee Yeol’s Sketchbook” and IU topped their respective charts. A source from Good Data Corporation said, “There were many people who said that they felt comforted after watching IU’s performances during this time that’s been difficult due to the COVID-19 pandemic.”

The top 10 most buzzworthy non-drama shows for the week were: 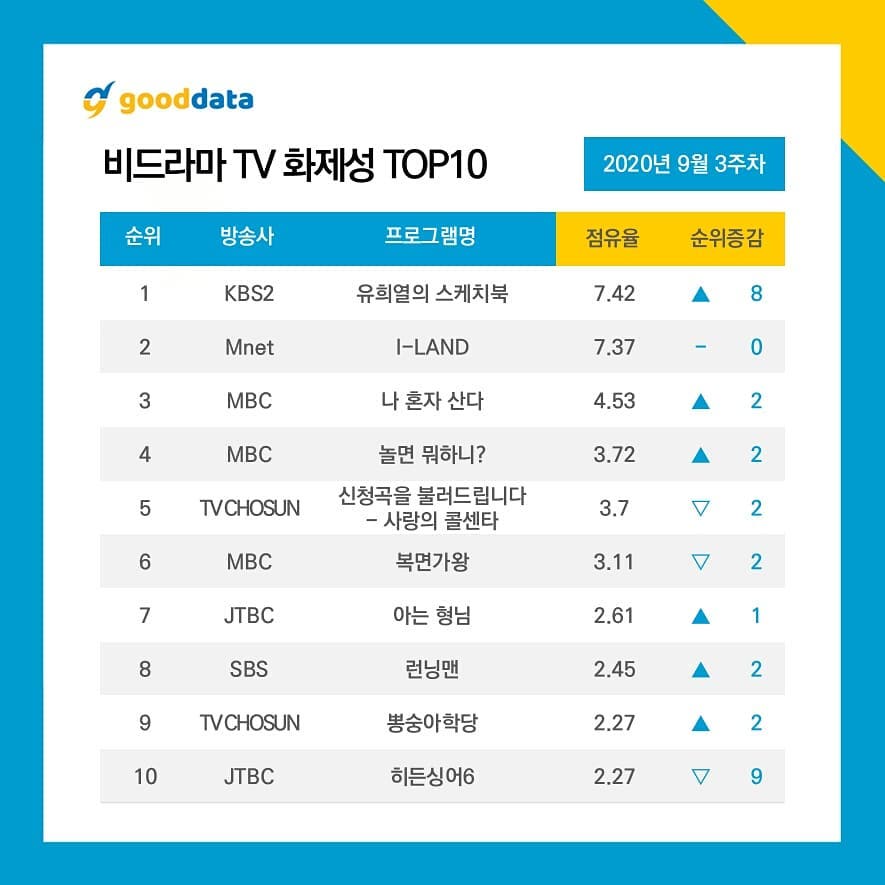 With IU in the top spot this week on the list for cast members, BLACKPINK member Jisoo comes in second after she appeared on the show “Delicious Rendezvous” on September 17.

The top 10 most buzzworthy cast members on non-drama shows for the week were: 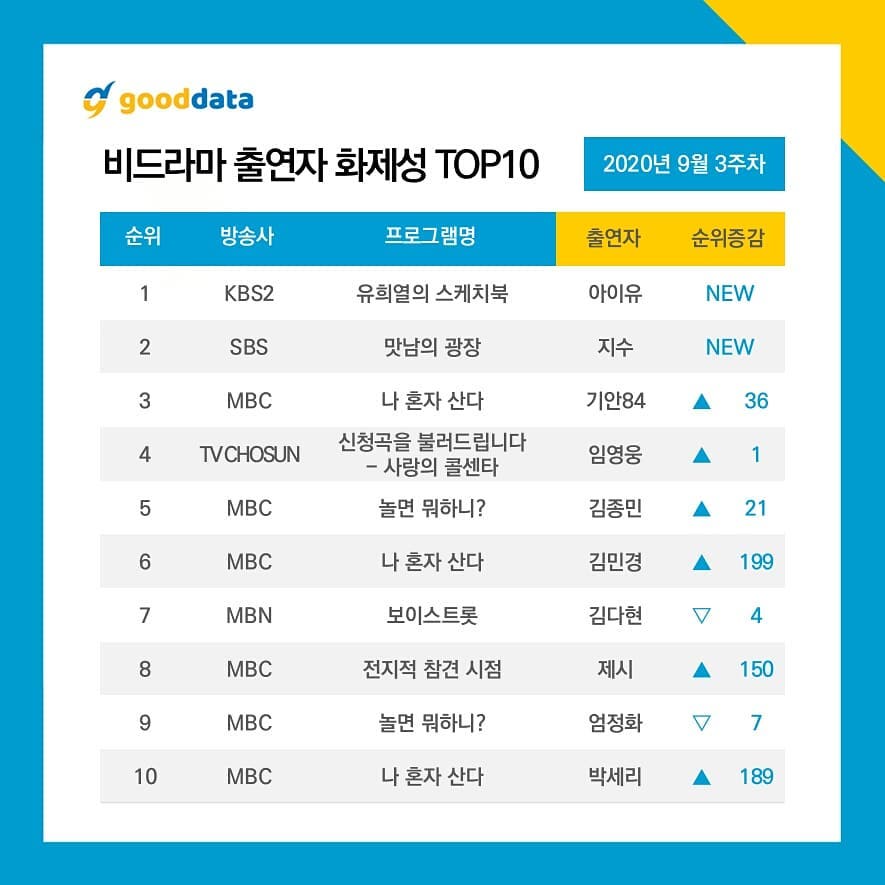 The rankings are compiled from analyzing news articles, blog posts, online communities, videos, and social media posts about 169 non-drama TV shows that are currently on air or set to air soon.

And check out “I-LAND” here!