On the September 26 episode of MBC’s “How Do You Play?”, the upcoming girl group Refund Sisters did their first work event together and decided on their debut title track.

In the episode, Jimmy Yoo (Yoo Jae Suk) told the group that he had managed to secure their first work event, which was to film a TV spot for the Chuseok holidays. Chun Ok (Lee Hyori) said, “We don’t have a song and we haven’t done anything yet, so why are we doing work events already?” Jimmy Yoo reassured the others, “This is just a conversation. I’m not getting scolded.” Man Ok (Uhm Jung Hwa) said, “Normally you ask before setting up a work event, but you just do things on your own.”

In order to get closer, Yoo Jae Suk also arranged a profile photo shoot with the managers. 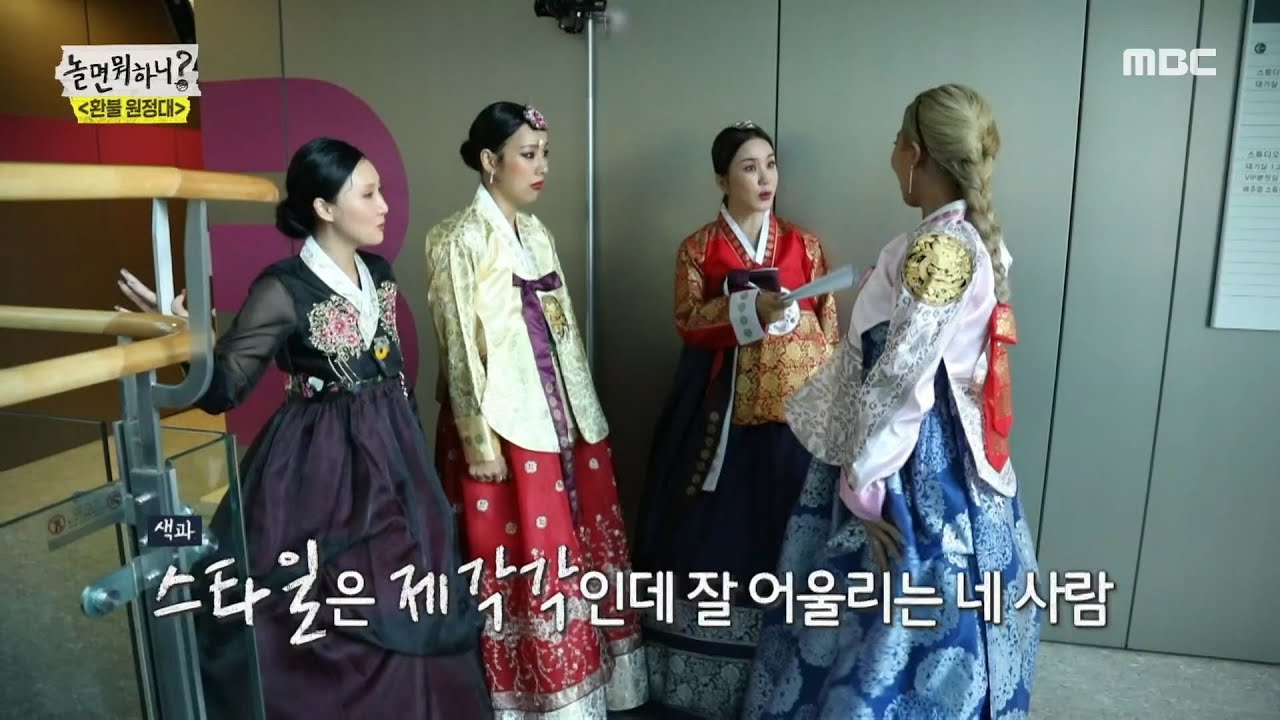 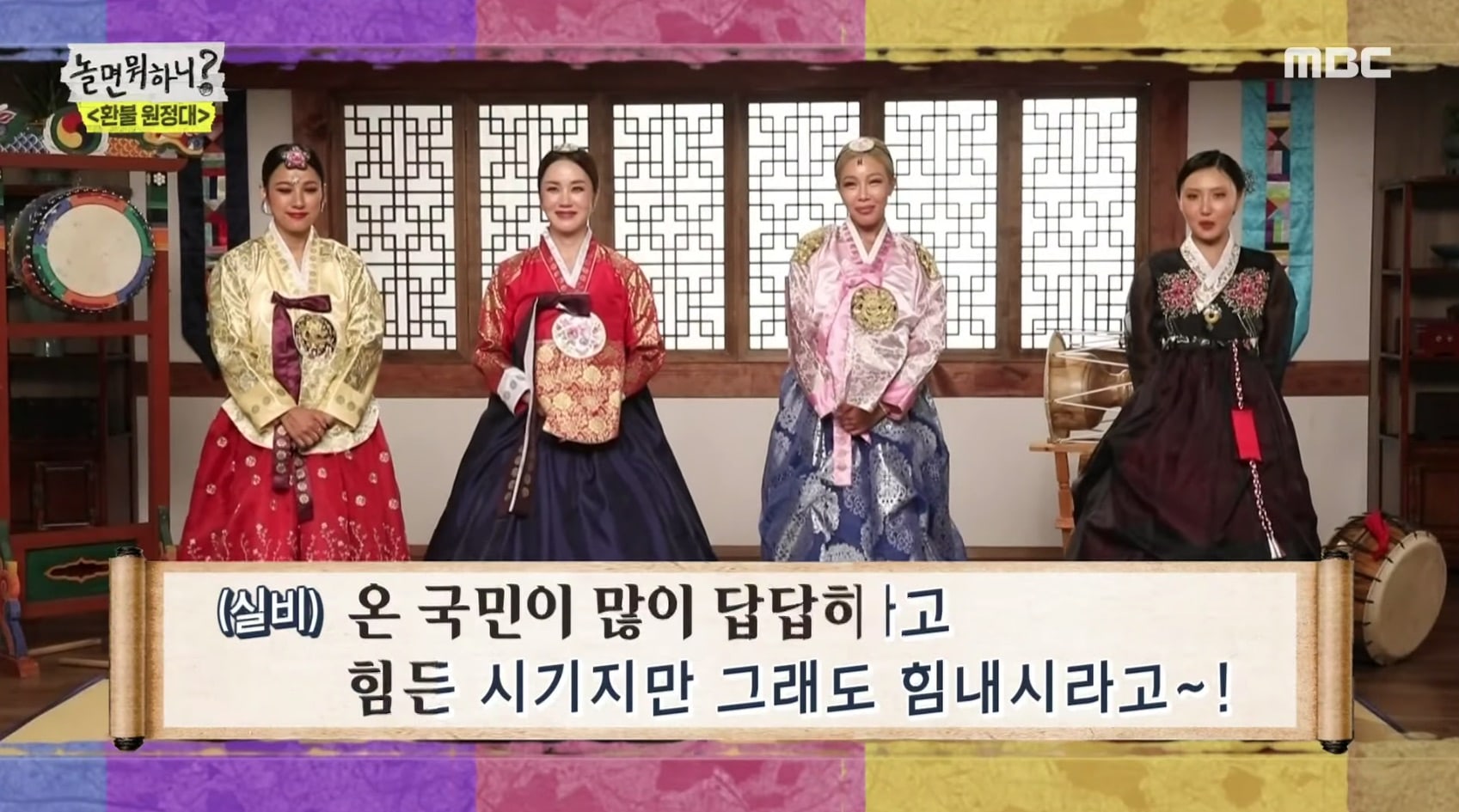 For the TV spot, the members dressed in hanbok (traditional Korean clothing). Jimmy Yoo nagged, “I worked hard to set this up through talks with the PD. This is your first work event, so make sure to greet people properly.”

Several days later, Refund Expedition met with Jimmy Yoo and producer Rado in the studio to pick a title track. Eun Bi (Jessi) said, “Jimmy Yoo has a lot of respect for music. His ear isn’t bad. But it’s not that good.”

The members then listened to a song called “Don’t Touch Me.” Man Ok said, “I don’t want to admit this, but it’s really good. I got goosebumps three times.” Chun Ok agreed, “It is really good.” Eun Bi said, “It’s good. It’s better than I expected.” Sil Bi (Hwasa) said, “I wasn’t sure at first, but after it ended, I felt like it had all the factors to attract the public.” The members added, “It’s annoying. It’s annoying that we can’t do anything but compliment it.”

Through a vote, “Don’t Touch Me” was unanimously decided upon as the group’s debut title track. Rado said, “I thought about the four members and came up with the song in about two hours. It was difficult, especially for Jung Hwa’s part. It was hard to think of her character. She looks strong on the outside, but she has a tender heart, so it was hard to capture both sides.”

He continued, “Eun Bi will kick off the song with a soulful start, while Sil Bi will bring out the hook. Man Ok is in charge of the emotional vocals, while Chun Ok inspired much of the overall story.” It was decided that the song would be released on October 10, marking the group’s debut date. 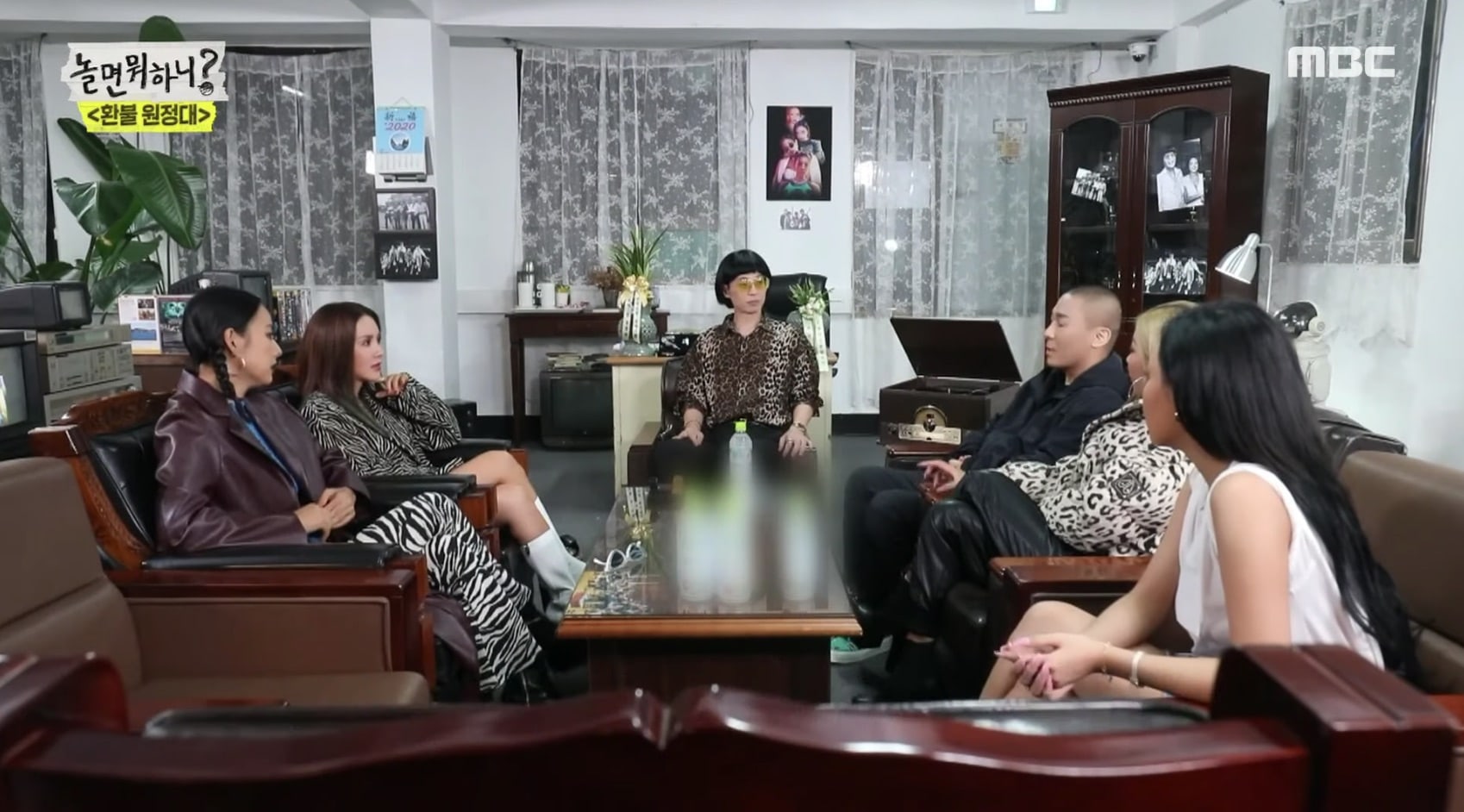