JTBC’s “18 Again” has shared a new look at the uploading episode!

Based on the American film “17 Again,” “18 Again” is about a man on the brink of divorce who suddenly finds himself back in the body of his 18-year-old self. Yoon Sang Hyun plays the older version of the protagonist Hong Dae Young, and Lee Do Hyun plays the teenage counterpart who goes by the name Go Woo Young. Kim Ha Neul co-stars as Hong Dae Young’s wife Jung Da Jung.

Previously, the drama shared a glimpse of Hong Dae Young’s father Hong Joo Man (Lee Byung Joo). Hong Joo Man was dead set against the marriage of Hong Dae Young and Jung Da Jung. He disapproved of their determination to have a baby when they were only in high school and claimed a baby would only ruin their lives. This drove a wedge between the son and father, and the upcoming episode will show a deeper glimpse of their relationship.

In the new stills, Lee Do Hyun poses as Go Woo Young. He spots Hong Joo Man on the street, and his expression becomes pensive and undecisive. On the other hand, Hong Joo Man didn’t even notice him, and he goes his own way without even looking back. Judging from his tired face and heavy shoulders, he looks like he doesn’t have anything particular to look forward to in his life.

Go Woo Young reaches out to his father, but eventually, he drops his hand and hangs his head low in disappointment and guilt. It seems like he isn’t able to approach his father because of his new, young appearance. 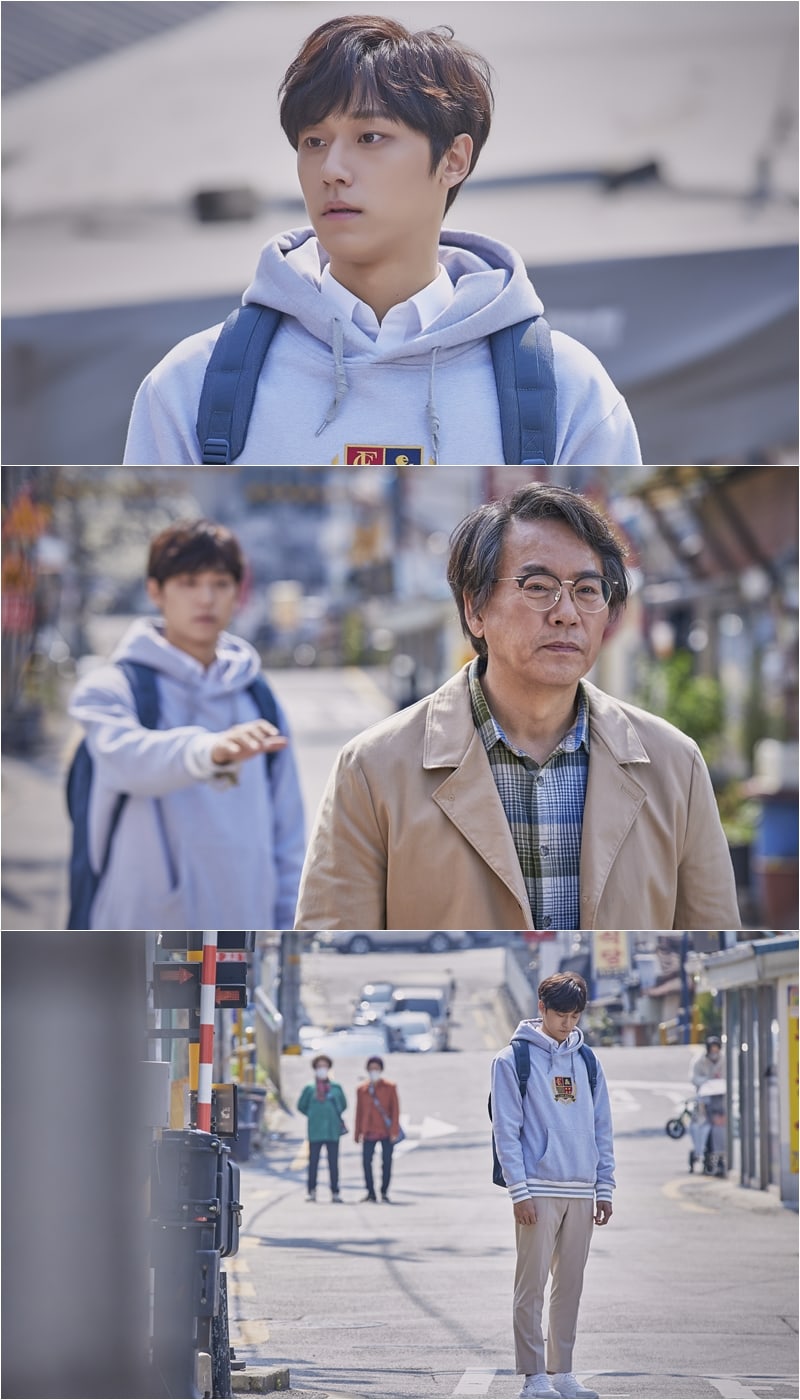 The production team of “18 Again” shared, “This week, the drama will tell the story of Lee Do Hyun and Lee Byung Joon. In particular, it will give an insight into the truth about Lee Byung Joon that one knew about. Please look forward to this week’s episodes as they will touch hearts with their father-and-son relationship.”

Watch Lee Do Hyun in “Hotel Del Luna” below:

Lee Byung Joon
Lee Do Hyun
18 Again
How does this article make you feel?