On October 3, MBC’s “How Do You Play?” broadcast a Chuseok special in which the Refund Sisters members played games with Jimmy Yoo and their managers. 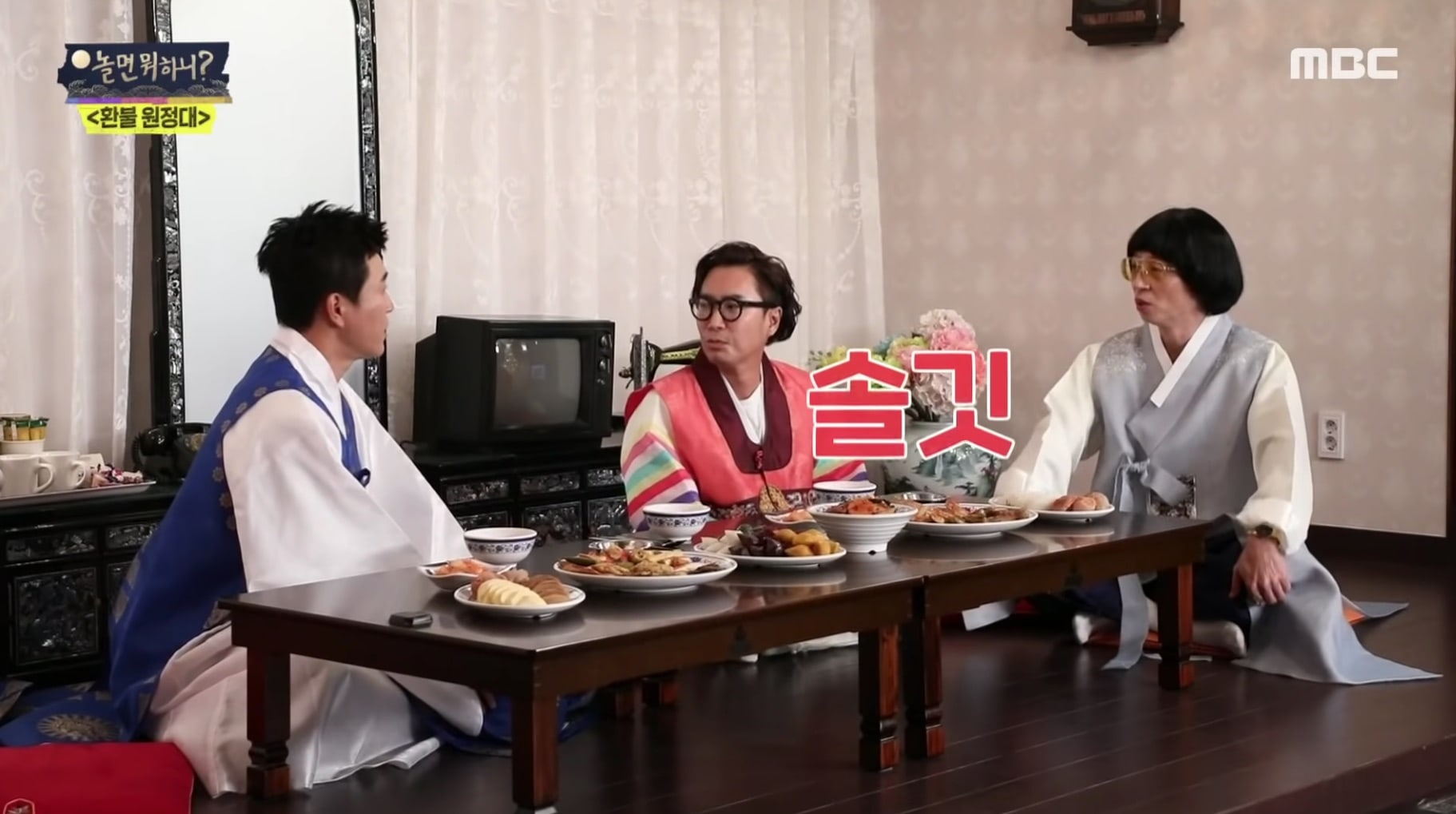 Before the Chuseok games, Jimmy Yoo and the two managers had an “agency” meeting. Jimmy Yoo divided up their roles, saying, “Kim Ji Sub is in charge of driving and management, while Jung Bong Won is in charge of promotions and styling.”

Jimmy Yoo shared that he had an ambitious goal for their agency, saying, “This is top secret. Big Hit Entertainment is on the cusp of its IPO. I’ll just leave it at that. What do you think would happen to us if we went public too?” The managers wanted to know how much stock options they would get, but Jimmy Yoo joked, “If Antenna comes out on the market, I’m going to take it over.” Antenna Music is Jung Jae Hyung’s label, which was founded by Yoo Jae Suk’s friend Yoo Hee Yeol. 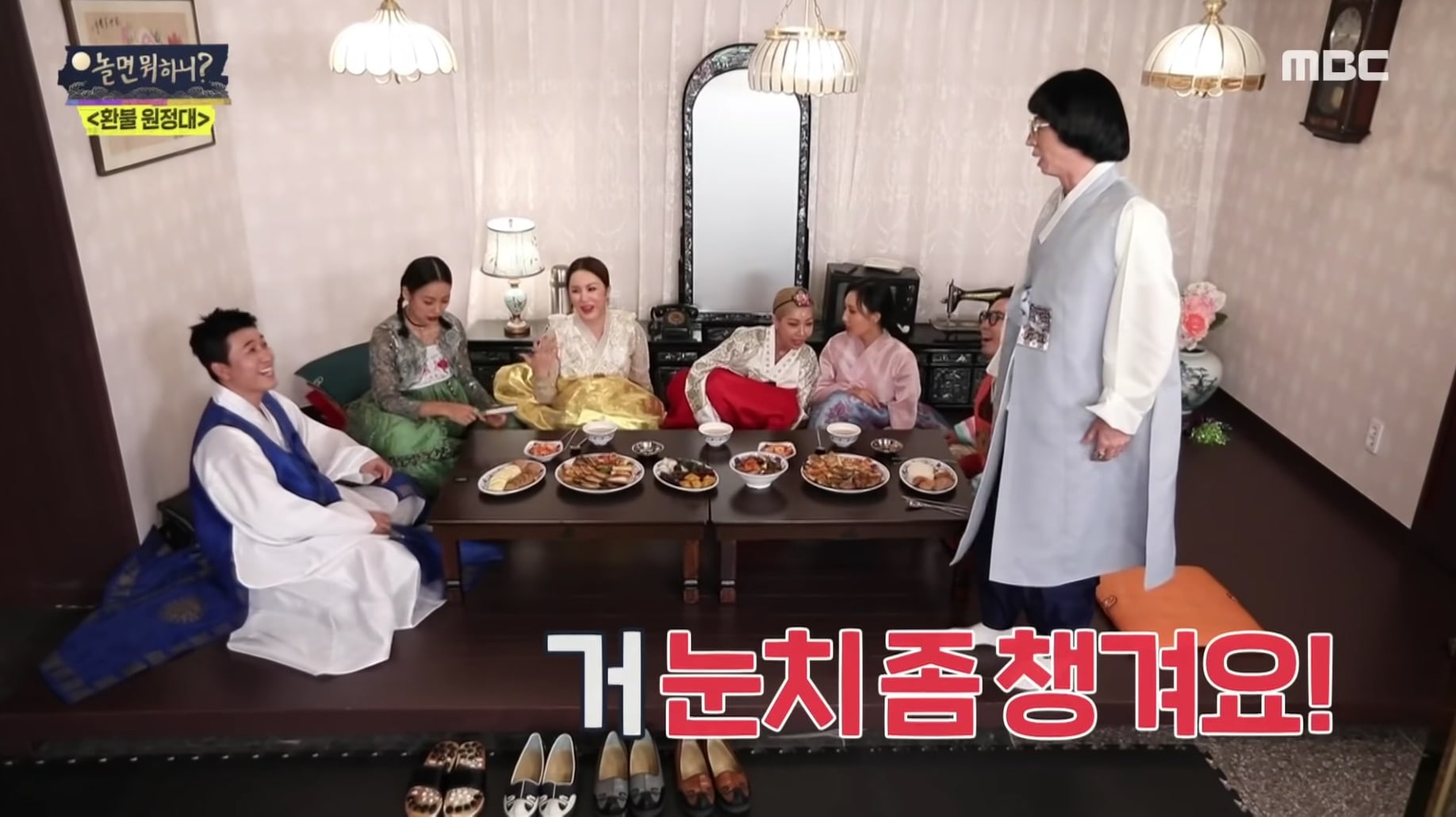 The Chuseok games were designed to bring the members and their managers closer. After everyone had gathered, Man Ok (Uhm Jung Hwa) was asked what she did at Chuseok. Jung Bon Won quipped, “She’s just lonely.” Chun Ok (Lee Hyori) chimed in, “I wish I was lonely. You have to make all the jeon in the world.” In Korea, it is tradition for daughters-in-law to help out at their husband’s family’s house at Chuseok. Jeon are fried foods that are one of the traditional dishes made at Chuseok.

Man Ok said, “I wish I had in-laws to visit at Chuseok. I want to make jeon at their house, receive love from my parents-in-law, and pretend to be having a hard time for my husband. I want to do all that.” Kim Ji Sub commented, “Your future mother-in-law would be quite old,” which made her bristle. Jimmy Yoo commented, “We seem more like shamans than people on holiday.” 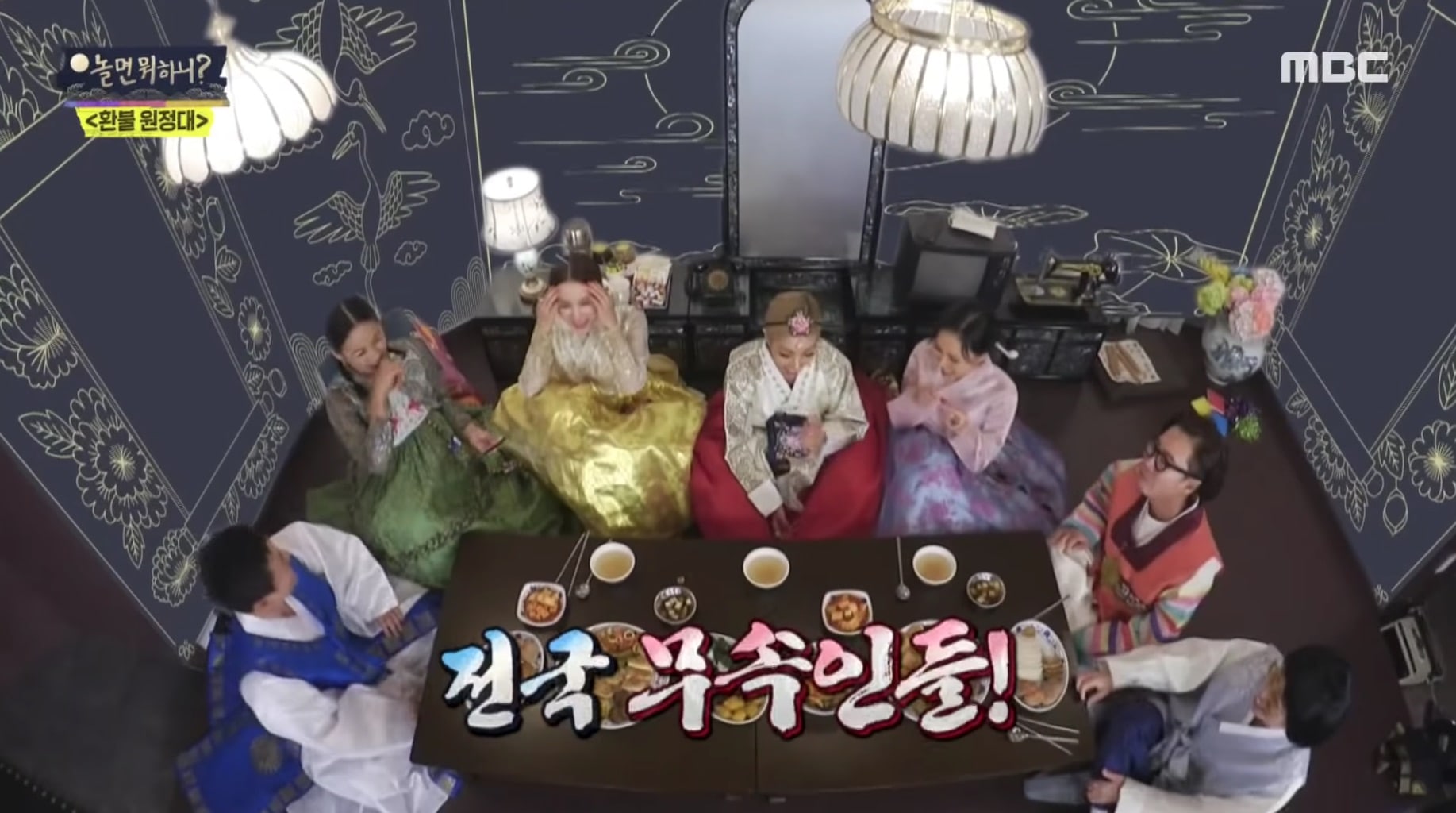 Chun Ok commented that she thought Jessi (Eun Bi) and Kim Jong Min would look good together as a couple. Jessi retorted, “You date him.” But Chun Ok said, “I think that Eun Bi should have someone who can accept her as she is like Sang Soon does for me.” (Lee Sang Soon is Lee Hyori’s husband.)

In the final game, Eun Bi was eliminated due to Chun Ok’s interference and Kim Ji Sub’s team took the final win. Before the Chuseok special ended, Eun Bi was voted the MVP of the games. 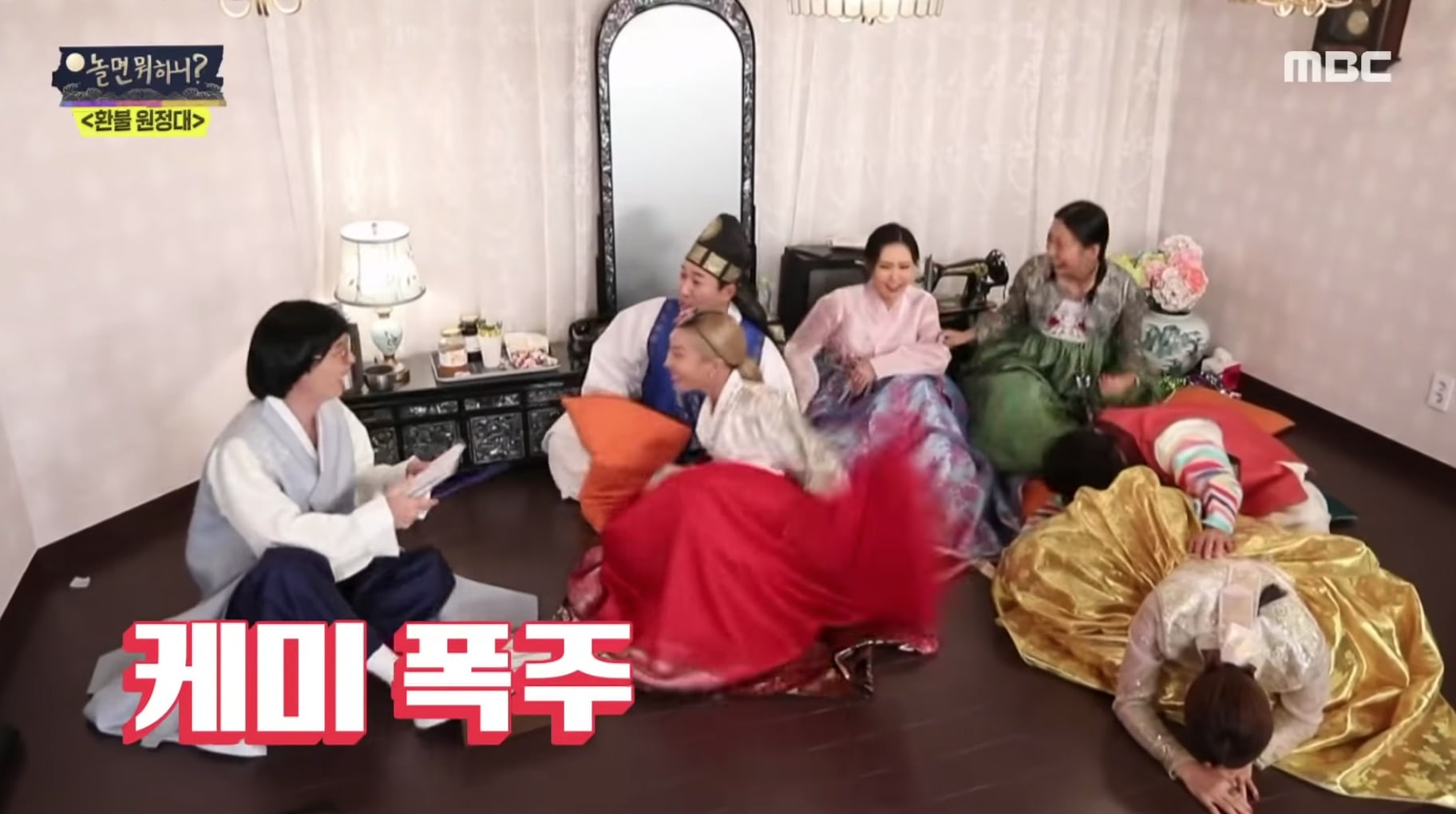 Refund Sisters is scheduled to debut on October 10.