SBS’s “Alice” has shared a new glimpse behind the scenes of filming!

The sci-fi action thriller did not air this week due to broadcast schedule changes for the Chuseok holiday, but the producers made up for it by releasing a new set of fun behind-the-scenes of the cast.

While the emotional, suspenseful plot and life-or-death stakes of “Alice” keep the characters and tone of the drama quite serious, the stars give off a totally different vibe once the cameras stop rolling. The new photos show the cast members having a blast during filming, joking around with one another and playfully posing for photos between takes.

The cast also displays a relaxed chemistry behind the scenes, with Joo Won and Kim Hee Sun looking especially comfortable around each other as they go over the script together and huddle over Joo Won’s phone during their downtime.

According to the drama’s production staff, the actors’ stellar teamwork and natural chemistry have led to a cheerful and warm atmosphere on set, which has in turn helped their acting. 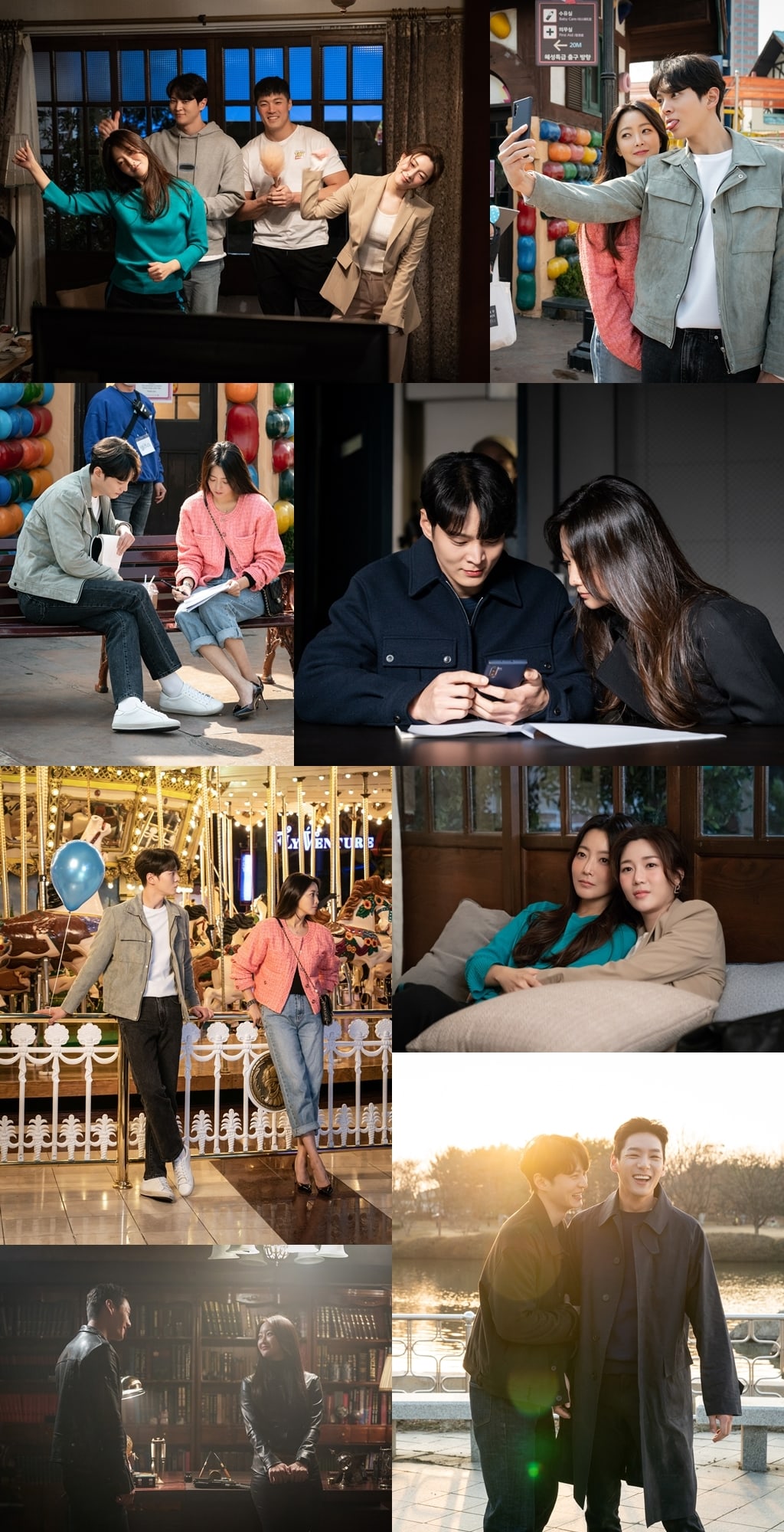