tvN’s “Record of Youth” has released new stills ahead of the upcoming episode!

After struggling to achieve his dream of becoming an actor, Sa Hye Joon has finally put himself on the map as an up-and-coming star. Despite the efforts of his previous agency’s CEO Lee Tae Su (Lee Chang Hoon) to block his appearances, Sa Hye Joon made a name for himself by appearing in the medical drama “Gateway” together with top star Lee Hyun Soo (Seo Hyun Jin). Amidst his busy new life as an actor, Sa Hye Joon still found time to kindle his romance with Ahn Jung Ha, but viewers are curious about whether or not the couple will be able to continue their relationship as they face the new reality of Sa Hye Joon’s fame.

The new stills show Sa Hye Joon at a press conference for the release of the new movie “Normal Person.” Also present are his fellow actors Won Hae Hyo and Park Do Ha (Kim Gun Woo). The movie marks another new beginning for Sa Hye Joon, who had previously intended to give up on his acting dream and go to the military to carry out his mandatory service. He basks in the spotlight next to his co-stars, a wide smile on his face. 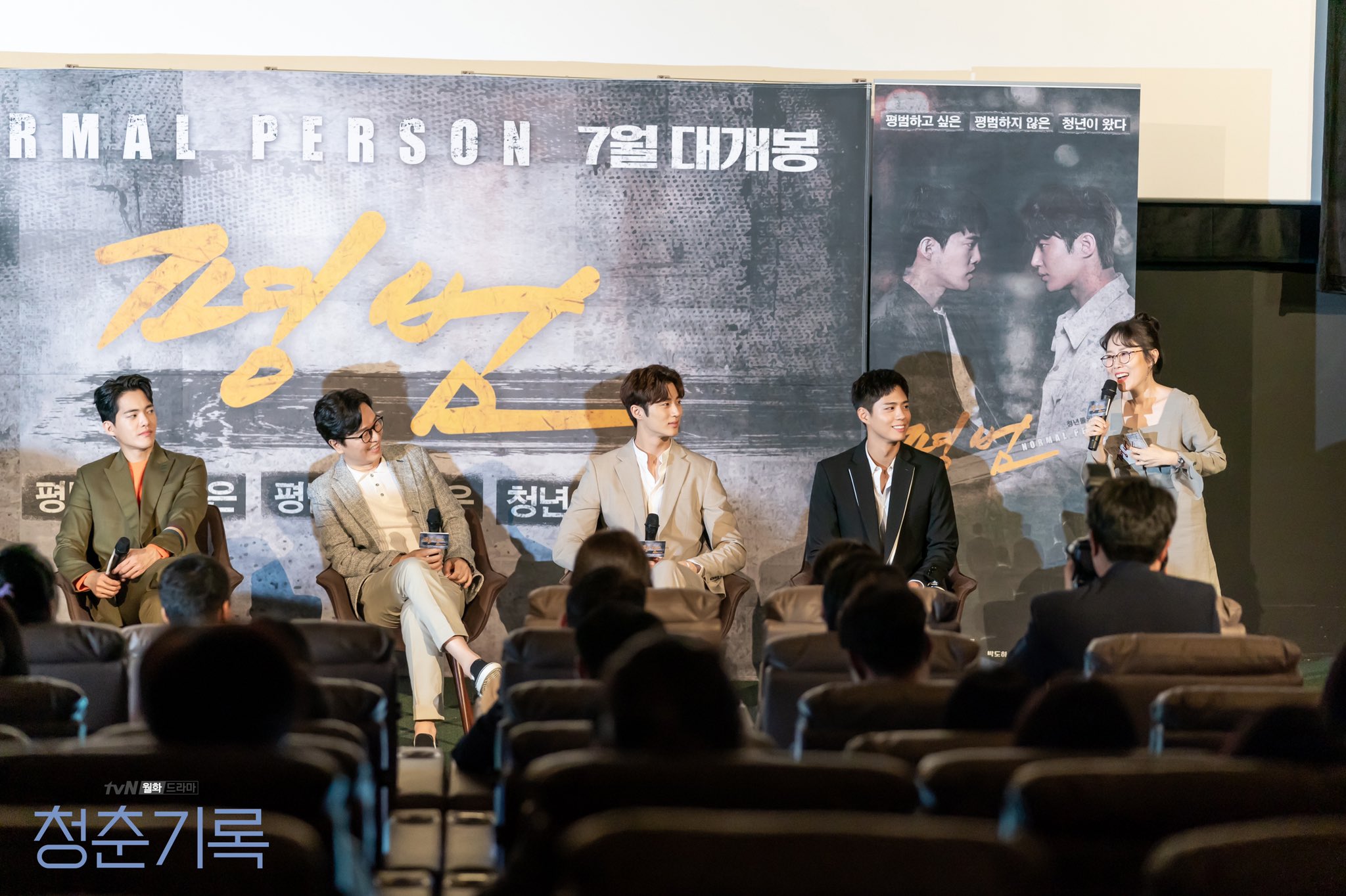 Backstage, Sa Hye Joon’s manager Lee Min Jae (Shin Dong Mi) supports him with affirmations and a round of applause. However, Lee Tae Su and Park Do Ha look on coldly, displeased with Sa Hye Joon’s success. Park Do Ha is especially irritated at the fact that although he stars as the main character, Sa Hye Joon is receiving more attention than him. Curiosity is mounting over how Sa Hye Joon came to participate in the press conference when he only has a minor role in the film. 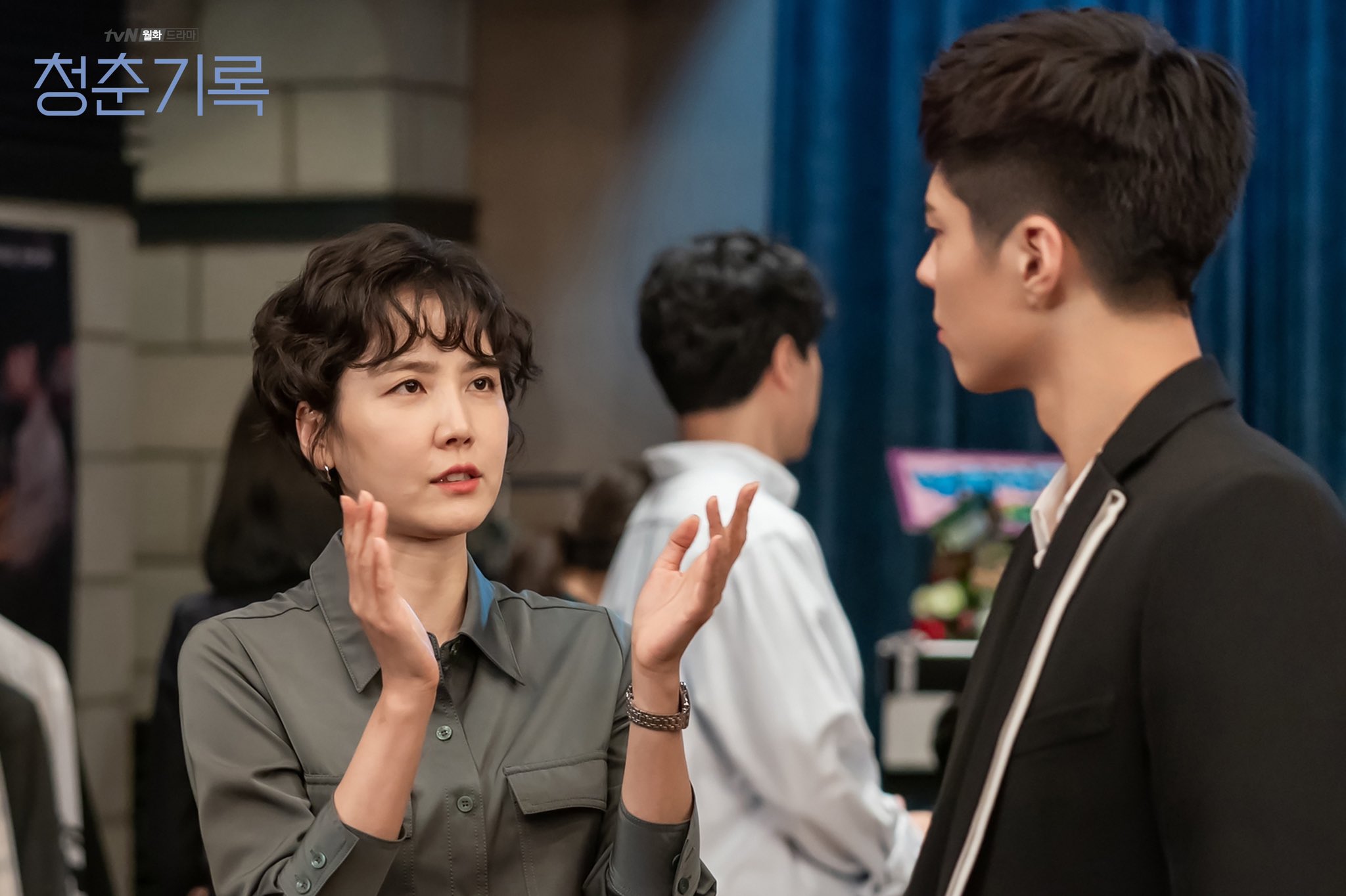 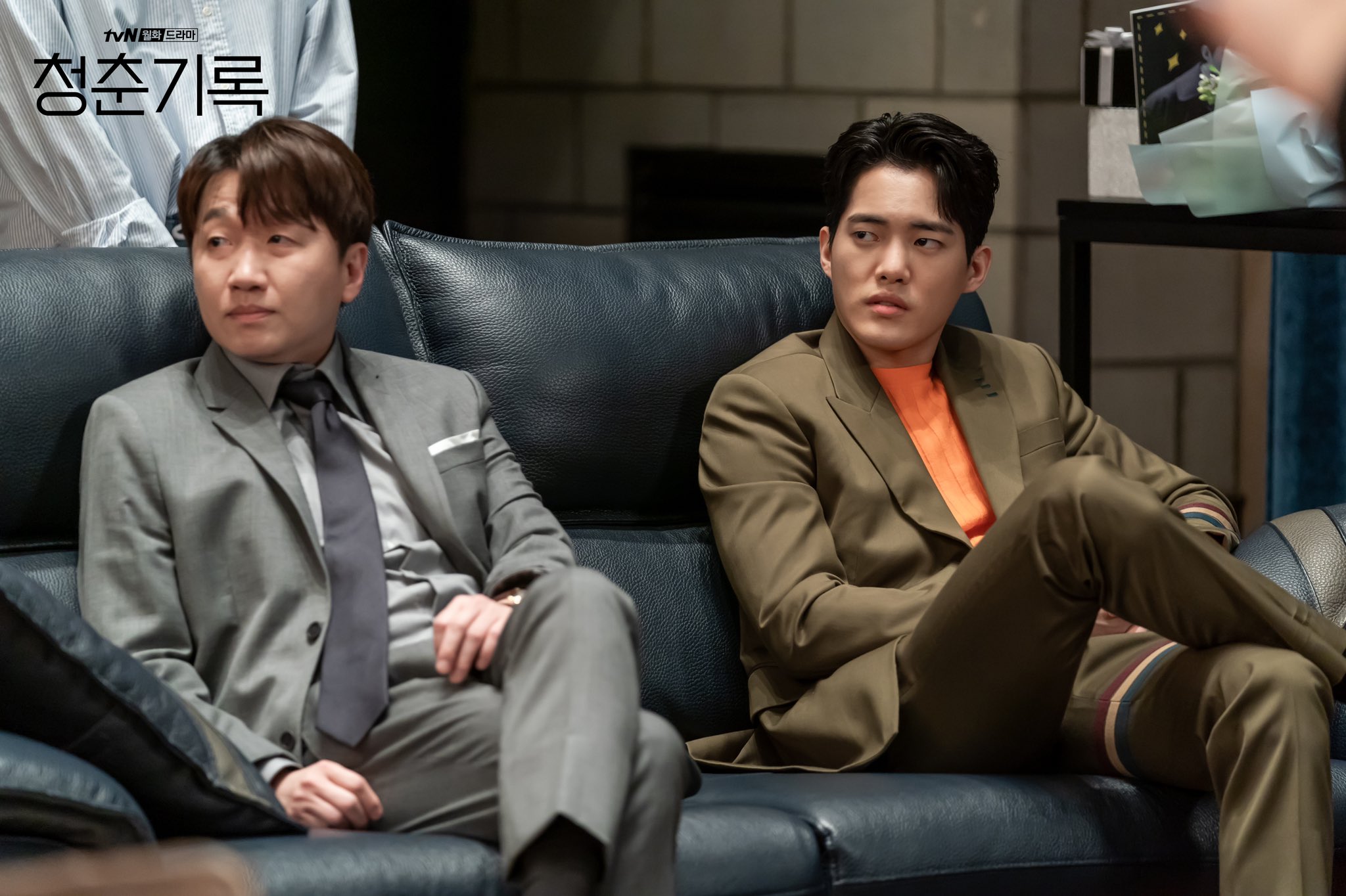 The “Record of Youth” production team hinted at what is to come in the second half of the drama, saying, “Sa Hye Joon will continue to seize the opportunities given to him by his newfound stardom, so look forward to his effort as an actor. The second half of the drama will heat up as Sa Hye Joon, Ahn Jung Ha, and Won Hae Hyo experience changes after facing a fork in the road.”