3 Reasons To Tune In To Lee Dong Wook, Jo Bo Ah, And Kim Bum’s New Drama “Tale Of The Nine-Tailed”

tvN’s “Tale of the Nine-Tailed” will be premiering soon!

Below are three reasons to catch the premiere of “Tale of the Nine-Tailed”!

The fantastic teamwork between the writer and director

While there have been other dramas in the past about gumihos who are usually women, “Tale of the Nine-Tailed” is unique because it tells the story of a male gumiho. Director Kang Shin Hyo and writer Han Woo Ri have teamed up for this new take on the mythical subject.

Kang Shin Hyo is the director behind hit dramas like “Midas,” “Tazza,” and “Heirs,” and he has joined Han Woo Ri once again for “Tale of the Nine-Tailed” after working together on the drama “Children of a Lesser God.” Fans are looking forward to what the duo will bring to the table this time.

The drama’s cast has already been making fans excited from the start. Lee Dong Wook will be showing off his good looks as he transforms into the gumiho Yi Yeon. Meanwhile, Jo Bo Ah will be the perfect “girl crush” as Nam Ji Ah, and Kim Bum has hinted at an impressive performance as Yi Yeon’s half brother, Yi Rang.

Viewers can look forward to what kind of chemistry these three actors will show as they take on interesting new characters who are hiding the truth about their identities. 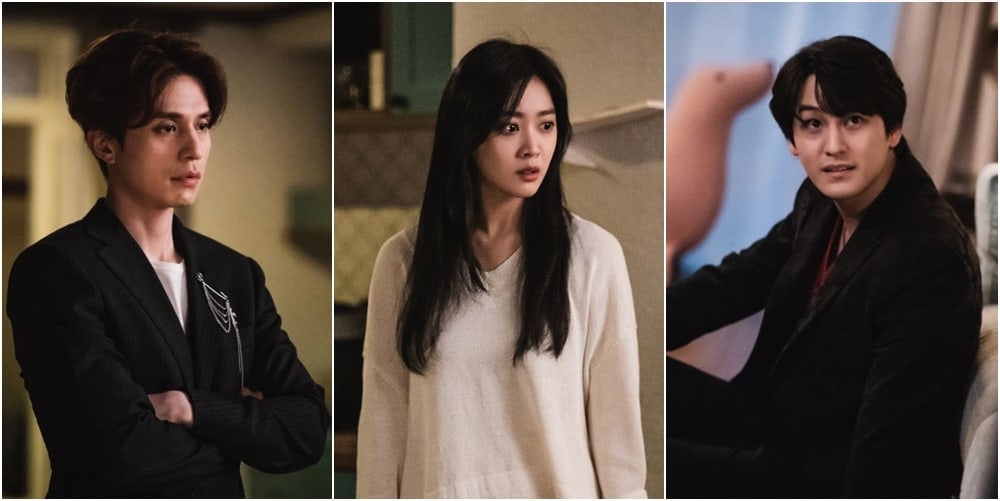 Finally, “Tale of the Nine-Tailed” will be a feast for the eyes. WYSIWYG Studios, the CGI team behind the 2018 film “The Witch,” has taken the upcoming drama to the next level. Martial arts director Park Joo Chun has also created exciting action scenes, and his work can be seen in dramas like “Gunman in Joseon” and “Incomplete Life” (“Misaeng”). Viewers will be able to experience how mythical characters transform into everyday people in a new, visually pleasing world.

The drama’s production team commented, “‘Tale of the Nine-Tailed’ — which will be the source of a good story, action, visuals, and fun — is finally premiering today. It’s a drama that’ll be raging with high energy and excitement in each episode. Please tune in to the first episode of ‘Tale of the Nine-Tailed.'”

“Tale of the Nine-Tailed” premieres tonight at 10:30 p.m. KST and will be available on Viki.

Watch a preview for the first episode here!