“Birthcare Center” is a noir drama about the world of high-level postpartum care. It centers around a woman named Oh Hyun Jin (Uhm Ji Won), who is the youngest executive at her company but the oldest mother at her luxurious postpartum care center. During her stay there, she meets Jo Eun Jung (Park Ha Sun), another mother at the center who is known as the “queen bee.”

The first teasers for the drama focused on the noir aspects of the drama and the opulent surroundings of the postpartum care center.

In one of the new teasers, Park Ha Sun waves an elegant goodbye to the attendant holding her baby before putting on a cap and dancing to Rain’s “Gang.” She gets lost in the dance, getting down on her knees, but as soon as the attendant comes back in, she pretends to be praying.

In another new teaser, Uhm Ji Won and her husband (Yoon Park) are preparing to enjoy a late night snack of chicken feet when Jang Hye Jin (who plays Choi Hye Sook, the director of the care center) enters with a disapproving look. The couple immediately sweeps the food away and pretends to be taking selfies. When Jang Hye Jin says, “You know capsaicin can be transmitted through breast milk?”, the couple are shamed into silence before Jang Hye Jin joins them for a photo.

The new posters for the drama also show the glamorous and the not-so-glamorous side of postpartum care. Uhm Ji Wo prepares for an elegant feast, but all the food is made of seaweed, which is said to be helpful for women who have just given birth. In another poster, Uhm Ji Won and Park Ha Sun get luxurious massages surrounded by cabbages, which are also said to be good for recovering from childbirth. In the third poster, Park Ha Sun smirks at the camera like a femme fatale, with a breast pump on the tray beside her. 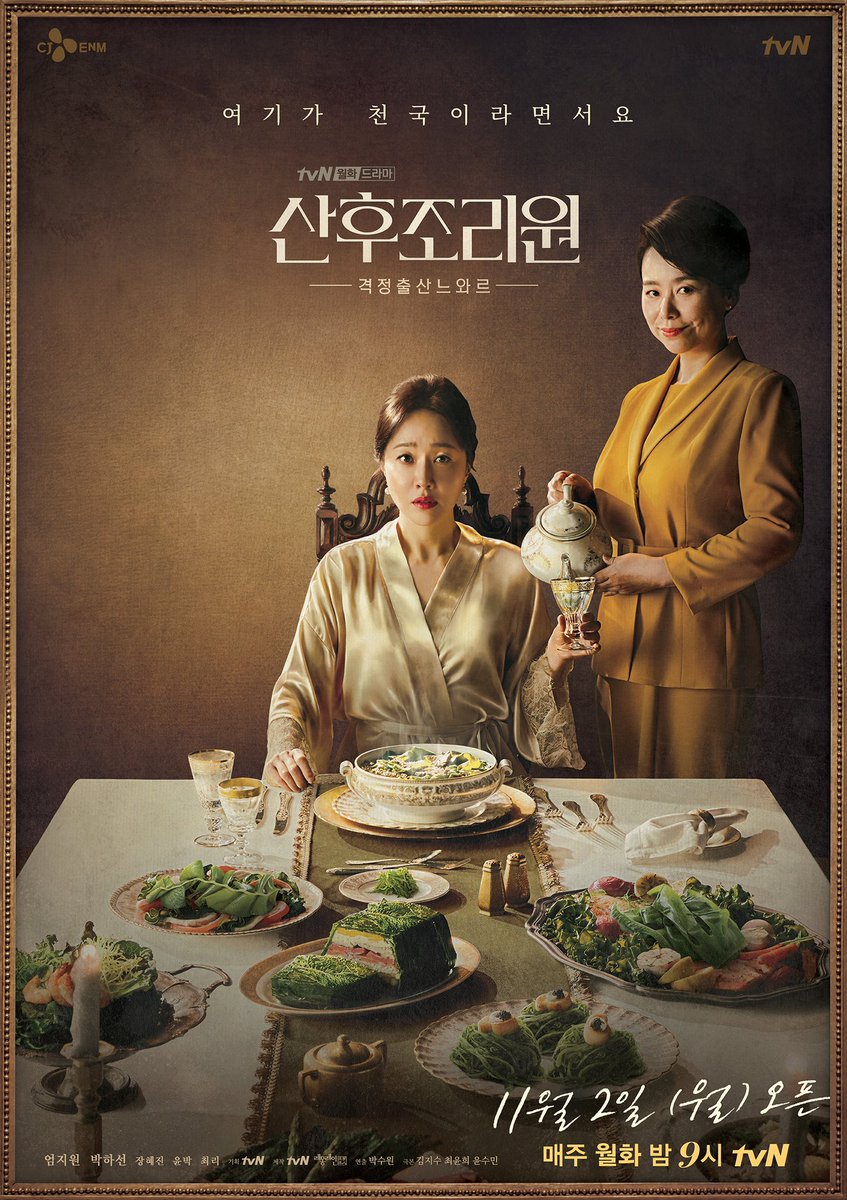 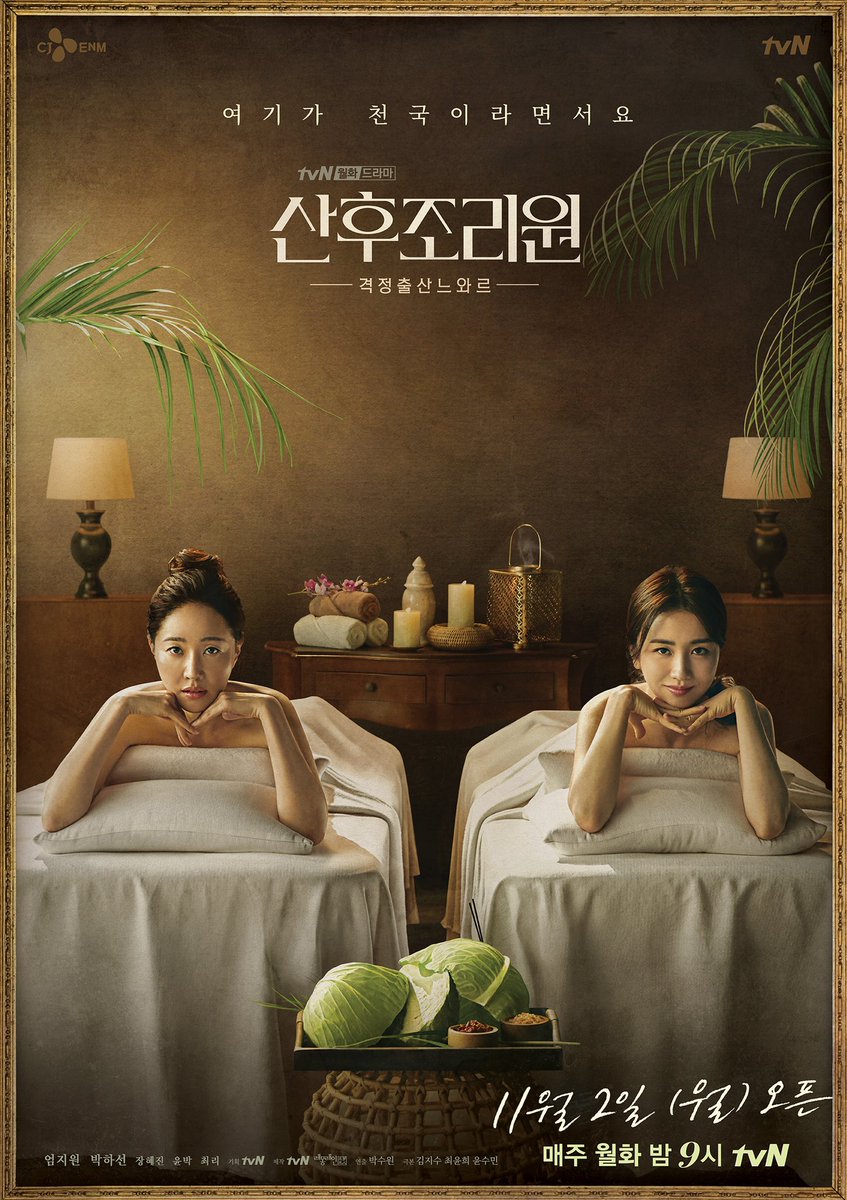 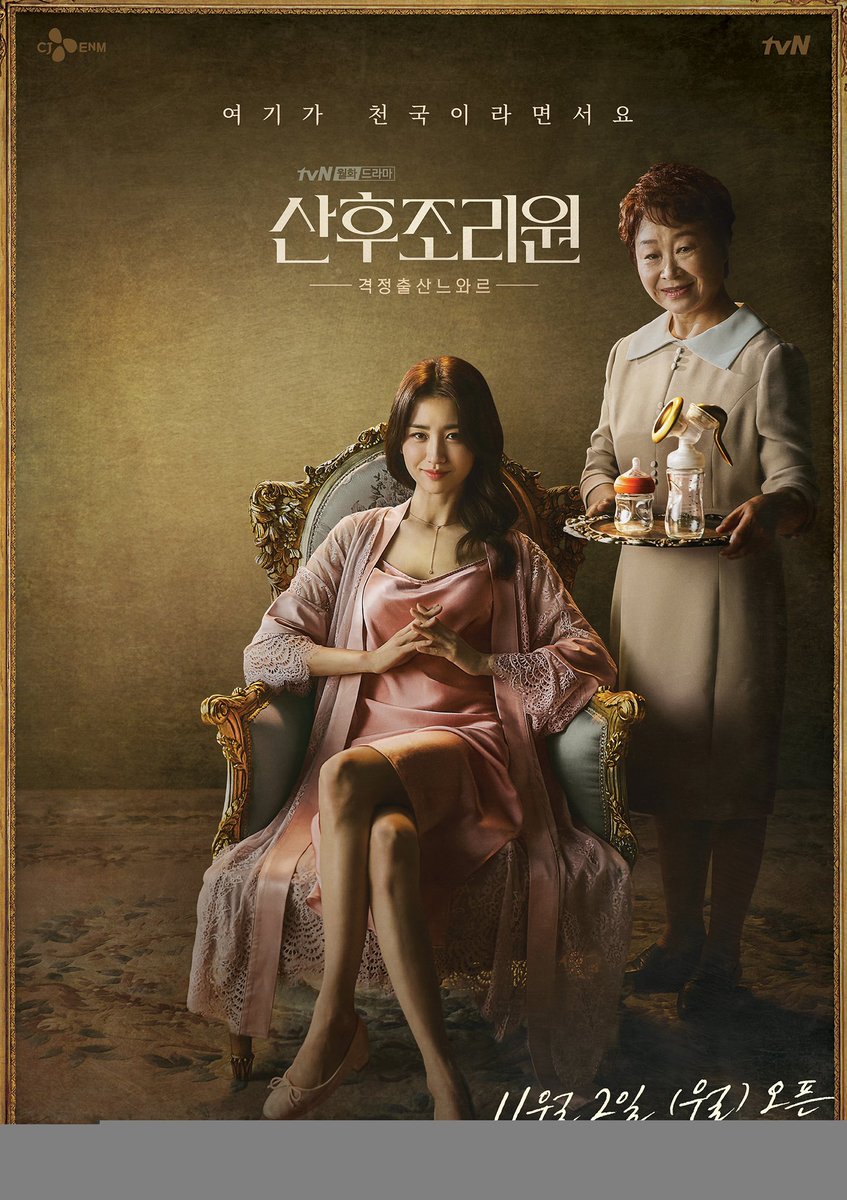 “Birthcare Center” premieres on November 2 at 9 p.m. KST and will be available on Viki.

Check out Uhm Ji Won in “Spring Turns to Spring” below!