“CAP-TEEN” is a new show that’s searching for the next teen K-pop star, and it invites the contestants’ parents to receive direct feedback from the show’s panel of judges. Shownu commented on working with his senior artists for the show. “Lee Seung Chul’s music, which I’ve listened to ever since I was little, is one of the things that’s helped me get here today,” Shownu said. “The fact that I get to be a judge alongside him is still surprising and nerve-racking to me.”

He continued, “When I see the contestants, I think about how I started my own trainee life when I was in my teens. As this is my first time as a judge, I’ll work hard to teach the teenage contestants and their parents all the things I’ve learned.” 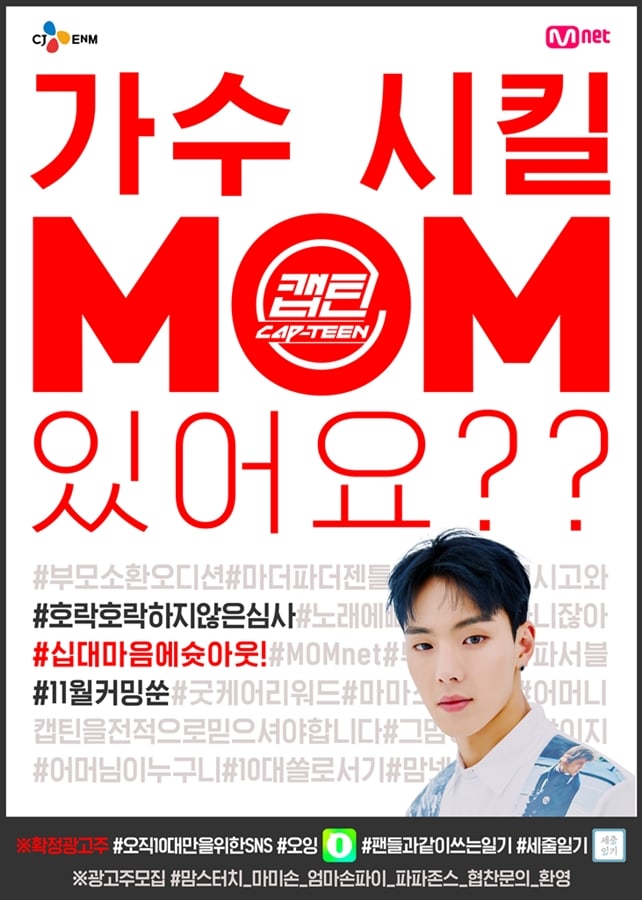 In a new video, Lee Seung Chul, Jessi, and Soyou are joined by the fourth and final judge Shownu, who is first introduced through a pre-debut clip where he dances to Rain’s “Rainism.” The judges then check out videos of the contestants’ skills, and Jessi jokingly passes on the responsibility of critiquing the youngest contestants, the dancing, and rap to Shownu, who is the closest in age to the teenage contestants.