Park Bo Gum surprises Park So Dam with a gift in new stills for the upcoming episode of tvN’s “Record of Youth”!

After the success of the period drama “Return of the King” led Sa Hye Joon to receive the Best Actor award, he enjoyed his newfound fame as a superstar until stumbling upon an unforeseen hardship. Meanwhile, Ahn Jung Ha stepped into new territory as she prepared to open her own makeup studio. The previous episode ended as Sa Hye Joon learned of the death of Charlie Jung (Lee Seung Joon) through a phone call, leaving viewers on the edge of their seats.

In contrast, the new stills show Sa Hye Joon and Ahn Jung Ha in unexpectedly good moods. Sa Hye Joon, wanting to support Ahn Jung Ha as she makes a fresh start, shows up at her new makeup studio to surprise her. Holding a plant, he peers around the corner with a mischievous smile. Ahn Jung Ha beams with happiness at his sudden appearance, and Sa Hye Joon flashes her a warm smile in return. 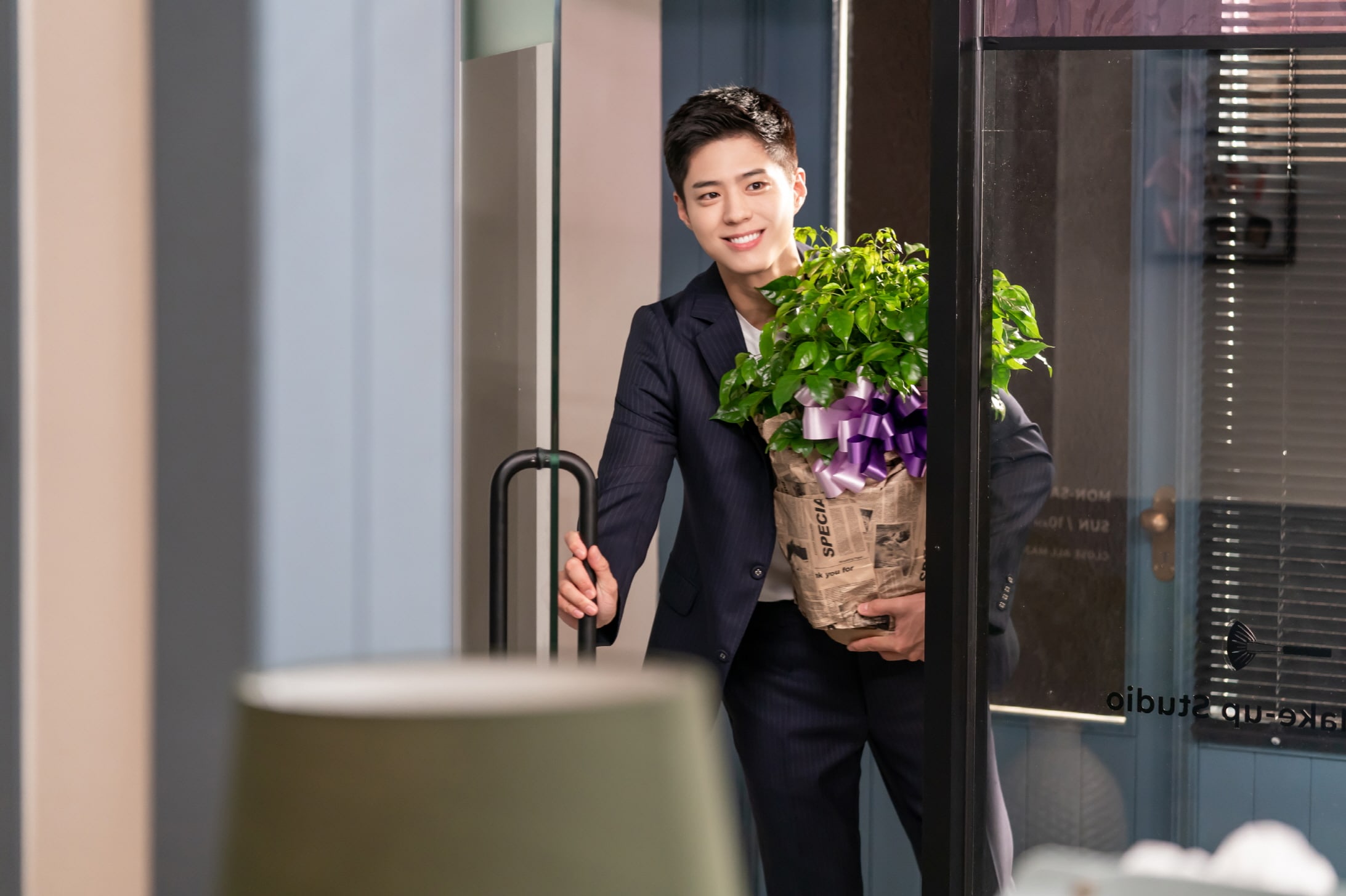 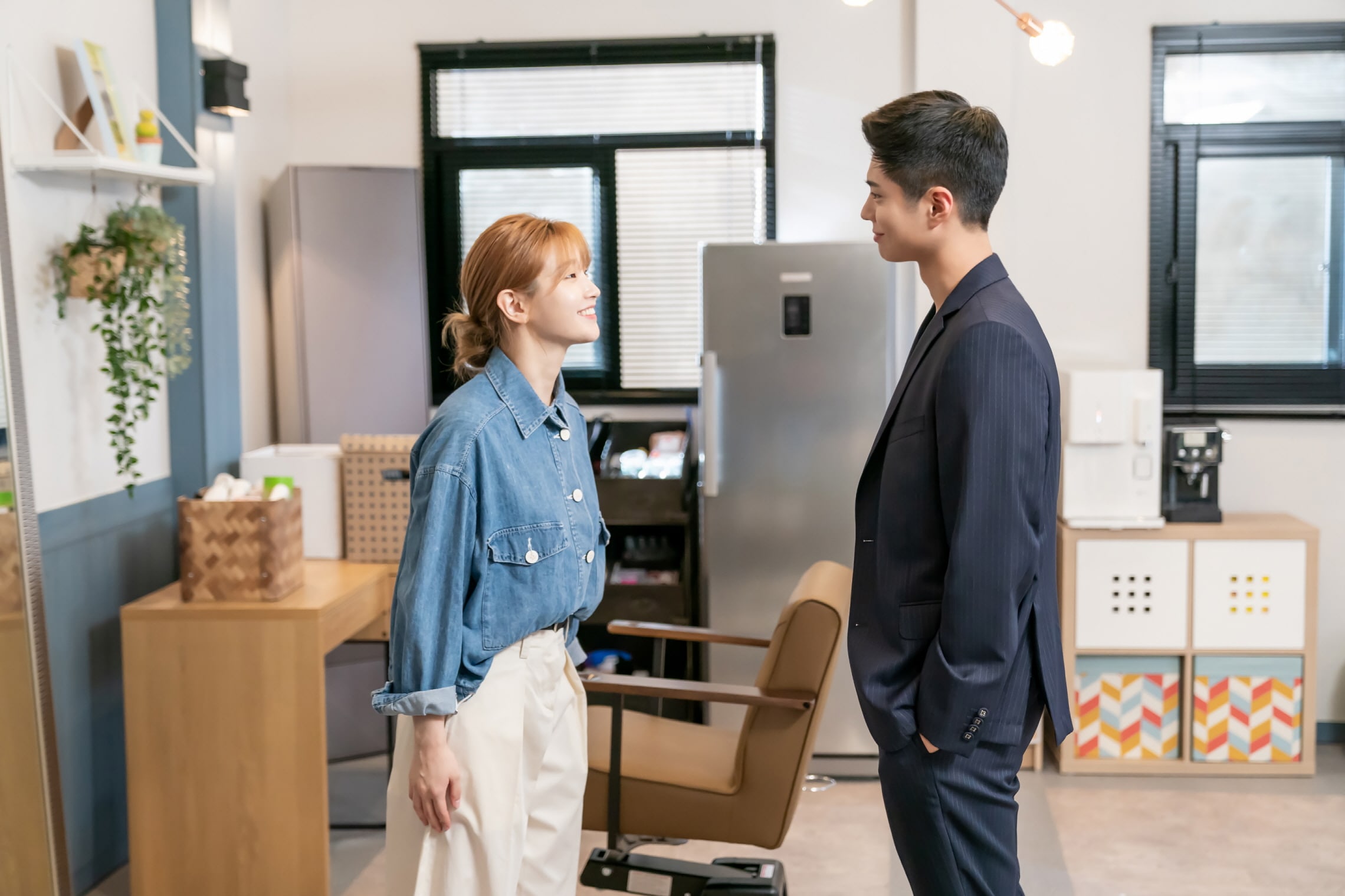 In the new episode, Ahn Jung Ha will take on a new challenge as a makeup artist as she opens her own studio. However, a change is expected to take place in her relationship with Sa Hye Joon after he learns of Charlie Jung’s death.

The production team commented, “Keep an eye out for how Sa Hye Joon and Ahn Jung Ha will overcome countless changes and risks to protect both their dreams and their love.”