tvN’s “Tale of the Nine-Tailed” has shared a glimpse of the two gumiho brothers at odds.

The drama is about a male gumiho (a mythical nine-tailed fox) named Lee Yeon (Lee Dong Wook) who has settled in the city, and the fearless producing director named Nam Ji Ah (Jo Bo Ah) who is determined to track him down. Kim Bum plays Lee Rang, Lee Yeon’s half-brother and the child of a human and a gumiho.

Since the drama’s premiere, Lee Yeon and Lee Rang captured viewers’ attention with their different charms. Lee Yeon has a beautiful and powerful charisma, while Lee Rang shows mastery in transformation a coy understanding of the human psyche. The way Lee Rang continued to provoke Lee Yeon, who in turn keeps a wary eye on Lee Rang, heightened the tension between the two half brothers.

Lee Yeon is desperately awaiting the reincarnation of a woman named Ah Eum. When Lee Rang used this fact to cook up a scheme, Lee Yeon told Lee Rang that’s he’s suffering from a “brother complex” and angered him. Lee Rang expressed his resentment toward Lee Yeon for turning his back on the mountain and his position as its guardian spirit because of a woman, and Lee Yeon responded, “That’s right. I turned my back on you.”

In new still images, a sudden fight has erupted between the two brothers. Lee Yeon maintains a straight face as if he’s trying to hide his emotions, while Lee Rang charges into Lee Yeon like he’s lost his mind. They use their surreal powers to duel and turn the place upside down. As a former guardian spirit, Lee Yeon appears to have the upper hand at first, but Lee Yeon’s smirk suggests that he has something up his sleeves to turn the situation around. 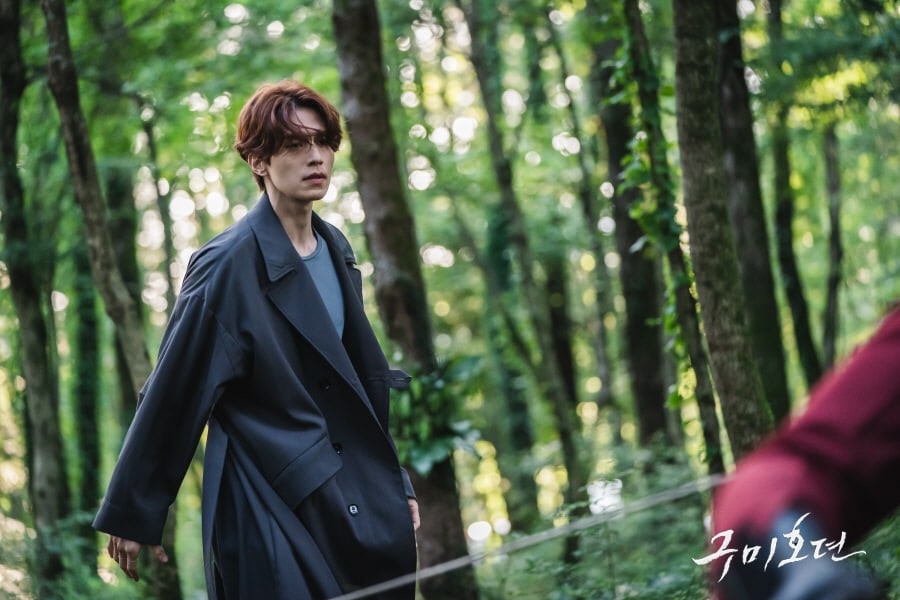 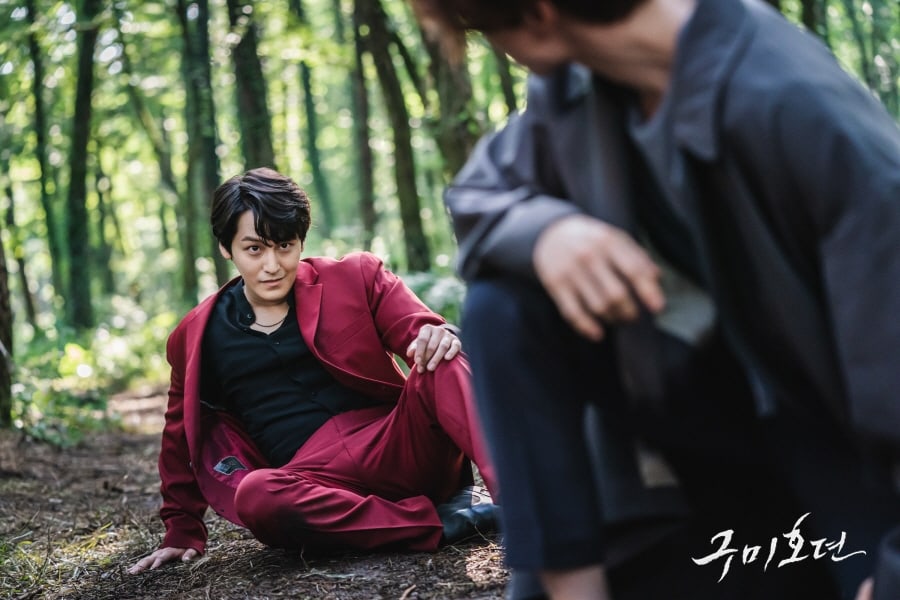 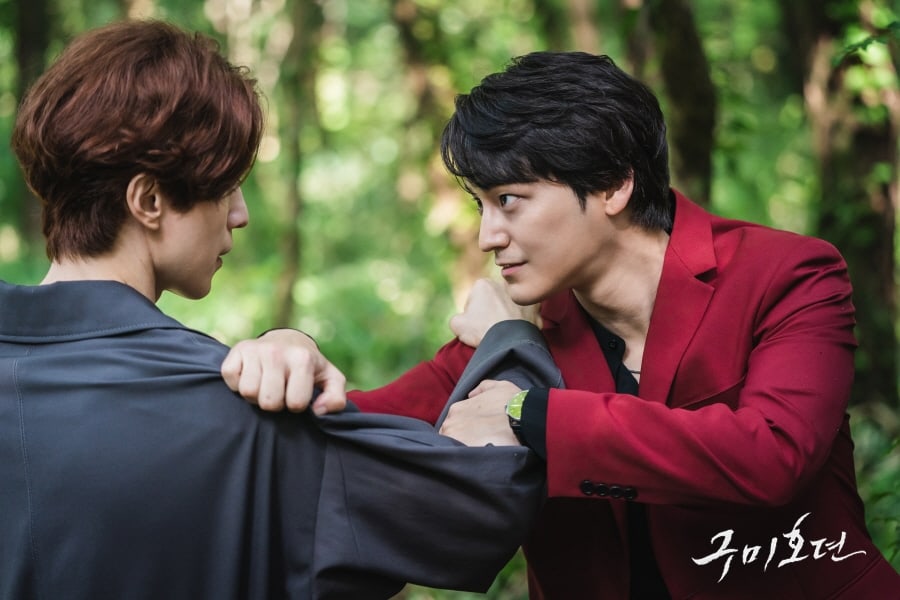 tvN reveals that this scene was filmed in June. Prior to the filming, Lee Dong Wook and Kim Bum practiced coordinating their movements. They showed perfect teamwork and made the staff on set even more excited about the scene. Lee Dong Wook, the older of the two, led Kim Bum through the scene and brought out the appropriate emotions. Kim Bum followed Lee Dong Wook’s lead and pulled off the action moves excellently.

The production team shared, “Because Lee Dong Wook and Kim Bum have known each other for a long time, they are portraying the complex emotions between the two brothers in a natural way. The powerful action scene between the gumiho brothers, Lee Yeon and Lee Rang, will provide a satisfying feeling as well as a shocking twist. Please watch the broadcast to find out what that twist is.”