Watch: Refund Sisters Tries On Each Other’s Stage Costumes And Learns Choreography For “Don’t Touch Me”

On the October 17 episode of MBC’s “How Do You Play?”, Refund Sisters geared up for their music video and debut performance of “Don’t Touch Me.”

Jung Jae Hyung, who is also the group’s manager as Jung Bong Won, was made the visual director. Yoo Jae Suk (Jimmy Yoo) said, “He studied abroad and knows a lot,” but the Refund Sisters members were still disappointed. As visual director, Jung Bong Won was named “Seu Bong.”

Yoo Jae Suk suggested that the members try on each other’s stage costumes. When Jessi (Eun Bi) brought out her stage costume for “NUNU NANA,” Lee Hyori (Chun Ok) said, “Who would wear this but Eun Bi?” 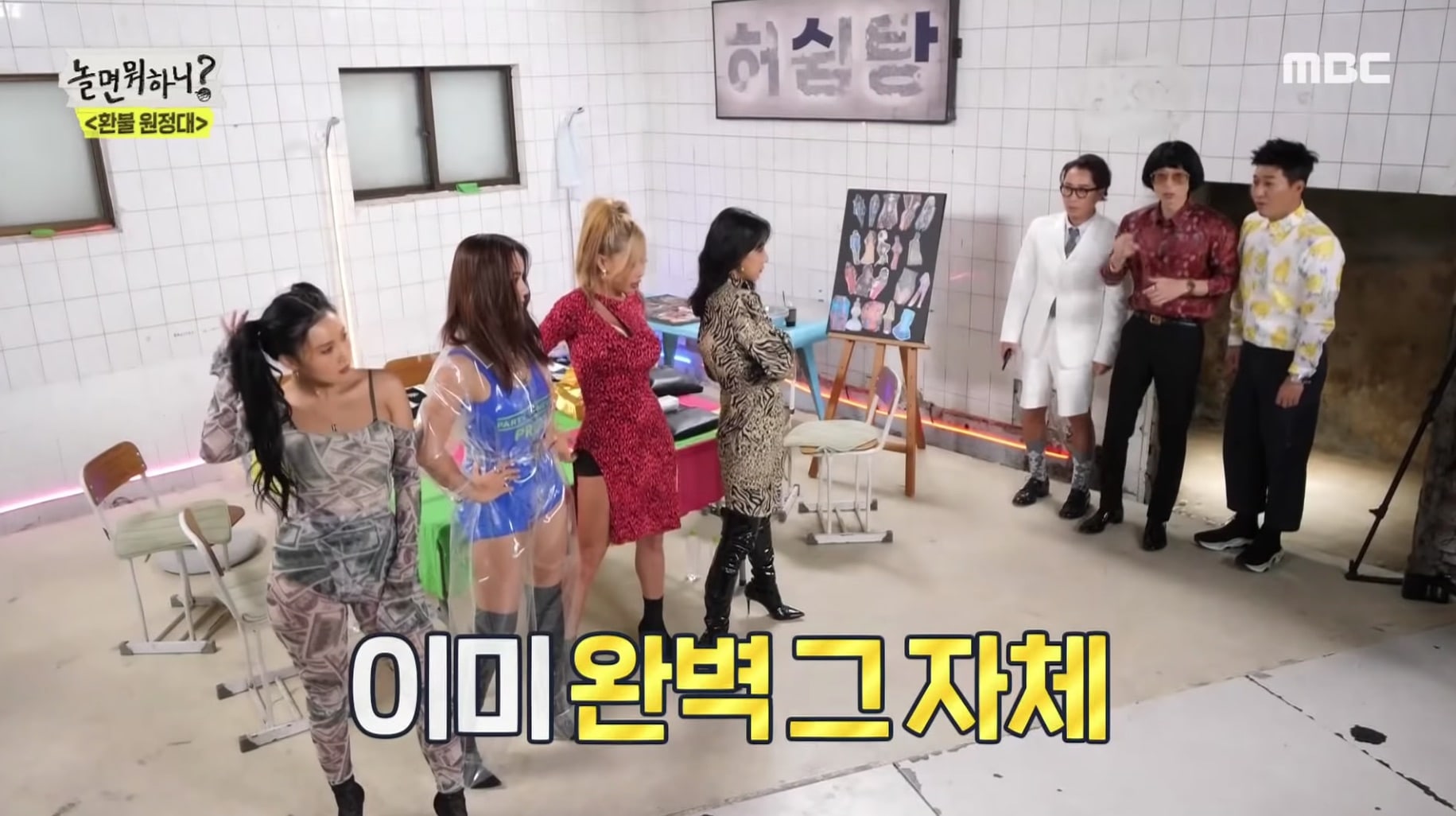 Yoo Jae Suk also made the members try on stage outfits that had been borrowed from Apink. The members struggled due to the difference in sizes and felt awkward at the gap between Apink’s “concept” and their own. 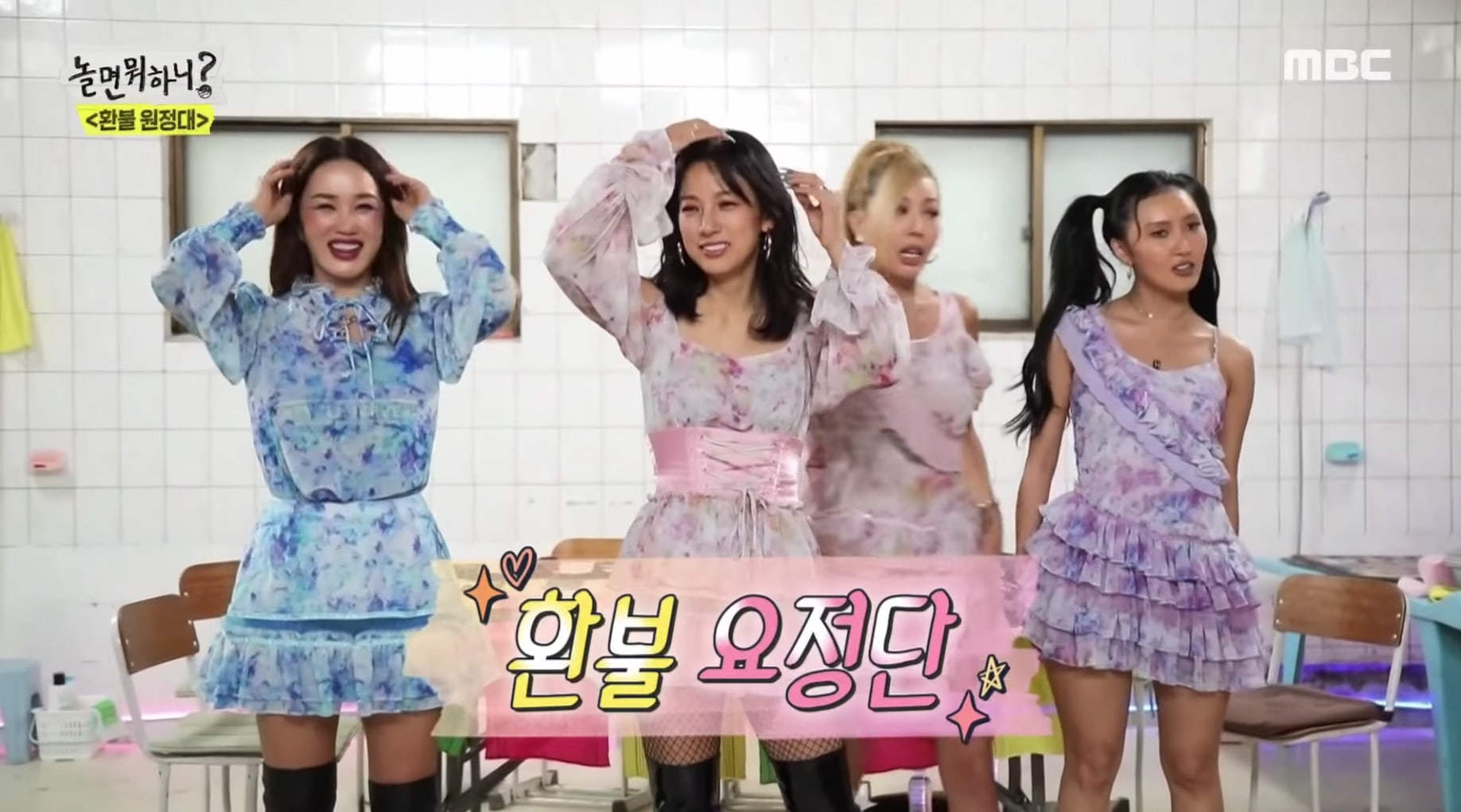 Later, the members practiced their choreography for “Don’t Touch Me” with Aiki, a popular choreographer on social media.

Watch “How Do You Play?” below:

Jessi
Hwasa
Lee Hyori
Uhm Jung Hwa
How Do You Play?
Refund Sisters
How does this article make you feel?