Lee Do Hyun expressed how grateful he is for the positive response to his acting in “18 Again.”

Praise has been pouring in for Lee Do Hyun’s performance, and the actor shared, “It’s been a big boost of strength for me to hear a lot of compliments. I’m sincerely grateful.”

“The compliment that I was happiest to hear was that they could see Yoon Sang Hyun in me,” he shared. “He and the director gave me a lot of help while reading the script, and I really felt like I needed to meet expectations. I’m so happy because I feel like the viewers are recognizing my hard work.”

Many viewers have said that Lee Do Hyun really seems like a father when he’s with his on-screen twins, Hong Si Ah (Noh Jung Ui) and Hong Si Woo (Ryeoun). “First, I’m so grateful for such undeserved praise,” he said. “To be honest, portraying the feelings of a father was very difficult. In the early stages, I observed my parents a lot, and I did research by meeting with my friend’s parents and asking them questions.”

“During the rehearsal period, the director spoke to me a lot about how a father feels,” Lee Do Hyun continued. “Thanks to that, I was able to truly understand the feelings of a parent toward their children, and I used that as a foundation when I was acting. I worked hard while performing to show my character’s love for his wife and children in a natural way and also to convey the image of Yoon Sang Hyun. Even now, I always think of him first when I rehearse.” 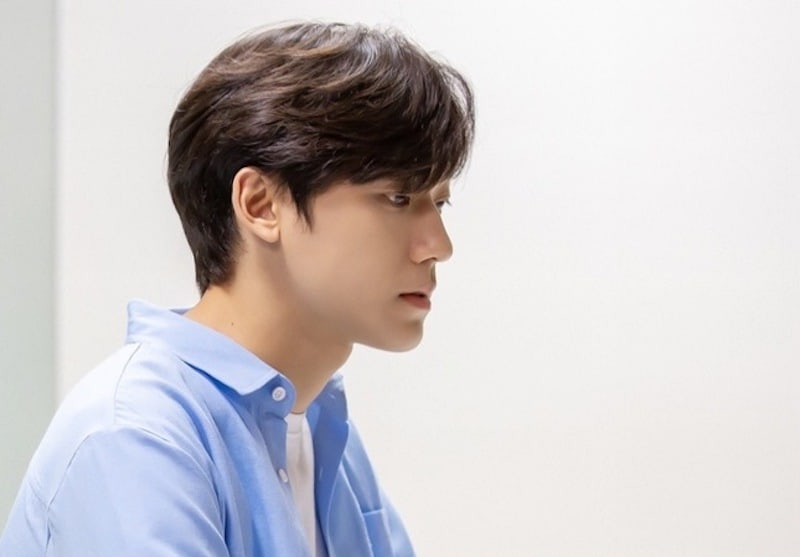 “I was moved while watching the show because I felt the emotions from filming all over again,” said Lee Do Hyun. “That was my first time doing sign language, and it wasn’t easy. I wanted it to look natural, so I practiced over and over while thinking about the meaning of each of the movements.”

Lee Do Hyun’s character is charming viewers as a “younger man on the outside, older man on the inside.” The actor said, “I performed with the hope that in the latter half of ’18 Again,’ you’ll be able to feel a bit more of a manly charm from him rather than the look of a cunning older man. Please look forward to the future sides of him too.”

“I hope you’ll watch and find out what will happen in Woo Young and Da Jung’s relationship and whether Woo Young will be able to return as Dae Young,” said Lee Do Hyun. “I also hope that you’ll look forward to finding out how much my son Si Woo will grow and who my daughter Si Ah will be in love with.”

Lee Do Hyun wrapped up by expressing his thanks for fans’ love for the show, encouraging them to stay tuned to the end as the story becomes even more interesting and exciting.

Lee Do Hyun made his acting debut in 2017 in “Prison Playbook” and he’s steadily risen in popularity through performances in works including “30 but 17,” “Clean with Passion for Now,” and “Hotel Del Luna.”

Lee Do Hyun
18 Again
How does this article make you feel?