On October 19, Shinhwa’s Jun Jin and his wife, Ryu Yi Seo, revealed their wedding on the SBS show “Same Bed, Different Dreams 2 – You Are My Destiny.”

Jun Jin and Ryu Yi Seo held their wedding on September 27 after initially postponing the ceremony due to the ongoing COVID-19 pandemic.

On the morning of the wedding, both the bride and groom expressed nervousness for the big day ahead. Jun Jin said, “I was so nervous the moment I arrived at the salon. I got even more nervous after seeing the bride.” After hearing that the Shinhwa members would be arriving soon, he said, “I think I’ll be more nervous after seeing them. I feel like the past 19 years we’ve spent together will pass like a kaleidoscope through my brain.” 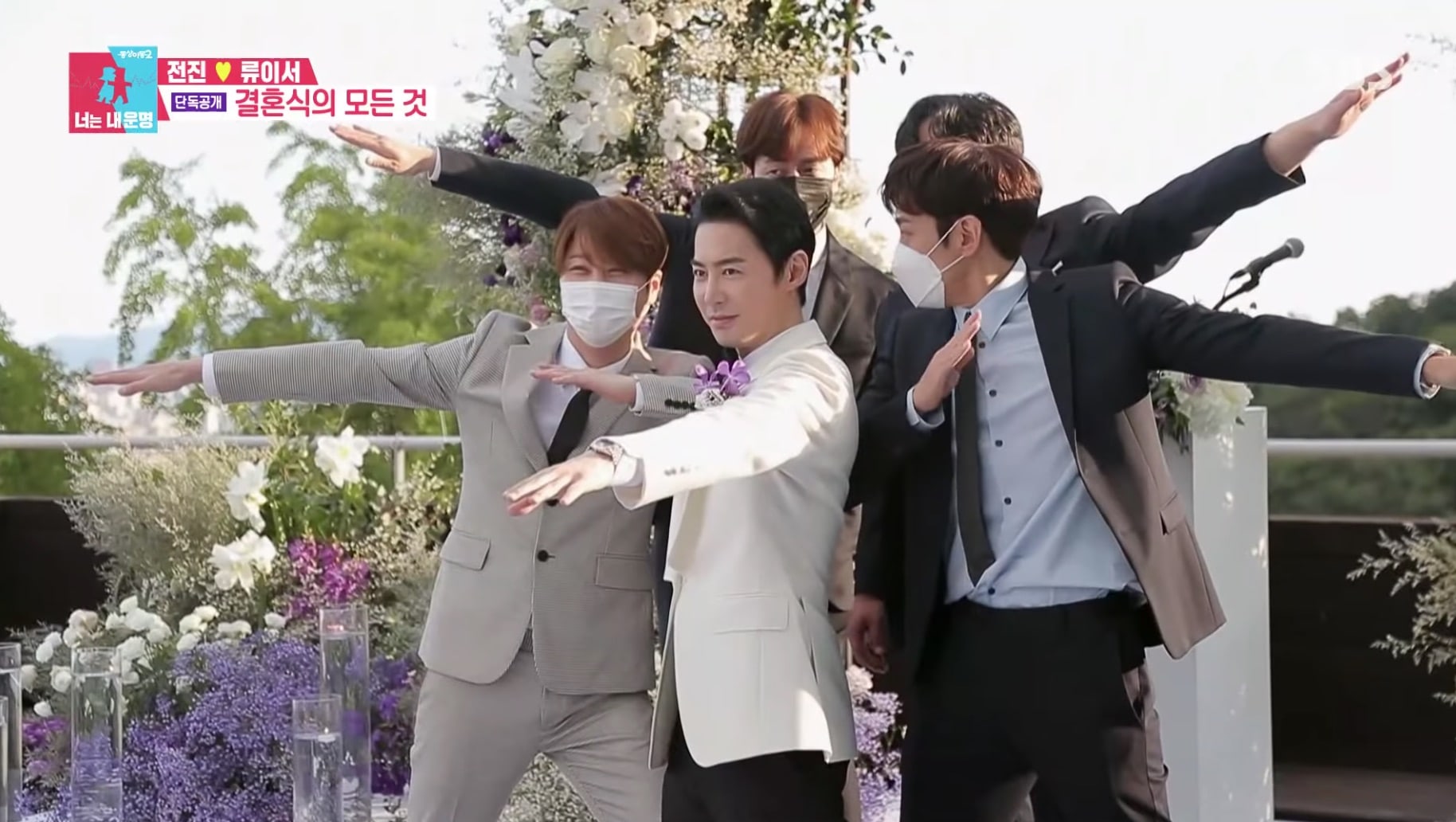 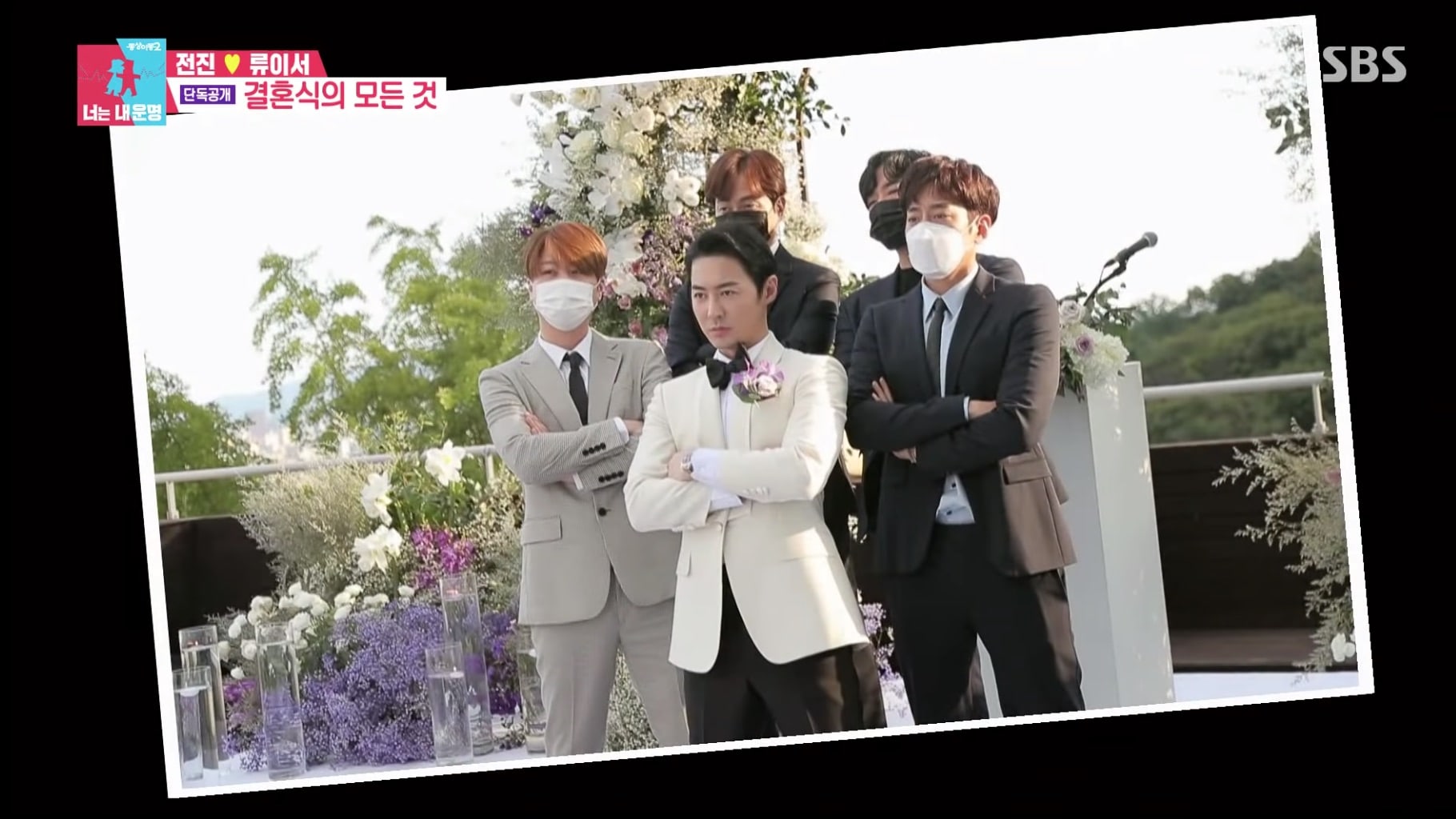 After the preparations for the wedding were complete, the Shinhwa members arrived. Eric came with his wife, actress Na Hye Mi. When Jun Jin asked him if he had also been nervous on his wedding day, Eric replied, “Of course.” Eric also caught the panelists’ attention by taking care of his wife, who was nervous around the camera, and holding her hand as they walked around. Jun Jin quipped, “He’s similar to me in that we both take care of our wives.” 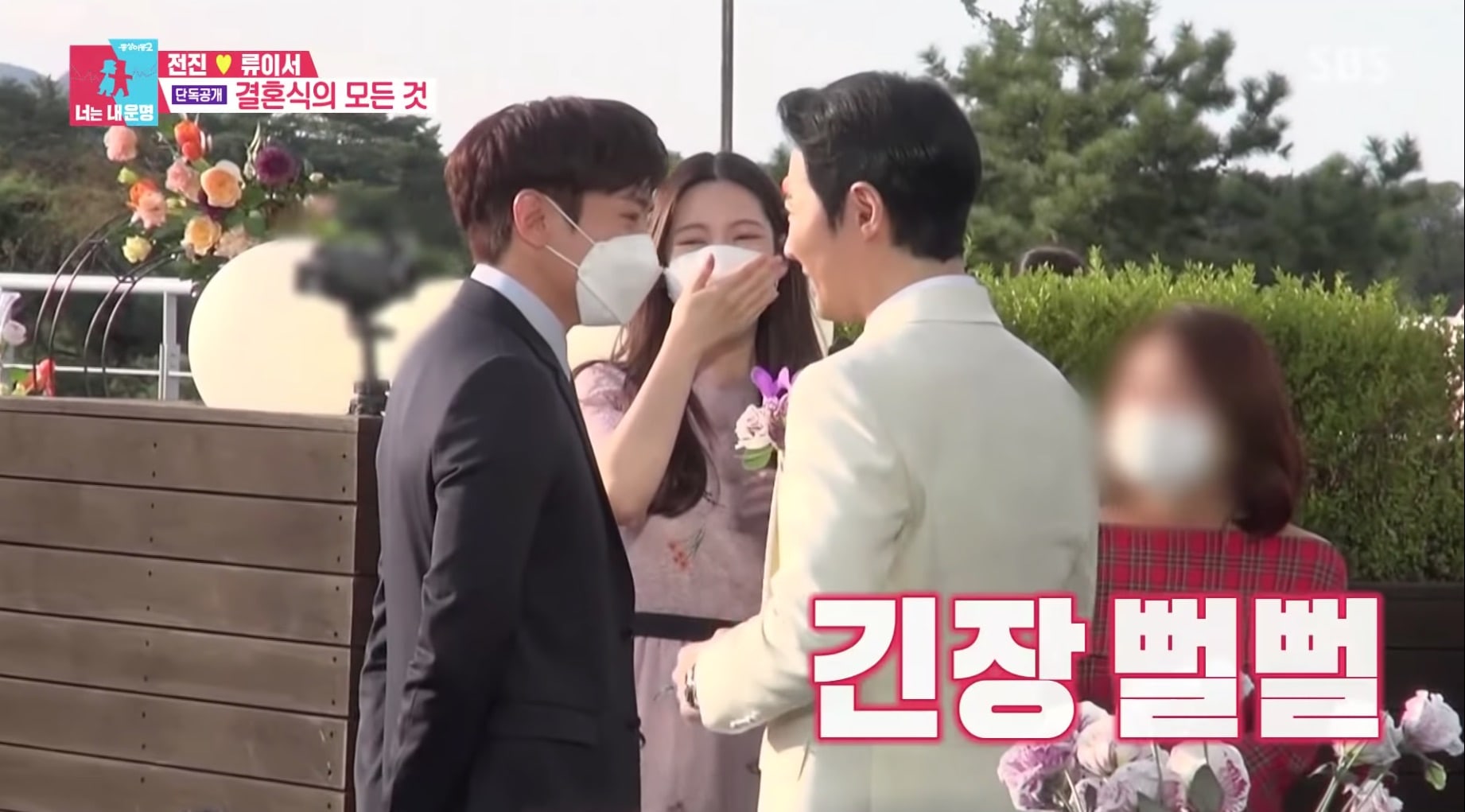 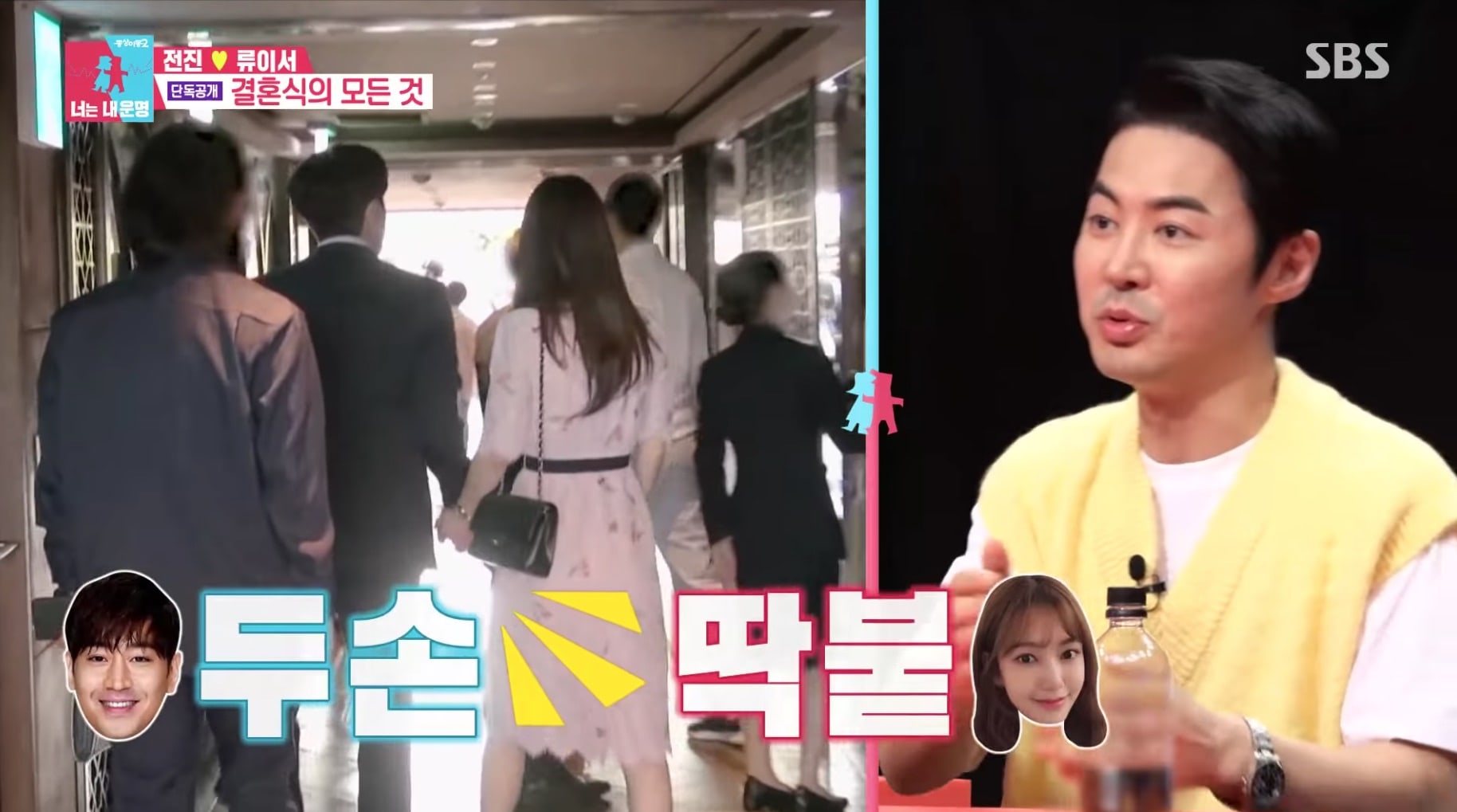 Shin Hye Sung officiated the ceremony, while Kim Dong Wan sang a congratulatory song. Shin Hye Sung said, “As a member who has been with him for 20 years, as someone who is like an older brother to him, I am so happy for him.” 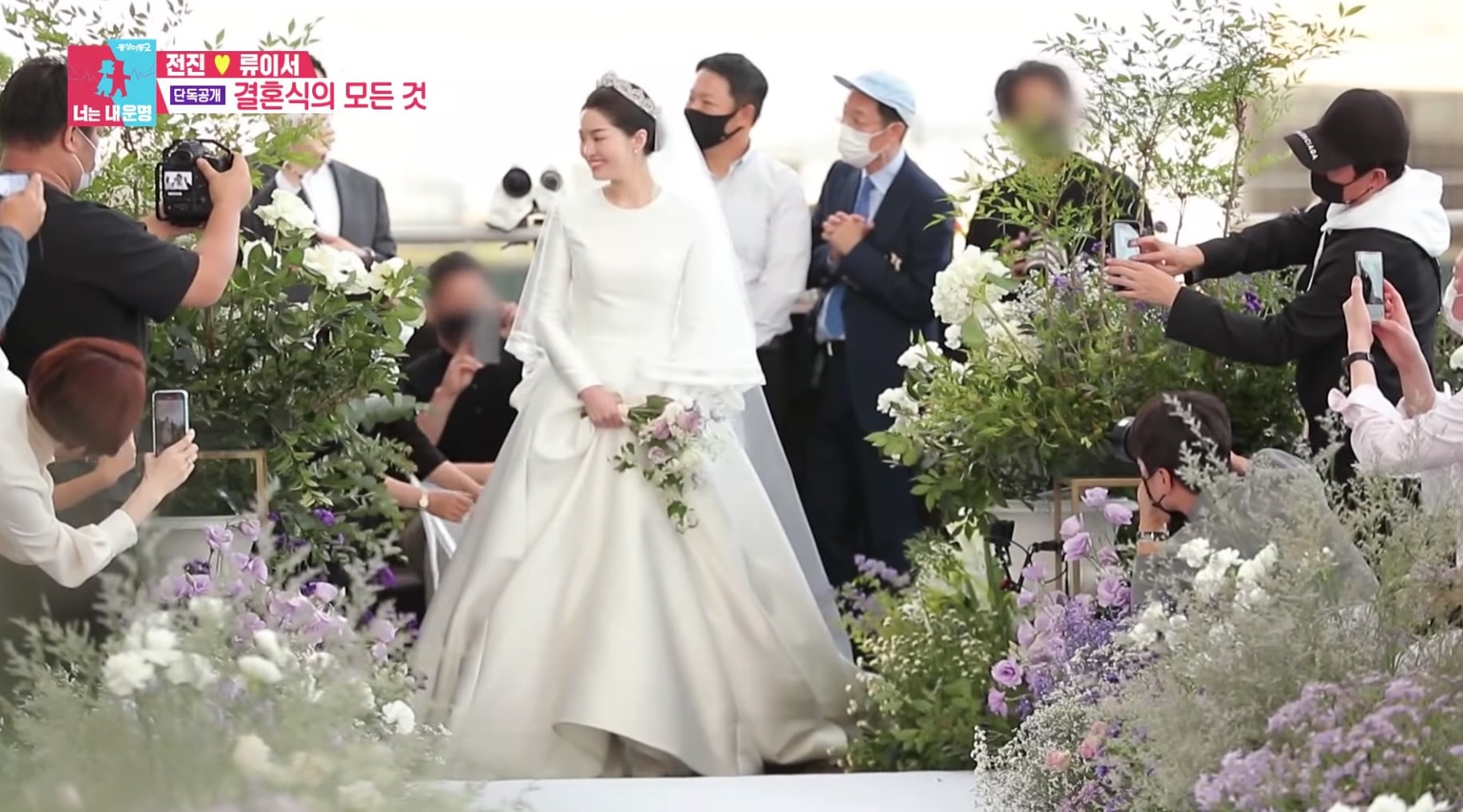 About Ryu Yi Seo’s grand entrance into the room, Jun Jin said, “It felt like I was seeing an angel. I thought that I would be by her side no matter what.”

The bride made her entrance alone, and he explained later on the show, “Her father passed away six years ago. I can be a bit of a kid sometimes, but as I saw her come in alone, I thought that I should be a more dependable husband.” 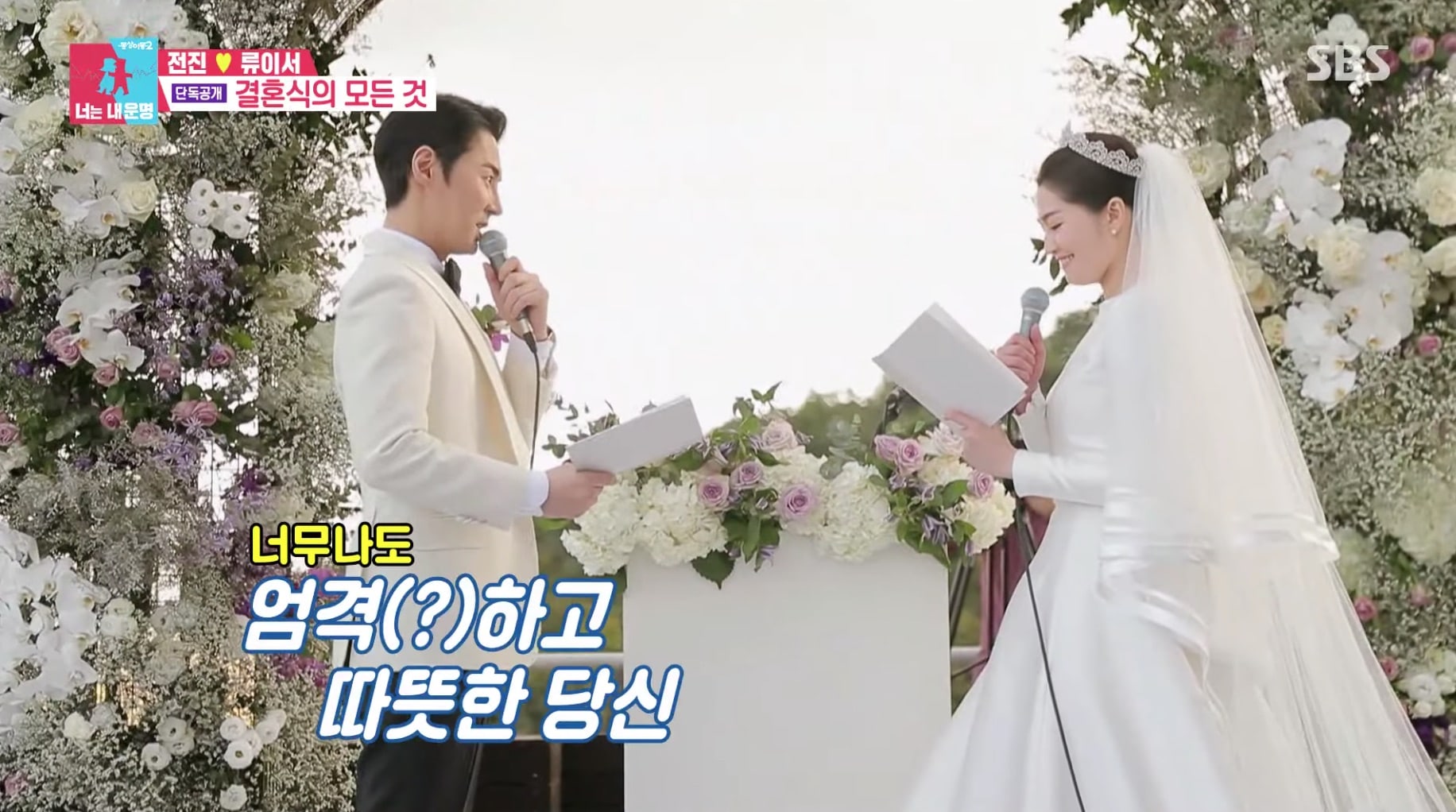 As the couple exchanged rings and vows, the Shinhwa members got visibly emotional. Kim Dong Wan sang the congratulatory song, but Jun Jin prepared a special surprise event for his wife by singing one of his songs for her.

Jun Jin
Shinhwa
Same Bed Different Dreams 2 – You Are My Destiny
How does this article make you feel?