tvN’s “Record of Youth” has unveiled new stills of Park Bo Gum and Park So Dam!

Previously on “Record of Youth,” conflict arose between Sa Hye Joon (Park Bo Gum) and Ahn Jung Ha (Park So Dam). Sa Hye Joon got into a dating scandal with actress Jin Seo Woo (Lee Sung Kyung), and he went to visit Ahn Jung Ha to make sure she was okay. However, the rift between them caused them to grow further apart, and Sa Hye Joon became hurt and nervous when he realized Won Hae Hyo (Byun Woo Seok) knew more about her than he did.

Things don’t seem to be getting any better in the upcoming episode. Sa Hye Joon and Ahn Jung Ha face each other in a precarious atmosphere. He looks right at her, but she avoids eye-contact, and although she attempts to smile, her eyes are teary with sadness. Whatever she is about to say might end up breaking both their hearts. 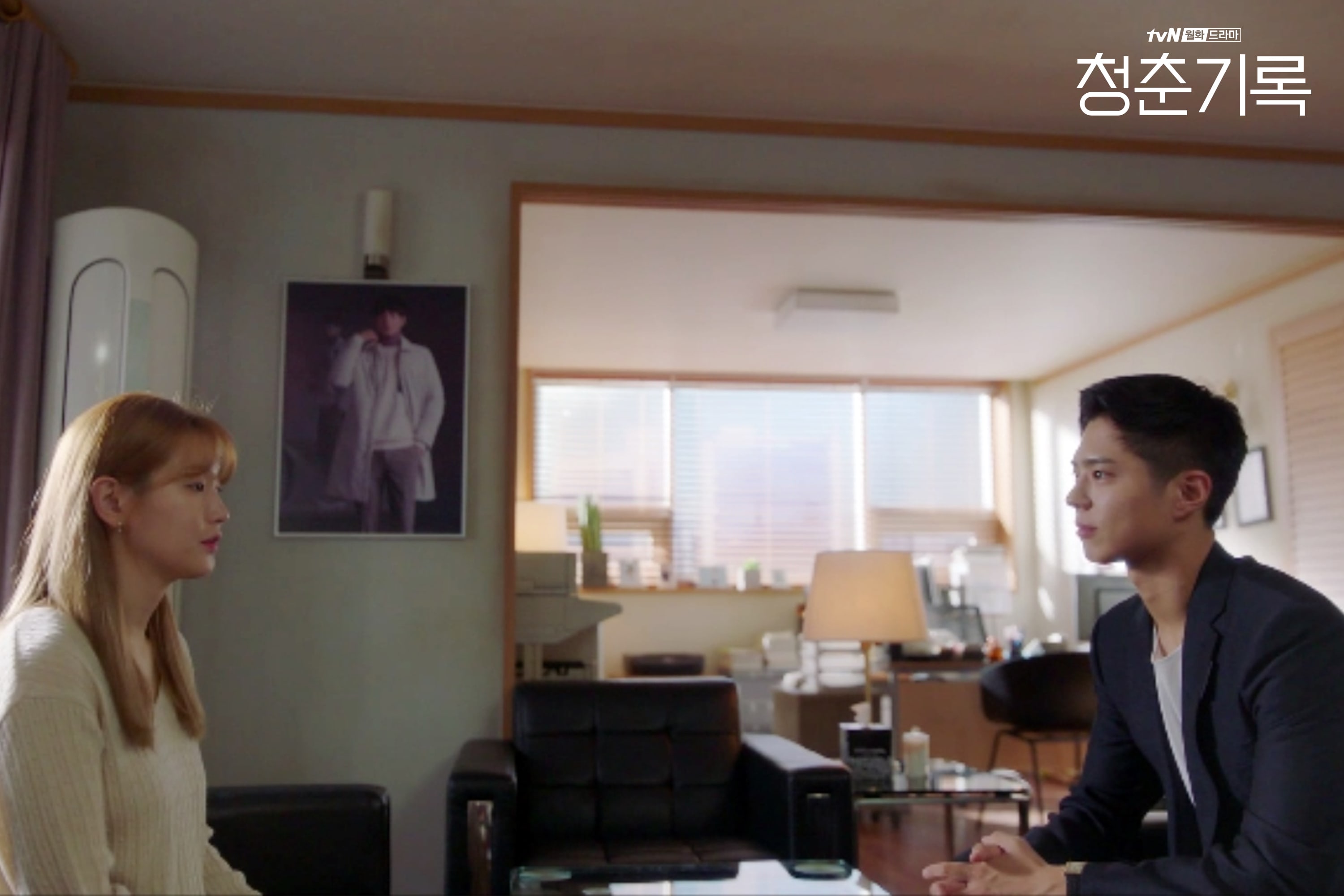 The production team commented, “In order to overcome a crisis, Sa Hye Joon and Ahn Jung Ha will have to make a choice. There will be emotional events as well as big changes in their romance.”