AKMU’s Lee Suhyun, who recently made her solo debut, has posed for Marie Claire Korea!

She compared her first solo single “Alien” to the music she has released so far as AKMU’s Lee Suhyun, sharing, “I thought that I needed to make songs that were completely different from AKMU. That’s what I put the most focus on and held as my goal.”

“To be honest, I was a bit scared,” Lee Suhyun continued. “Up until now, I was a musician with a friendly image, which grew more through ‘Begin Again.’ When I walk outside my apartment and see my neighbours, there are so many people who treat me kindly, as if I was their niece. People who like AKMU are definitely going to feel unfamiliar with the unique concept of my solo track. I do worry about this aspect, but not to the point where it’ll affect my promotions.” 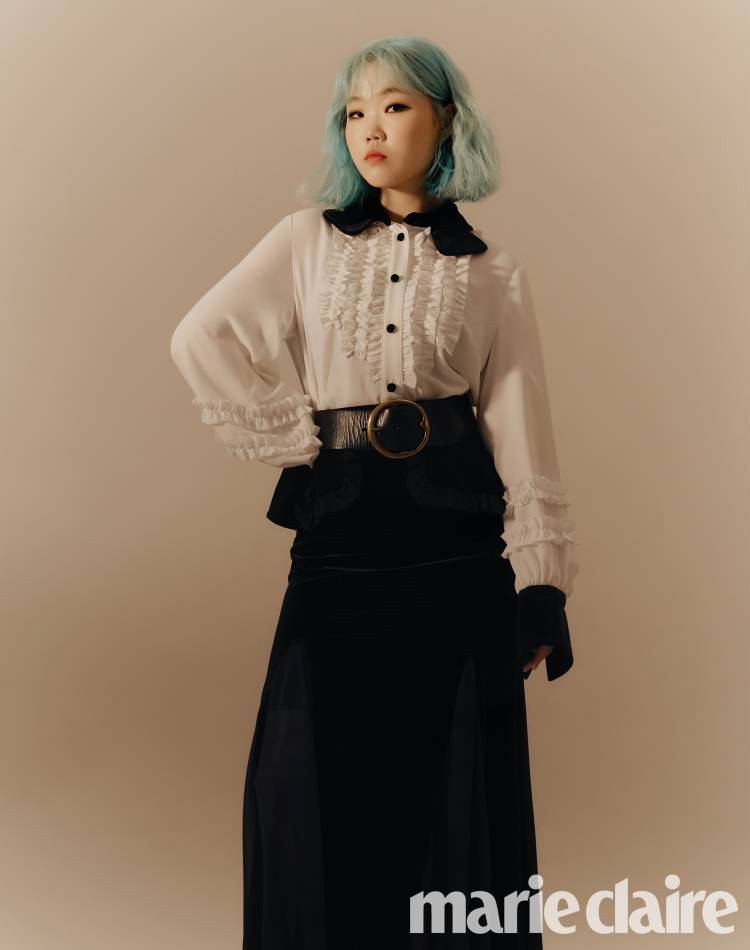 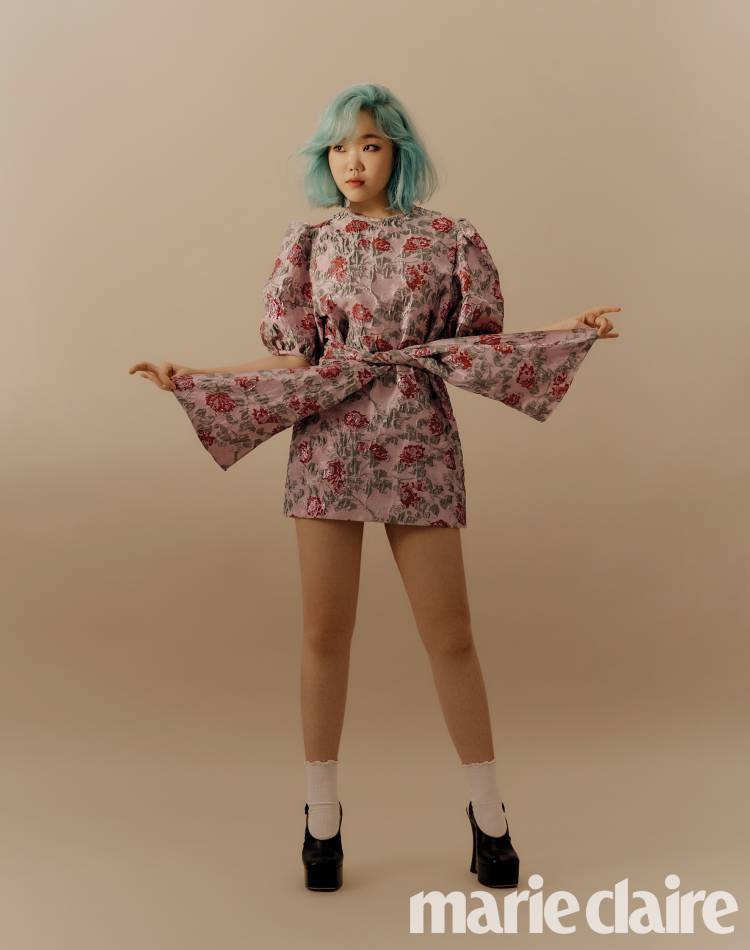 Her new release has an added performance aspect that we haven’t yet seen from her in AKMU. Lee Suhyun spoke about this change, commenting, “In the past, my goal was to properly convey the message I wanted to convey. This time, on top of the message, I prepared a performance. While preparing ‘Alien,’ the phrase I said most was ‘This is fun.'”

Lee Suhyun continued, “Until now, I haven’t shown anyone my dancing for longer than a minute. Short performances were all that I gave, but I dance for the entire song this time. Stuff like this is a huge challenge for me. It kind of feels like a new quest has opened in a game. Singing live while dancing is very hard.”

The singer shared the message of “Alien,” explaining, “When her daughter’s self-esteem suddenly drops, a mother tells her a secret, that she’s actually an alien from another planet who is strong enough to save earth. After hearing this, the daughter gradually finds herself and becomes the best.”

Regarding the lyrics, Lee Suhyun shared, “The lyrics are extremely peculiar. As you’re listening, you’re going to think, ‘What does this mean?’ But you’ll realize that the lyrics are very warm. When I sing this song, I get strength.”

She continued, “The message I want to focus on is self-esteem. The standards of the world are quite uniform and breaking these is not easy. Although many people have tried to break them, I hope they continue to break even more. I hope our world becomes a place where different people are respected and can love themselves. I believe that art has the power to change the world. From afar, the world looks at peace, but up close, it’s extremely dynamic. Artists are people who must express what they are thinking. They are the people who can suggest new things to our world.” 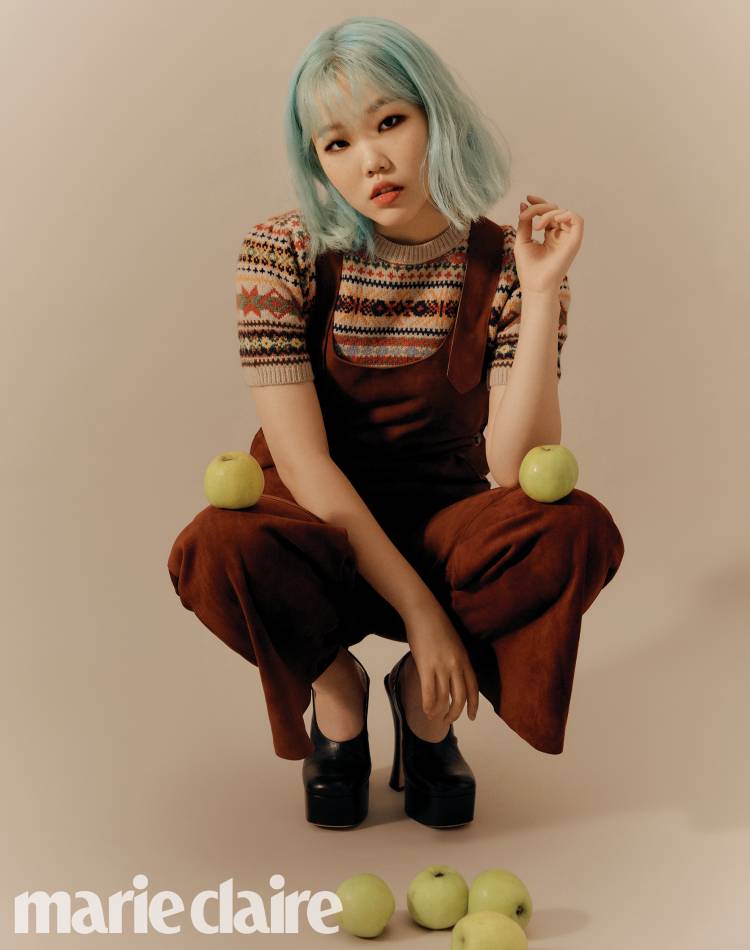 Over the years, Lee Suhyun explained that her perspective of music has changed, and will continue to change. She talked about her experience on “K-Pop Star” where she learned that music was a prize big enough to make people cry if they were not able to do it. Lee Suhyun added, “Although it’s important to make music happily, I decided that I couldn’t do it with a light heart. I thought it was irresponsible to approach it lightly. At the same time, I think it’s okay not to always approach music very seriously.”

Regarding how “Begin Again” helped solidify this idea, Lee Suhyun shared, “I talked a lot with my seniors and thought that I really respected people who think about music everyday. One time I said this. ‘I hope that music never becomes stressful for me. I want to continue singing for my happiness.’ My senior artists who heard this said they felt like their hearts were breaking. That’s when I realized this was my role. In the past, I would look at my brother who thinks very seriously about music and feel guilty while wondering, ‘Why don’t I think like my brother?’ However, now I think that there also needs to be people who approach music the way I do.” 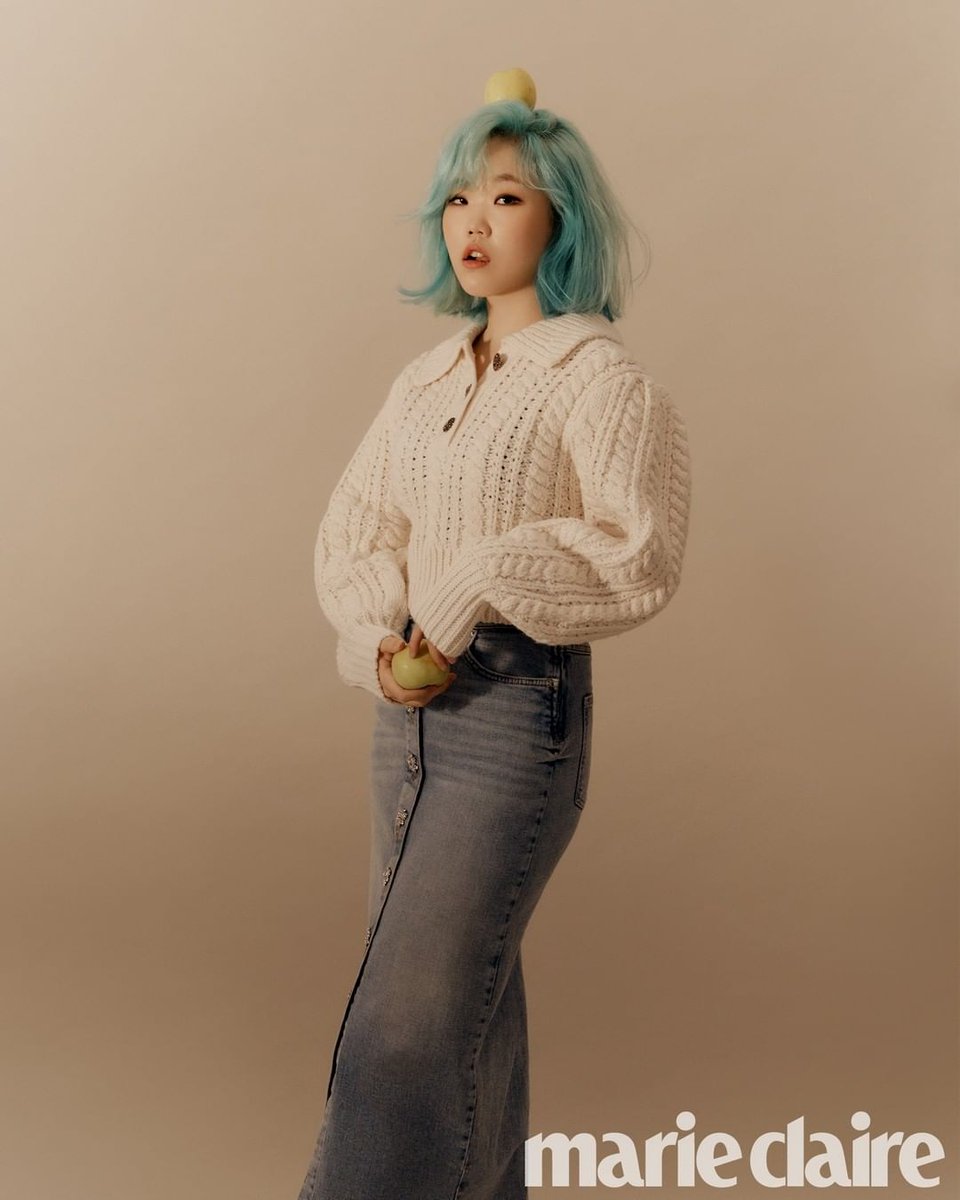 When asked what her happiest memory was while working in music, Lee Suhyun answered, “There are too many. When someone would compliment my singing when I was younger, I was so happy. So I would sing all day at home. To this day, receiving applause after I sing makes me happiest.”

As her final message to readers, Lee Suhyun shared, “Please don’t feel down. You are someone with much more strength than you think, so I hope you recognize that and are able to live your life proudly.”

AKMU
Lee Suhyun
Marie Claire
How does this article make you feel?