The upcoming “time-crossing fantasy thriller” is about the interconnected fates of Kim Seo Jin (played by Shin Sung Rok), a man who falls into despair after his daughter is kidnapped, and Han Ae Ri (Lee Se Young), a woman who is searching for her missing mother. From Kim Seo Jin’s perspective, Han Ae Ri is living exactly one month in the past -but after the two miraculously communicate from their different times, they set out on a thrilling quest to save their missing loved ones.

On October 23, “Kairos” unveiled a new glimpse of Im Geon Wook. In one photo, he looks ready for an outing with friends in a light pink jacket, and his expression is relaxed as he talks comfortably with Han Ae Ri. However, in the other two photos, his expressions are solemn and grim. His face is covered with bruises and cuts, and he looks both worried and shocked as he converses with someone on the phone. 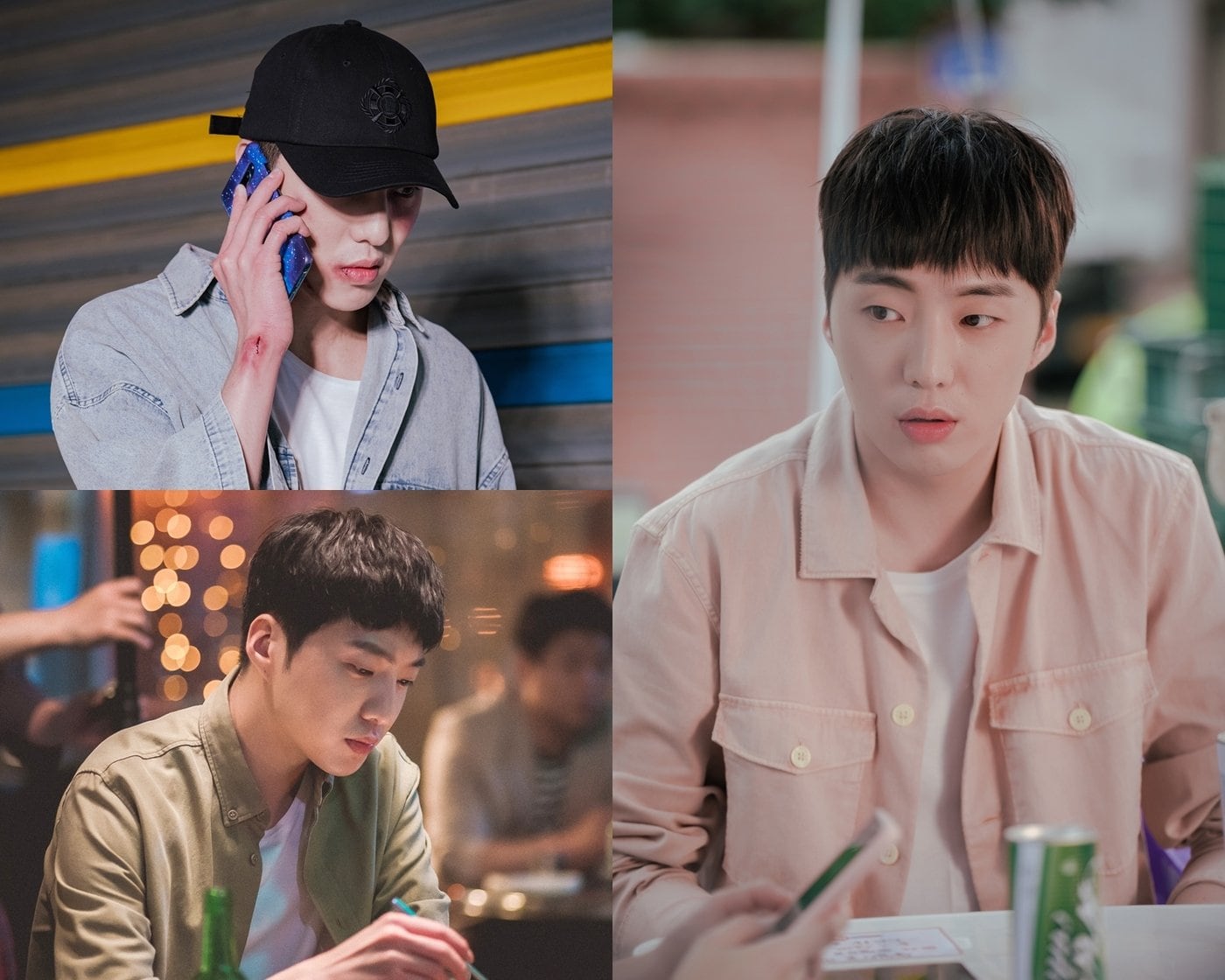 Im Geon Wook is known as a character who does whatever he can for Han Ae Ri. It was previously hinted that there was a reason why he is so faithful and loyal to her, and everyone will be able to see their special friendship in the premiere of “Kairos.”

WINNER
Kang Seung Yoon
Kairos
How does this article make you feel?