Watch: Refund Sisters Show The Behind-The-Scenes Of Their Cross-Generation Performance On “How Do You Play?”

The October 24 episode of MBC’s “How Do You Play?” tackled the Refund Sisters perfecting their choreography for their chart-topping single, “Don’t Touch Me,” and their debut performance on “Music Core.”

In choreography rehearsals, each member was given a name tag like current idols wear when practicing performances. Uhm Jung Hwa, who previously promoted as a solo veteran artist, was pleased and said, “I’ve never worn one of these before.” Lee Hyori saw hers in pink and joked, “Can I get it changed to gold?”

Yoo Jae Suk (Jimmy Yoo) got hyped up when he saw the members rehearsing. Uhm Jung Hwa praised his producing skills and said, “Let’s work on the next album together too.” Lee Hyori quipped, “I want to do a duet like ‘My Ear’s Candy’ with George.” (George Lee is the alter ego of her husband, Lee Sang Soon.)

After discussing the budget for the music video, Refund Sisters then shared ideas for their debut performance on the October 17 episode of “Music Core.” Uhm Jung Hwa got nervous about being able to sync up with the other members in dancing, and Lee Hyori reassured her, “If you’re late, I’ll push you to the right place.”

Jessi said, “There are some things in which it’s easier to go solo. You don’t have to be as careful moving around onstage.” Lee Hyori said, “If you’re not careful with your movements, you can end up hitting someone in the face. In a group, even if you’re doing well, if someone else isn’t, then you have to keep doing it.” Uhm Jung Hwa began to stress about her diet, and Lee Hyori said, “Before I went onstage for ’10 Minutes,’ I didn’t eat anything. I wonder what I was hoping to achieve back then.” 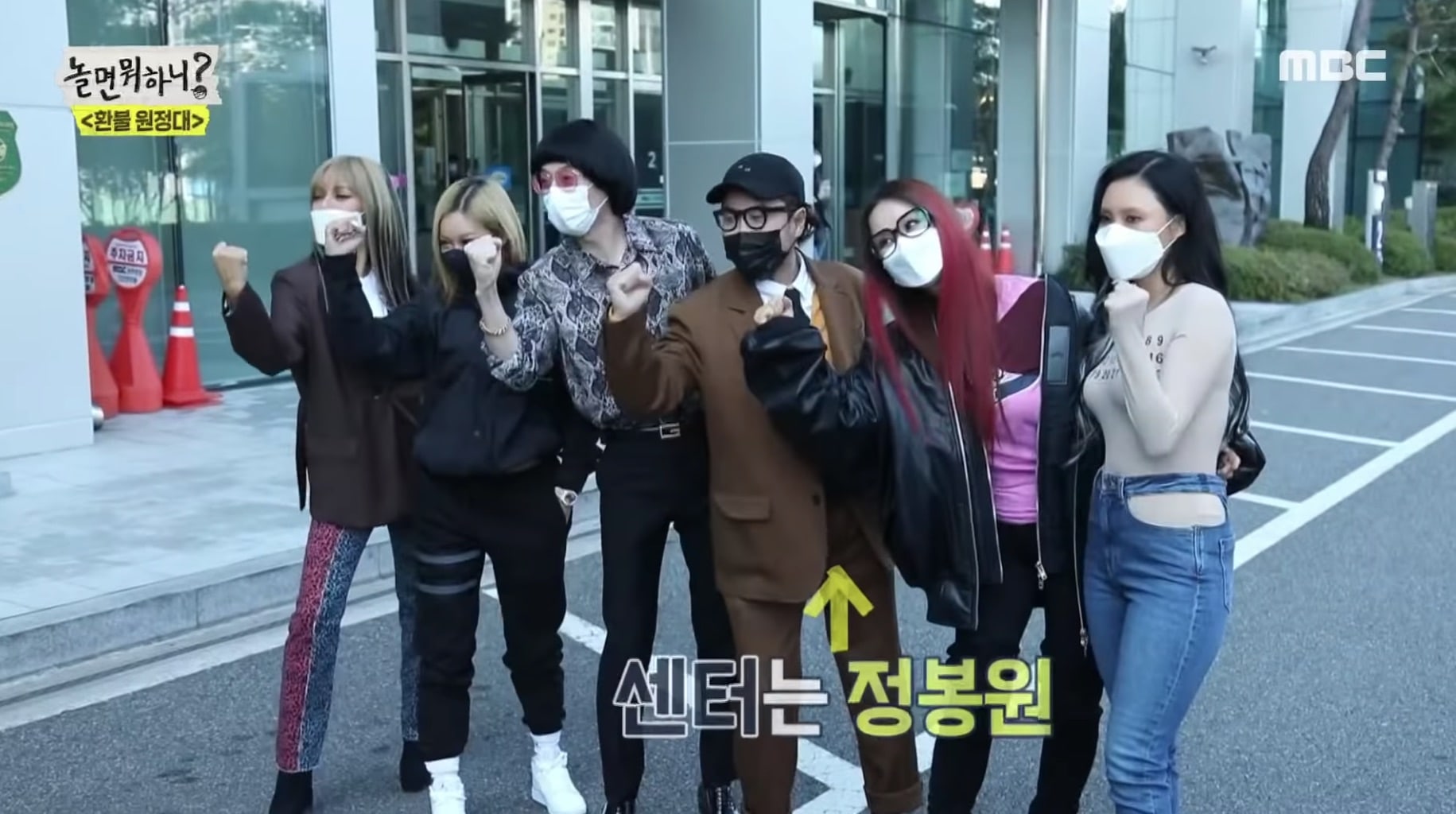 Due to the ongoing COVID-19 pandemic, music shows are being held without an audience. Refund Sisters expressed their regret that they couldn’t perform to a live audience and said, “Sometimes it feels like I can hear them if I close my eyes.” Jessi said, “I’ve gotten so used to performing without an audience that I get nervous if I see someone there.” 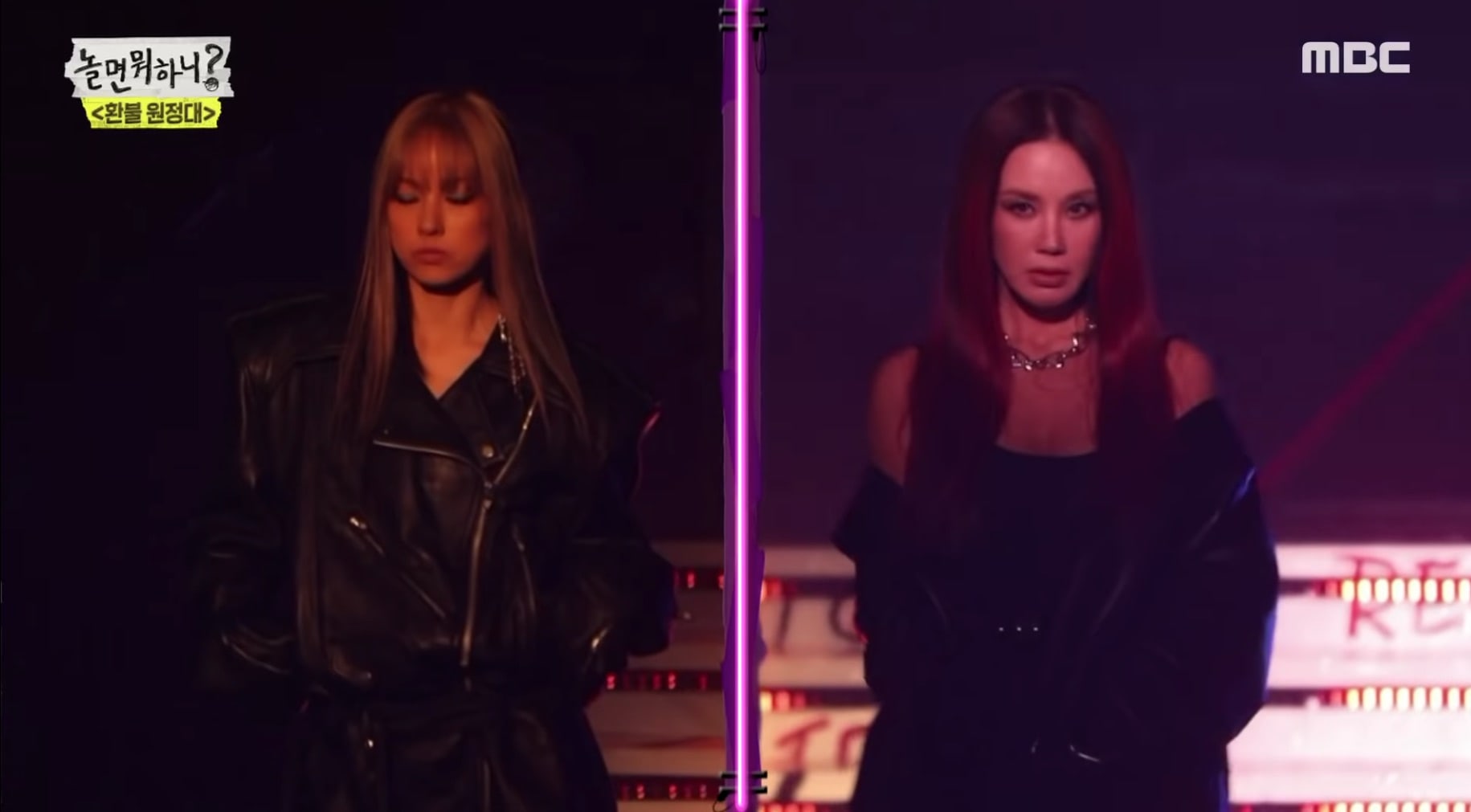 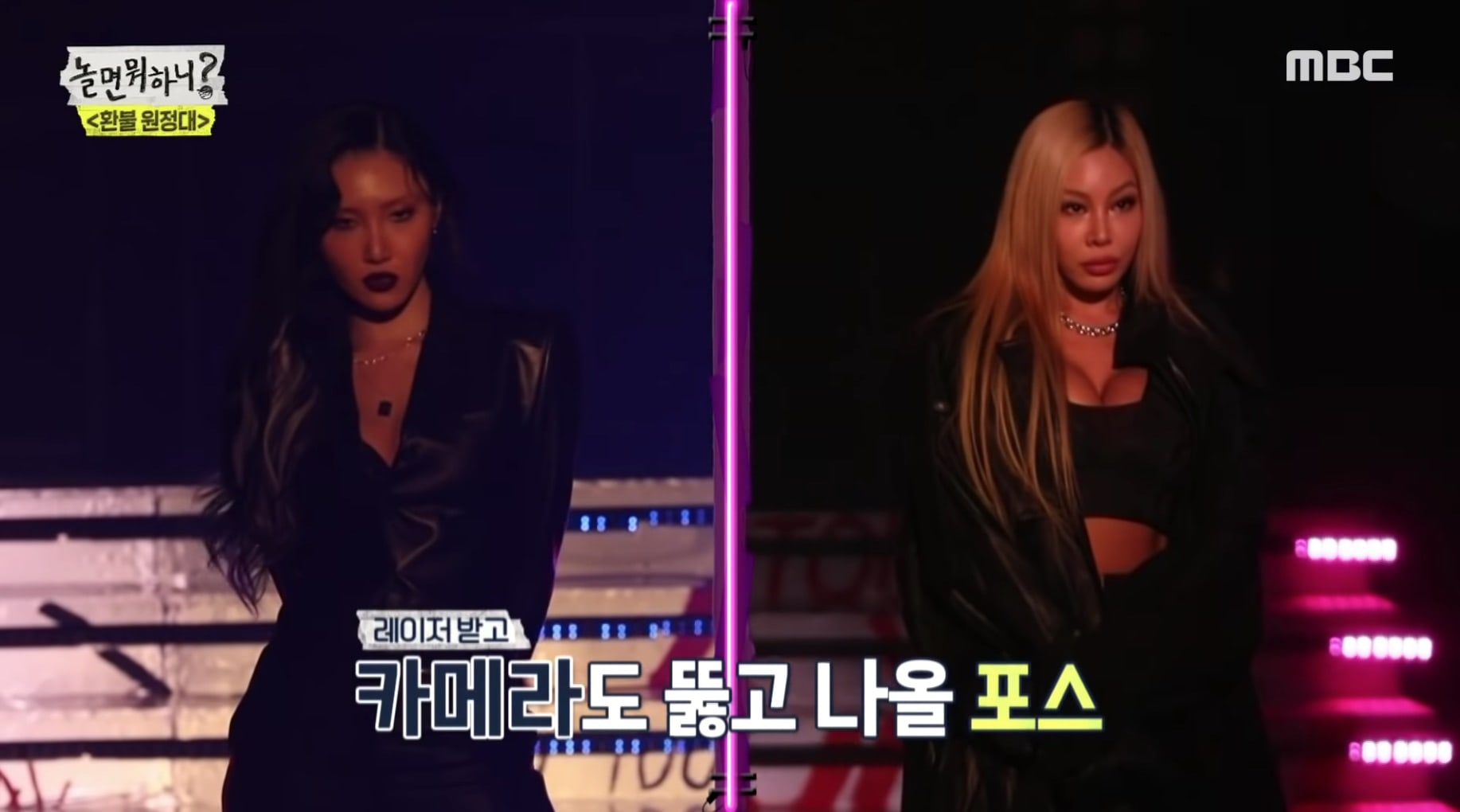 In the dressing room, Jung Jae Hyung said, “When Uhm Jung Hwa and Lee Hyori appeared with just the two of them in the shot, I got choked up.” Yoo Jae Suk joked, “It’s because you’re getting older,” but added more seriously, “It looked very cool. You were seeing legends of the recording industry in one shot. Jessi and Hwasa are also two singers that you would never think to see together on one stage.”

Yoo Jae Suk and Jung Jae Hyung cheered on Refund Sisters as they filmed their introduction and their pre-recording for “Don’t Touch Me.” Back in the dressing room, Lee Hyori shared that she had gotten a supportive text from B-Ryong (Rain’s alter ego in SSAK3).

After their recording, the members expressed regret that they couldn’t do it again, while Hwasa said they could look forward to the end-of-the-year awards. WJSN CHOCOME, The Boyz, and NCT also visited Refund Sisters and Jimmy Yoo in their dressing rooms. Lee Hyori quipped, “All of you should continue to promote in your 50s.”

Refund Sisters is a cross-generation girl group whose combined careers span 70 years in total. Their ages range from their 20s to their 50s, and each artist is a star in their own right. After their debut performance, Uhm Jung Hwa said, “I am so happy to have been able to try something new and forget about the burdens of the past. Thank you.” Lee Hyori and Jessi teared up at her words, while Hwasa suppressed her own tears with a smile.