SF9’s Rowoon Opens Up About How Acting Has Changed Him As A Person, His Upcoming Drama, And More

In a recent interview and pictorial for Marie Claire magazine, SF9’s Rowoon reflected on his budding career as an actor and how he’s changed since his debut four years ago.

When asked how he was spending his time after wrapping up promotions for SF9’s latest title track “Summer Breeze,” Rowoon mentioned his upcoming drama “She Would Never Know.”

“I’ve taken on the role of Chae Hyun Seung in the drama ‘She Would Never Know,’ which is scheduled to air next year,” he replied. “So I’ve been busy focusing on filming.” 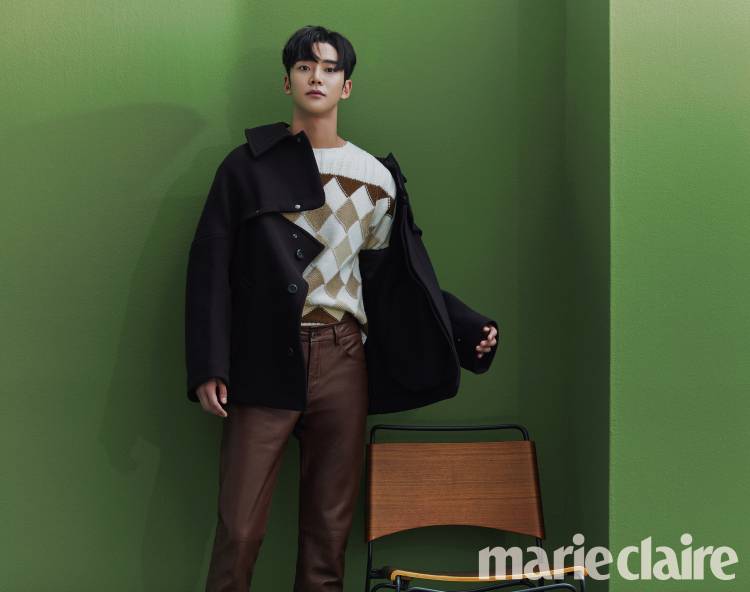 An adaptation of a popular web novel, the upcoming romance drama will star Rowoon as the outspoken and handsome Chae Hyun Seung, the younger co-worker of Yoon Song Ah (played by Won Jin Ah).

Describing his character, Rowoon remarked, “Chae Hyun Seung is a character that doesn’t seem like he’d exist in real life. He has extremely high self-esteem, but he doesn’t make other people uncomfortable, and he’s ready to accept both love and hate from others. If I had to sum up his charm in a single word, it would be that he’s ‘fearless.'”

As for how he’s been preparing for his role, the SF9 member shared, “I’ve been continuously studying and analyzing the script so that I can portray the details of the character convincingly, and I’ve even attempted ad-libs.” 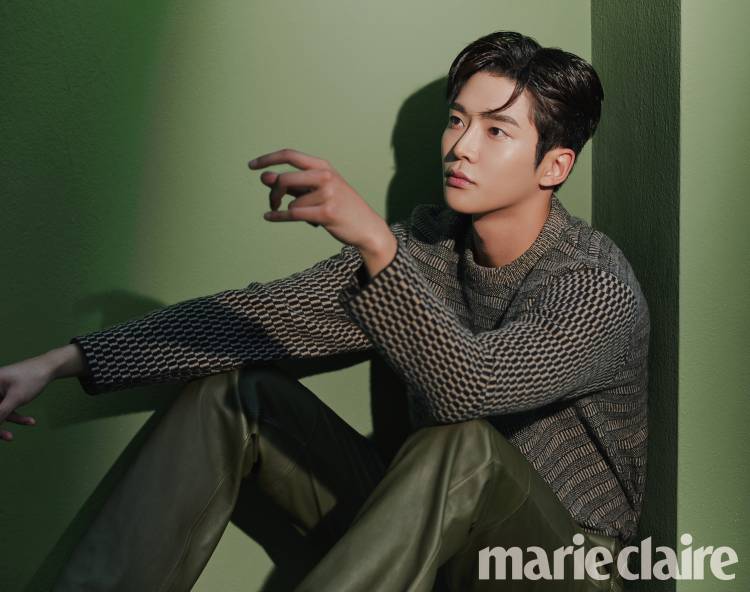 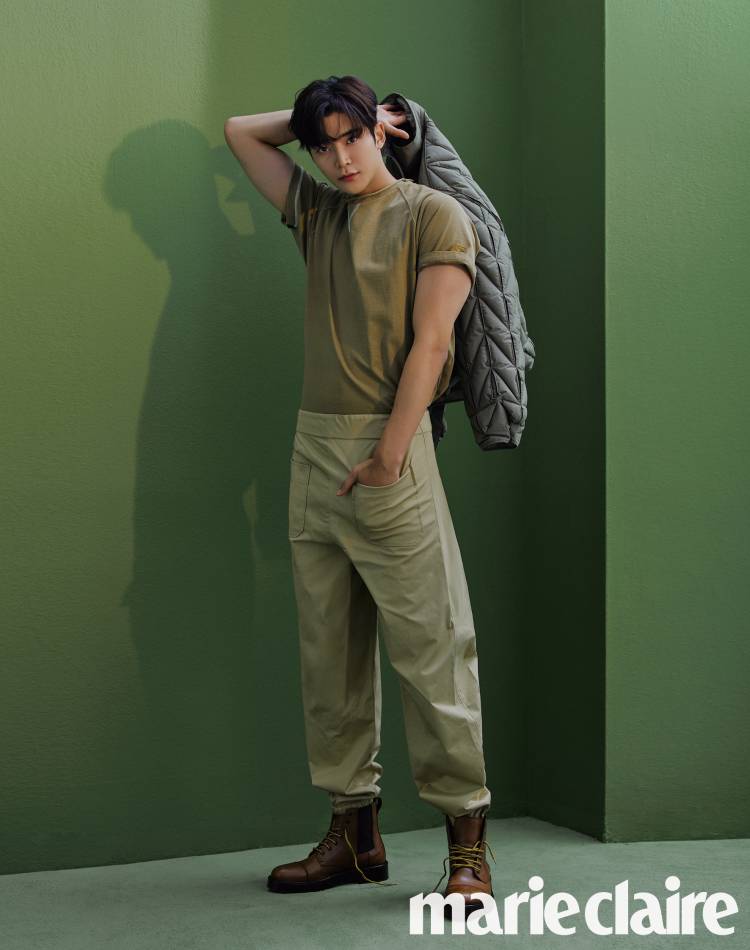 Rowoon also revealed that venturing into acting has changed not only his way of thinking, but even how he views other people.

“Because the profession of acting requires you to physically act out a written story, I think that process sometimes ends up changing your own ideas and ways of thinking,” he explained. “After starting acting, I’m now making an effort not to rashly judge other people. And I also hope other people won’t judge me hastily.” 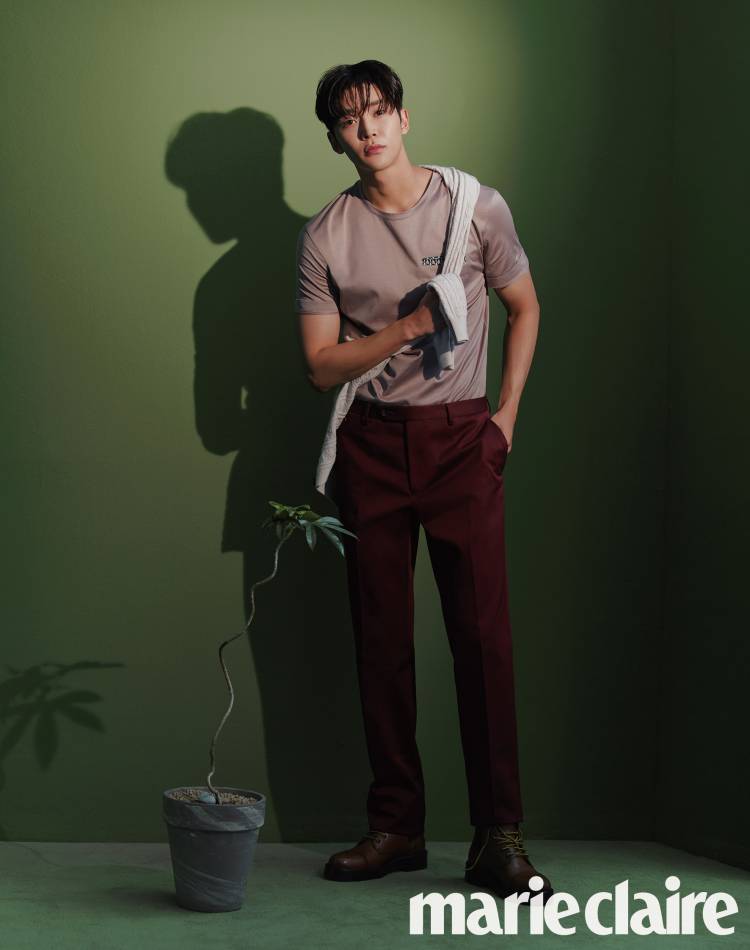 Comparing his approach to his role in his previous drama “Extraordinary You” to his mindset while filming “She Would Never Know,” Rowoon shared that he had attempted to make a dramatic change in his attitude.

“Before I started actually filming this drama, I became very anxious about it,” confessed Rowoon. “I think it was because I really wanted to do a good job. When I played Haru [in ‘Extraordinary You’], I spent hours poring over the script, but I later felt like that actually tied me down. So [for this drama], I didn’t prepare too much, and I jumped into it while thinking, ‘Let’s just give it a try.’ Since there’s no fixed correct answer.”

“Right now, I’m trying to feel relaxed about things,” he went on. “And I do little things like bring small items from home to put on my character’s desk at the office in the drama.” 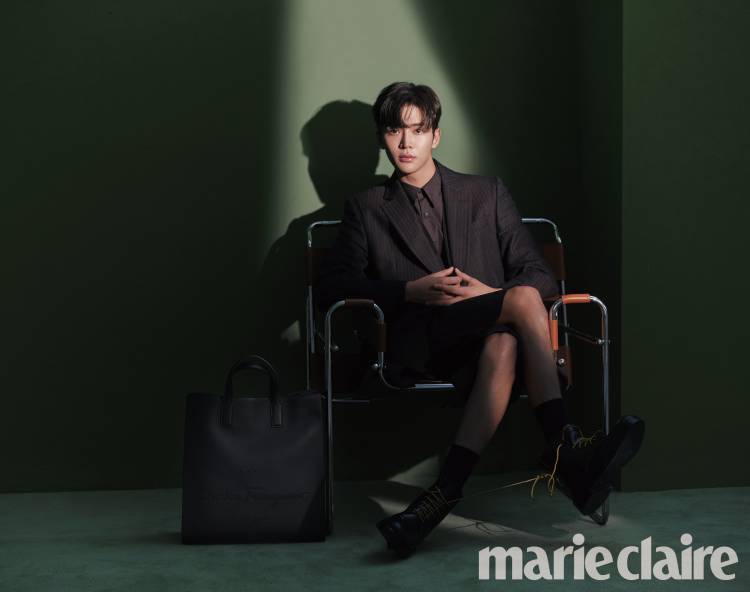 When asked to share his thoughts on celebrating the fourth anniversary of his debut with SF9 in 2016, Rowoon replied, “I was busy and worked hard, so it hasn’t quite hit me [that it’s already been four years]. I’m grateful for the fact that I can continue promoting like this. Because it means I’m receiving love. Although I’m not entirely sure what love is, I feel like staying healthy and continuing my activities is a way of repaying my fans’ love.”

The idol-turned-actor also opened up about his hopes and fears for the future. “If I had to name something that’s changed since the early days of my career, it’s that I used to think I shouldn’t change, but now, I’m not afraid of change,” he said.

“My ambition, though, is still the same. It’s the driving force that moves me. But I’m trying to make sure it doesn’t swallow me whole.” 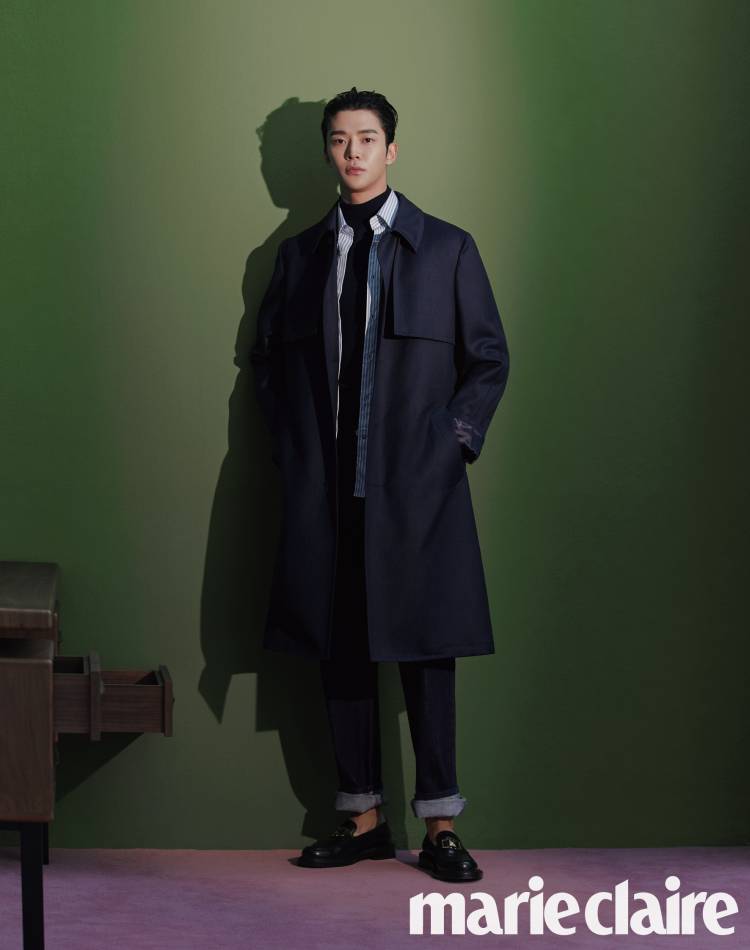 The past 12 months have been good to Rowoon in terms of his career: after finding his footing as an actor, he managed to snag more than one Best New Actor award, and in January, SF9 claimed their very first music show win with their song “Good Guy.”

While discussing his accomplishments, Rowoon candidly confessed, “I’ve said before that I try not to dwell on numbers or rankings, but even while saying that, I think I did pay some attention to those things on the inside.”

“Since we can’t decide the future,” he continued, “I’m trying to just work hard in the present today. If I do a good job at the work I’m doing now, then wouldn’t I be able to find happiness in the little things in my life, no matter what my results are?” 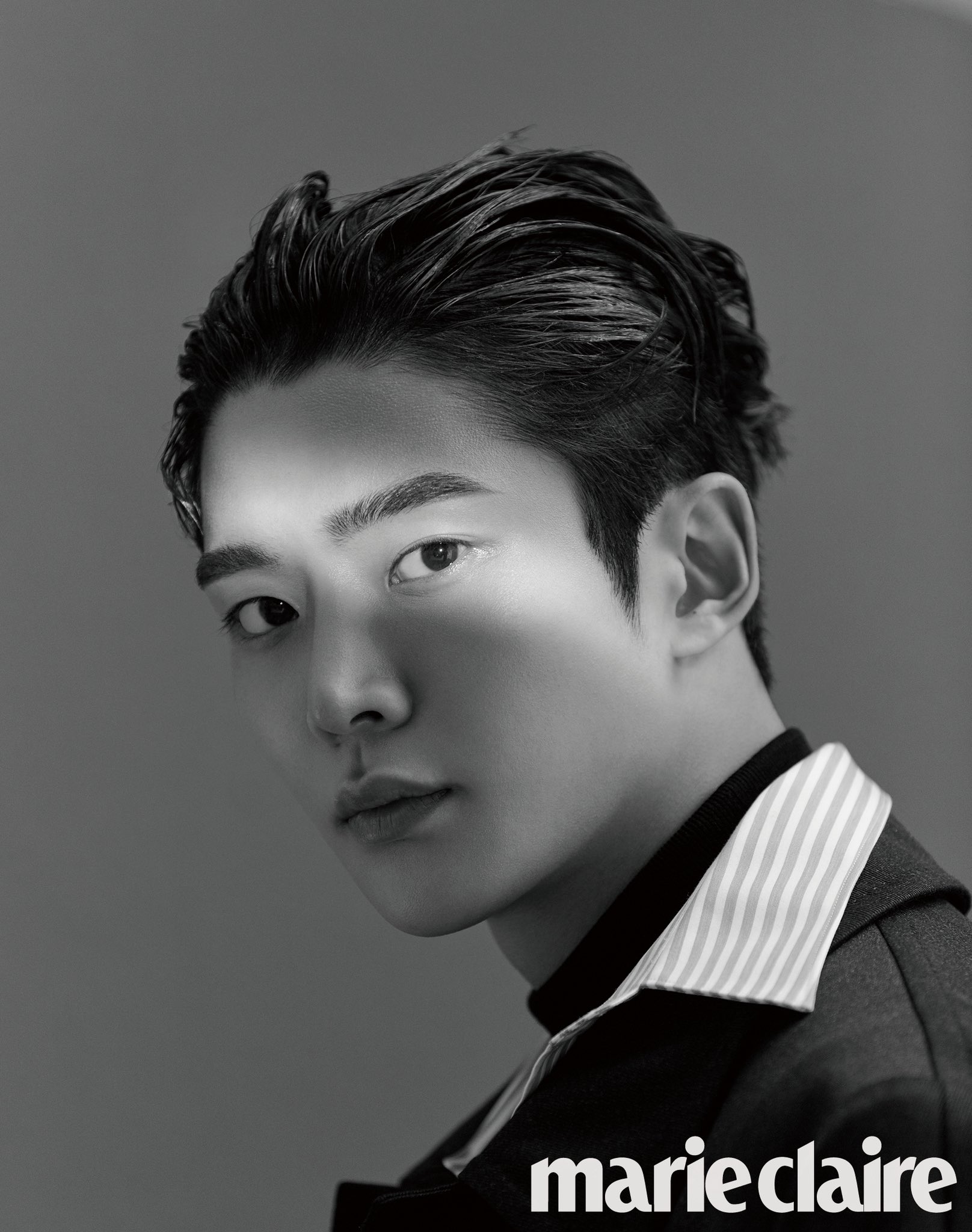 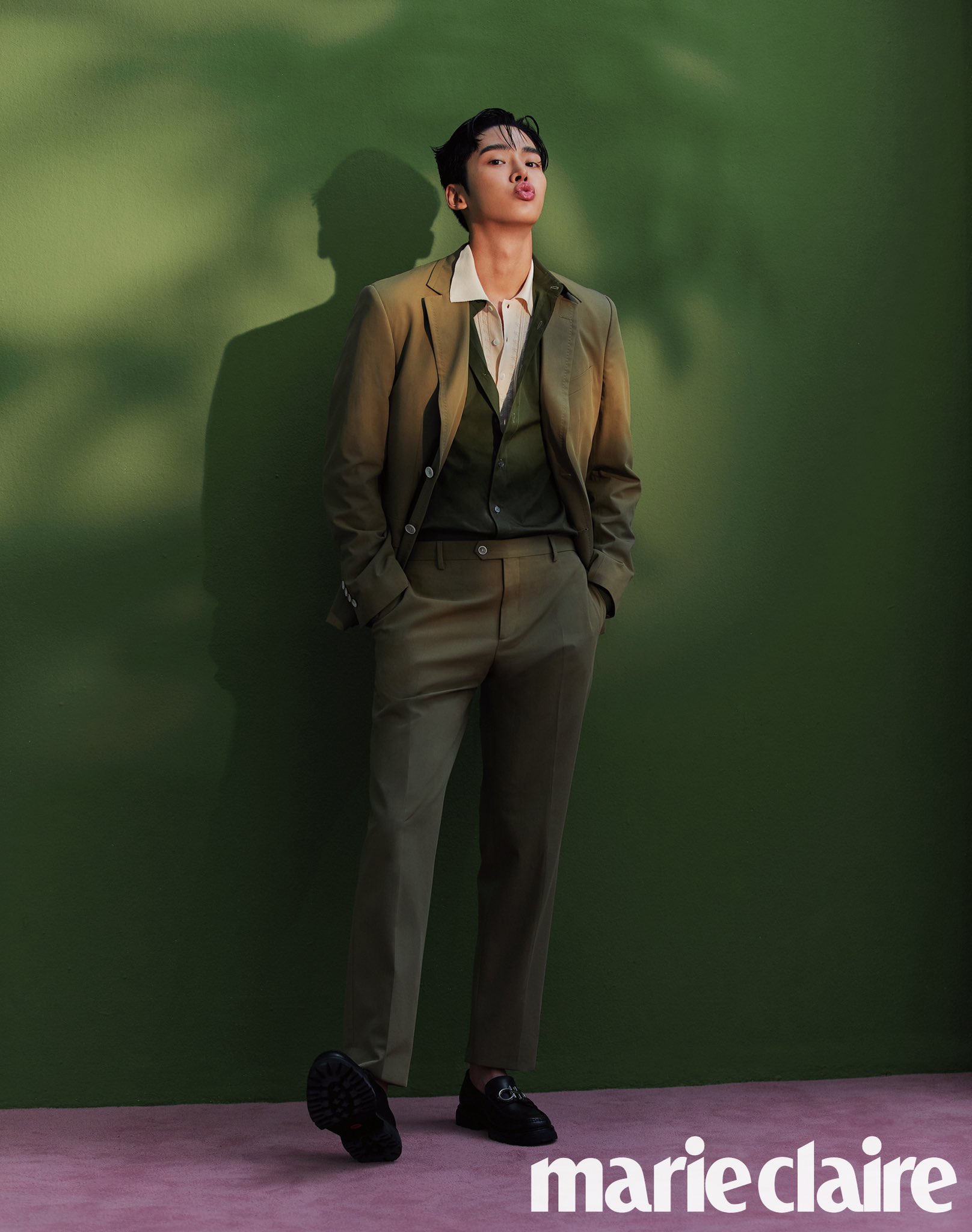 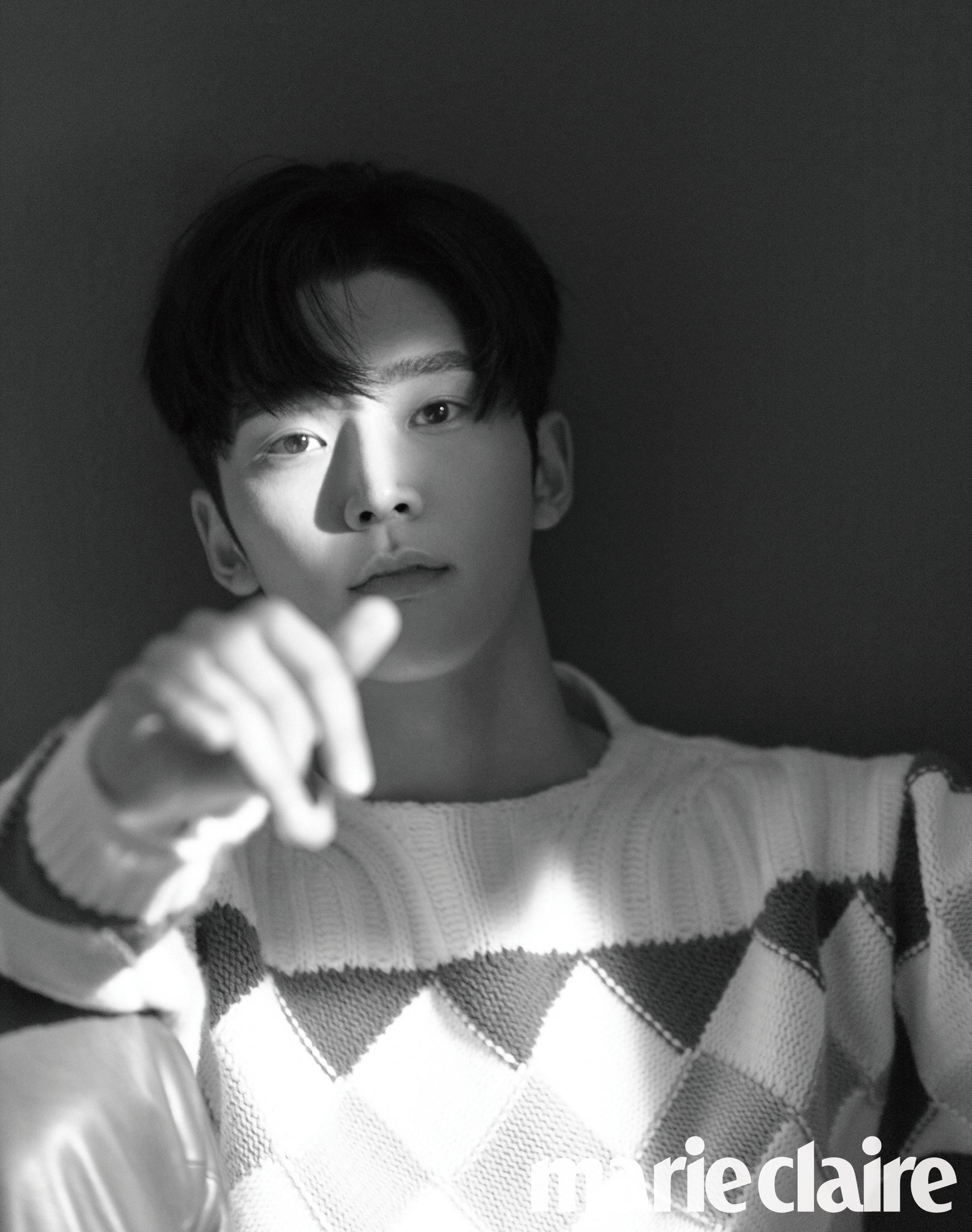 “She Would Never Know” is currently slated to premiere in 2021.

In the meantime, watch Rowoon in his drama “Extraordinary You” below!