Lee Je Hoon opened up about the most “cowardly” moment of his love life on “Running Man”!

On the October 25 episode of the SBS variety show, the cast members and guests played a game in which they had to correctly guess the results of a dating-related survey of men in their twenties and thirties. After listening to a set of multiple-choice answers to a romance-related question, each team selected the answer they thought the most men would have picked.

One of the survey’s questions asked men to choose the behavior that even they thought had been cowardly for doing while dating. Before they heard the multiple-choice options, Yoo Jae Suk asked guest Lee Je Hoon if anything came to mind for him personally.

Lee Je Hoon responded, “In my case, there was someone I really liked, but I told them, ‘I don’t like you.'”

Ji Suk Jin asked, “Were you playing hard-to-get?” and Lee Je Hoon explained, “Yes. I liked them so much, but they wouldn’t show me how they felt about me. Out of my pride as a man, I [lied and] said, ‘I don’t like you.'” 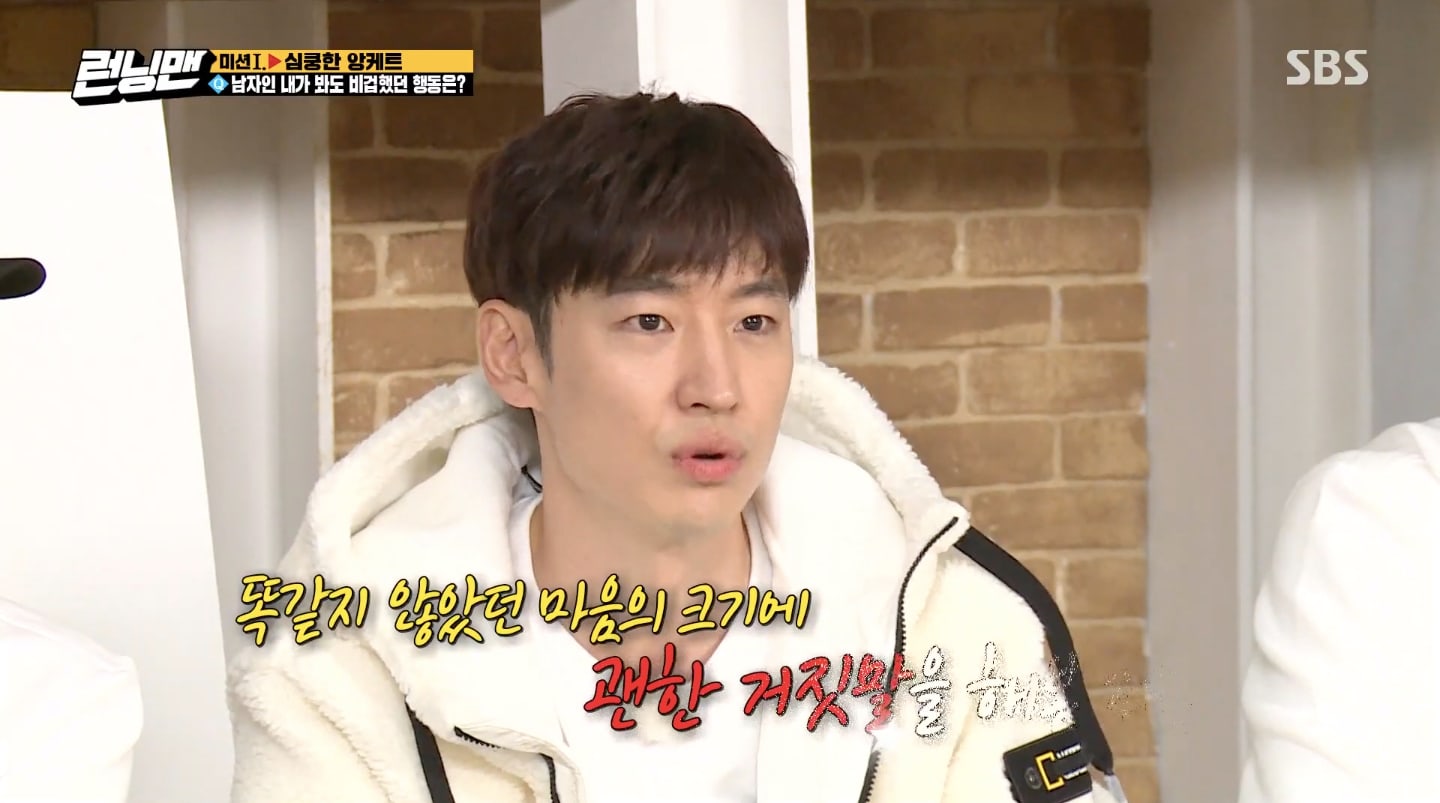 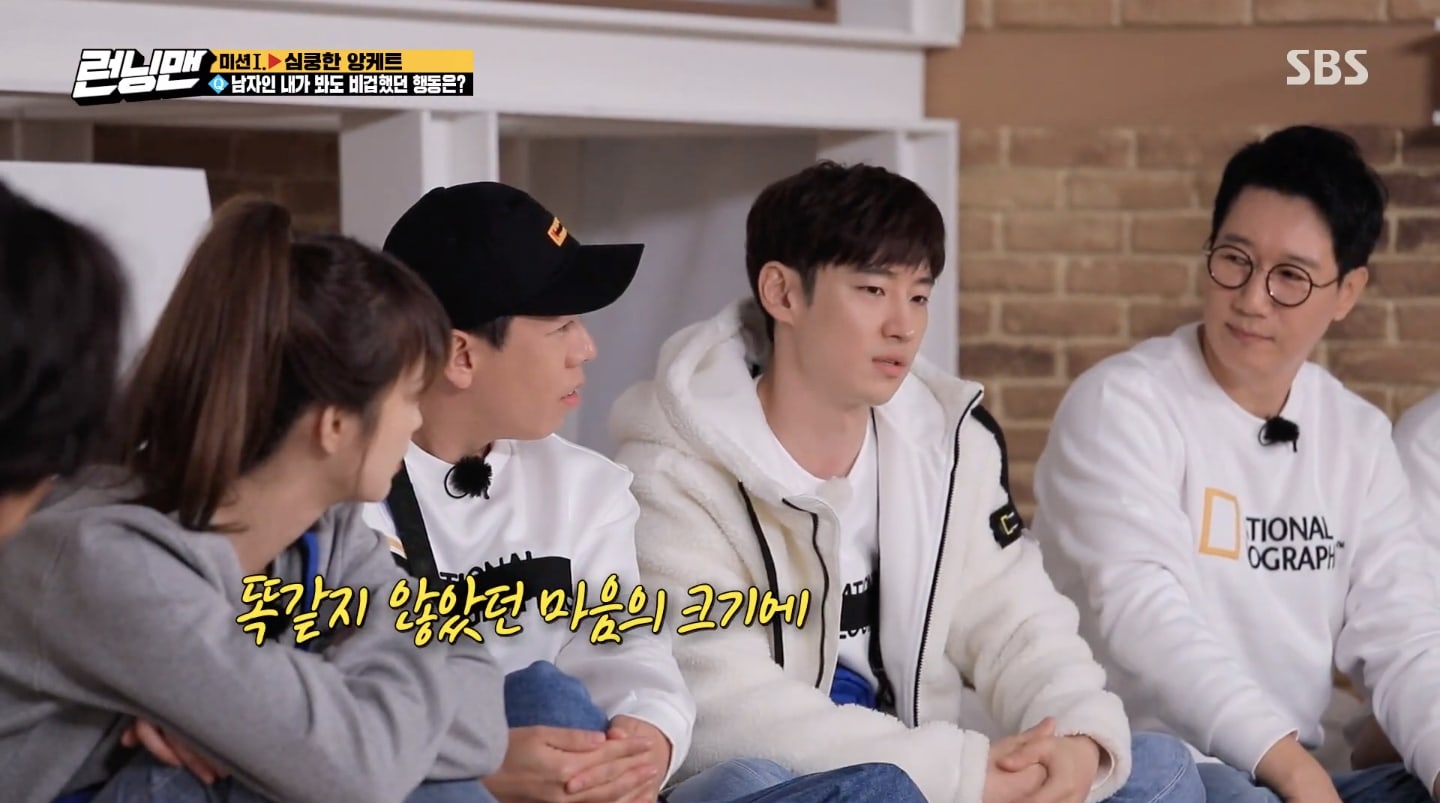 Yoo Jae Suk then urged Lee Kwang Soo to share his own experience, to which Lee Kwang Soo replied, “Telling someone during a breakup, ‘Give me back all the gifts I gave you.'”

Ji Suk Jin exclaimed in shock, “You did that?” while Kim Jong Kook asked in amazement, “Why would you ask them to give that back?” 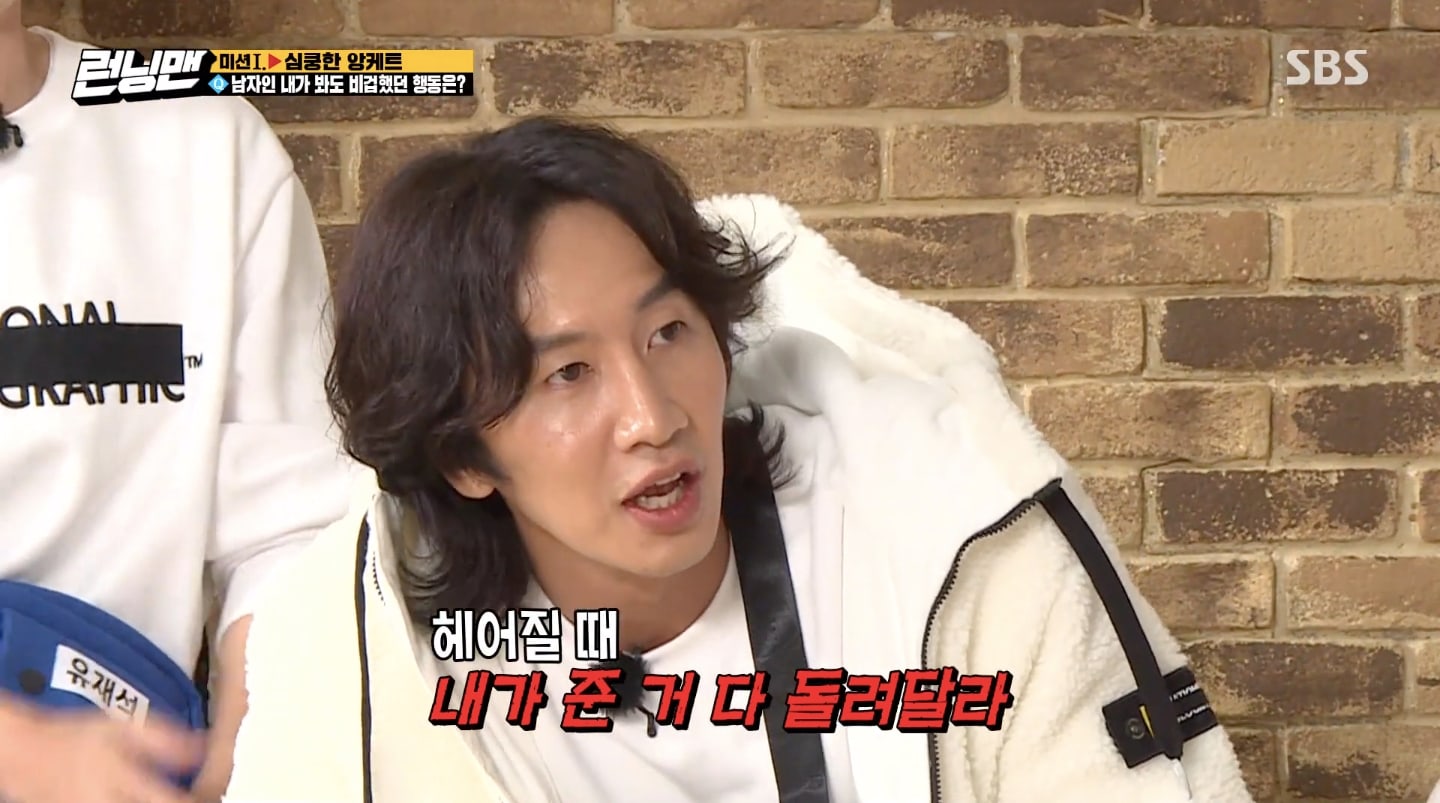