The screenplay for tvN’s Wednesday-Thursday series “Tale of the Nine-Tailed” is garnering attention for its immersive lines that pull you into the story.

The series is a fantasy action romance drama between a gumiho (a mythical nine-tailed fox) named Lee Yeon (Lee Dong Wook) and a dauntless producer named Nam Ji Ah (Jo Bo Ah) that is set on chasing him. Since its first broadcast on October 7, it has consistently ranked No. 1 in the Wednesday-Thursday drama ratings and 2049 ratings, the latter being a measure of ratings among the age group ranging from 20 to 49.

Lee Yeon – “I liked having her dwell in my forest.”

The second episode revealed the connection between Lee Yeon and Nam Ji Ah. When Lee Yeon was a mountain spirit long ago, he fell in love with the young Ah Eum, who is Nam Ji Ah in the present. While he was taking a nap, Ah Eum stroked his head. When he challenged her for doing so, she innocently asked, “You’re a fox, aren’t you? I’m Ah Eum.” Seeing Nam Ji Ah, who looks exactly like Ah Eum, made Lee Yeon think back to the days that he spent with Ah Eum. Being reminded of his first love, he said to himself, “People say it was a rare scandal that shook everyone up. The mountain spirit who gave his heart to a human… it was enough grounds for a hearing, but I enjoyed it nonetheless. I… liked having her dwell in my forest.”

After having a dream of her deceased mother throwing a skull, Nam Ji Ah headed to a mysterious island with Lee Yeon, who is after Lee Rang, to investigate a case involving the remains of a skull. The further she got into her investigation, the sense of unease and danger settled in stronger. Through a phone call with assistant director Cho, Nam Ji Ah confirmed that there had been four similar incidents on the island on a particular date. When a sailor ran away frantically after seeing her, she chased after him. After she caught up with him, he attacked her viciously. She made a close escape with the help of Lee Yeon, who tried to heal her with his own remedy. While complaining that his hands are too hot, she suddenly transformed into a different persona and started choking Lee Yeon. “It’s me, the one you’ve been waiting for,” she said. “But you know… Why did you kill me?” The startling shift and the words of warning that followed heightened the level of tension in the air. 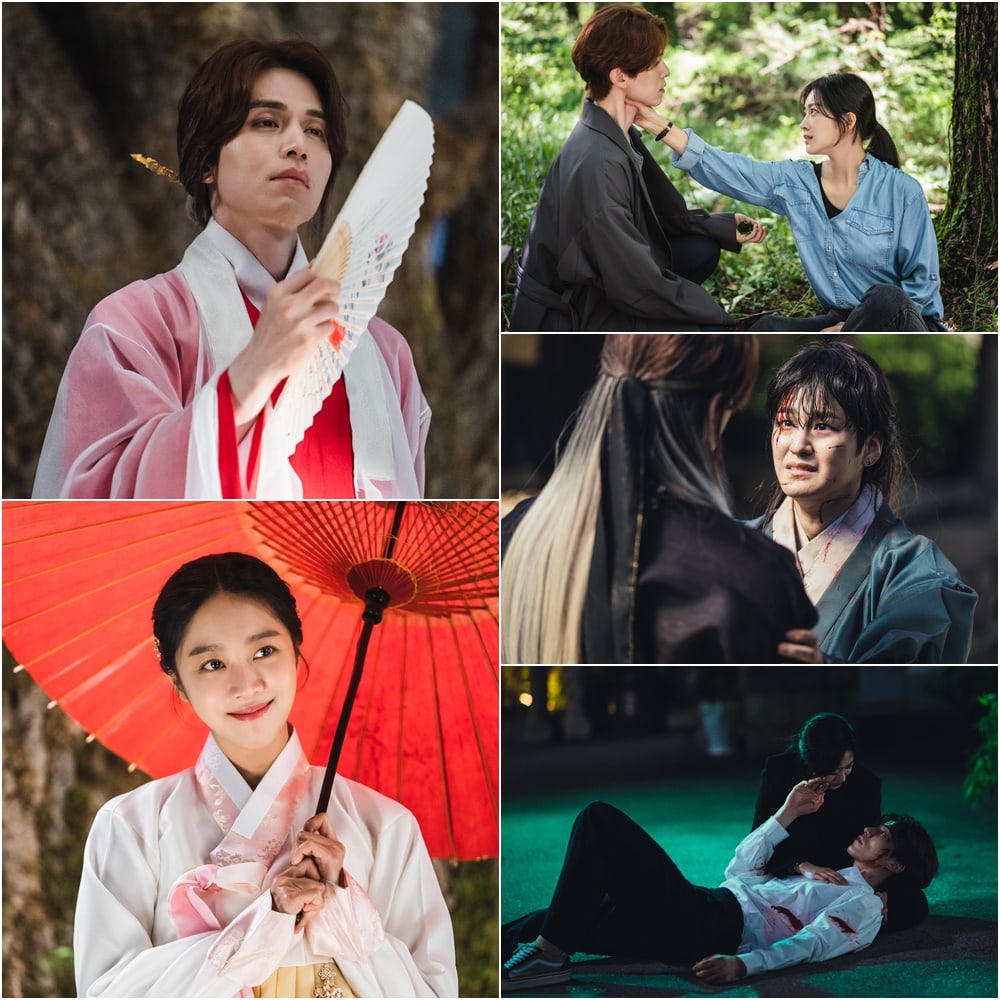 Lee Rang – “I missed you. I missed you so much that I felt like dying.”

Lee Yeon and Lee Rang, who are fiercely going after each other in the present, used to have a close relationship in the past. Back when Lee Yeon was a mountain spirit, he left his post for a while to go after his first love Ah Eum. While he was gone, humans came and burned down the forest, angering Lee Rang and leading him to commit murder. Once Lee Yeon returned, Lee Rang ran to him and asked, “You were alive? I couldn’t get in touch with you after you left so I thought you had died!” After expressing his worry, he shed tears while saying, “I missed you. I missed you so much that I felt like dying. Why didn’t you come back for me?” Lee Yeon responded with tears in his eyes, “I did come back for you. But I couldn’t find you. I lost you.” Despite the love the brothers had for each other, their relationship took a turn for the worst when Lee Yeon stabbed Lee Rang under the instructions of the underworld.

Lee Yeon received a penalty from the underworld for using his supernatural powers to protect Nam Ji Ah. But while he received his punishment, Nam Ji Ah found herself in danger of losing her life once again. At that moment, Lee Yeon fought his way through hell and appeared in front of her, covered in blood. After saving her, he lost consciousness. Nam Ji Ah burst into tears and begged him, “Don’t die. Please don’t die because of me.” This activated Lee Yeon’s fox bead, which was hidden deep inside. After he saw that his bead had been awakened, he was assured that Nam Ji Ah truly is the reincarnation of Ah Eum. To this, he said, “I too, I too have been waiting for you.”

The production team stated, “We are surprised and grateful for the enthusiastic response of many viewers to the significance of the lines.” They added, “In the seventh and eighth episodes that are to be aired this week, Nam Ji Ah’s turbulent fate will unfold as her heart for Lee Yeon grows and Lee Yeon starts his counterattack on a legendary beast that has awakened from its deep sleep.”

The seventh episode of tvN’s Wednesday-Thursday series “Tale of the Nine-Tailed” will air at 10:30 p.m. KST on Wednesday, October 28.

Which line do you like best? Let us know in the comments below.

Also, catch up with “Tale of the Nine-Tailed” here: