Park Bo Gum has been chosen as the MC of a concert hosted by the Republic of Korea Navy. 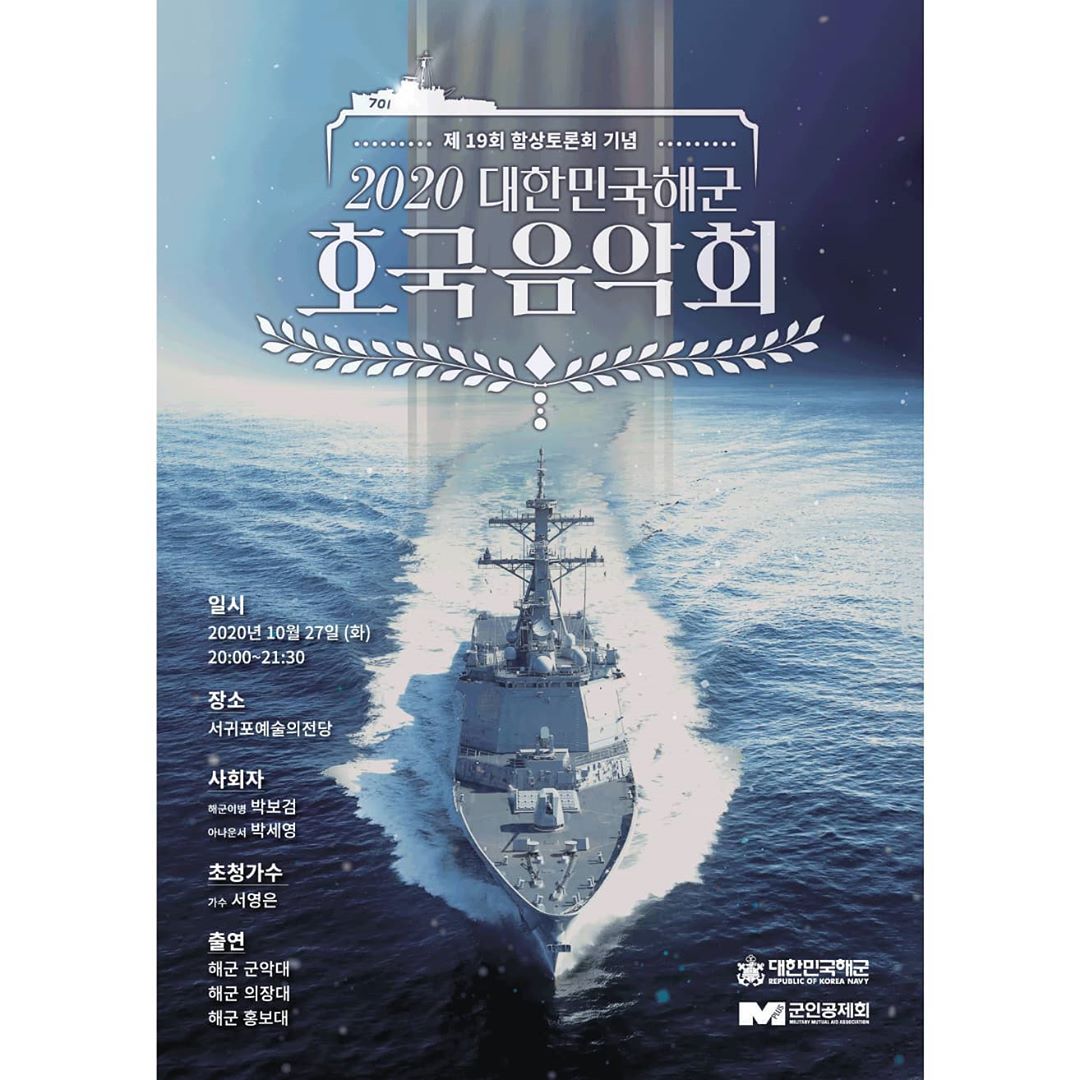 The event will be held on October 27 at 8 p.m. KST, and anyone can watch it on Republic of Korea Navy’s YouTube channel and Facebook page.

Park Bo Gum enlisted as a new recruit to the navy on August 31, and he is currently serving as a cultural promotion soldier. He will be discharged in April 2022.

Prior to his enlistment, he filmed the currently-airing drama “Record of Youth” as well as two upcoming films.