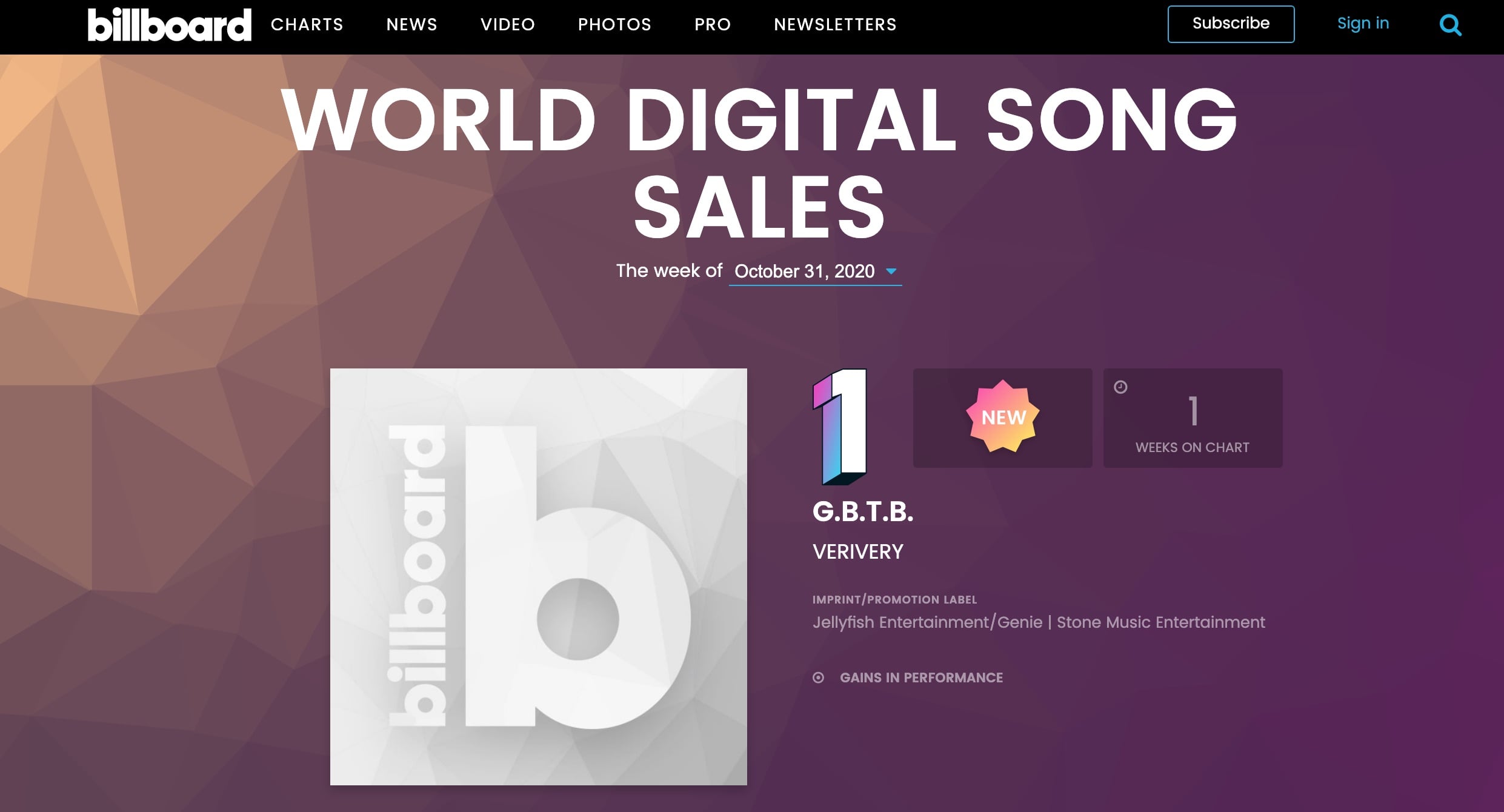 In an interview with News1, Dongheon said, “We did not even imagine this could happen, but we’re so happy at the thought that this many people are showing their love for VERIVERY’s music. In the future, we aim to become artists who are always passionate about music and the stage so that our music will continue to receive love from all over the world.”

Hoyoung said, “This is our first No. 1 since our debut. I’m grateful to our fans, but I’m also motivated to work harder now.” Yeonho added, “I think that it’s due to all the people who are cheering for us that we were able to enter a Billboard chart. It’s an overwhelming and exciting thing.”

Gyehyeon said, “I’m so happy to be entering a Billboard chart for the first time since our debut. I want this No. 1 to be a gift to our fans and our staff as well. VERIVERY will keep maturing, so please keep watching over us.”

Yongseung said, “I didn’t know what to do when I first heard the news, because it was so sudden and unimaginable. Because VERRER [fanclub name] gave us such an enormous gift, I am grateful and proud. We hope to show VERIVERY’s growth through even better music and performances.”

Kangmin expressed his gratitude for his fans and the members and added, “I’m still lacking in a lot of ways, but I will work hard in order to show my growth.”

VERIVERY’s Minchan is currently on hiatus due to health issues.