At the end of the previous episode, Go Woo Young and Jung Da Jung spent a tender moment together. Jung Da Jung expressed her wish that her “other half” would be well, which created a bittersweet moment for Go Woo Young. The sudden burst of emotions caused him to kiss her out of nowhere, and in shock, she slapped him on the cheek.

Amid questions about their future, the drama released new photos of Jung Da Jung and Go Woo Young’s awkward reunion after the unexpected kiss the other night. The two meet by chance in an elevator, and due to the thick crowd, they end up getting too close for comfort. Jung Da Jung stares at him with a flustered but firm gaze, whereas Gong Woo Young’s expression is filled with tenderness and affection. 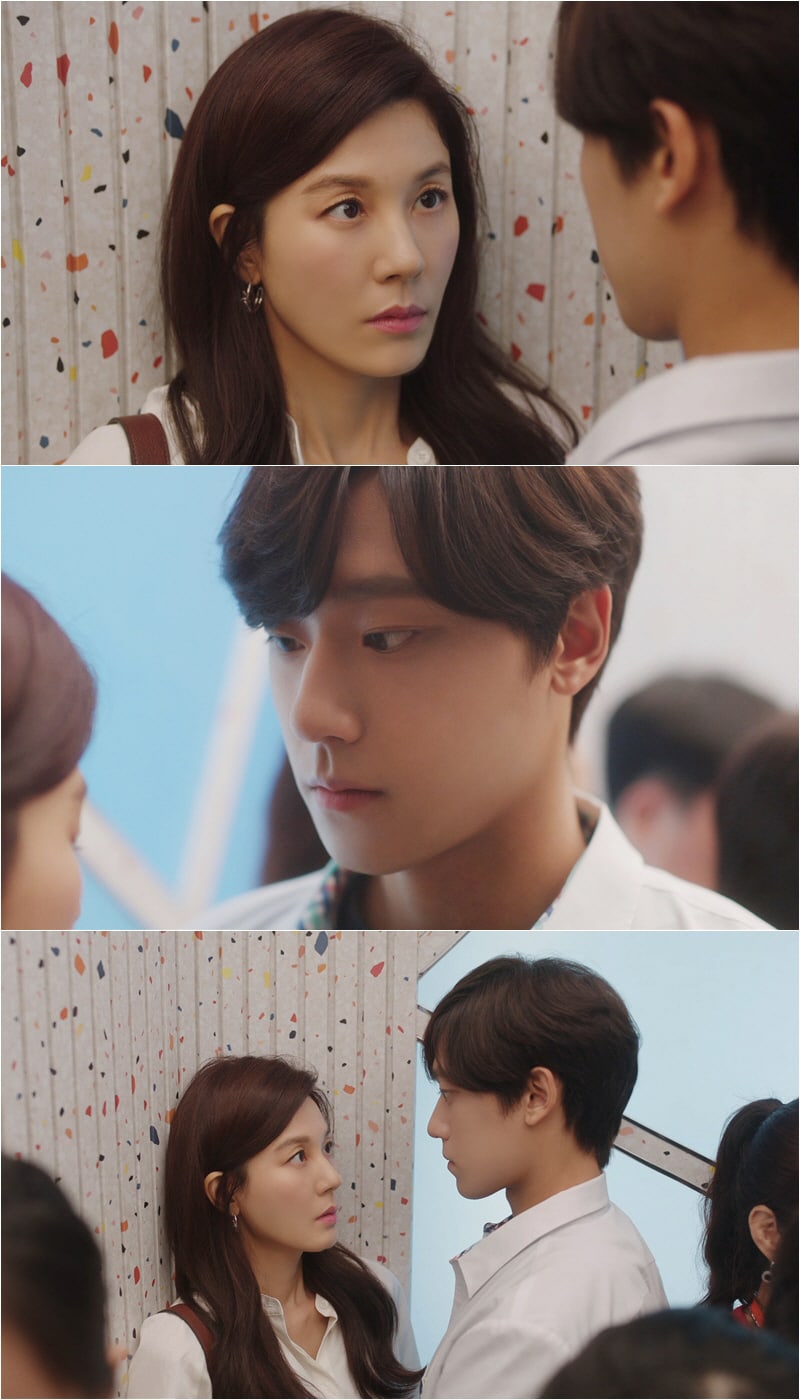 Kim Ha Neul
Lee Do Hyun
18 Again
How does this article make you feel?