SEVENTEEN’s Hoshi, Jun, DK, And Joshua Pick Memorable Moments Of Their Career, When The Group Feels Most Connected, And More

The interviewer mentioned Jun’s love for photography, noting that he consistently took photos even while he was on set. He explained, “This is my way of keeping a record of life. I take them regularly while working and while playing so I can treasure them like a diary. I upload the nice photos onto Twitter or Weibo to share with our fans Carats. If I try to write something, there’s a lot to think about so I choose to upload pictures.”

When asked about his happiest moment recently, Jun picked SEVENTEEN’s online fan meeting. He explained, “Thanks to our performance of ‘Let Me Hear You Say,’ we were able to showcase our choreography through the screen and meet with Carats for the first time in awhile so I was really happy. Although we couldn’t meet in person, I gained a lot of energy from that alone.”

Despite the chaos of having 13 members in one group, Jun also spoke about what he enjoys about having so many members. He shared, “There’s not a single moment to be bored. I also like that we’re always in an environment where we can adopt new worlds and perspectives. The8 enjoys drinking tea and has recently gotten into meditation, so whenever I’m bored I like to knock on his door room.” 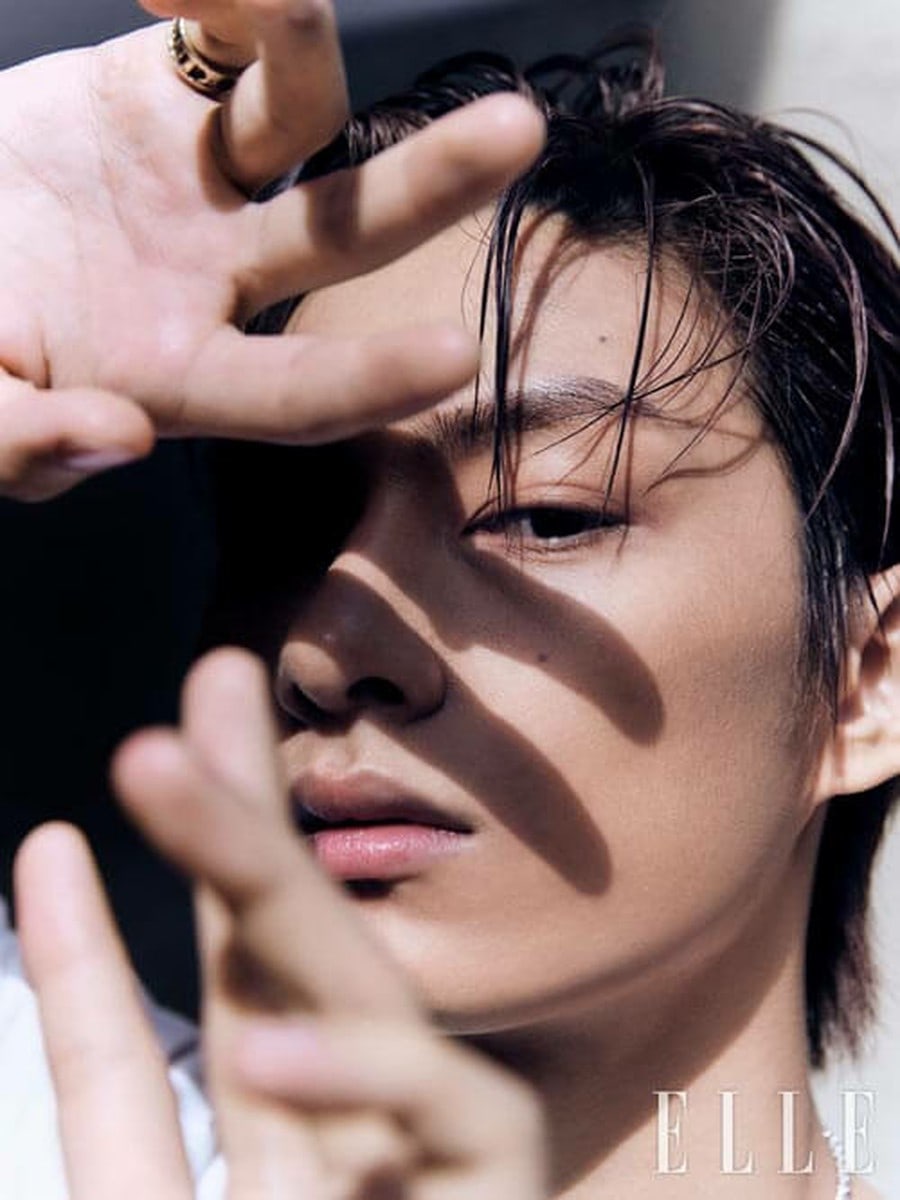 Hoshi is well-known for his love of tigers, which has a relation to his stage name. Hoshi is short for “the perspective of a tiger,” and he explained, “As I began promoting as Hoshi, I gained an interest in tigers. The more I researched them, the more I learned about what brave and intense creatures they are. I do like my birth name Kwon Soon Young, but as the performance team leader, I do think Hoshi definitely suits me better.”

He also described his recent dance video with choreographer Jemma Lee as a new challenge and picked songwriting as his next challenge. “I’m learning songwriting from Woozi,” Hoshi shared. “If you think about it, it’s incredible luck that a member in my team is an amazing songwriter who has numerous hit songs. Once our activities are done for the day and all the members return to the dorm, we watch Woozi go back to the studio and we say, ‘He lives so diligently, Woozi has to do well.'”

At the beginning of SEVENTEEN’s documentary “Hit the Road,” Hoshi commented, “Even if it’s hard, I have to smile on stage.” Hoshi explained, “I thought I would have to start off really impressively so I pretended to act very serious. However, it is true. There’s a salad shop I like but if the taste is just a little different, I’ll go, ‘Huh?’ and be disappointed. Since there are expectations, there is also disappointment, and I’m sure our Carats hearts are so great that they cannot even be compared to the way I like my salad. This is the reason why I work hard to show a consistent image.” 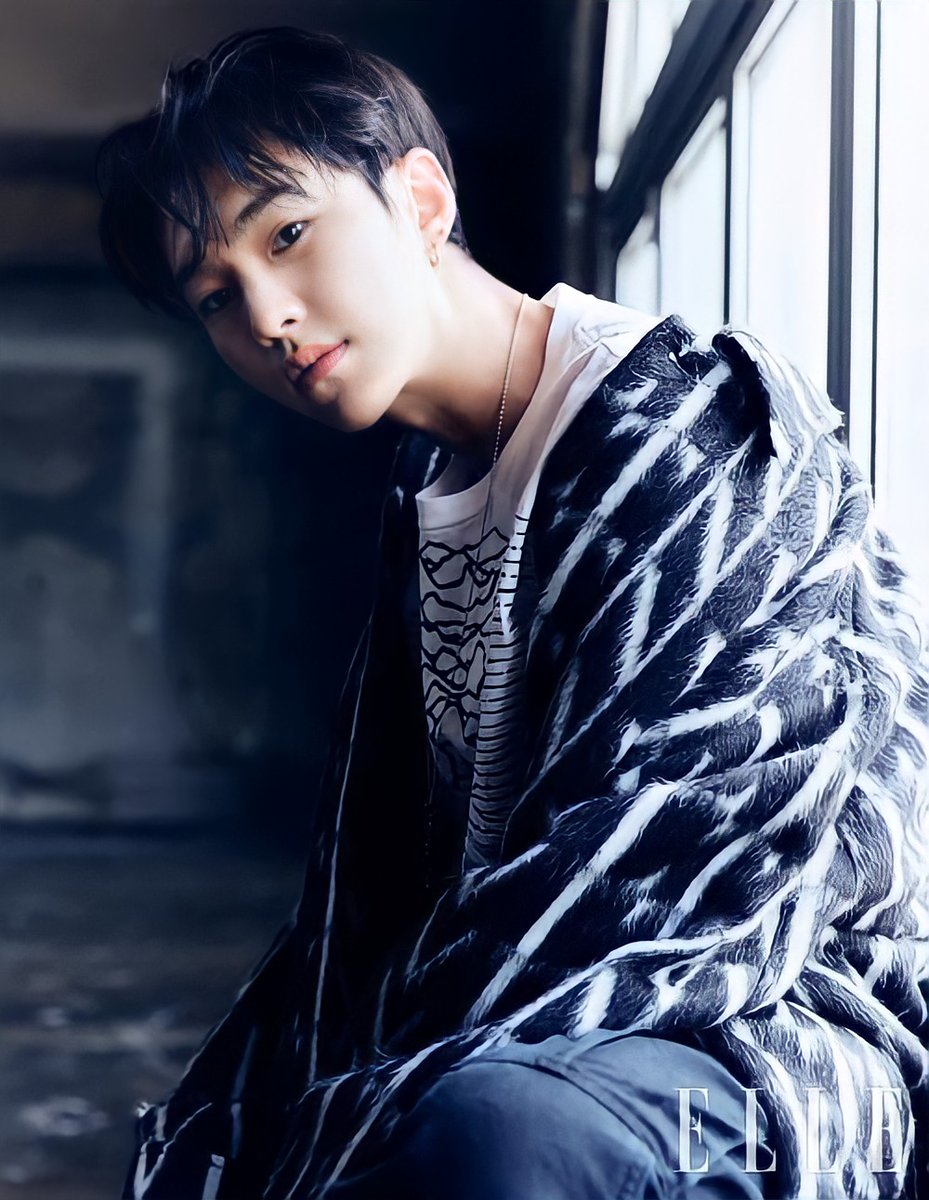 DK spoke about his most memorable performance, picking the showcase stage of “Smile Flower” off their third mini album “Going Seventeen.” “At the time, I was experiencing a bit of a slump,” DK explained. “The moment I heard the voices of our Carats calling out our names to the song, I cried feeling very apologetic. Since there are so many people supporting me, I thought that I couldn’t feel upset and exhausted so easily. After that, this song became my ‘tear jerker.'”

After recently dropping their special album “Semicolon,” DK talked about what he wanted to convey with this project. He shared, “It’s a continuation of our last mini album ‘Heng:garæ,’ which conveyed our support to young adults. We wanted to tell young adults that after dealing with such hard times, it’s okay to take a rest. We’re also doing it in SEVENTEEN’s special way, making sure not to forget humor and fun even while sending a message of comfort.”

He spoke further about what young adulthood means to him, simply stating, “SEVENTEEN.” He elaborated, “From our trainee days to now, we’ve spent nearly 10 years so close together, experiencing both the hardest and happiest moments together. That’s why as long as I’m in SEVENTEEN, it feels like young adulthood. It’s a typical answer but I’m so happy that I’ve met people who allow me to say this.” 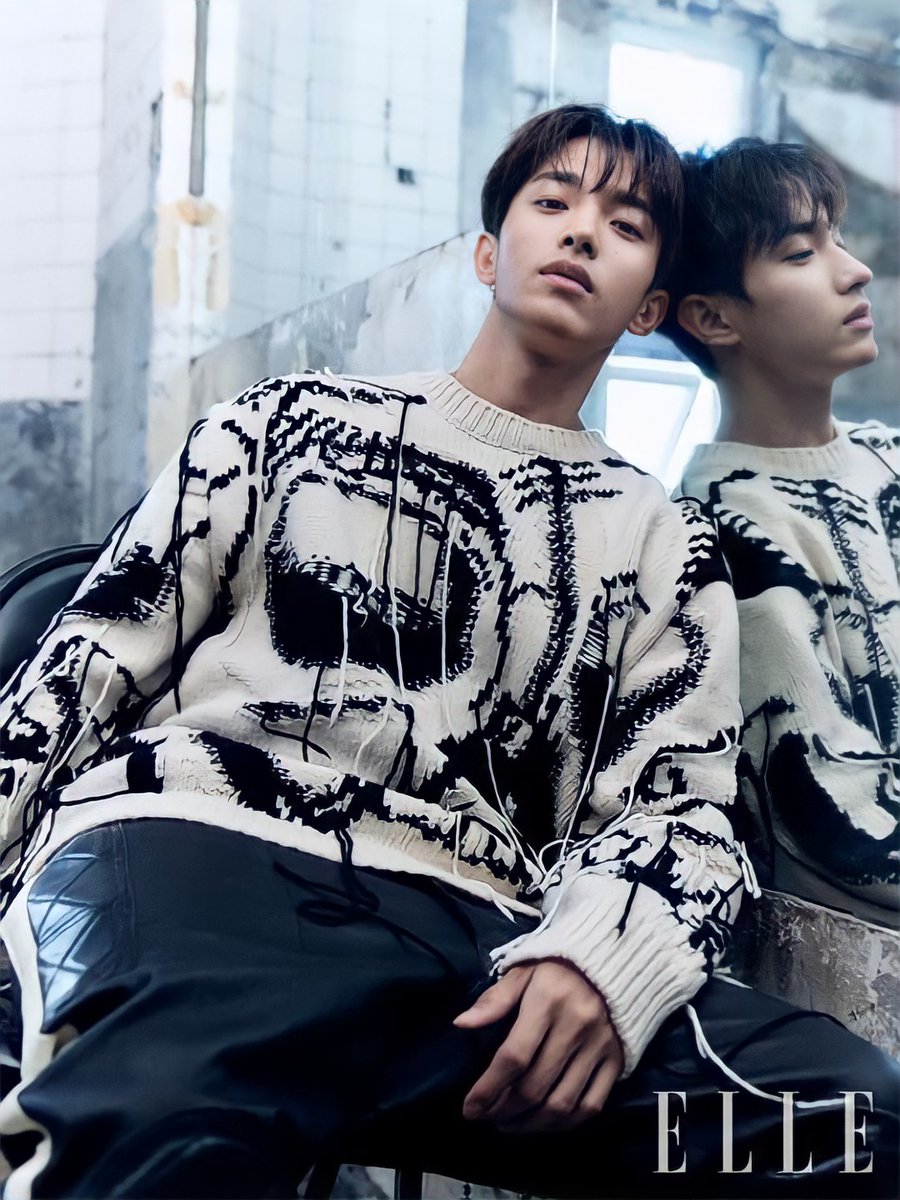 Because he grew up in Los Angeles, California, Joshua has naturally become one of the SEVENTEEN members in charge of speaking English. Regarding the pressure of this, Joshua shared, “At first, there was definitely that pressure of having to give a good answer. However, after seeing my members work so hard to memorize a word or ask me and Vernon things they don’t know, I gradually became much more comfortable.”

He continued to talk about his initial struggles with Korean after first moving to Korea, explaining, “I hadn’t ever officially learned Korean so when I was a trainee, the rate that I could read lyrics could not match the rate I could sing at so I just had to memorize lyrics completely. Now, I’ve improved a lot.” Laughing, Joshua added, “Chatting between my members as the messenger especially helped.”

Joshua picked returning to his hometown with his members as his most memorable moment, sharing, “During our promotions for ‘Don’t Wanna Cry,’ we stayed in LA for over a week. I can’t forget how my members and I were able to spend free time in my hometown. It’s a memory that’ll last forever.” 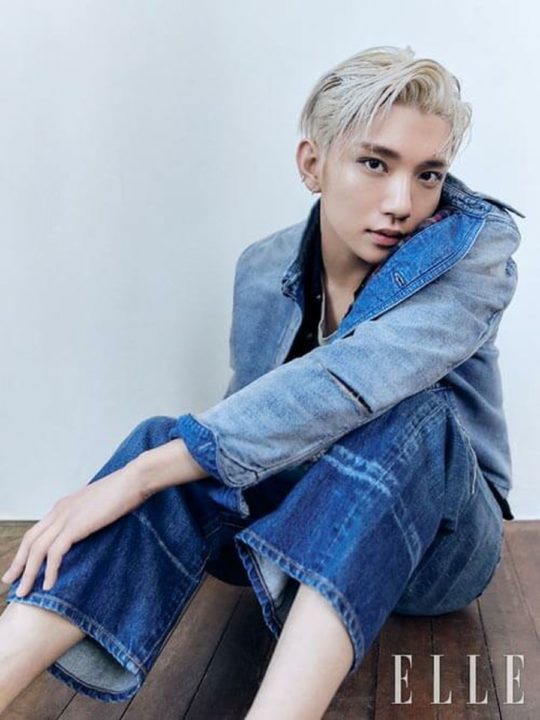 Finally, each member explained when they feel that SEVENTEEN is most connected. Jun commented with a laugh, “When no one is speaking but it’s not awkward at all.” Hoshi answered, “I saw all 13 members lined up in our practice room and in that moment, I thought that we looked really cool. It sounds obvious but we really are close friends and even when we grow older, we will continue to play amongst ourselves. These days, I’m really not scared of anything. I’m so confident with everything.”

DK picked during their promotions, explaining, “I’m the type to fall behind when I’m alone. However, if I’m with my members, I get the feeling that I can do anything. It’s the most definite way to raise the tension.” Joshua concluded, “Before we had to social distance, all the members went on a trip. I just feel so assured that we have the kind of relationship where we spend time together even when we rest. Thanks to that, I thought a lot about how happy I am now and that we’d be able to be together forever.”

SEVENTEEN recently wrapped up promotions for “HOME;RUN” from their special album “Semicolon” and took their fourth win for the song on the November 1 episode of SBS’s “Inkigayo.”

SEVENTEEN
hoshi
joshua
Elle
DK
Jun
How does this article make you feel?