Watch: Refund Sisters Play A Prank On Yoo Jae Suk And Give Meaningful Final Performance On “How Do You Play?”

On November 7, MBC’s “How Do You Play?” aired the first part of Refund Sisters’ final appearance on the show.

In the November 7 episode, Refund Sisters prepared for their final performance together in Daejeon. As it had been two weeks since their debut performance on “Music Core,” it took some time for the members to get the moves down right. Once they were done, the members thought about what gift they should give Yoo Jae Suk.

Jessi said, “I think we should give him new glasses,” but Lee Hyori suggested they record audio messages for him instead. They also suggested a bicycle, some kind of membership, and an expensive watch, and Hwasa contributed, “It should be something that represents us as a group.” 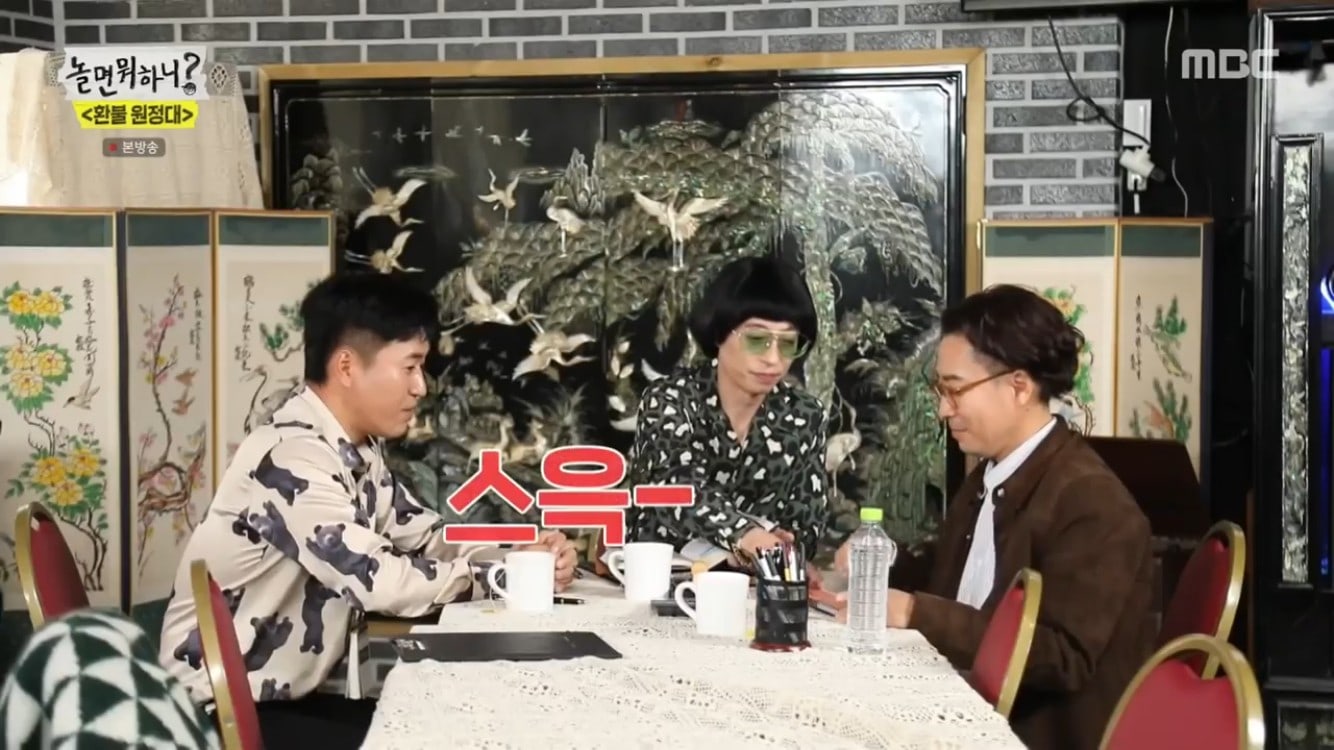 At the “agency” office, Jimmy Yoo met with the managers and gave them their salaries. In their contracts, Kim Jong Min had agreed to receive 18,000 won (about $16) per hour with a bonus of another 18,000 won if he worked hard. Jung Jae Hyung had agreed to 2 million won (about $1800) per month with a 10 percent bonus if the group took No. 1. 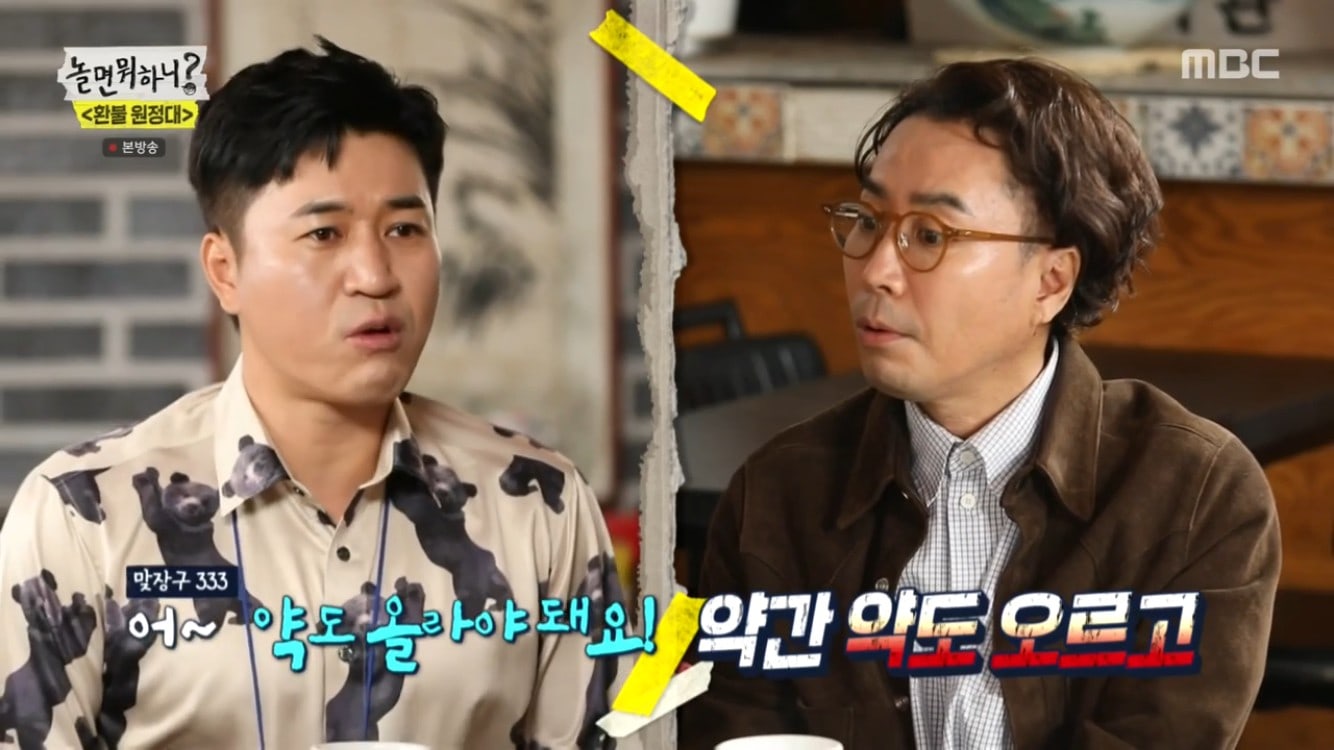 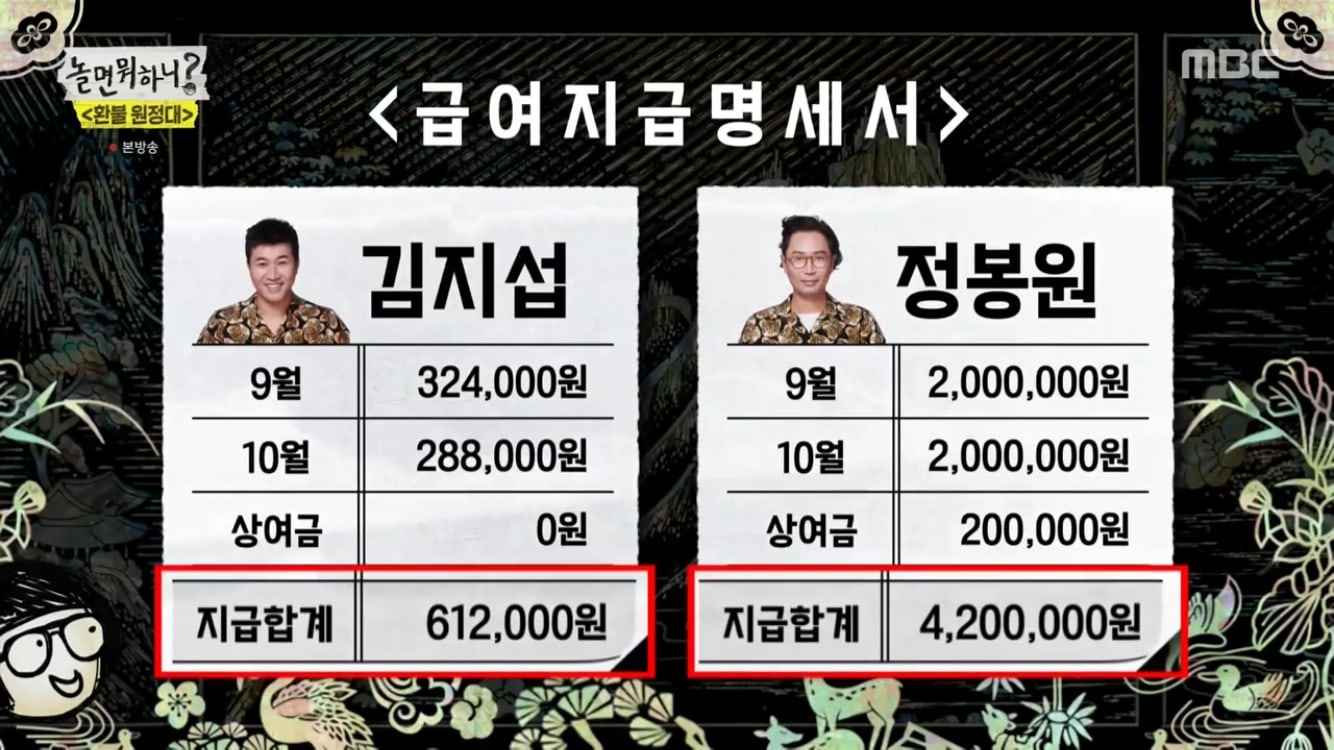 The managers gave out certificates to Refund Sisters as a token of their hard work. Uhm Jung Hwa, who had taken on the major challenge of singing on stage again after her long hiatus, received the “Emotion Award.” Lee Hyori, who played a “villainous” character in the show, received the “Villainess Award.” Jessi received the “Ultimate Award” for her blunt and direct persona, and Hwasa got the “Admiration Award” for holding her own among her senior artists. 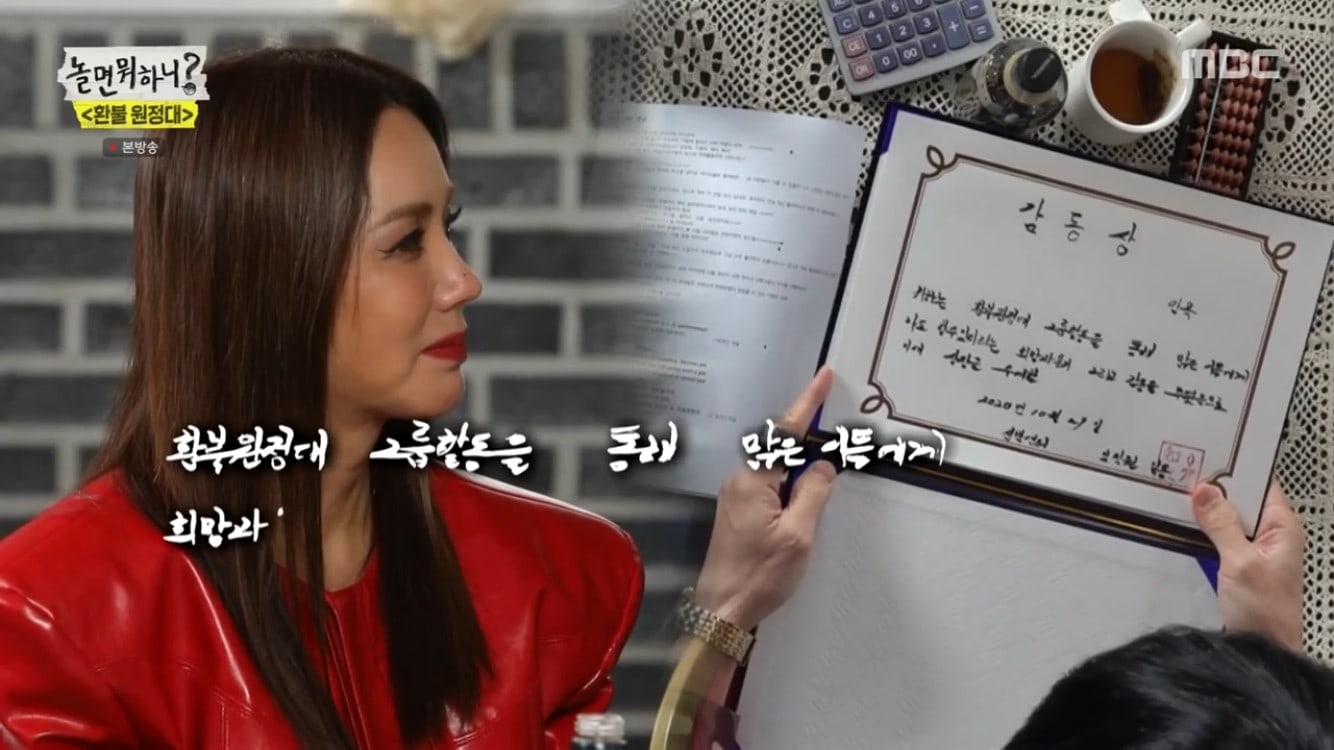 The group also talked about their popularity in Korea and abroad. Lee Hyori said, “I wanted to read the comments on our music video, but it was all in English.” Jessi shared a comment about how four generations of K-pop had come together in their group and said, “In the United States, female artists fight a lot. In the past, they didn’t collaborate that much. They used to fight a lot. Like physical fights and stuff.”

At some point in Refund Sisters’ meeting with the managers, Yoo Jae Suk began talking about their schedule. As the schedule briefing progressed, Hwasa looked tense, and the other members looked disapproving of her expression, until Hwasa suddenly left the room. Uhm Jung Hwa said, “It must be hard for her to do two groups at once.” (MAMAMOO was also preparing for a comeback at this stage.) But Lee Hyori said, “I think Jessi said something to her in the morning.” Jessi complained, “What did I say? Why do you always take her side?”

The two got into a fight and ended with the two leaving the room. Uhm Jung Hwa showed signs of tears and said, “I wish we would all get along,” and followed them out to resolve the fight, but instead the managers heard Lee Hyori and Jessi’s fight getting more serious outside. As the managers started to freak out, it was revealed that Refund Sisters had planned the whole thing as a prank on them.

In reality, as Lee Hyori and Jessi pretended to “fight” by shouting at each other, they were holding hands and having a lot of fun. The members were also busy preparing a cake and gifts for Yoo Jae Suk and their manager. As soon as Yoo Jae Suk opened the door to see what was going on, he met Hwasa in the door with a cake and a bright smile on her face. After the managers realized what was happening, Jung Jae Hyung heaved a sigh of relief and clutched his chest.

Yoo Jae Suk said, “It was so natural that it was hard to be suspicious. Hwasa’s leaving felt natural, but when Jessi left, I started to think that this was serious. When Hyori said, ‘If today is the last day, I have something I want to say,’ I started to panic.” Jung Jae Hyung said, “When Hyori left, I thought about calling the police.” Lee Hyori quipped, “You should find me an acting gig.”

Because Yoo Jae Suk had struggled with his fake gold bracelets as part of his costume, Refund Sisters gave him a real gold bracelet as a gift.

The group’s final performance in Daejeon was at a socially distanced festival for the Armed Forces Nursing Academy. Due to COVID-19 regulations, it was the first time that the group had performed in front of a live audience. Enlivened by the crowd, the members gave a powerful and memorable performance of “Don’t Touch Me.”

On their way back to Seoul, Uhm Jung Hwa said, “It was so exciting and fun to be in front of a live crowd.” Lee Hyori teared up thinking about the cheer squad’s performance at the festival and said, “They look so young and pure. I was embarrassed because I thought I was the only one crying, but Uhm Jung Hwa was crying too.”

Refund Sisters’ final episode of “How Do You Play?” will air next week on November 14.