Watch: AKMU Sings Of Love That Hurts In “HAPPENING” MV

Composed by Lee Chanhyuk, Millennium, and Sihwang, “HAPPENING” portrays the emotional exhaustion that comes after a breakup through lyrics written by Lee Chanhyuk.

The single is described as a prelude to the the story that will be told in their next album after “SAILING.”

Watch the music video for “HAPPENING” below:

AKMU revealed a “D-1 counter” teaser video for their return with “HAPPENING”!

AKMU has shared a new “sampler” of themselves singing their upcoming single “HAPPENING” with a live band!

AKMU has released an MV teaser for their comeback “HAPPENING”:

AKMU released lyric posters for their return with “HAPPENING”!

The text on Lee Suhyun’s reads, “You just my happening,” and Lee Chanhyuk’s says, “This is something like a final warning.” 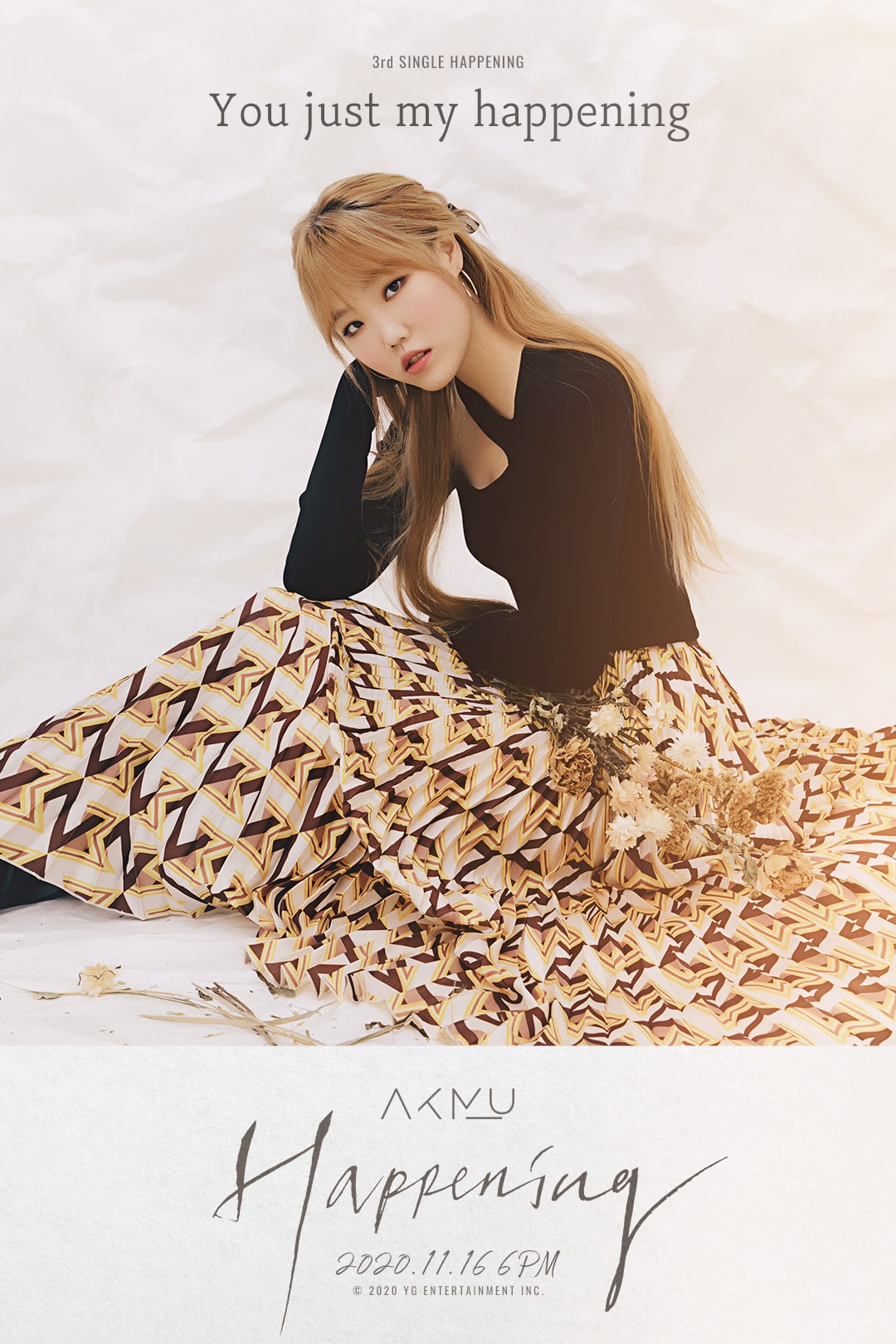 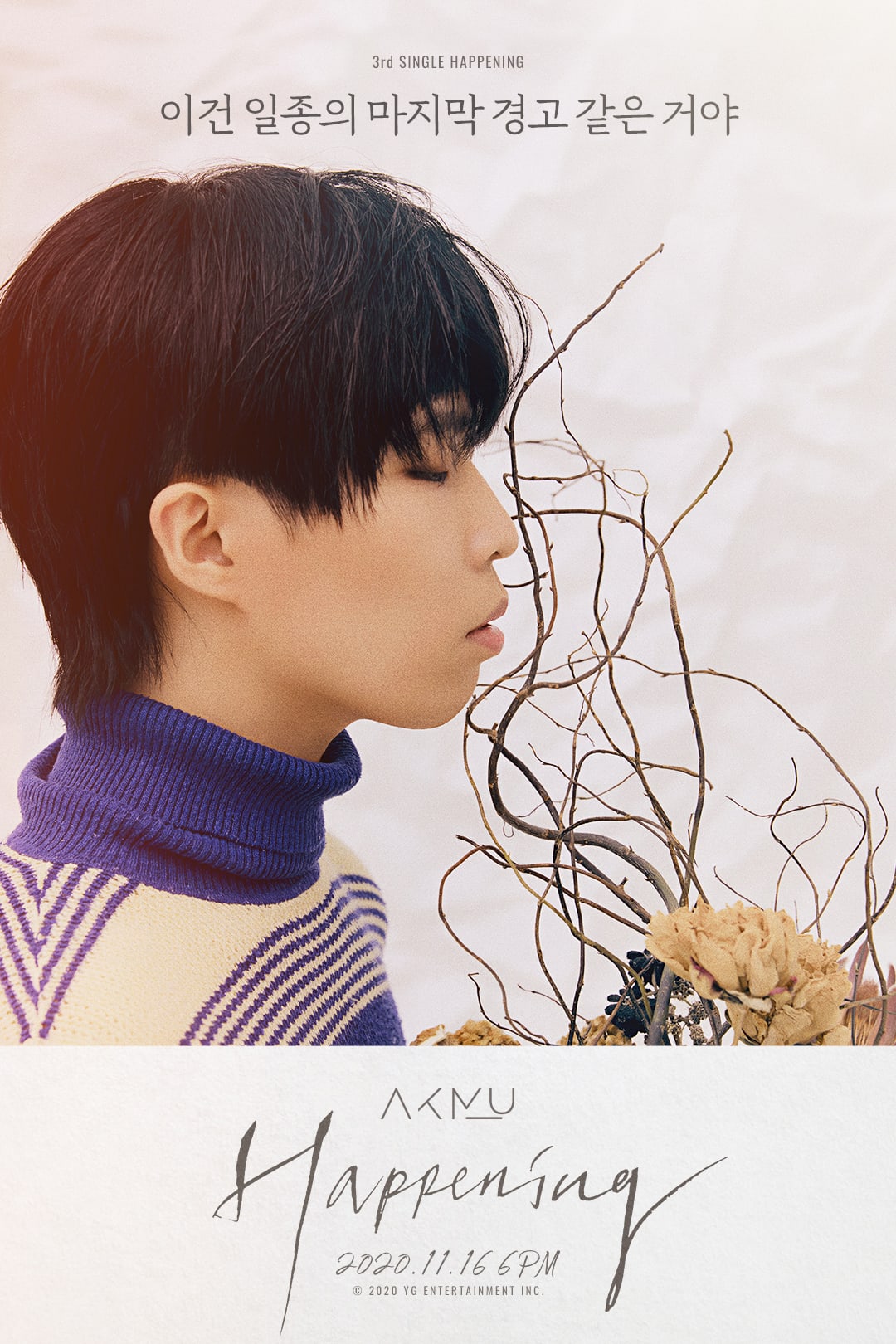 Also get a glimpse of the song in the “motion version” sampler clips below!

AKMU has shared a title poster for their upcoming single, which will be titled “HAPPENING.” The track is co-composed and written by Lee Chanhyuk. 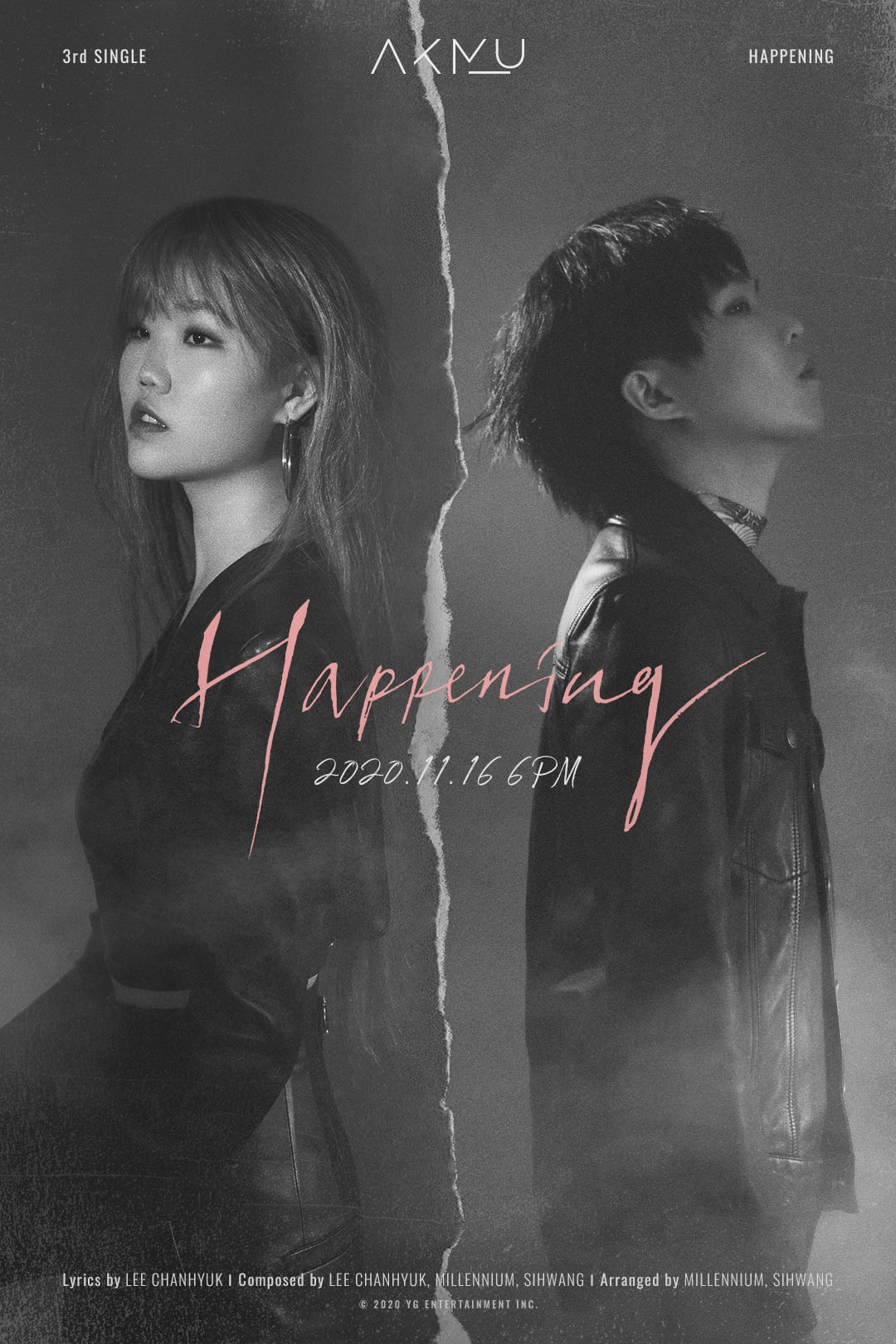 Mark your calendars—AKMU is making a comeback!

On November 9, YG Entertainment surprised fans by releasing a teaser for AKMU’s return. The duo will be making a comeback in just one week, on November 16 KST.

Just last month, Lee Suhyun made her solo debut with the single “Alien,” which was co-written by her brother and fellow AKMU member Lee Chanhyuk.

Are you excited for AKMU’s return as a duo? Check out their dreamy new comeback teaser below!