BTS has upped the anticipation for their new album “BE” by releasing the track list!

The album will feature eight songs, including the title track “Life Goes On,” “Fly to My Room,” “Blue & Grey,” “Skit,” “Telepathy,” “Dis-ease,” “Stay,” and their previously released hit single “Dynamite.”

Another image was revealed that includes the English text: “Life goes on / Like an echo in the forest / Like an arrow in the blue sky / On my pillow; on my table / Life goes on like this again.” 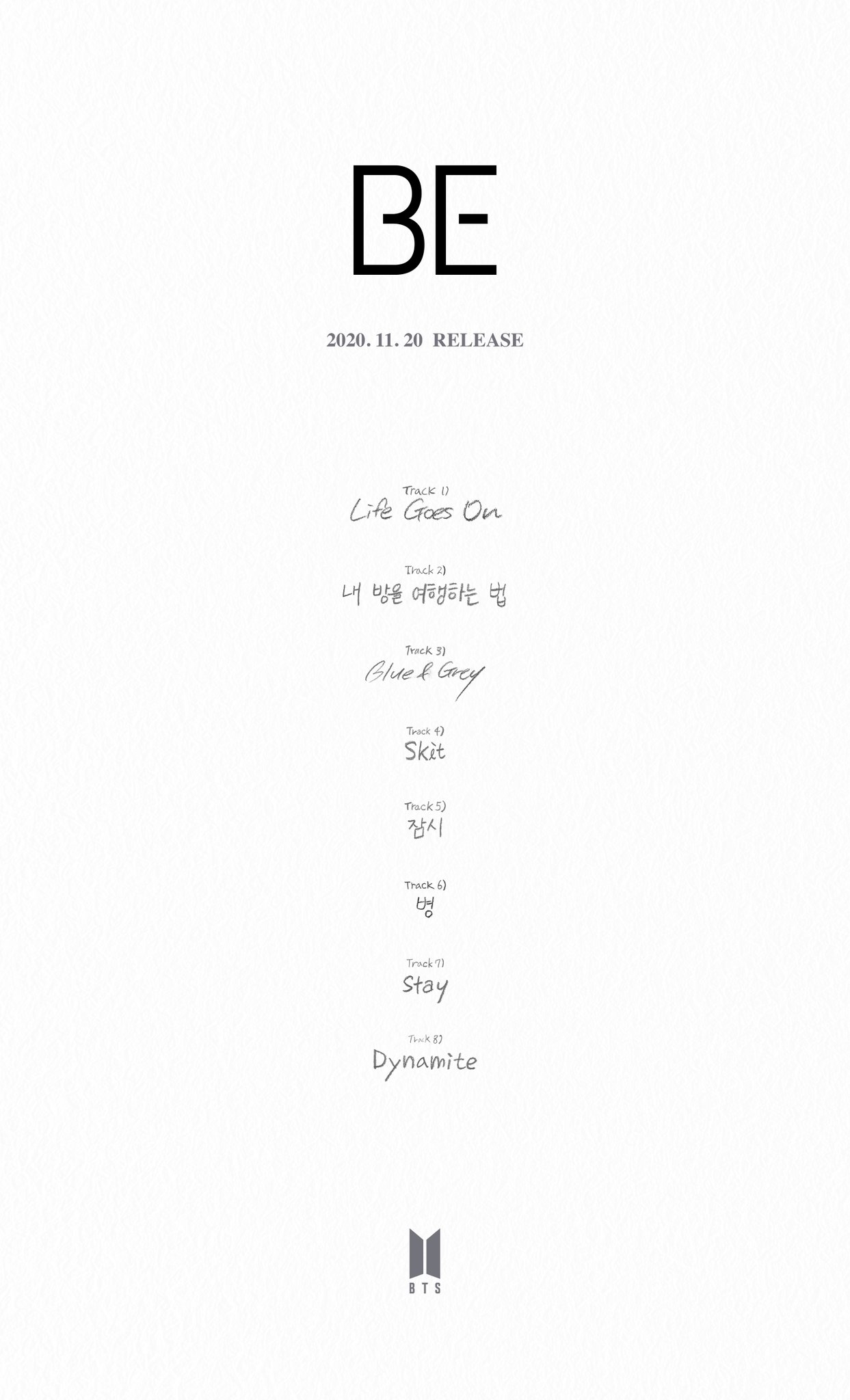 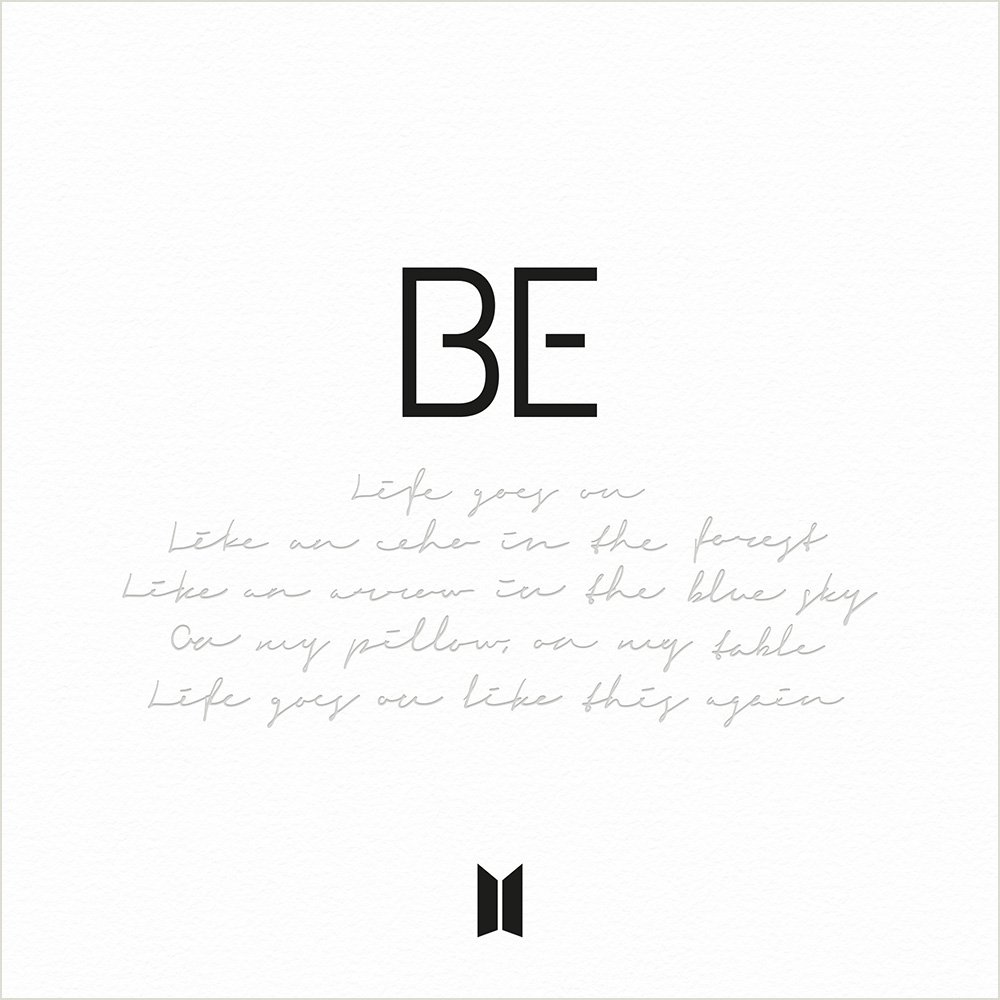 BTS’s “BE” comes out on November 20 and features direct participation from BTS in the music, concept, design, direction, and more. Check out their concept photos for the album here!