“City Couple’s Way of Love” is a short-form romance drama that follows the realistic love lives of young adults fighting to survive in the hectic city. It is being produced with multiple seasons in mind and the first is titled “My Lovable Camera Thief” (literal translation).

In “My Lovable Camera Thief,” Ji Chang Wook plays Park Jae Won, an architect who fell in love with a woman that he calls the “camera thief” after a fateful encounter a year ago. Kim Ji Won plays Lee Eun Oh, a freelance marketer who impulsively created a secret alter ego but ended up falling in love.

The new stills show Park Jae Won and Lee Eun Oh adorably in love, painting together, washing the dishes together, and walking on the beach. The stills bring out the vibe of a “dream-like” romance, where everyone is happy and the couple are completely wrapped up in each other. 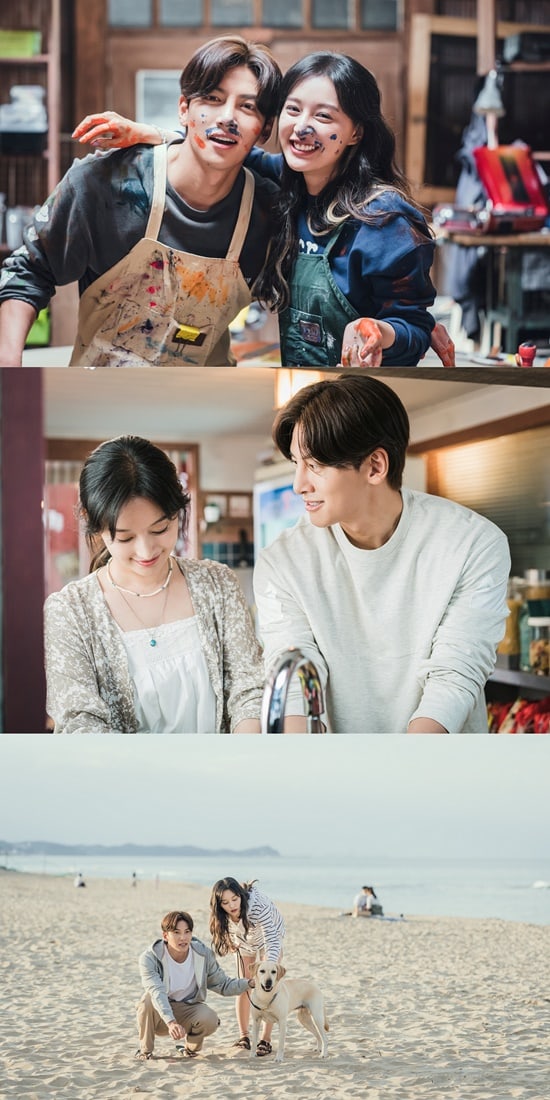 A source from the drama stated, “This is a meeting between two actors who are able to bring out their character’s charms. Please look forward to the heart-pounding synergy between Ji Chang Wook and Kim Ji Won. Viewers will be able to relate to the special feelings of an honest and warm romance between the couple.”

This drama premieres on KakaoTV in December.

Ji Chang Wook
Kim Ji Won
How does this article make you feel?