JTBC’s upcoming Monday-Tuesday drama “She Would Never Know” has given a look at its script reading session with the cast!

The new drama is an office romance that tells the love story between a lovely sunbae (someone senior at work, school, or in an industry) and a bold hoobae (junior) who has it all: good looks, cuteness, sexiness, and a serious aura. 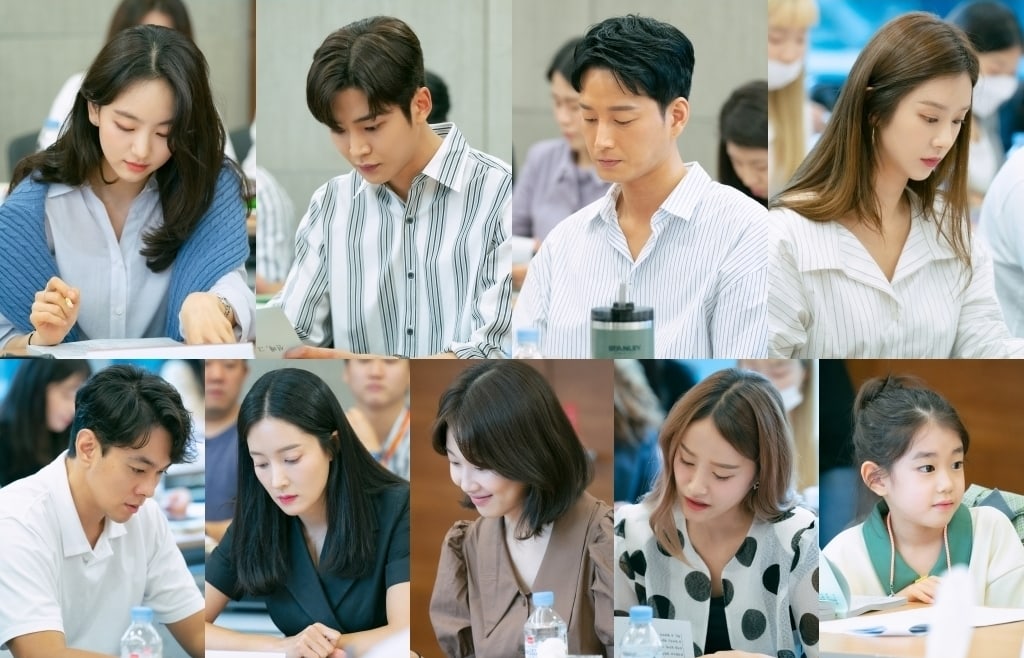 To kick off the session, director Lee Dong Yoon said, “I’m truly thankful to be able to work with the best actors who are perfect for their roles. This drama will be about various kinds of romance. It will also tell the love stories of other couples, not just the main characters.”

Won Jin Ah, who will play Yoon Song Ah, a professional brand marketer at a cosmetics company, said, “It feels special that for the first time, the atmosphere seems like I’m with family even before we’ve begun.” She continued, “I will my do my best alongside my co-stars to create a perfect drama.”

Rowoon, who will be the straightforward hoobae cosmetics brand marketer Chae Hyun Seung, commented, “I’ll work hard while learning, having fun, and depending on others.” During the script reading, Won Jin Ah and Rowoon showed off perfect chemistry as they transformed into their characters.

Meanwhile, Lee Hyun Wook portrayed his mature character Lee Jae Shin, and Lee Joo Bin showed off her role as Lee Hyo Joo, who is cold but lovable. Additionally, Lee Kyu Han will be Lee Jae Woon, the brother of Lee Hyo Joo and the marketing director of the cosmetics company.

Wang Bit Na plays Chae Ji Seung, the CEO of a wedding dress shop, while Ha Yun Kyung portrays Chae Yeon Seung, the mother of Park So Yi’s character and the sister of Chae Ji Seung and Chae Hyun Seung. The trio showed off their realistic back-and-forth as siblings at the reading. 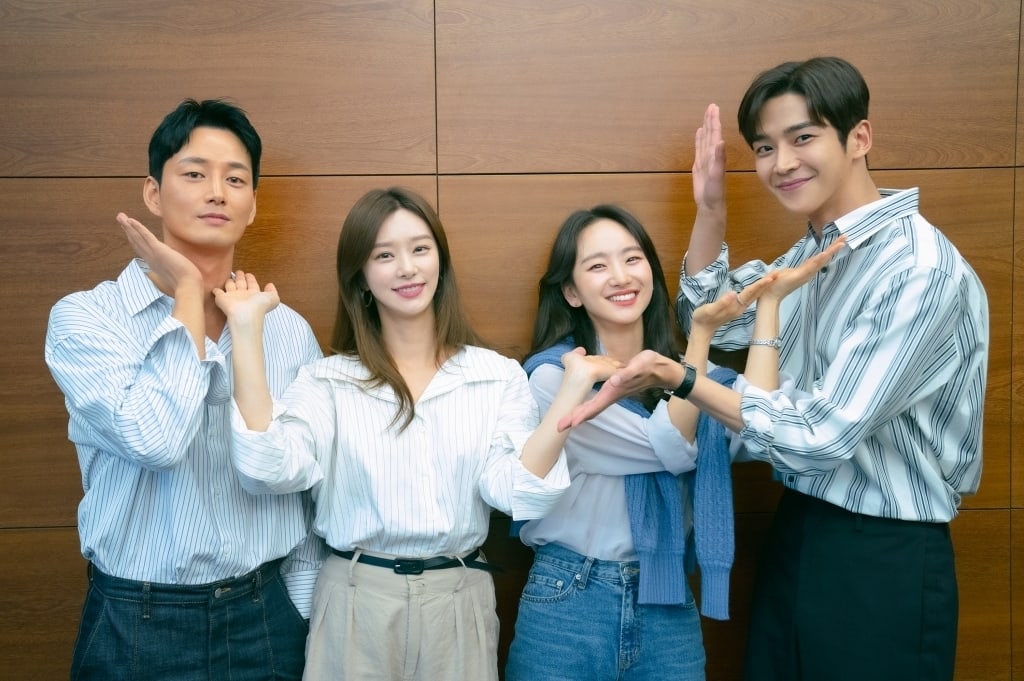 The drama’s production team commented, “The teamwork and chemistry among the actors was so great that the atmosphere was undoubtedly great as well. Everyone is doing their best so that this good energy can be relayed to our viewers. Please look forward to it.”

“She Would Never Know” premieres in the first half of 2021 following the conclusion of “Live On,” starring NU’EST’s Minhyun and Jung Da Bin.

Check out a teaser for “Live On” below!