BTOB’s leader Eunkwang has been appointed an honorary ambassador of his hometown Yongin!

Baek Goon Ki, the mayor of Yongin, shared, “Seo Eunkwang was born in Yongin and graduated from elementary, middle, and high school here. While in school, he consistently competed in and won awards at the Yongin Youth Dance/Singing Contest, becoming someone who fulfilled his dreams of becoming a singer and now represents Yongin. He’s been appointed an honorary ambassador of Yongin because his history of persevering and working hard to fulfill his dream and become the leader of a popular group matches up with Yongin’s image of trying new things and developing.”

He continued, “I am so happy to appoint BTOB’s Eunkwang, who represents K-pop, as an honorary ambassador of Yongin. I look forward to his positive role in conveying a message of hope to all youth of Yongin.” 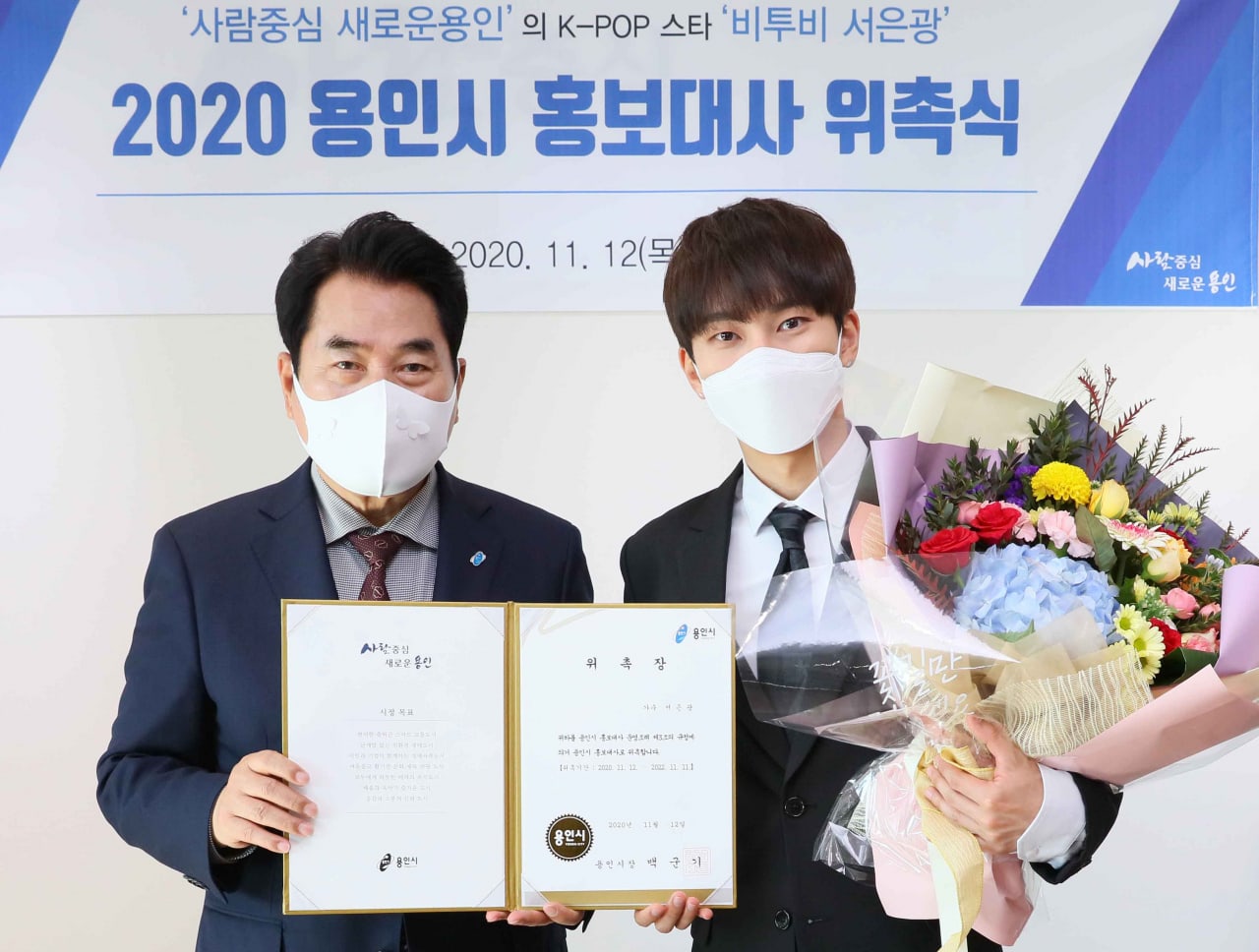 For the next two years, Eunkwang will participate primarily in promoting the city’s policies and reinvigorating its festivals, culture, and local economy. He will also promote the city’s image by making their tourist destinations more well known, such as the Holy Land of St. Kim Daegeon and the Yongin Agriculture Theme Park.

Eunkwang also took to his personal Instagram account to share the news and express his excitement. He captioned his post, “Hello, this is Yongin’s son BTOB’s Seo Eunkwang. It’s such an honor to be an honorary ambassador for Yongin where I was born and grew up in. It’s all thanks to Melody [BTOB’s fans]. Please give our Yongin lots of love.”

After his discharge from mandatory military service this past June, Eunkwang has released a solo mini album and made appearances on numerous variety shows and in musicals. He is currently preparing for BTOB 4U’s unit debut on November 16.