On the latest episode of “The Return of Superman,” Sam Hammington prepared a special surprise for his sons William and Bentley—with the help of actor Lee Sang Yeob!

During the November 15 broadcast of the KBS reality show, William and Bentley showed interest in doing “grown-up things” like drinking coffee, wearing their dad’s clothes, and growing beards. In response, Sam Hammington built the boys a “time machine” so that they could travel to 2040, then put them to bed for a nap.

While the kids were sleeping, Sam Hammington snuck his friend Lee Sang Yeob into the apartment so that he could pretend to be Bentley from 20 years in the future. After practicing some of Bentley’s favorite phrases and learning to imitate his facial expressions, Lee Sang Yeob waited in the living room for the boys to wake up.

William was the first to emerge from his bedroom, and he was shocked when Lee Sang Yeob called him his older brother, affectionately greeting him as “Hyung!” Lee Sang Yeob then said to William, “Who do you think I am? I’m your younger brother Bentley from 20 years in the future! I’m Ben! I rode this [time machine] here from the future.” When William didn’t seem convinced, Lee Sang Yeob imitated Bentley running around the room and asked, “Hyung, did you forget what I look like?” 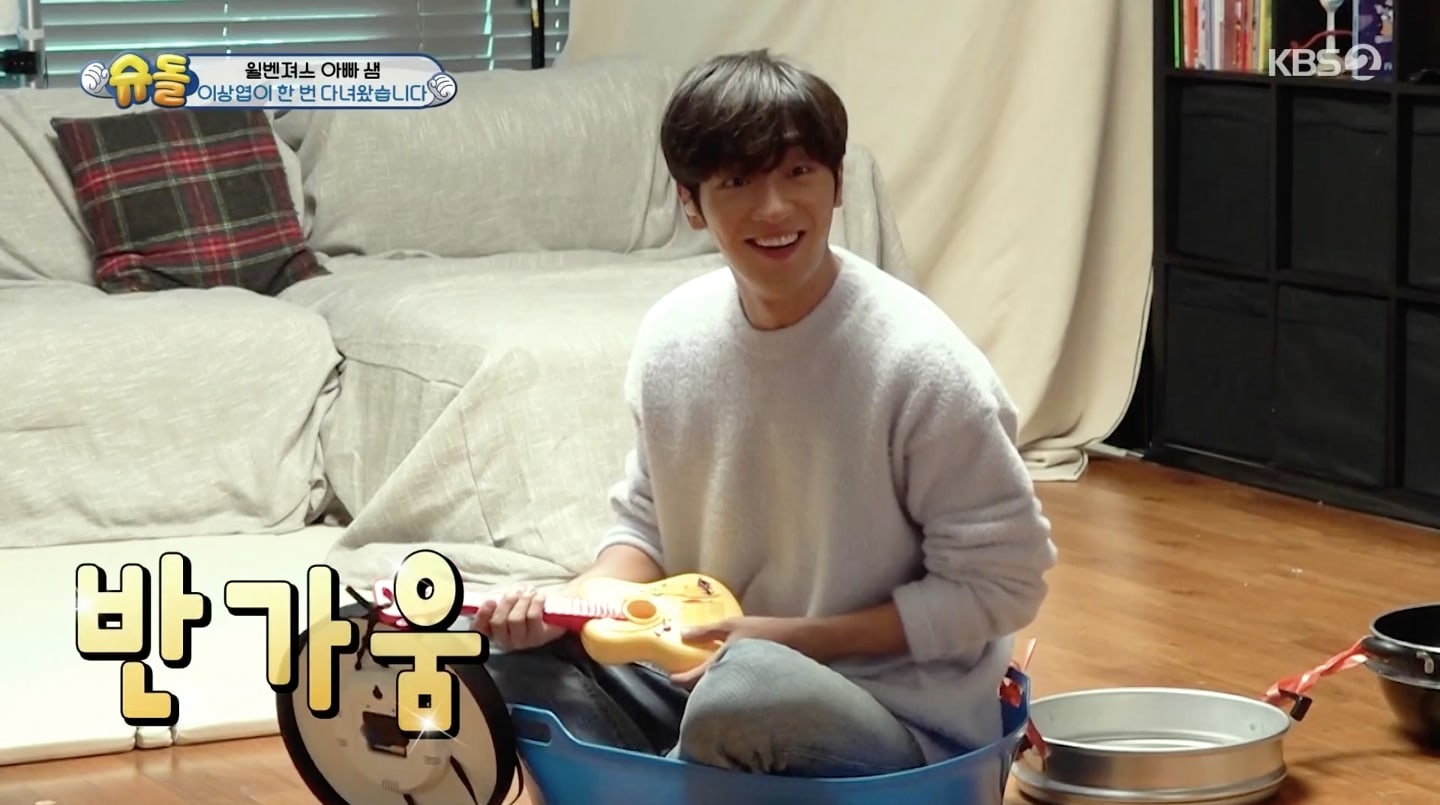 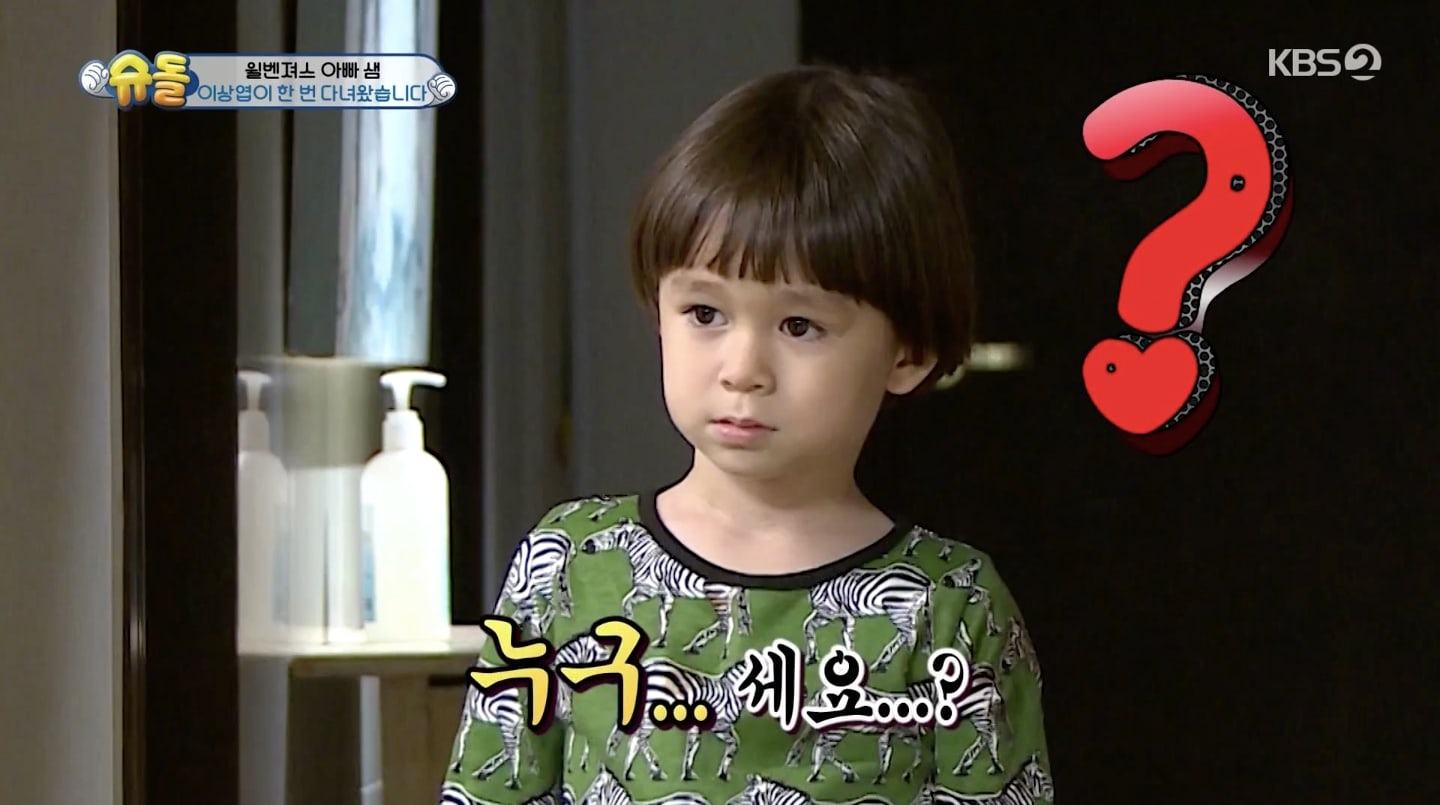 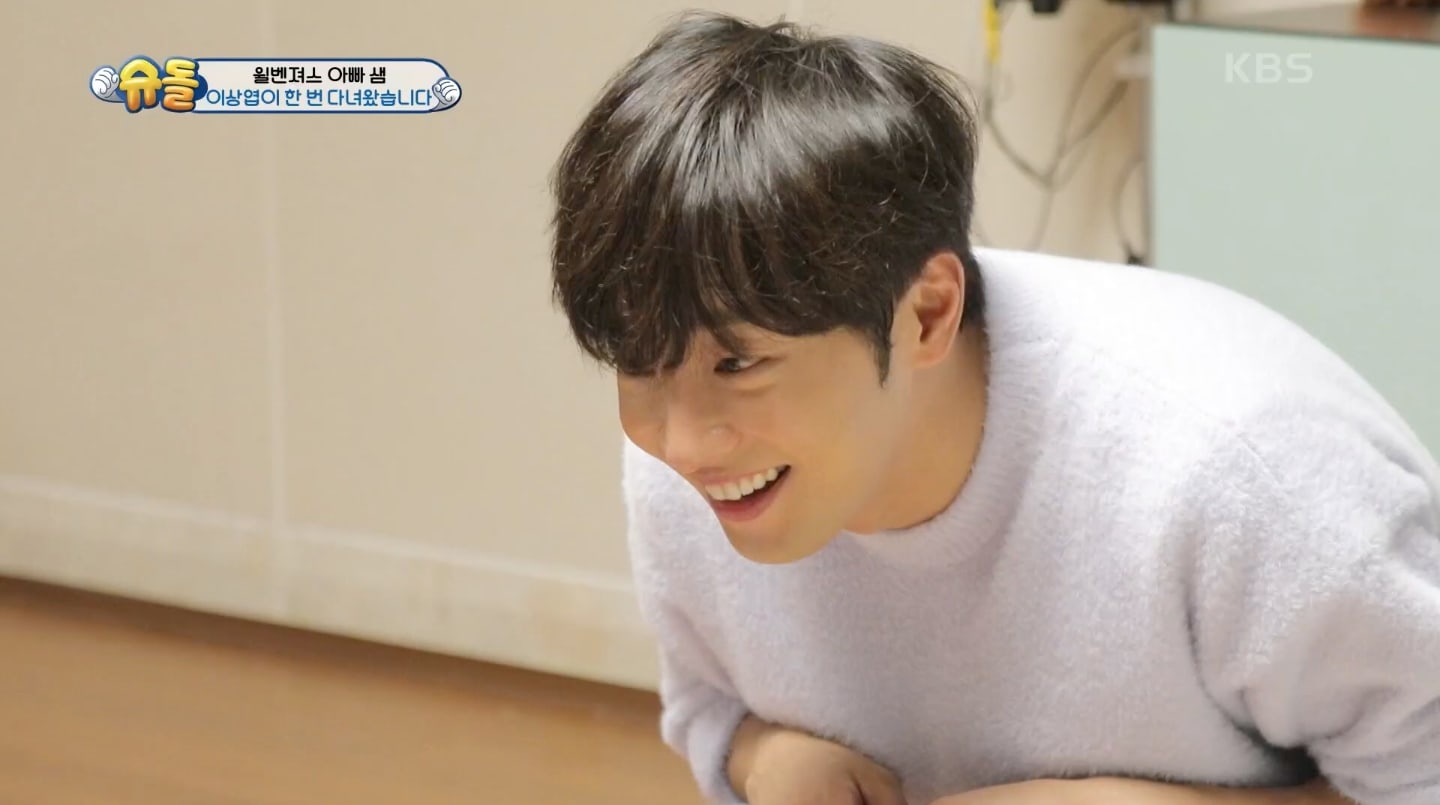 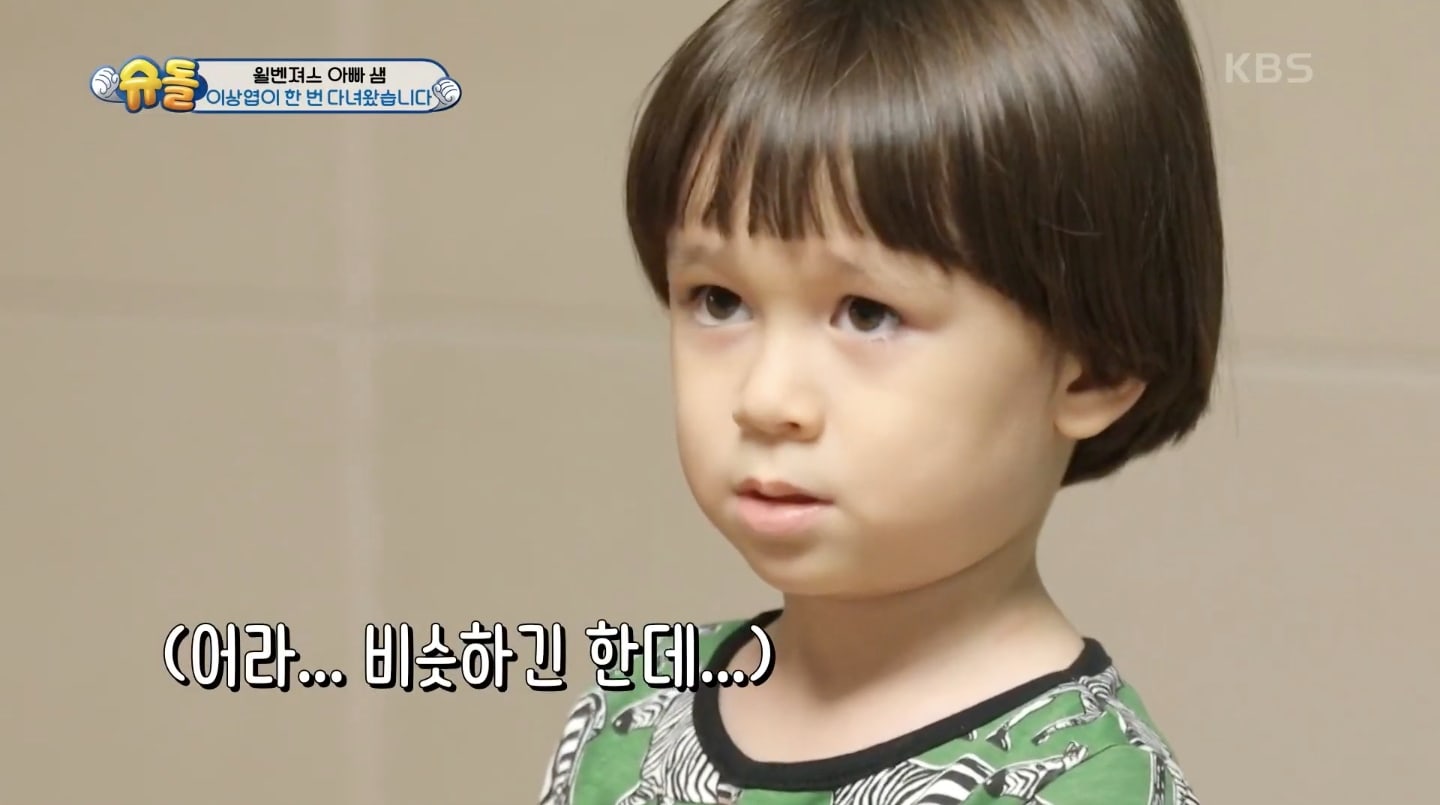 Shortly afterwards, Bentley joined the two “brothers” in the living room, where Lee Sang Yeob excitedly introduced himself as “Ben from the future,” adding, “You’ve grown up this much!”

When Bentley responded with disbelief, Lee Sang Yeob persuaded him by revealing that he had the same temporary tattoo as Bentley in the exact same place on his arm. Bentley then exclaimed, “Are you Bentley?!” 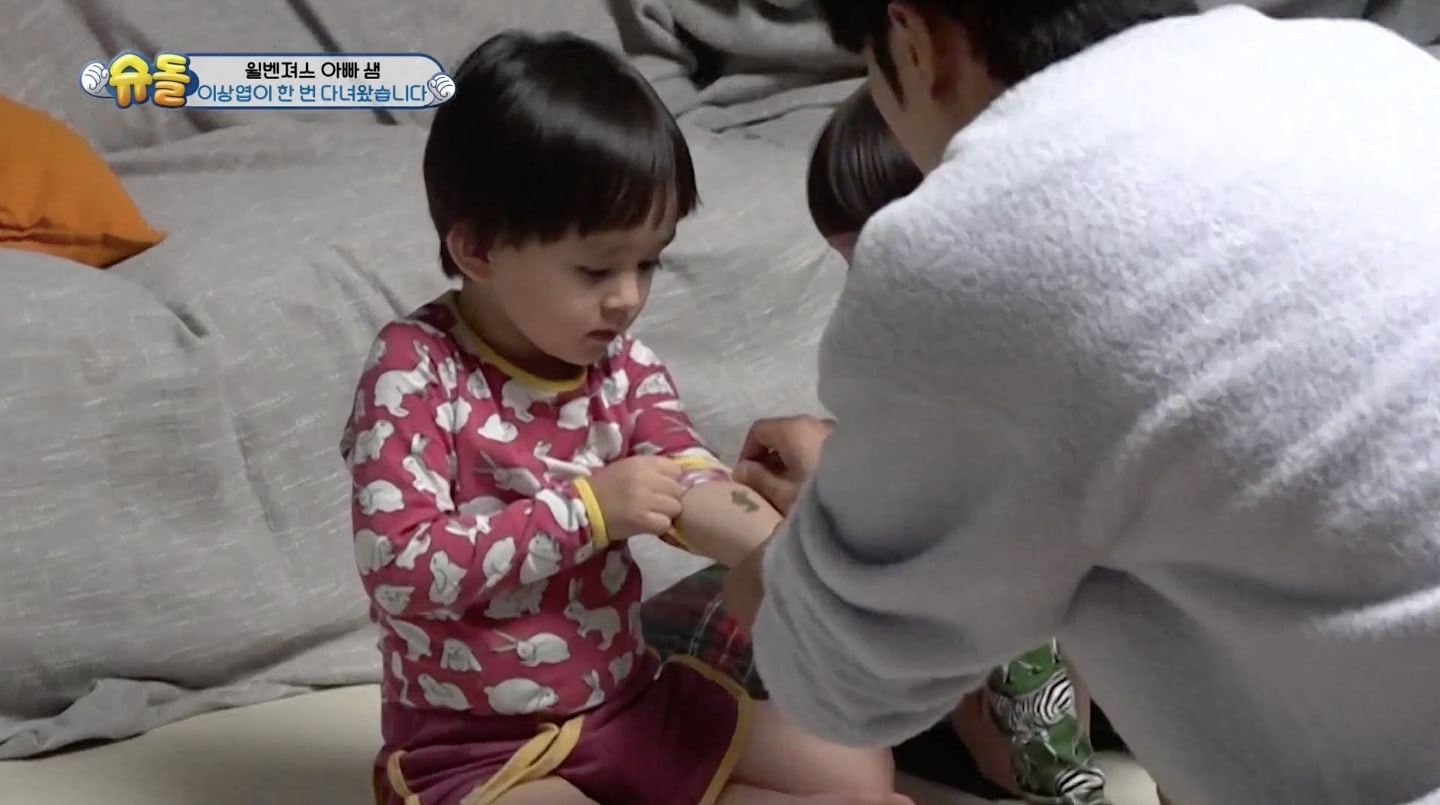 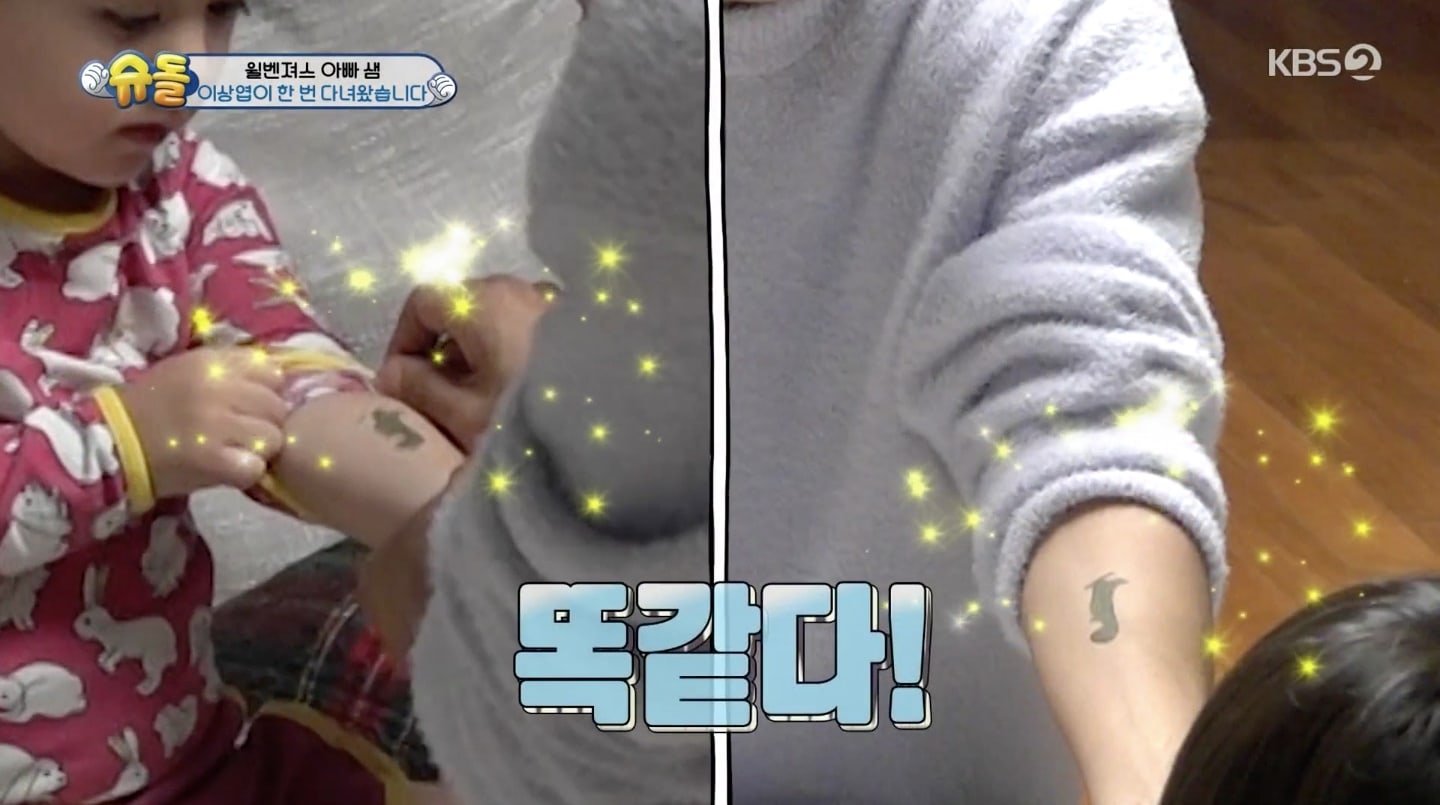 Finally, Lee Sang Yeob playfully told the boys that in the future, it only takes one second for food to be delivered after you make a phone call. He then demonstrated just how fast that was by pretending to order food on his phone—then having Sam Hammington immediately ring the doorbell, disguised as the delivery person.

When Sam took off his helmet, his sons were shocked to see that he now had white hair and eyebrows—as befit a man “from 20 years in the future.” He explained to his kids, “When you get older, this is what happens. I have all this white hair now because Bentley [caused me stress] by not listening to me when he was young.” 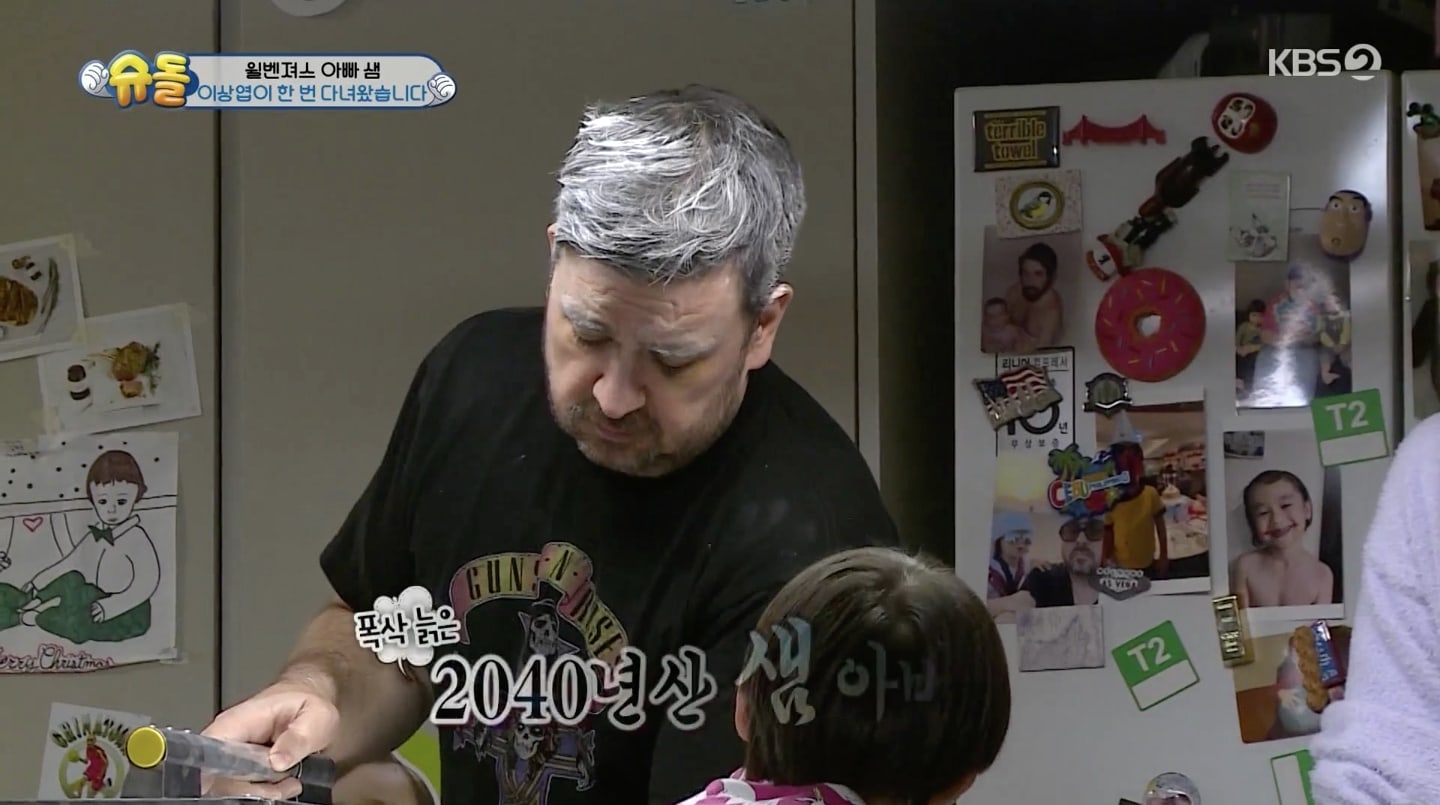 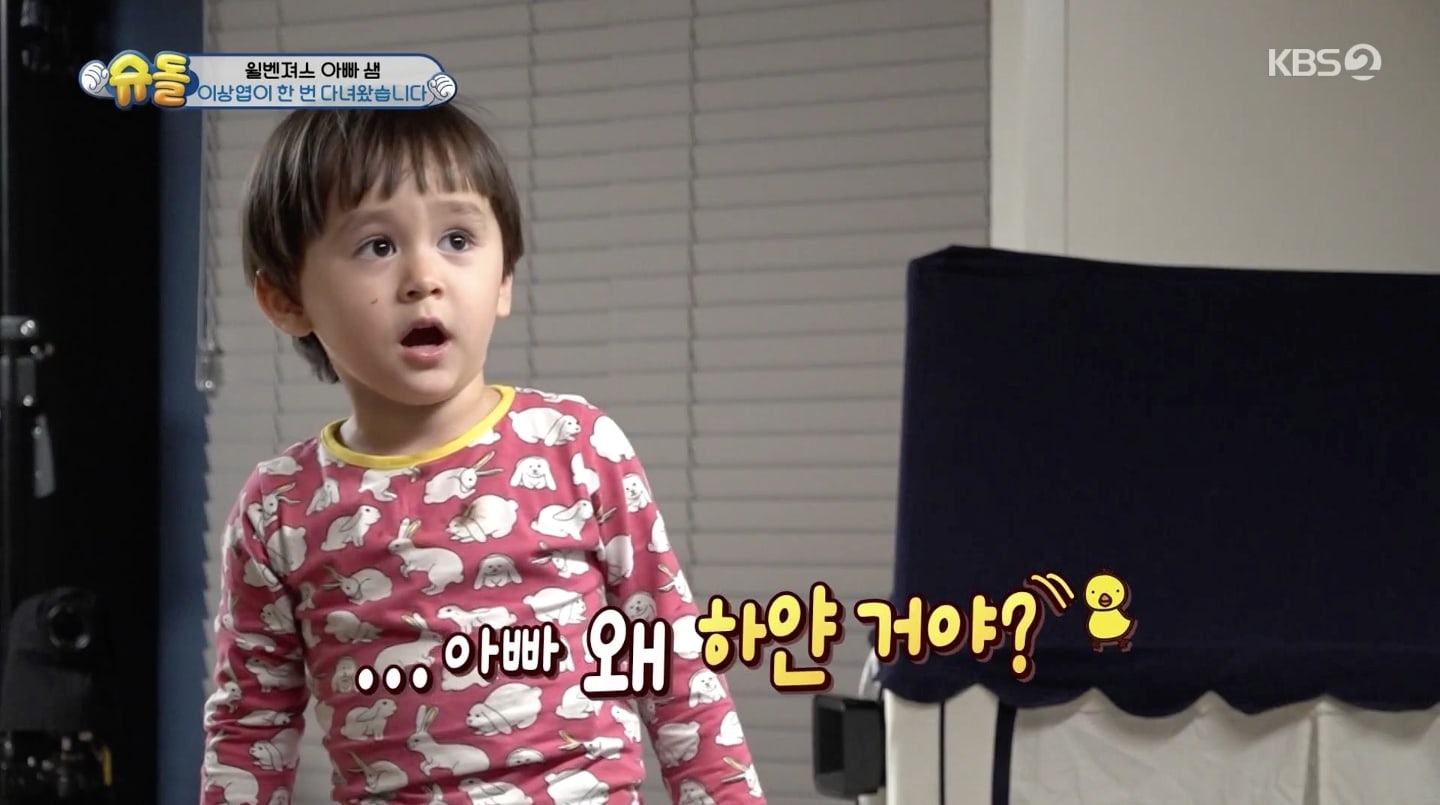 However, Bentley soon astutely observed, “But the back of your head is still black!”

As it turned out, Sam had hastily done his own hair and makeup in the bathroom before his grand entrance, and he hadn’t been able to see that the back of his head hadn’t been coated in enough white powder. 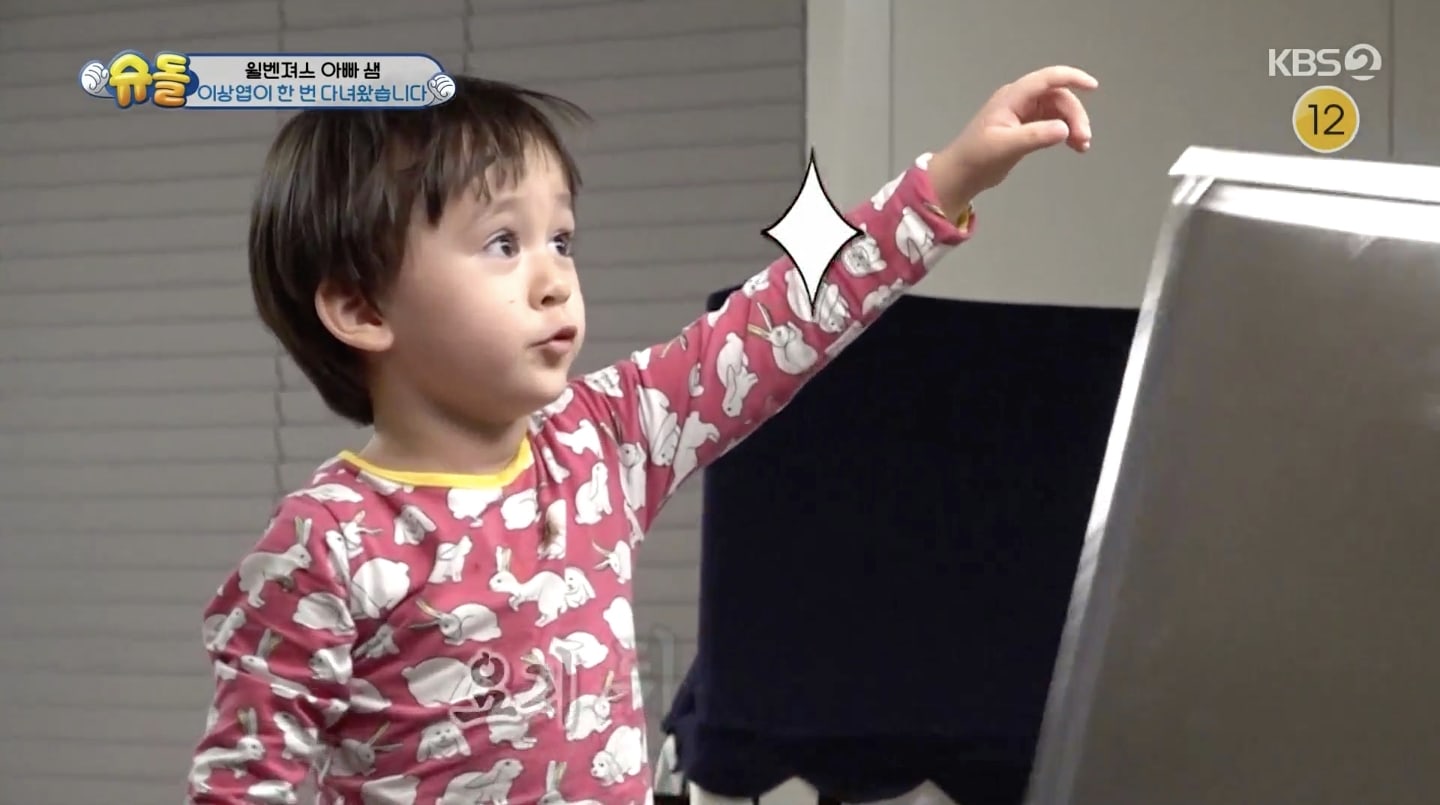 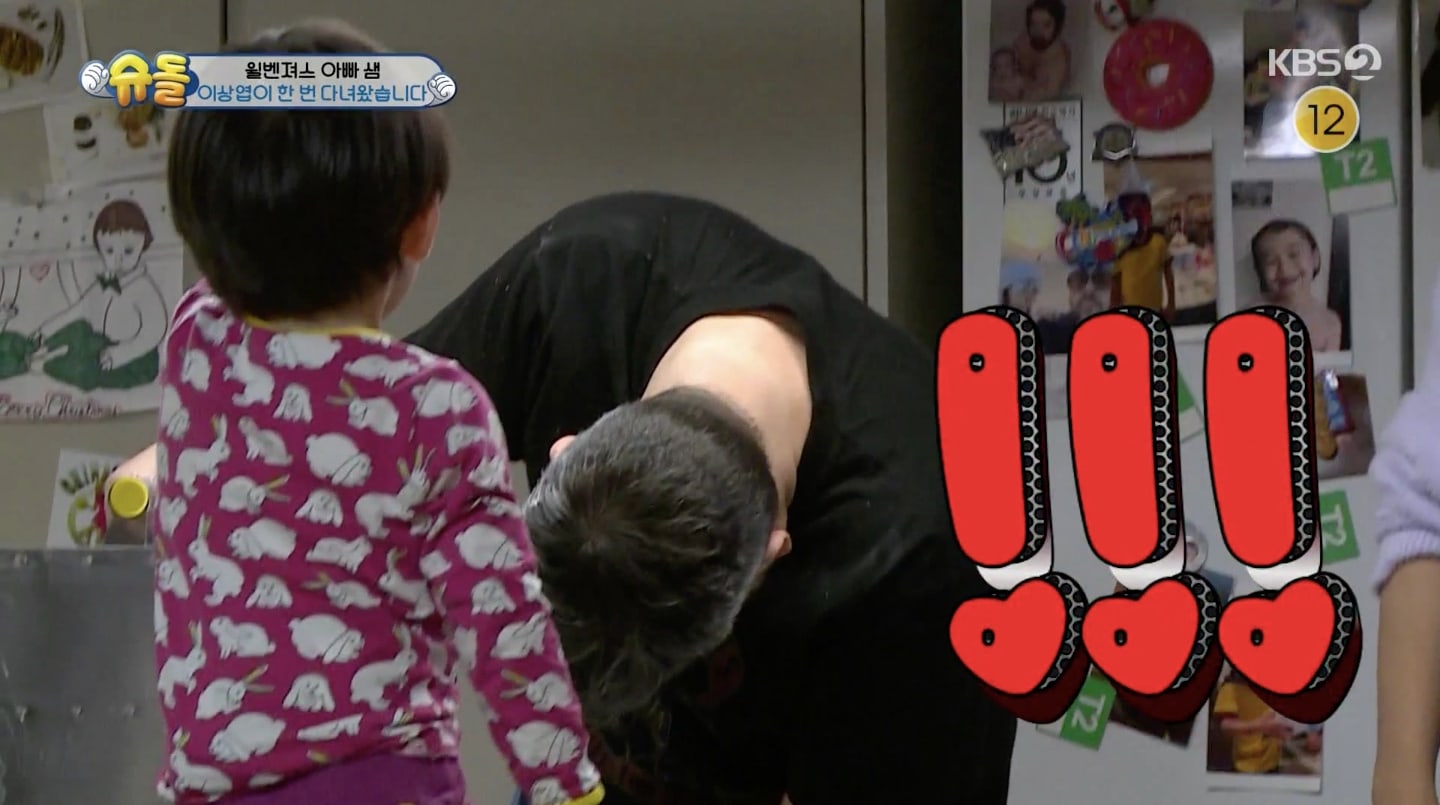 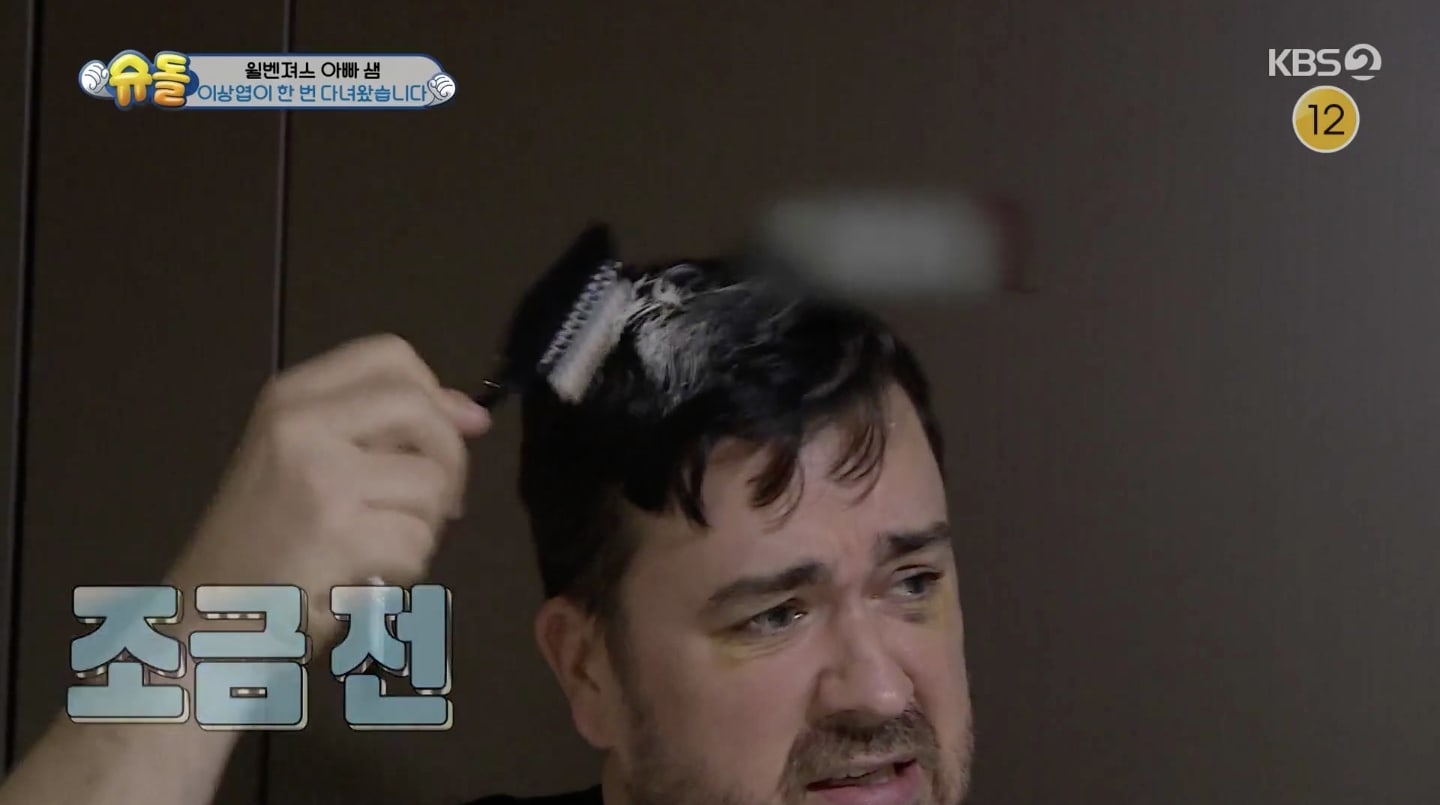 After they had all eaten together, “future Bentley” had to say goodbye and return to the future, and the boys were sad to see him go. Both William and Bentley declared that they wanted to go with him, but Lee Sang Yeob convinced them they needed to stay in their own time.

Sam told his sons to turn around and close their eyes while the time machine worked its magic, and after Lee Sang Yeob had snuck out the front door, they turned back around and were surprised to see that he had “disappeared.” William even adorably sniffed the time machine to see if “future Bentley” had really left. 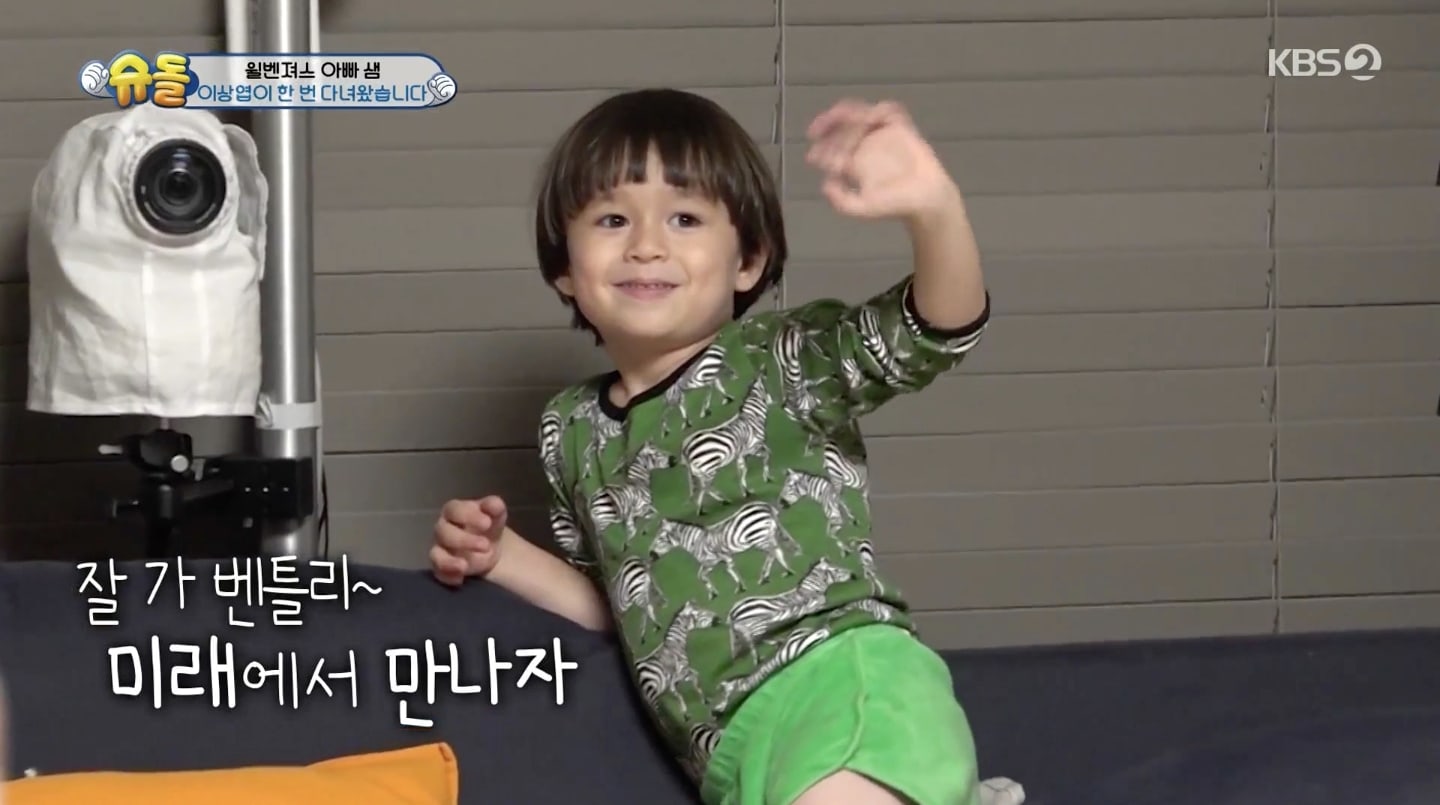 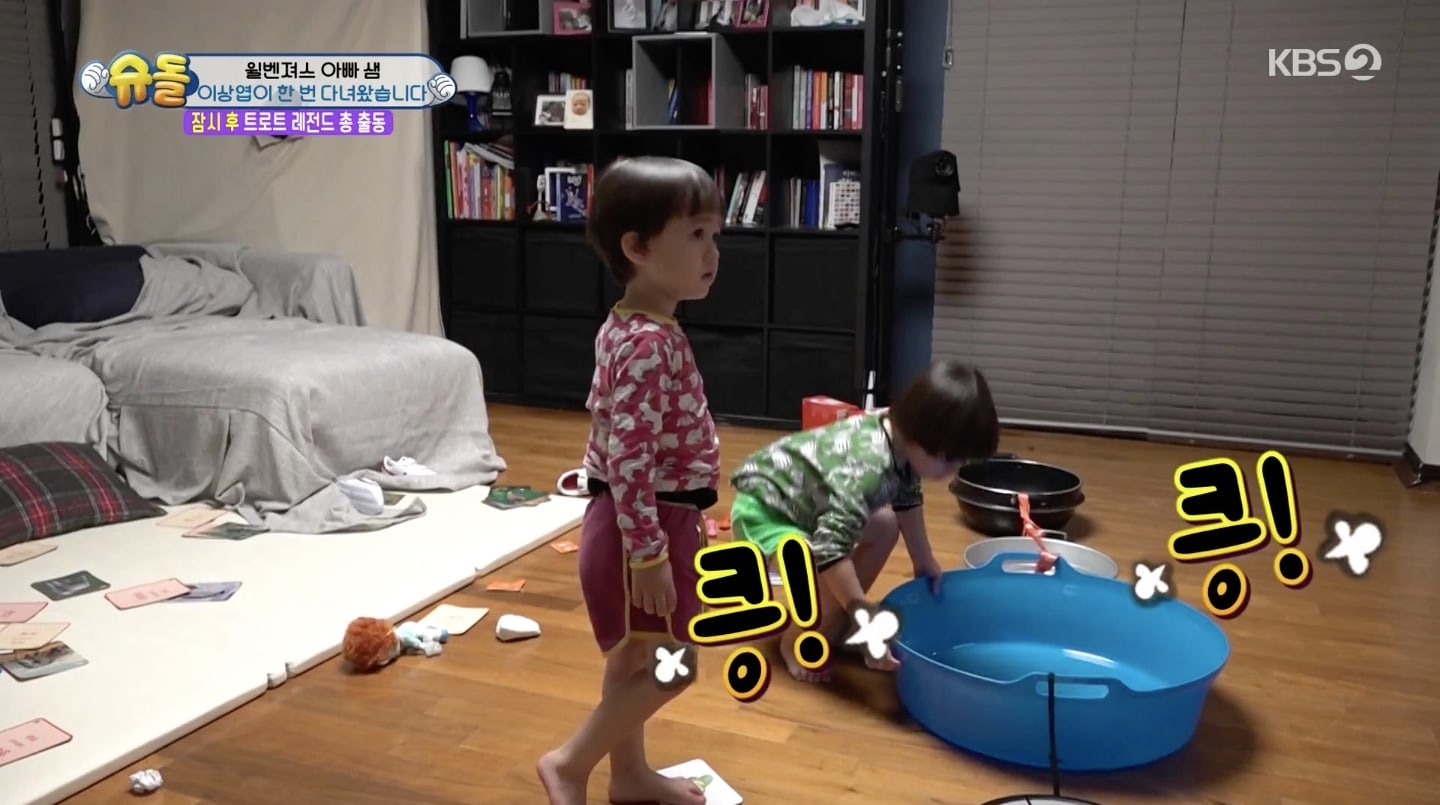 After the episode aired, Sam Hammington took to Instagram to share a cute photo from their special day together. He wrote in the caption, “Feels like a family photo,” and Lee Sang Yeob commented with an emoji to express his approval.

Meanwhile, Lee Sang Yeob shared his own adorable photos with William and Bentley on his own Instagram account, adding the hashtag “The Return of Superman.”